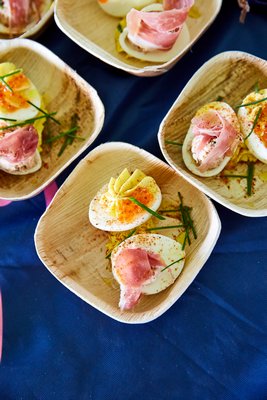 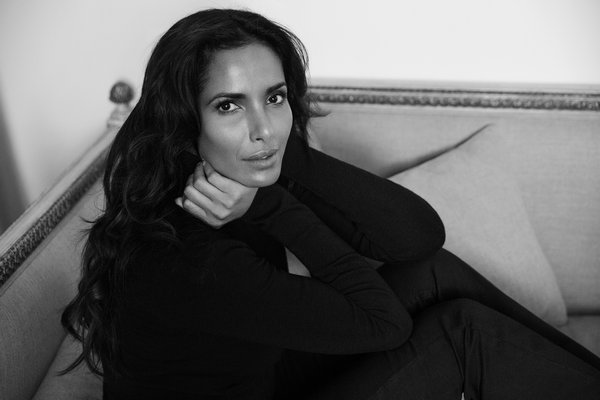 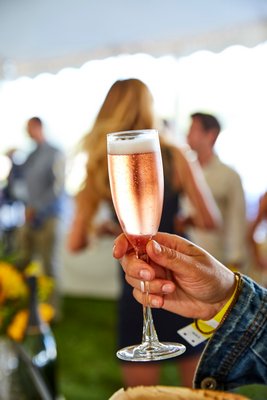 Padma Lakshmi is the 2018 Chefs and Champagne honoree. INEZ & VINOODH 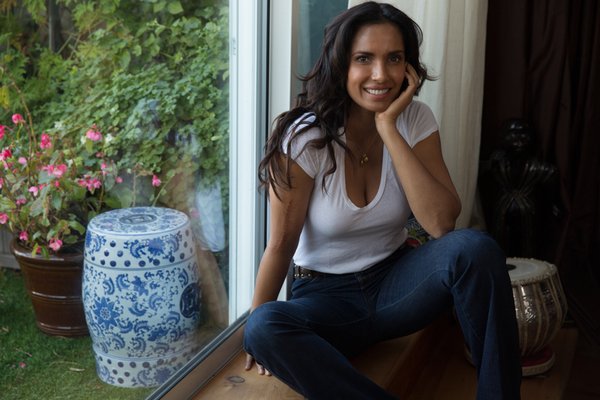 Ms. Lakshmi’s rise to fame may feel as if it happened overnight, but her career, in fact, has been a long, circuitous one. Born in 1970 in Chennai, India, she moved to New York in early childhood following her parents’ divorce. In 1992, while studying abroad in Spain, she was noticed by a modeling scout, which marked the beginning of her public career. A few years after she was discovered, Ms. Lakshmi published her first cookbook, “Easy Exotic,” which earned her the 1999 Gourmand World Cookbook Best First Book award.

From there, Ms. Lakshmi’s food career blossomed, culminating in her role at “Top Chef” (she joined the show in 2006, its second season). But her interest in food extends back further. “I always loved food and I always loved buying cookbooks,” Ms. Lakshmi said. “I was a financial aid student and I didn’t have a lot of money. All of the books I was drawn to the most had [James Beard’s] gold seal embossed into it. It’s the cookbook version of being Oscar-nominated.”

During her tenure at “Top Chef,” Padma Lakshmi has explored regional cuisine throughout the United States. “Those of us who live in big cities tend to be arrogant,” she said. “But actually, there’s good food all over the country. One thing that has been a great benefit of ‘Top Chef’ and moving the show with each season is that I get to sample these great cities and states that I never would have had a chance to go to. When you’re there for six weeks, you have a chance to explore in a way that you wouldn’t be able to do as a tourist.” She expressed particular admiration for how “layered” regional cuisine is, a nuance she feels the James Beard foundation recognizes, too. “James Beard is on the ground in a way that no other organization is,” Ms. Lakshmi said. “They suss out people who are doing interesting things in restaurants.”

Although Ms. Lakshmi remains among the rare celebrities without a home in the Hamptons, she travels out east with some regularity. Preferring a low-key approach to the Hamptons lifestyle, she admires the bounty of Eastern Long Island. “The minute I get to the Hamptons, I go to the farm stand or the butcher,” she said. “To me, that’s the cool Hamptons—that’s the identity of the Hamptons that most appeals to me. The beauty of New York is that you can get anything you want. But if you do what I try to do, and just buy from local farmers, then you’re that much closer to the food you’re eating. You’re breathing the same air. I think there’s something to be said for that simple life. I’m eating food that was grown five miles from here. I’m living in a much more organic way, as I would if civilization hadn’t intervened. And yet you still have the convenience of being somewhere very modern.”

And what does Padma Lakshmi eat out east? Whatever comes from land or sea, to start. When her 8-year-old daughter returns from crabbing with a fresh haul, Ms. Lakshmi—who travels with her own spices—makes a big curry, a nod to her culinary heritage. Ms. Lakshmi’s entrée into the Hamptons scene included a summer rental at “Catch-22” author Joseph Heller’s East Hampton home, and she remains committed to the art culture for which the hamlets east of the canal are known. That culture includes a dedication to finding food from here and eating it here.

Notably, Ms. Lakshmi has been outspoken of late regarding her feelings about politics and American policy. Her Twitter feed teems with political posts, and she has made no bones about her feelings regarding the current administration. In March of this year, during the “Top Chef” season finale, she asked co-judges Tom Colicchio, Gail Simmons, Graham Elliot, and Jonathan Waxman to join her in sporting Planned Parenthood lapel pins, a move that made some waves in the Twitterverse. Should food be a safe space, or a political battlefield? Ms. Lakshmi stands firmly on the side of politicization. “It doesn’t get any more political than food,” she said. “Food is the thing that we need to survive. Right now, we’re moving toward a society that protects the strong. We need to remember that laws are made to protect people who cannot protect themselves.”

Tickets for Chefs & Champagne on Saturday, July 28, at Wölffer Estate Vineyard in Sagaponack honoring Padma Lakshmi are $225 for James Beard Foundation members and $300 for the public. They are available at jamesbeard.org.