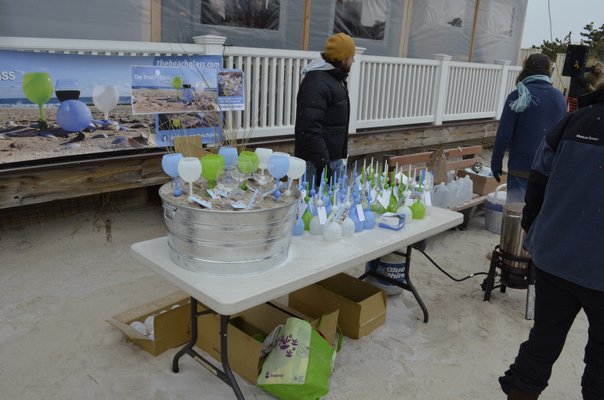 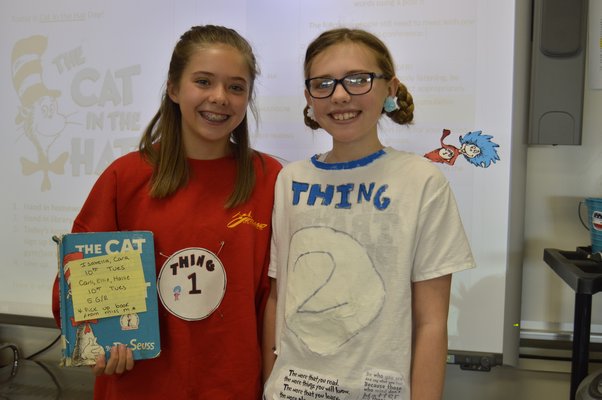 Tuckahoe School sixth-grade students Ellie Hattrick, left, and Hallie Beeker dress up as Thing 1 and Thing 2 from "The Cat in the Hat" to celebrate Dr. Seuss Week at the school. ALYSSA MELILLO 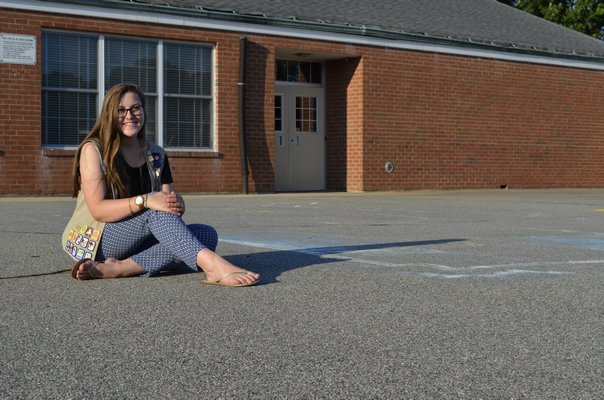 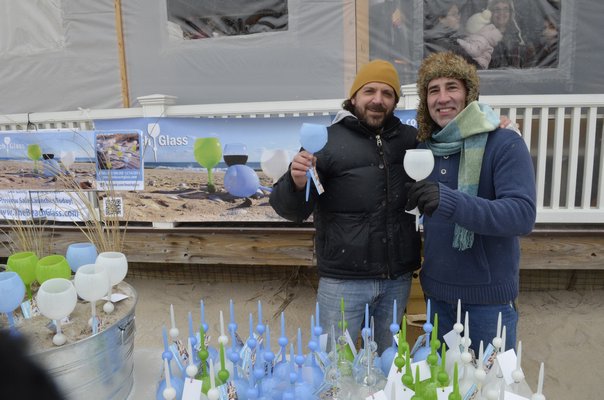 Most people, if they were drinking in the backyard with friends and the bottom of their wine glass shattered on the ground, would simply get a new one.But Southampton resident Jason Klinge had a different idea: he simply stuck the sharp, pointy edge of his chalice into the ground and declared it to be fine. That moment of tipsy ingenuity one year ago led to a moment of clarity, when Mr. Klinge and a friend, David D’Agostino of Tuckahoe, decided they had stumbled onto a viable and much needed product.

This winter, the pair launched their first company together, Beach Ware LLC, with their first product—the Beach Glass. The acrylic Beach Glass has a pointed stem designed to stand in sand, dirt and snow, to keep the elements out of a drink.

“It was such a simple idea,” Mr. Klinge said in a phone interview this week. “As soon as I put it in the ground, we both looked at each other and said, ‘Hey, this could be something.’”

The glasses, which are dishwasher safe and can handle both hot and cold beverages, are officially on sale on the company website, thebeachglass.com.

Available in blue, white, green and a clear version, the glasses are meant to resemble beach glass whose texture has been altered by ocean’s waves. Each one costs $9.50.

Now the two are working on a whole line of similar outdoor-friendly products, which they plan to launch in 2014.

Last week, Mr. Klinge and Mr. D’Agostino gave a preview of the Beach Glass, giving them out to the first 200 people to stop by their booth at the Polar Bear Plunge in Southampton. There was an uptick in sales on their website the next day.

“It was amazing,” Mr. D’Agostino said. “The reaction was just spectacular—people went crazy for them.”

The next step for the Beach Glass, whose patent is pending, is to find local retailers to sell the product. Mr. D’Agostino and Mr. Klinge are in the process of reaching out to local stores and have asked that anyone interested in carrying the product to contact them at sales@thebeachglass.com.

According to Mr. Klinge, one of the best things about the glass is its versatility beyond sandy shores. Friends have already tried it out in the snow and in the ground while camping. The glasses also float, making them great for use in a pool, he said.

“Just keep them in your bag and you will find a reason to use it,” Mr. Klinge said.

They can be ordered at thebeachglass.com. Updates about future products and designs will be posted at Facebook.com/beachglass.

“The glasses have immediate appeal,” Mr. D’Agostino said. “It is very clear what they do and what it is for, and everyone that goes out or to the beach needs it.”