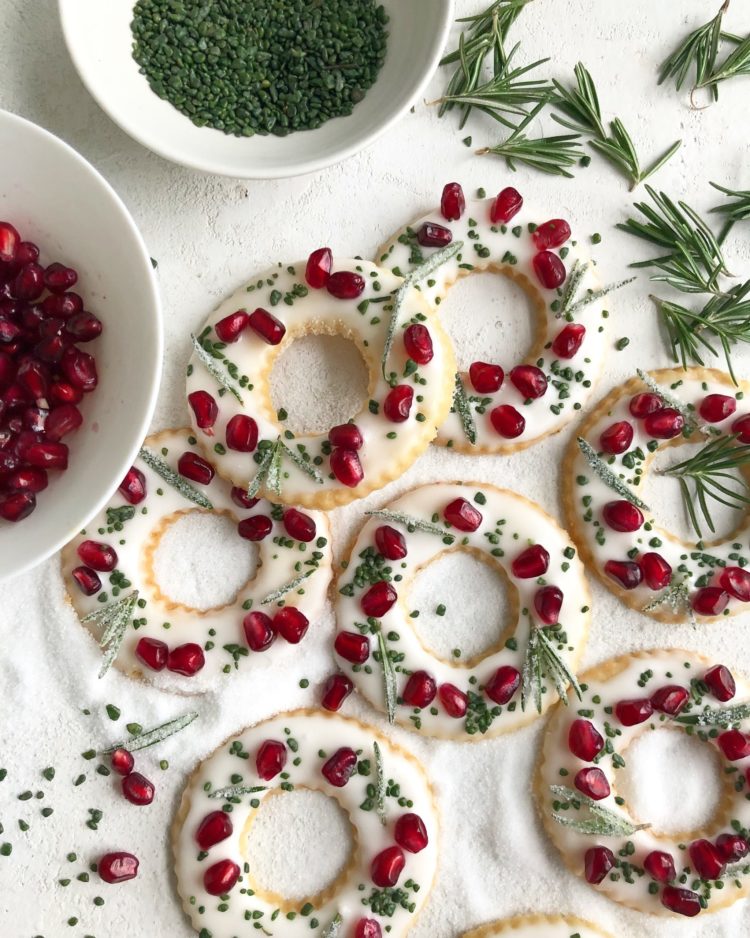 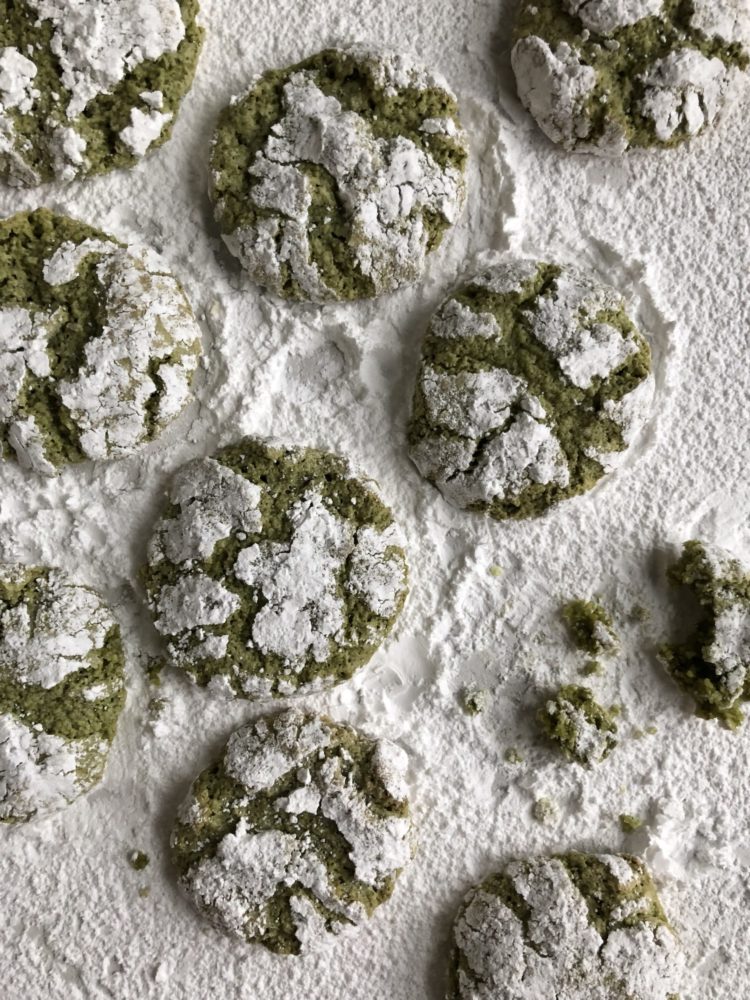 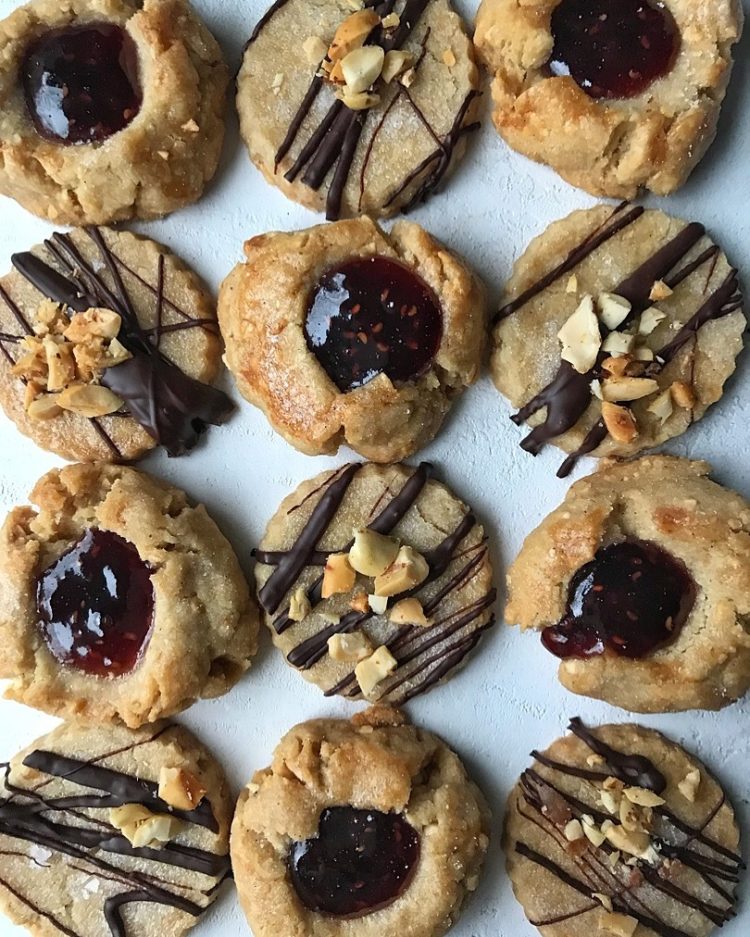 Spungen, whose broad career has included a position as the founding food editor at Martha Stewart Living, is more modest in her view of her cookie-baking prowess. She aims, she said, to “bring a lot of variety, but also bring something a little unexpected.”

The road to the ultimate holiday cookie is paved, it turns out, with hard work and preparation. For Spungen, holiday cookies are the cookies of inclusion.

“I’m Jewish, so I have a slightly different perspective,” she said. “But I feel like it’s one of those things that’s nondenominational. I always loved to bake. It seemed like an appropriate and a nondenominational thing to do.”

She reminisced about her first homemade gifts, made in her first apartment using a hand mixer.

“I always felt like a homemade gift is the best thing you can give,” she said.

But Spungen’s homemade holiday cookies — 12 of which are on dazzling display in the Times’ recent spread — are more than just feel-good homemade gifts. They are tiny works of art, the result of intuition and thought and planning and, yes, work. Her process, she said, involves an elaborate brainstorming session, full of research and notes scribbled on a legal pad.

“Google is part of it,” she said. “I’m also trying to avoid things that are overdone.”

Sometimes, she said, earnest scribbling develops into an idea.

Such was the case for the peppermint stripe cookie, the final cookie she developed for her newspaper spread, which became the cover cookie for the entire section. Inspired by the American painter and printmaker Ellsworth Kelly, Spungen dove into his work.

“I was having this idea,” she said. “What can I do with brushstrokes? So I just Googled brushstrokes. And that brought up the Ellsworth Kelly series of these rearranged squares that he would draw or paint on. And I was like: That’s so brilliant for cookies.”

The mesmerizing final product is a patchwork of squares bedecked with scarlet lines.

Sometimes, the inspiration in Spungen’s work is flavor. For her dirty Chai earthquake cookies, Spungen harnessed a flavor she associates with the holidays — spice — and allowed it to take a left turn into deeper territory. You won’t find a single molasses-based cookie in her holiday lineup this year, but the dirty Chai feels festive nonetheless, with a brooding spice that speaks to the season of open fires and mistletoe.

Her thumbprints are another example of creative norm deviation. These cookies, which are named for their thumb-sized indentation that houses a spoonful of jam, acquire a point of interest in Spungen’s hands. One version is rolled in pistachio and topped with currant jam, while another highlights the complementary flavors of pecan and dulce de leche.

“Everyone’s seen a thumbprint,” she said of the eponymous cookie. Hers, she said, needed to rise to the occasion. “The flavors are very important to me.”

Ideas, Spungen said — holiday and otherwise — come from a variety of places. Even the internet can aid in her thought process.

“I’ll see something [on the internet] that sparks an idea,” she said. “Maybe it’s something I did a long time ago. It just sort of helps me corral my thoughts.”

Her holiday cookies, specifically, are a marriage of classic and modern perspectives.

“I wanted to do things that were kind of rooted in tradition in some way, but also more modern in that they’re more about flavors and tastes.”

Of course, ideas come from everywhere, even Long Island. On the East End, Spungen finds inspiration among her peers. Claudia Fleming, the James Beard Award-winning pastry chef and co-owner of Southold’s North Fork Table & Inn, was once Spungen’s summer housemate in Sagaponack; the two remain close friends. “We’ve always inspired each other over the years,” Spungen said.

She considers Carissa Waechter’s new Pantigo Lane restaurant Carissa’s the Bakery a welcome addition to the neighborhood. “It’s just beautiful, and the food is exactly what I’ve always wanted there to be out here. Just simple, local,” Spungen said.

With the holidays waiting in the wings, but the cookie baking mostly complete, Susan Spungen can look forward, toward her next project. Her cookbook “Open Kitchen: Inspired Food for Casual Gatherings” will be released on March 3, 2020. Pre-order it at amazon.com.