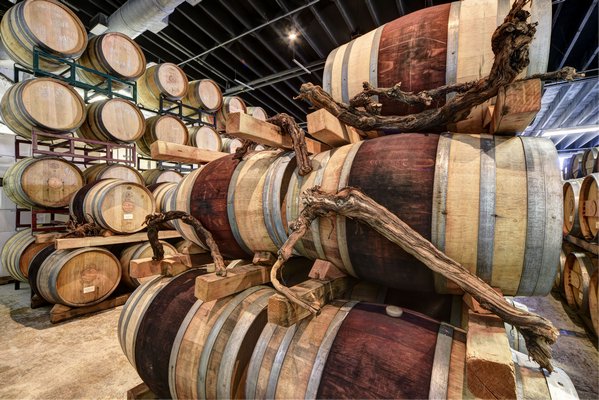 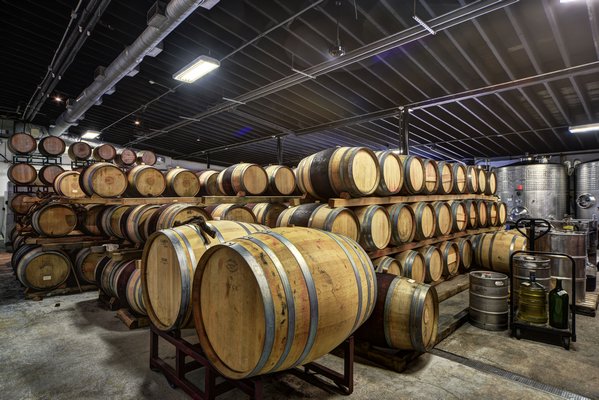 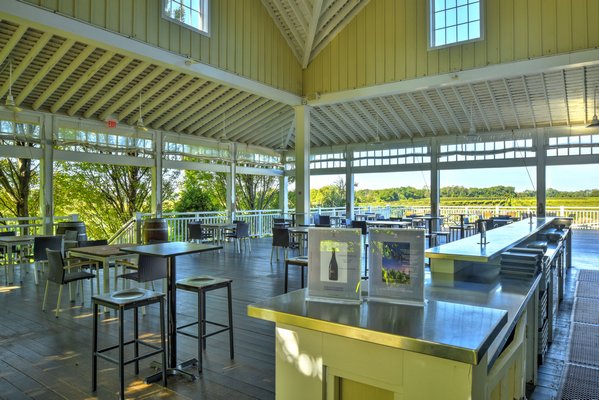 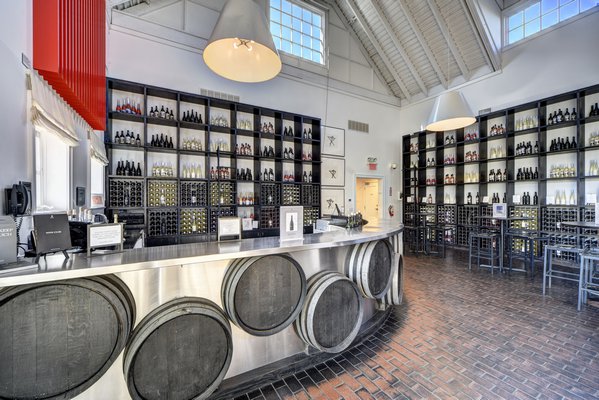 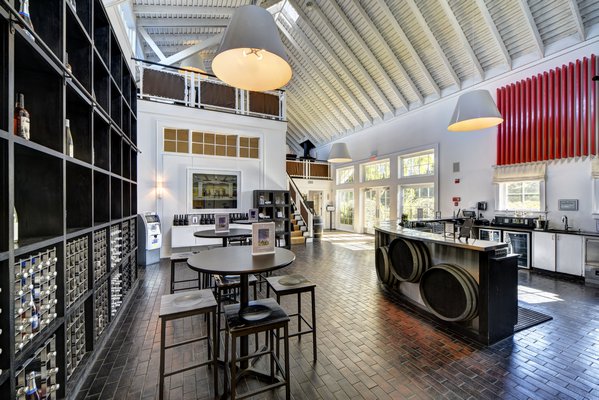 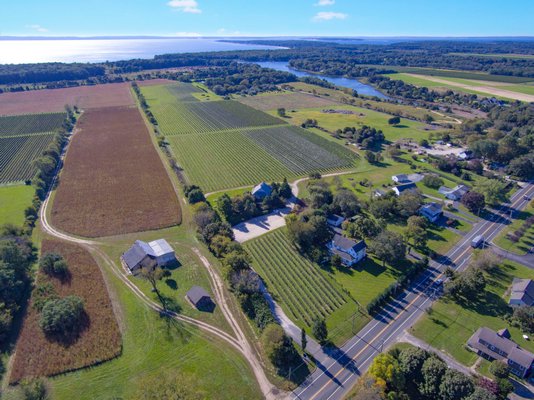 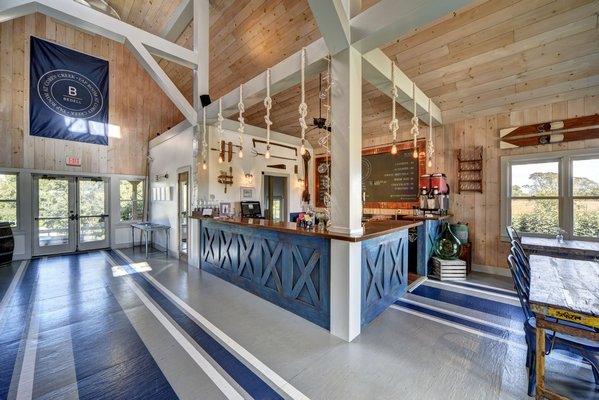 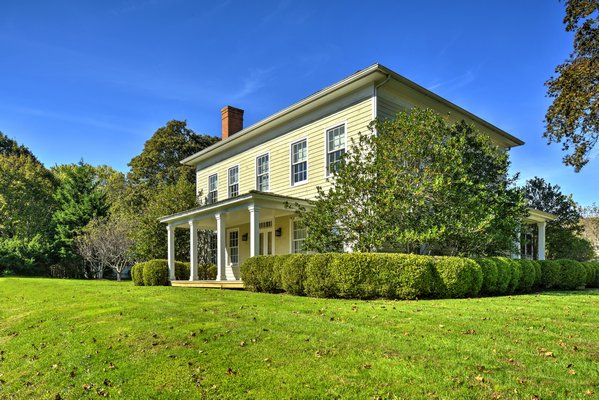 A residence on the Register of Historic Places. CHRIS FOSTER

Winemakers thirsty for land on Long Island should know: Bedell Cellars is on the market.

The renowned North Fork winery lost its owner, film executive Michael Lynne, on March 24, although, according to real estate broker Gary DePersia of The Corcoran Group, who represents the property, Bedell Cellars was actually on the market as a pocket listing in the months leading up to Mr. Lynne’s death.

“Michael knew what was going on. We put this quietly on the market a few months ago,” Mr. DePersia said. “We’ve been showing it for the past couple of months. Since the death of Michael Lynne, I’ve been given the mandate to open it up.”

The property is listed for $17.9 million.

The 95 acres are divided among three locations, and the sale would include ownership of both Bedell Cellars and Corey Creek. The 50-acre main property, in Cutchogue, includes established vineyards, a tasting room, a working apple orchard, an equipment barn and a production facility. The Cutchogue vineyard is planted to Chardonnay, Viognier, Sauvignon Blanc, Gewurztraminer, Albariño, Riesling, Merlot, Malbec, Petit Verdot, and Syrah. The parcel also includes an 1,800-square-foot cottage on nearly 3 acres, which is listed on the National Register of Historic Places and has functioned as the Lynne family residence. The main property is home to an events pavilion that can accommodate large private parties.

Southold’s Corey Creek, also part of the Bedell sale, constitutes 22 acres of land, as well as a vineyard and tasting room, while the Wells Road Vineyard, planted to 25-year-old Merlot, Cabernet Sauvignon, and Cabernet Franc, is vineyard only. All of Bedell’s vineyards have been, historically, completely sustainable and dry-farmed. Whether or not those practices will continue once a new owner steps in remains to be seen. Each year, Bedell hosts more than 100,000 visitors and numerous events and weddings. Their critically acclaimed, estate-grown wines are represented in more than 12 states and 250 New York restaurants.

The property’s value, Mr. DePersia said, is as a vineyard. “There’s not enough residential property there to make it anything else. Michael Lynne spent years and money making it what it is today.”

New owners will inherit, of course, the established vines, which may be the most important part of this particular real estate transaction.

“There are vines that have been there for 40 years. Why would you start again?” Mr. DePersia said. “Someone who’s keeping it as a vineyard is definitely keeping the vines.”

Given the high-level equipment and designated space included in the sale, this is definitely a purchase for a winemaker looking to relocate or expand.

Still, the current iteration of Bedell Cellars remains up in the air. While Mr. DePersia conceded that “there has been serious interest” in the property, the fate of the vineyard is uncertain.

“I’ve had interest on this all along, because I’ve emailed this to people around the country and people in the wine industry for a couple of months now,” Mr. DePersia said, indicating that there had been widespread interest as far as France and California. Whether or not the property’s new owners keep the operation as-is, however, retaining the winery’s technique and staff, will be dependent on who eventually buys Bedell.

Mr. DePersia did not disclose any information pursuant to interested parties, but he did say that there had been conflicting views as to how to proceed.

“There’s a buyer who would continue with it exactly where it is,” he said. “Other people who might be in the wine business might bring in their own people. I know we’ve had people look at it who have talked about keeping the employees intact. I think that anyone who looks at this is going to have their own idea of what to do with it.”

The future of Bedell Cellars and its superlative wines will lie in the hands of whomever purchases the property. It will be interesting, then, to see the evolution of Bedell. Will the wines and winemaking stay the same, representing a benchmark brand on the North Fork? Or will the new owners choose a different tack, exhibiting different stylistic preferences? It is too soon yet to know what lies in store for Bedell, but the winemaker who inherits these esteemed vines is a lucky winemaker, indeed.