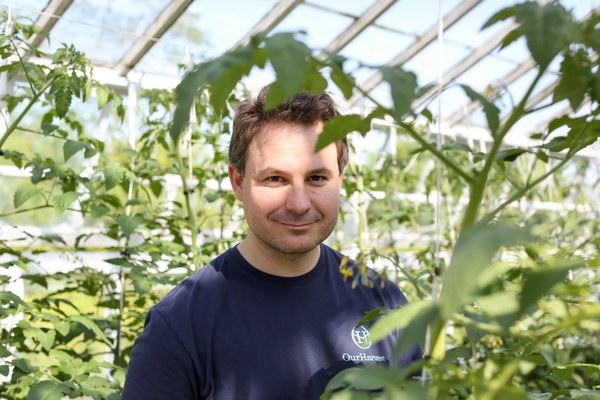 Michael Winik, CEO and founder of OurHarvest. COURTESY OUR HARVEST 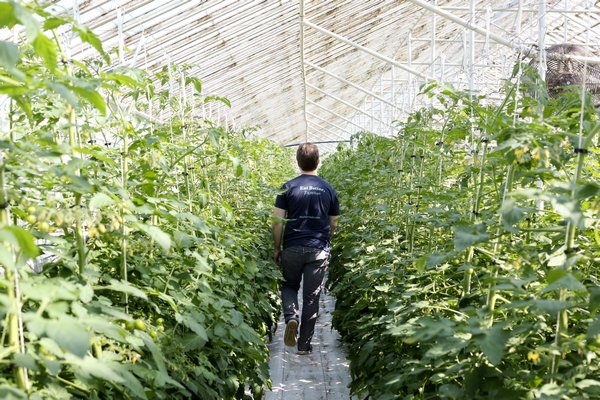 Hand-made pottery is made by hundreds of artisans in Mexico. MARSHALL WATSON 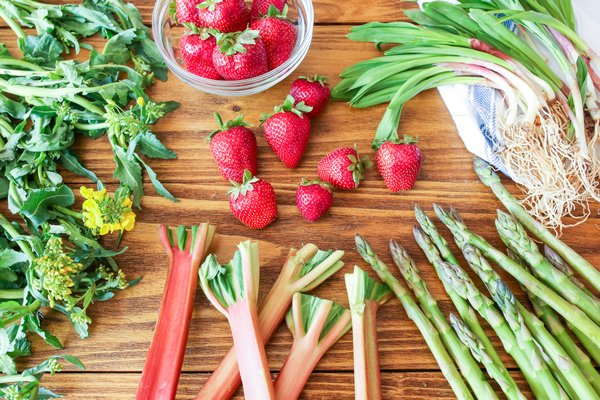 2018 may just be the year of food delivery—on the East End, that is. Increased demand, fueled by the popularity of meal services like Blue Apron, has opened a market for shoppers east of the Shinnecock Canal.

Bridgehampton’s King Kullen, Riverhead’s Goodale Farms, and Stop & Shop’s Peapod program all deliver to most of the East End. And, as of a few weeks ago, East End denizens can add OurHarvest to that list.

The company, which defines itself as an “online farmers market,” launched in 2014 and serviced Brooklyn, Manhattan and western Long Island. It was always meant to be an alternative to large grocery stores, providing shoppers with local, curated options while saving them the time of rooting through wares at their local farmer’s markets.

“My wife and I were shopping at a grocery store, and the price was extremely expensive and the quality was not great,” said Michael Winik, the CEO and founder of OurHarvest. “We had just been out to Wickham’s Fruit Farm [in Cutchogue] and had just had some of the best apples we’d ever had.”

The idea occurred to Mr. Winik, who, at the time, was working as a successful investment banker: Why not collaborate with a list of tri-state area farmers and source products directly from them?

“Food was always my passion,” he said. He spent a year studying the food market and another year getting his passion project off the ground. He noticed a trend: Farmers made nearly no money selling to large companies, and food spent weeks in transit; it was the middle man who was making all of the money, at the cost of both quality and local economics.

OurHarvest’s first deliveries, four years ago, began with five farmers, mostly from Long Island’s East End. Those five farmers, selling about 20 products, have increased over time. The company now partners with roughly 200 farmers throughout the New York area and represents about 1,000 products. Ninety percent of the goods come from within a few hundred miles of the New York metropolitan area.

This year, in order to expand their footprint, OurHarvest has started delivering to the South Fork—their reach extends to the outskirts of East Hampton, though they do have plans to represent Montauk in the future. Deliveries, which are arranged online, take place within a window on Saturday mornings. Shoppers can expect to find some of their favorite local farmers and vendors represented, including Briermere Farms, Satur Farms, Wickham’s Fruit Farm, the Milk Pail, Invincible Summer Farm, Divine Brine, the North Fork Chocolate Company and North Fork Potato Chips.

Because of the method by which Mr. Winik arranges his company—orders are placed digitally, farmers are contacted, orders are picked up and repacked, and delivery occurs within 36 hours of farm dropoff—the food is fresher than anything one might find at the grocery store.

“We’re carrying less inventory and ordering more frequently from farmers,” Mr. Winik said. “Part of the challenge for me, as someone who loves to cook, is that I can never get to the farmers market, just because of timing. Someone tastes the quality of what they’re getting and they order again. We’ve done almost no marketing. Pretty much everyone who orders, re-orders.”

Available products range from in-season produce to pastured meats to eggs and dairy to local seafood. Prices are competitive—but, in some cases, they are noticeably lower than prices from East End purveyors.

While the first delivery is free, subsequent deliveries do incur a fee, which charges based on distance traveled. (The company’s warehouse is in Hicksville, as is the 20-person company itself.) For customers looking to bypass this fee, there are two pick-up options available for Saturdays: Sprouts by the Patch farm stand in Bridgehampton, and the South Fork Kitchens on the Southampton campus of Stony Brook University.

Eventually, OurHarvest hopes to expand its eastern delivery dates. The service will also extend year-round, with the goal of bringing local farms outside of Suffolk County to the people of the East End.

“We try to extend our season for everyone in the region,” Mr. Winik said. “We’re able to extend and expand the local season. All day, every day, we’re constantly in touch with our farms. Think of us almost as an extension of the farm stand.”

It will be the San Francisco 49ers facing off against the Kansas City Chiefs in ... 26 Jan 2020 by Staff Writer
Sign in to comment