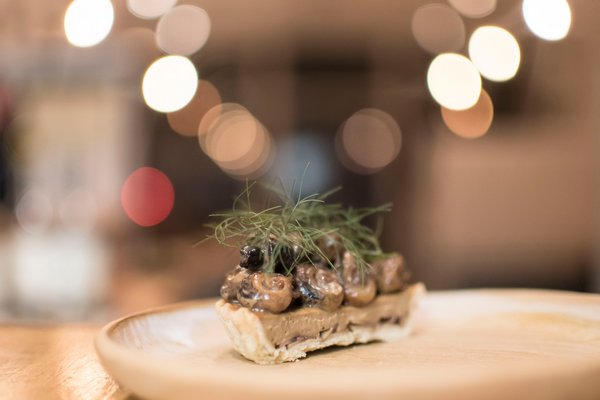 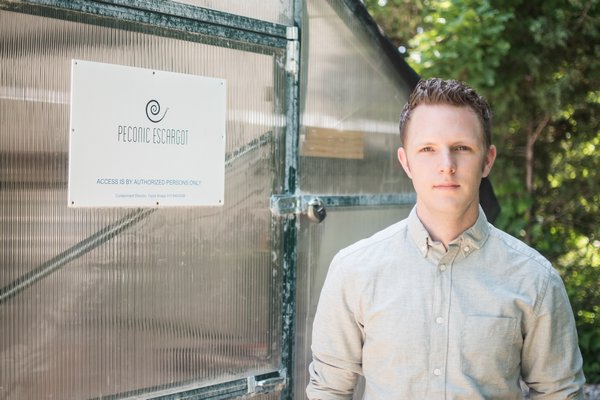 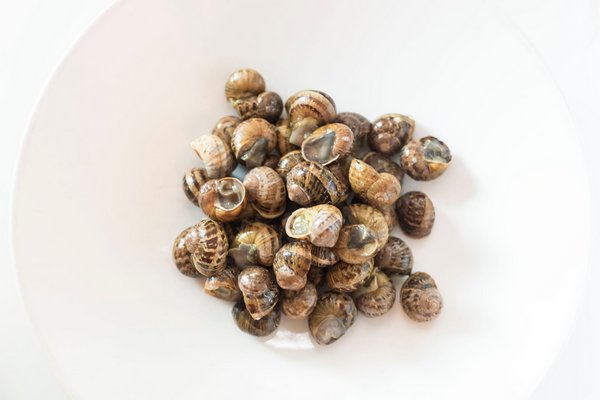 Leave it to foraging expert Taylor Knapp to identify the need for fresh snails.

Mr. Knapp worked with René Redzepi at Noma in Copenhagen, where he honed his foraging skills. He also worked as a chef at First and South in Greenport and is currently holding a pop-up restaurant called Pawpaw in Greenport once a week where he experiments with a multiple-course dinner of local ingredients put together in creative combinations.

So why snails? When he was having dinner not long ago at Momofuku and eating snails, he asked, “Where are the snails from?”

“France,” was the reply.

“I was like, ‘If Momofuku chef David Chang can’t get fresh snails then nobody can.’ So there’s obviously a need for this,” Mr. Knapp recalled. Not long before his snail dinner, he was trying to find fresh snails locally and couldn’t find any. So this confirmed his eureka moment. “If top chefs were using canned and frozen snails, wouldn’t they prefer to buy fresh ones?” Had he found a market niche?

So four years ago he started his quest for the holy grail of snails. Since Mr. Knapp’s Peconic Escargot would be the first snail farm in New York, a book of U.S. Department of Agriculture regulations had to be written from scratch on rules applying to snails and snail production. The problem is that snails are an invasive species and the USDA didn’t want them taking over New York State like the Blob. So the snails had to be seriously contained. The USDA required a 10-foot vestibule to make a barrier before entering the snail facility. Multiple layers of plastic keep the snails secure, among other precautions.

He got approval to raise them in a fortress-like greenhouse on Peconic Land Trust property he leases in Cutchogue. There are barriers outside the greenhouse where a 12-foot zone is filled with gravel that is sprayed with snail repellent, making it virtually impossible for the snails to escape.

Mr. Knapp’s goal is to create the most natural environment he can for his snails. When snails are scared or feel threatened, their color will change from gray to brown. The snails have to be kept moist so they get sprayed once a day. Snails are nocturnal and become active at night.

Currently, Mr. Knapp has 10,000 snails and his greenhouse will reach maximum capacity at 15,000. He has a shelving system with racks and keeps track of the snails with labels to identify them and, no, he doesn’t name them or have any pet snails. His partner in snail husbandry is his wife, Katelyn, a talented photographer.

What do his snails eat? Mr. Knapp says, “A lot of foraged greens like dandelion, clover, sorrel, burdock, garlic mustard and chickweed, because they’re good and they’re free, as well as vegetable scraps like carrot peels.” He tries to replicate what snails would normally eat in the wild.

And how do they taste? Mr. Knapp says the flavor is earthy and mushroomy, and reflects what the snails have been eating. He’s experimenting with beer grain and nuts and acorns, which give the snails a rich nutty flavor. Think Spanish Iberico ham—the pigs are fed acorns to create award winning flavor.

He also plans to sell snail caviar after they are cleaned, brined and put into 1-ounce tins. The white eggs, about the size of salmon roe, pop in the mouth just like roe. They explode with a mossy, woods-after-a-rain taste. The snail caviar is not fishy and tastes like forest and earthiness, which Mr. Knapp said makes them versatile enough to be used in many dishes and preparations.

In his processing facility, the snails are picked raw and vacuum packed and shipped directly to restaurants all over the country. They will have a one-week shelf life if refrigerated like fresh, raw seafood.

Mr. Knapp has been inundated with inquiries from all over the country and overseas. His first restaurant customer is Greg Ling of Industry Standard restaurant in Greenport, where Mr. Ling makes an incredible ramen dish with Peconic Escargot. Local restaurants are supportive and are ready to try his snails. They see his venture as an extension of the local food movement.

He noted these lean muscular little creatures have great nutritional value, high in protein and iron.

Mr. Knapp’s fresh snails no longer have to be prepared with just garlic, butter and parsley. Mr. Knapp readily shares creative, innovative recipes on what to do with his Peconic Escargot. Sample recipes are available on his website, peconicescargot.com, where snails can be ordered  retail.

Emmy Squared Goes To The Beach New Yorkers who have headed out here from their ... 11 Aug 2020 by Staff Writer