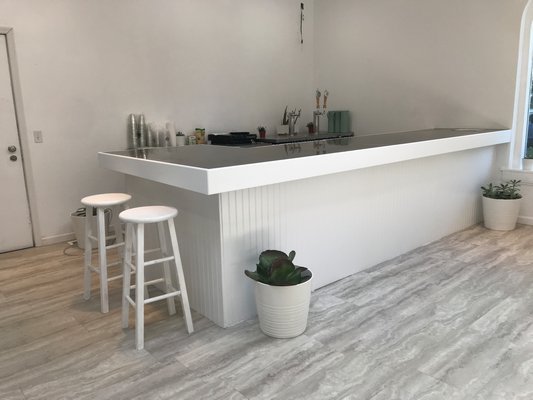 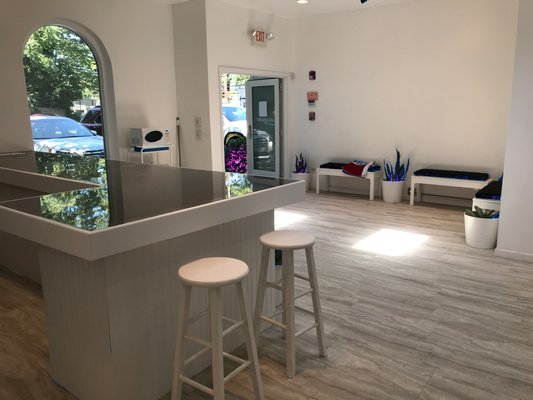 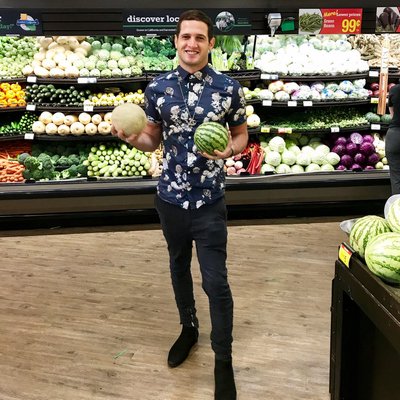 Marley Ficalora in the produce section, location of his video series and inspiration for his new cafe, Plant Based Coffee Shop. Courtesy Marley Ficalora

Bridgehampton now has its own completely vegan café courtesy of Marley Ficalora, a lifelong vegetarian born and raised in Montauk. Plant Based Coffee Shop, located inside his family-owned skate shop, Wampum, is his way of showing people that being a herbivore is not only possible, but affordable.

“The idea behind Plant Based Coffee Shop is that I’ve been a big figure in the vegan and plant-based movement, and I want to continue to create accessible options for people to eat healthy food,” he said. The success of his Facebook video series, “Produce Section Challenge,” a challenge based on eating healthy food cheaply, didn’t hurt either.

Mr. Ficalora said he was always questioned about why he didn’t eat meat, and always heard excuses on why people couldn’t convert. “People would tell me, ‘It’s too expensive,’ or, ‘It’s too hard to be healthy,’ but I know it’s really easy, I’ve done it my whole life,” he said. “I needed to show people proof, so I thought, ‘What’s better than to take out my phone and record myself going into the produce section and show people?’”

He began recording videos of himself shopping daily at a Ralph’s supermarket in Los Angeles and then cooking the meals.

He said some feedback on his videos was negative, initially, with viewers saying the challenge was impossible and that he was spending more money than most could afford, so he began doing videos where he would get a full day of food for $8 or less, getting as low as 79 cents.

Mr. Ficalora said the success of his videos was inspiring, and people who watched on Facebook would even come up to him for a hug or a picture while he was shopping in Ralph’s.

He wanted to bring healthier eating options to where he came from, he said, noting that as he grew up in Montauk there weren’t many inexpensive plant-based options. As much as he tries getting people to cook, he said, the reality is that they won’t, so he wanted to bring an affordable option to those who think they can’t eat healthy food.

All the food on the menu has been made on his challenge before. “When people would ask me what the menu was going to be, I said, ‘I’ve been in a grocery store for 173 days videotaping, so I might as well pull the best seven or eight meals,’” he laughed.

The menu will feature cold brew and kombucha on tap, as well as wraps and bowls. Mr. Ficalora is most excited about the TTLA, a bowl made with tempeh, tomato, lettuce and avocado topped with spicy vegan mayo. Simply Sublime, a health food store located in East Hampton and Cutchogue, will make the food curated by Mr. Ficalora daily and deliver it to the café.

Mr. Ficalora said that fast food and frozen meals have been a major downfall for American health. “There are over 600,000 people dying from heart disease in America every year, and type 2 diabetes is rising faster than it’s ever risen. … When are we gonna turn around and put fresh food in front of fast food and start to care again?”

Mr. Ficalora said he wants to see a massive change in the way Americans eat, and he hopes he can help people see that it is doable and delicious.

Plant Based Coffee Shop is open daily from 10 a.m. to 4 p.m. at 2487 Main Street in Bridgehampton, inside of Wampum. The café also offers delivery through UberEats and StoreDash.

Foorstuffs: A Tavern Is For Sale And Celebrate Mexican Independence Day

Springs Tavern Hits â€¨The Market A historic Hamptons bar and restaurant is on the market ... 14 Sep 2021 by Staff Writer

Foodstuffs: Italian Market For Montauk And Learn To Make Miso

Foodstuffs: Sparkling Non-alcoholic Wine, Fun With Guacamole And Cookies That Are Kosher

She Bought A Village Staple, Then The Pandemic Changed The Entire Business

In March 2019, Nikki Cascone-Grossman took the reins at the Cheese Shoppe in Southampton â€” ... 2 Aug 2021 by Alec Giufurta