Preston House And Hotel Is A Riverhead Dining Destination - 27 East

Preston House And Hotel Is A Riverhead Dining Destination 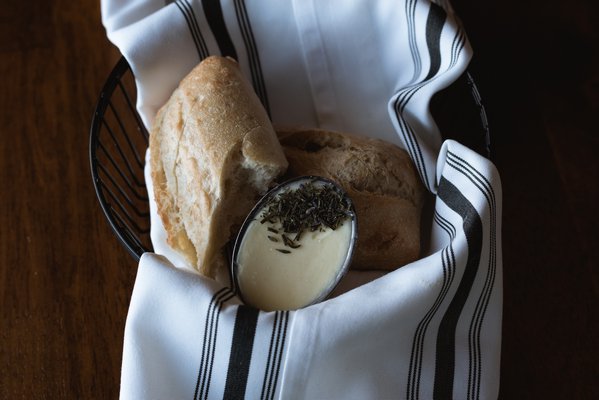 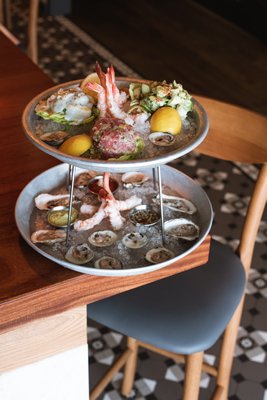 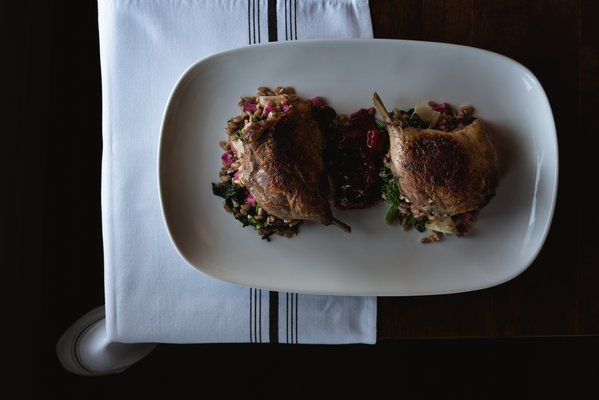 An old Riverhead home, built in 1905 and originally owned by elected Suffolk County Sheriff Henry Preston, has been restored and re-imagined. On Valentine’s Day, a 20-room hotel of luxury suites, along with an accompanying restaurant, opened quietly in the space. The restaurant—The Preston House and Hotel—is helmed by chef Matthew Boudreau, a Massachusetts native who is breathing new life into Riverhead.

“I was raised in the backdrop of Fenway Park,” Mr. Boudreau said. “My father worked at a sausage cart outside of Fenway Park. I just remember 400 or 500 sausages being cooked. That’s how I spent time with my dad on school nights and weekends.”

Cooking, it seems, ran deep in Mr. Boudreau’s family. His grandmother was, in his words, a “big baker,” and an influencing force in his life, who, along with his father, imparted the importance of feeding others. “To her, it was the sacred oath of providing people with a meal,” he said.

From Fenway, Mr. Boudreau moved on to Cambridge’s Porter Square, where he worked at a Lebanese restaurant, an experience that helped to expand his palate and knowledge as a chef. “It was true, diversified food,” he said. “Hummus. Warm olives. Things that I hadn’t put in my wheelhouse yet.”

Eventually, at the behest of Andre Balaz, Mr. Boudreau found himself at Shelter Island’s Sunset Beach, which was the start of an East End love affair that never really ended. He now shares the skills he has acquired over the course of two decades in the kitchen with a hungry Riverhead crowd.

The menu at the Preston House & Hotel—the restaurant serves brunch, lunch and dinner—is expansive, invoking all kinds of cultural touchstones. When possible, Mr. Boudreau sources his produce and protein from a “huge list of North Fork and South Fork farmers.” He also tends a small garden on the side of the building. Oysters are fresh from the bay. Duck legs are, predictably, Long Island’s own.

As far as a signature dish is concerned, Mr. Boudreau points to an appetizer: the pit master’s bacon.

“One of the things we pride ourselves on is barbecue,” he said. “Our pit master’s bacon … it’s pork belly that we cure and braise and smoke. It takes five or six days to get the raw product to a product we bring to the guest.”

The resulting dish is served with a homemade tomato-mustard seed jam and local microgreens, and represents the style that Mr. Boudreau has embraced: soulful, locally sourced food that speaks to the culinary diversity of the United States.

An entrée of duck confit, which begins with Crescent Farm duck, slow cooked in its own fat, is a rich, Mediterranean-inflected dish. Accompanied by farrotto (a variation of the grain farro), artichoke hearts and “whatever kind of greens look good,” it arrives with chutney made in-house; the chef turns whatever local fruit happens to be at the market into one of four rotating restaurant chutneys.

Riverhead has been, for years, in a state of flux, vacillating between working class and aspirational. The bridge between the North and South Forks, the town was once regarded as more of a gateway than a destination.

But The Preston House and Hotel is seeking to change that reputation. With appetizers running from $13 to $18 and entrées in the $29 to $46 range, it is clear that the Riverhead we know is destined for change.

And how is it being received? According to Mr. Boudreau, so far, so good.