Princess Diner Gets A New Tenant And New Name - 27 East

Princess Diner Gets A New Tenant And New Name 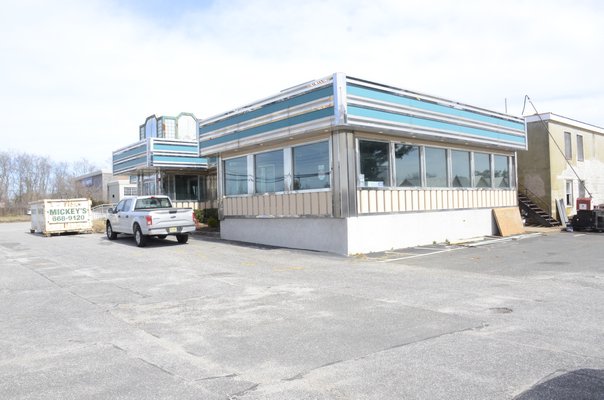 Months after the tenant-owner of the Princess Diner was sentenced to jail for scheming to defraud and failing to pay his employees, new tenants are slated to move into the diner in June, bringing with them a new name—and a good reputation.

On Tuesday, an email blast announced the planned opening of the Silver Lining Diner at the old Princess Diner spot, where County Road 39 meets Montauk Highway in Water Mill.

In the announcement, the Millers thanked their loyal following from the Bay Kitchen Bar for their kindness and laughter, and said they “look forward to more in the future.” They also said they plan to be open sometime in June.

The new owners did not return calls and emails seeking their plans for the Silver Lining Diner.

The property is, and has been, owned by the Charos family since the 1960s—the same family that owned the Hampton Bays Diner property until 2017.

Workers were seen gutting the building at the beginning of April, sparking curiosity about what the iconic building’s future plans were.

Multiple attempts to reach out to members of the Charos family for the past two weeks, seeking information about the renovations, were not returned.

In December, Richard Bivona, the owner of the Princess Diner business, was sentenced to six months in jail for failing to pay 23 employees a collective $132,011 in wages.

Between August and December 2016, Mr. Bivona and John Kalogeras—who sold the diner to Mr. Bivona in August 2016 and stayed on as a manager to operate the restaurant, located near the intersection of County Road 39 and Montauk Highway just outside Southampton Village—failed to pay 15 employees a total of $88,428. Additionally, the two men did not pay eight other employees their collected wages of $43,583 between January 2017 and February 2018.

Just because it’s sitting in a wheelbarrow, doesn’t mean it’s local. When I decided to ... 22 Jun 2021 by Jenny Noble

Tapovana has many meanings. It’s a location in India, a religion, part of an historical ... by Kelly Ann Smith

Last March as lockdowns drove everyone inside and insane, Stephen Robinson got really into sourdough ... 13 Jun 2021 by Sophie Griffin

Manna From The Sea: A New Concept For Sourcing Fish

Sustainability and transparency are not words often associated with the seafood industry. But aquaculturalist Donna ... 8 Jun 2021 by Carey London

The ‘Whiskey Bar’ Is Here Just in time for summer, the Sagaponack Farm Distillery has ... 31 May 2021 by Staff Writer

A Food Writer Reflect On Her Most Memorable Meal Ever

In December, when I learned that Starr Boggs Restaurant in Westhampton Beach was for sale ... by Eileen Obser

Foodstuffs: North Fork Seafood, New Mexican Eatery And An App For Hiring A Chef At Home

Foodstuffs: Manna From The Sea And Refined Berries Delivered

Manna At Lobster Inn Southampton’s erstwhile waterfront dining spot, The Lobster Inn, will reopen under ... 17 May 2021 by Staff Writer