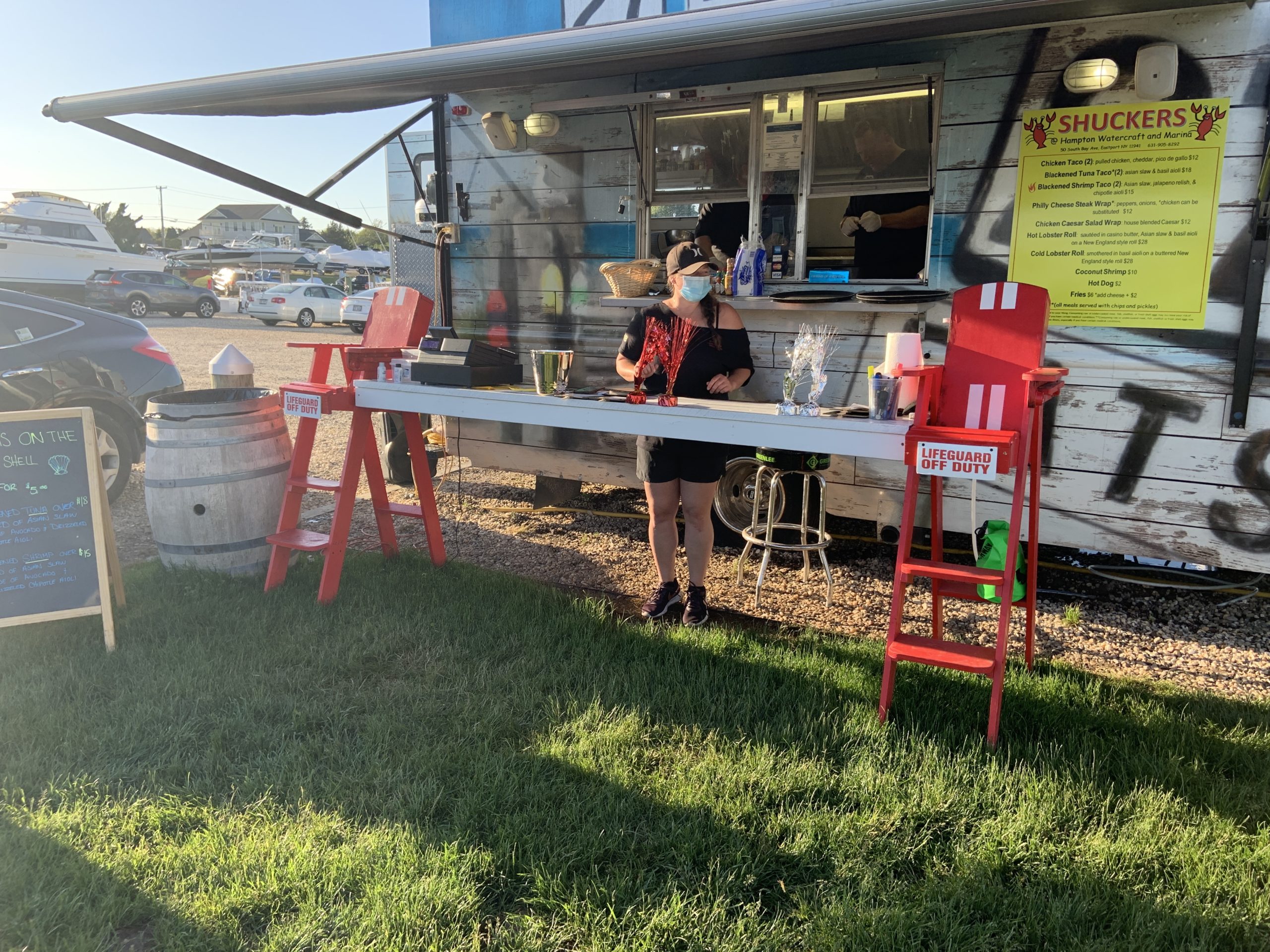 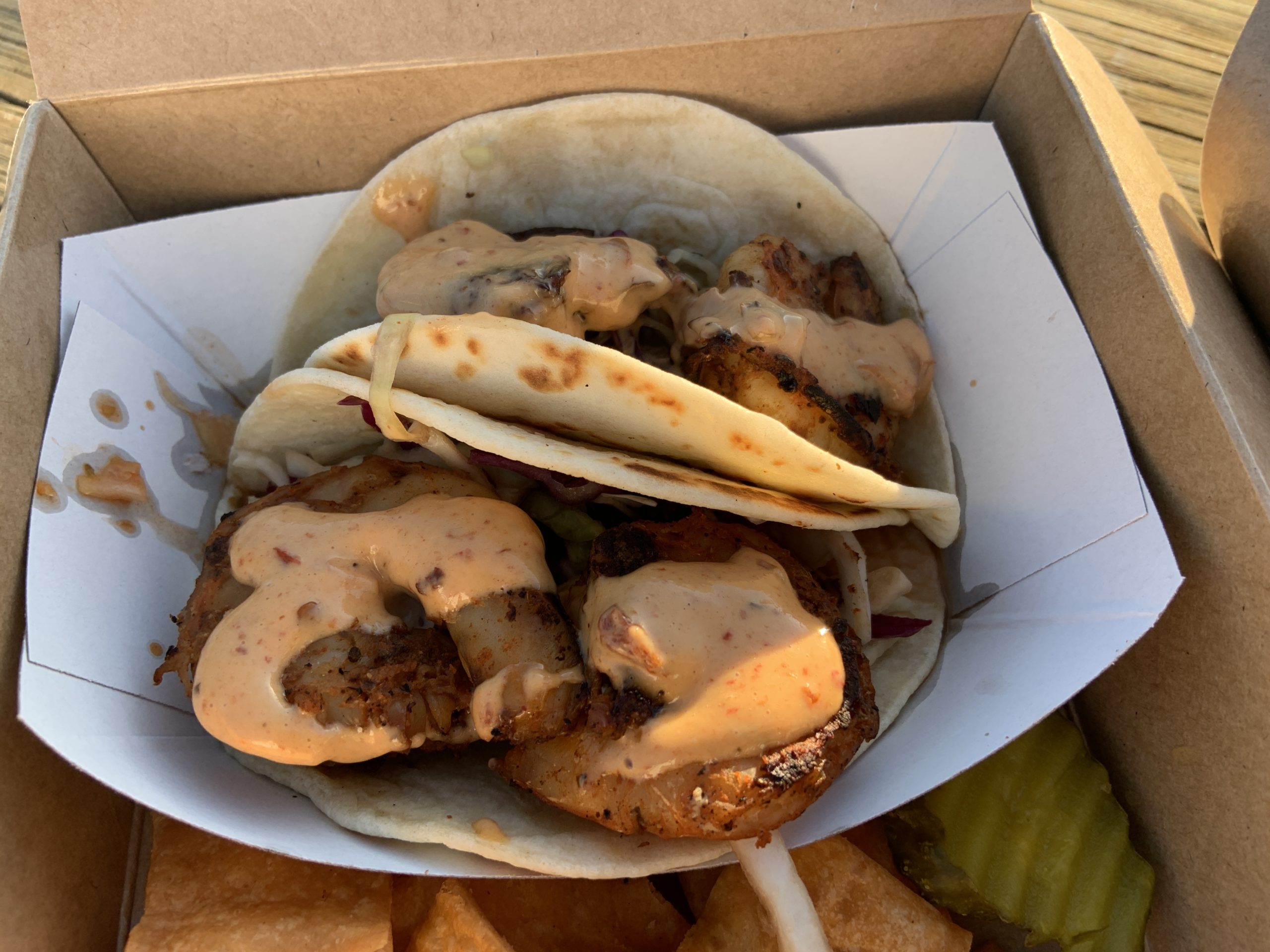 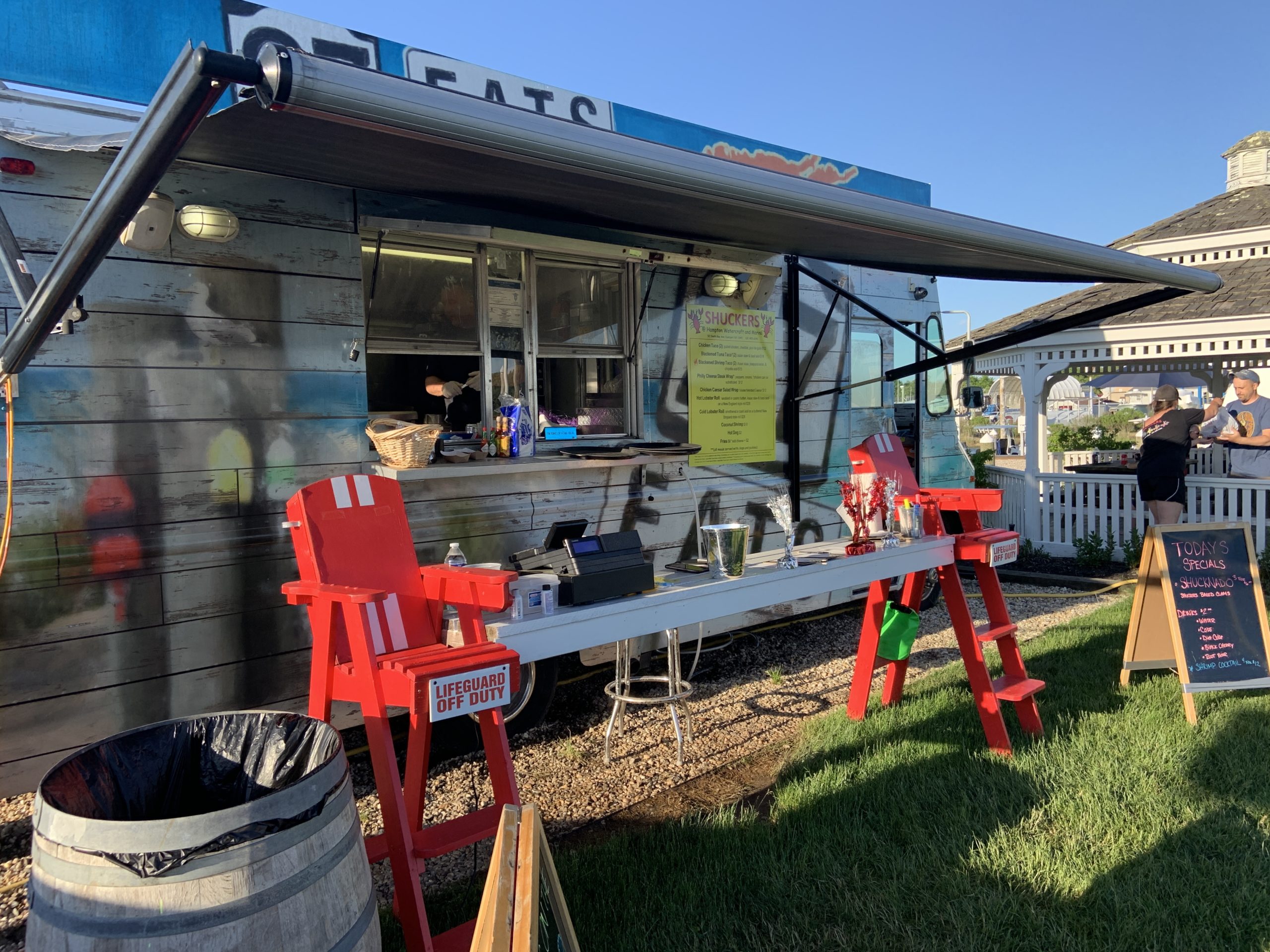 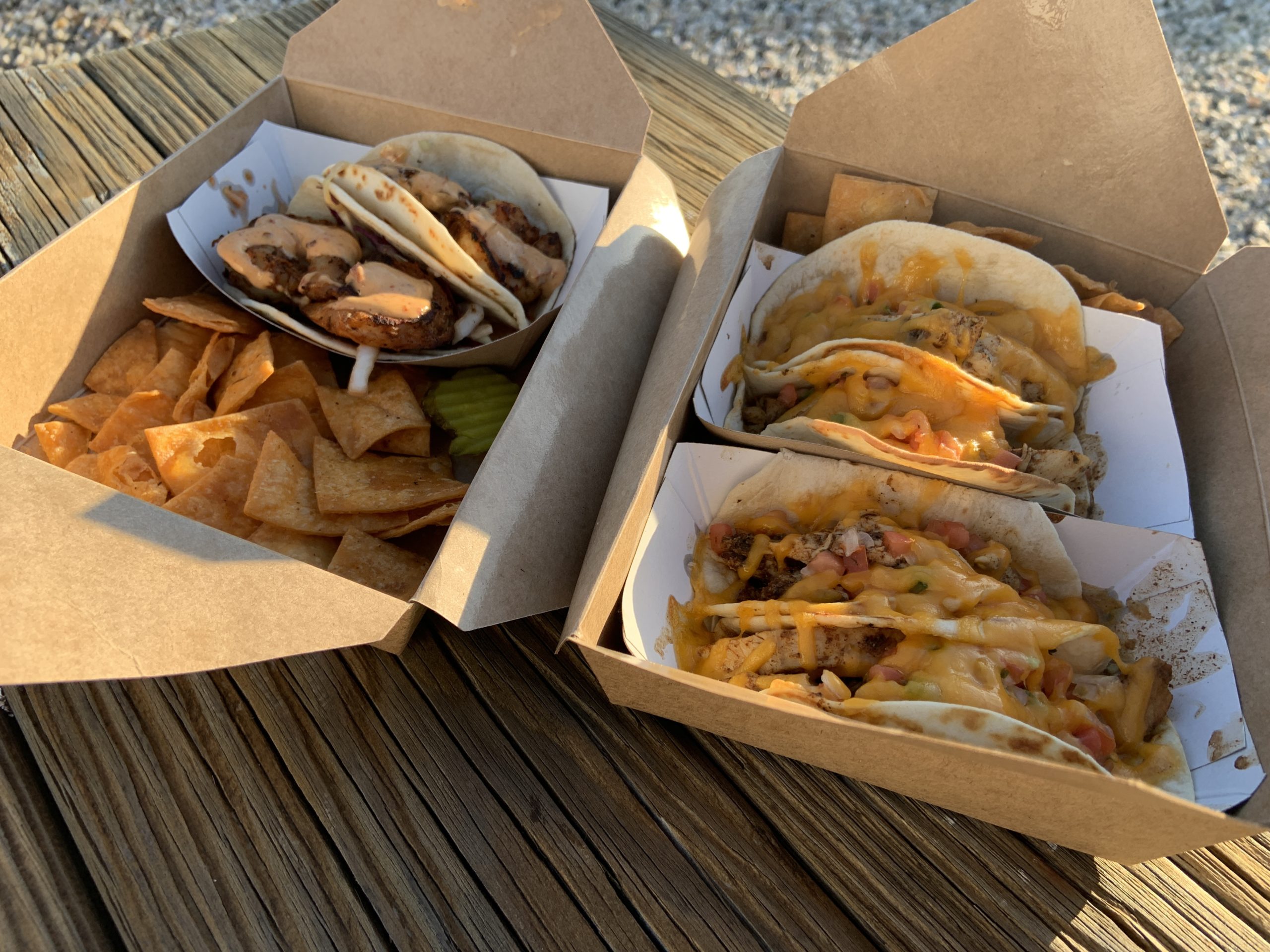 Patrick McCormack opened the original Shuckers 10 years ago, and John Heaney, the chef, joined two years into that operation. Mr. McCormack said last Thursday that after Shuckers closed up at the Beach Bar, they started a food truck business to cater festivals and weddings. And now, this summer, they have acquired another food truck, which had been known as 27 Eats, and assumed its home base at Hampton Watercraft & Marine at the end of South Bay Avenue in Eastport.

The new Shuckers food truck served take-out for the first time over Memorial Day weekend, and Mr. McCormack reported that it was a big hit.

“It’s a beautiful spot on the water,” he said. “So we’re pretty excited about it.”

The food truck will operate Saturdays and Sundays from 11 a.m. to 8 p.m. for now, and expand to Thursdays through Sundays starting in the middle of June.

“We have an exciting little menu,” Mr. McCormack said. “We try to do things a little differently than everyone else.”

For example, Shuckers has “Shucknados,” a play on the film “Sharknado.”

Instead of a regular baked clam like everyone has, he said, Shucknados are shucked top neck clams with Panko bread crumbs, Shuckers’ special seasoning and mozzarella.

The blackened tuna tacos are “phenomenal,” he said, and they are available on a boat of Asian slaw for people who don’t want carbs.

“Our cold lobster roll is one of the best around,” he added. It’s smothered in basil aioli on a buttered New England-style roll.

Mr. McCormack has plans to have 11 picnic tables and live music when social-distancing measures are relaxed. He also plans to add beer and wine to the menu in the future.

“The other truck is going to continue to do festivals and weddings and parties until we can find a home base for it,” he said, noting that he is exploring sites in Hampton Bays and Westhampton.

Emmy Squared Goes To The Beach New Yorkers who have headed out here from their ... 11 Aug 2020 by Staff Writer