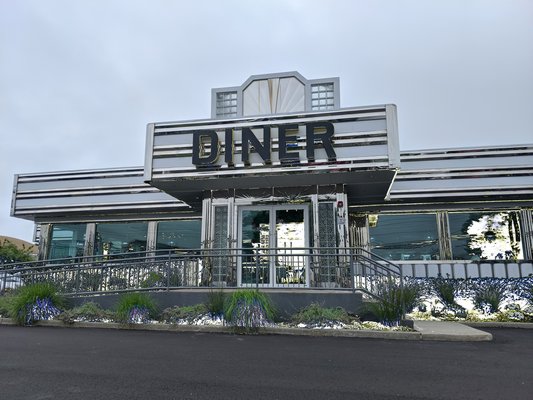 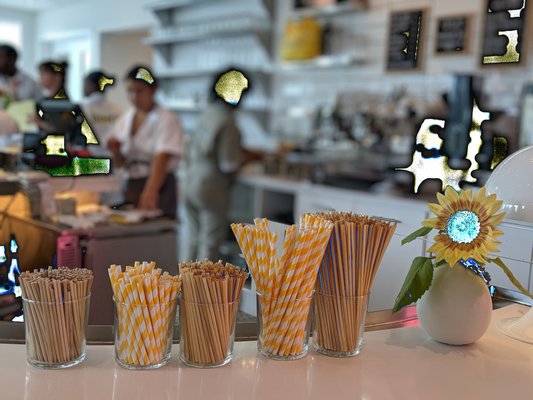 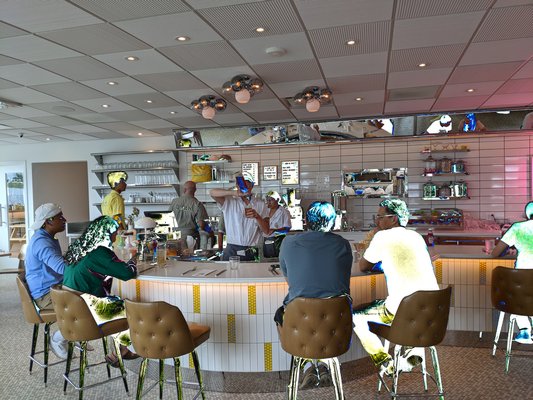 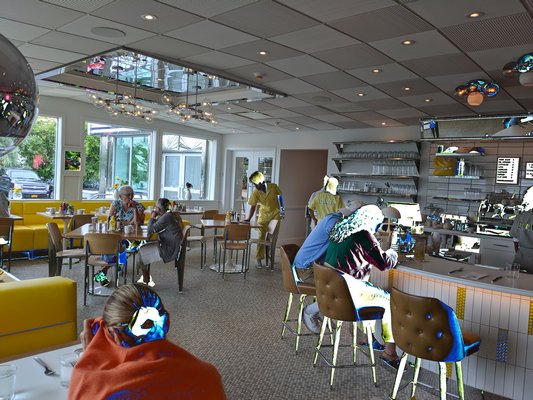 The Silver Lining Diner team chose jumpsuits as the uniform.

In its opening week, the tables and booths at Silver Lining Diner in Southampton were filled by those checking out one of the newest eateries in town, with many more hungry patrons waiting at the door for a table to open up.

The diner, at the turn where County Road 39 becomes Montauk Highway, is owned by Marc and Eric Miller. The pair owned Bay Kitchen Bar in East Hampton, which they closed after announcing the team was moving to the new Southampton location.

Silver Lining Diner, which opened its doors on July 16, is not a typical diner. While most diners pride themselves on serving pancakes and eggs all morning and burgers alongside vanilla shakes for lunch and dinner, this diner has a menu with seafood bites that are familiar fixtures at Hamptons restaurants.

“The Hampton Clam Bake is a beloved dish and fan favorite that will be offered at the diner,” said MT Carney, the marketing and branding partner for Silver Lining Diner. “Seafood lovers can indulge in steamers, mussels and more, which cannot be found at your typical diner.”

The diner is complete with a bar, serving signature cocktails like the “Open Arms,” a mix of passion fruit, lime, habañero, hibiscus, club soda, tequila and mezcal.

The uniforms are not typical at diners either. The waitstaff don jumpsuits with the diner’s logo on the back. Ms. Carney calls the uniforms trendy.

“The team chose these outfits as they felt this was a modern and fun way to update the traditional diner uniform,” Ms. Carney said. “Jumpsuits [are] a huge trend right now and have been in every fashion collection this year including Dior and Heron Preston.”

The Silver Lining Diner is certainly a new spin on the old classic and updates the space formerly occupied by Princess Diner, which served traditional diner fare.

Princess Diner came under fire and was closed when workers reported that they weren’t being paid. The former owner, Richard Bivona, was sentenced to six months in jail in December 2018, along with an order to pay back the missing wages to employees.

But before then, Princess Diner was considered to be iconic, frequented by locals and those traveling further east.

“Silver Lining Diner is currently occupying an iconic diner space, circa 1957, on Montauk Highway,” Ms. Carney said. “The team behind the diner chose this location and the name because of its reference to the ‘Sunrise Highway,’ the original name of Montauk Highway [Route 27] and because of its positioning in relationship to the sun rising in the East.”