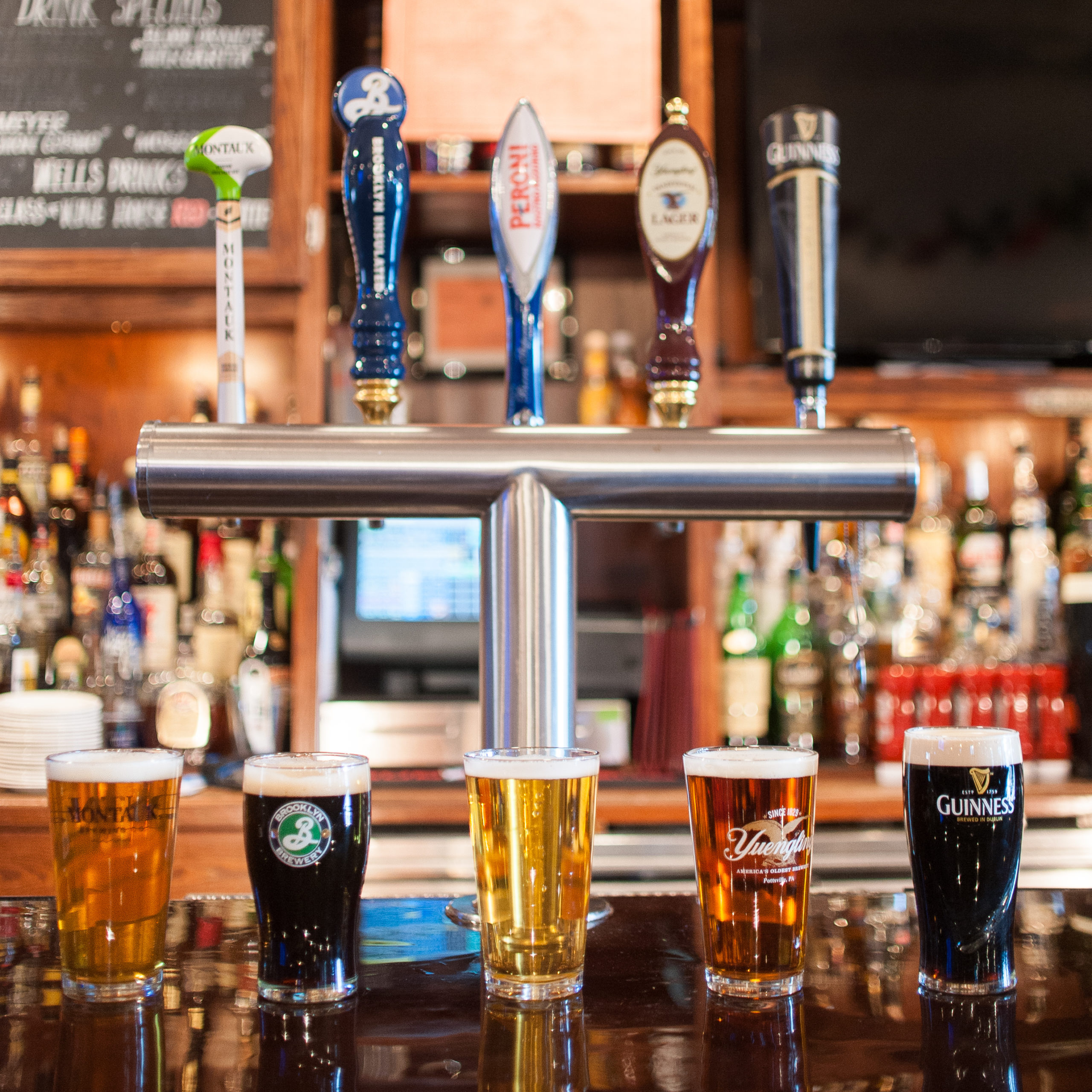 It will be the San Francisco 49ers facing off against the Kansas City Chiefs in Super Bowl LIV(that’s 54) this Sunday, February 2, and for those who would rather watch the big game with a crowd instead of at home, there are plenty of restaurants happy to host with drink and food specials that will make football fans happy too, no matter which team wins.

In Amagansett, Indian Wells Tavern (117 Main Street, 631-267-0400, indianwellstavern.com) Super Bowl LIV will be celebrated with drink specials and giveaways. The game will be featured on five flat screen TVs throughout the bar. There will also be a complimentary buffet during half time and raffles throughout the night with a chance to win a 44” flat screen TV and a Montauk Brewing Company bike. Guests will receive a ticket for the raffle when they purchase a drink and winners must be in attendance to win.

The Honest Man Restaurant Group will be showing the game at all four of its East End eateries.

From noon to 7 p.m., Nick & Toni’s (136 N. Main St., East Hampton, 631-324-3550) is offering $10 margarita pizzas and social hour food and drinks all night at the bar. The social hour menu includes zucchini chips, bruschetta del diorno, truffle fires, warm flatbread stracciatella and truffle oil and an artisanal cheese or salumi selection. The regular a la carte menu will be available at the bar all evening.

At Townline BBQ (3593 Townline Road, Sagaponack, 631-537-2271, townlinebbq.com) in addition to food and drink specials, the game will be shown on six TVs throughout the restaurant, including a large screen set up in the dining room suitable for families to watch the game. There will be raffles every quarter and raffle tickets will be given with every drink purchase. In addition to free popcorn and peanuts, food specials include Nashville hot chicken open-faced sandwiches, nachos, wings, cheeseburgers, hot dogs, giant pretzels and more. All take-out orders for Super Bowl Sunday must be placed in advance.

At Rowdy Hall (10 Main St. in the Parrish Mews, East Hampton, 631-324-8555) there will be a la carte food and drink specials beginning at 5 p.m. The game will be shown on a big screen in the dining room. Specials include $5 draft beers and $5 small plates (including chili, buffalo wings and smothered chips), hot dogs, chili dogs and corn dogs, plus a $12 Big Man Platter consisting of two chili dogs, five wings and French fries, or the Big Dipper (Buffalo chicken dip and a giant pretzel).

Finally, it’s football with a Mexican theme at Coche Comedor (74A Montauk Highway, Amagansett, 631-267-5709 cochecomedor.com) where food specials at the bar will include pork barbacoa nachos, $2 tacos, and free chips and salsa. Of course, there will be drink specials including margaritas on tap.