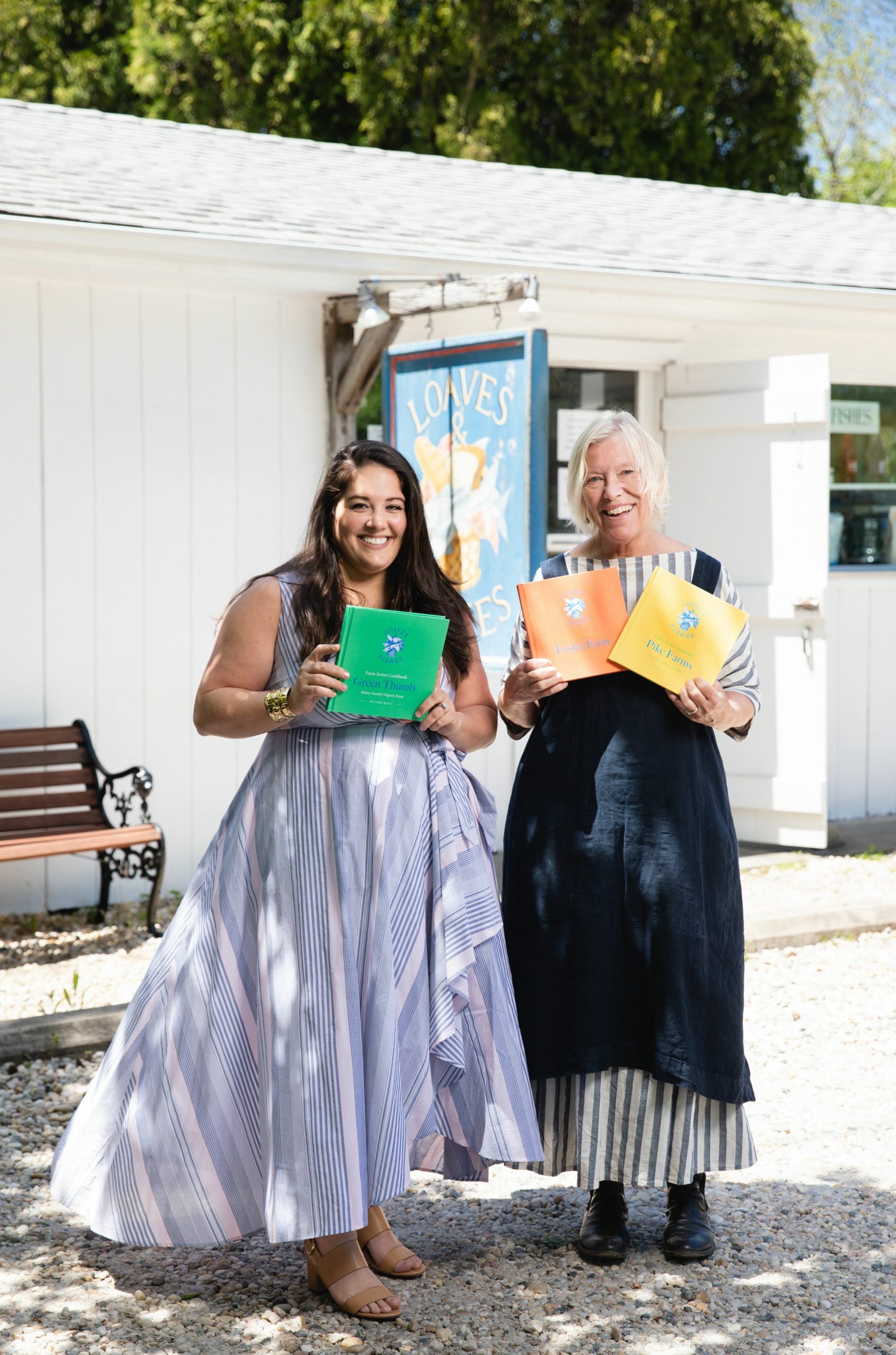 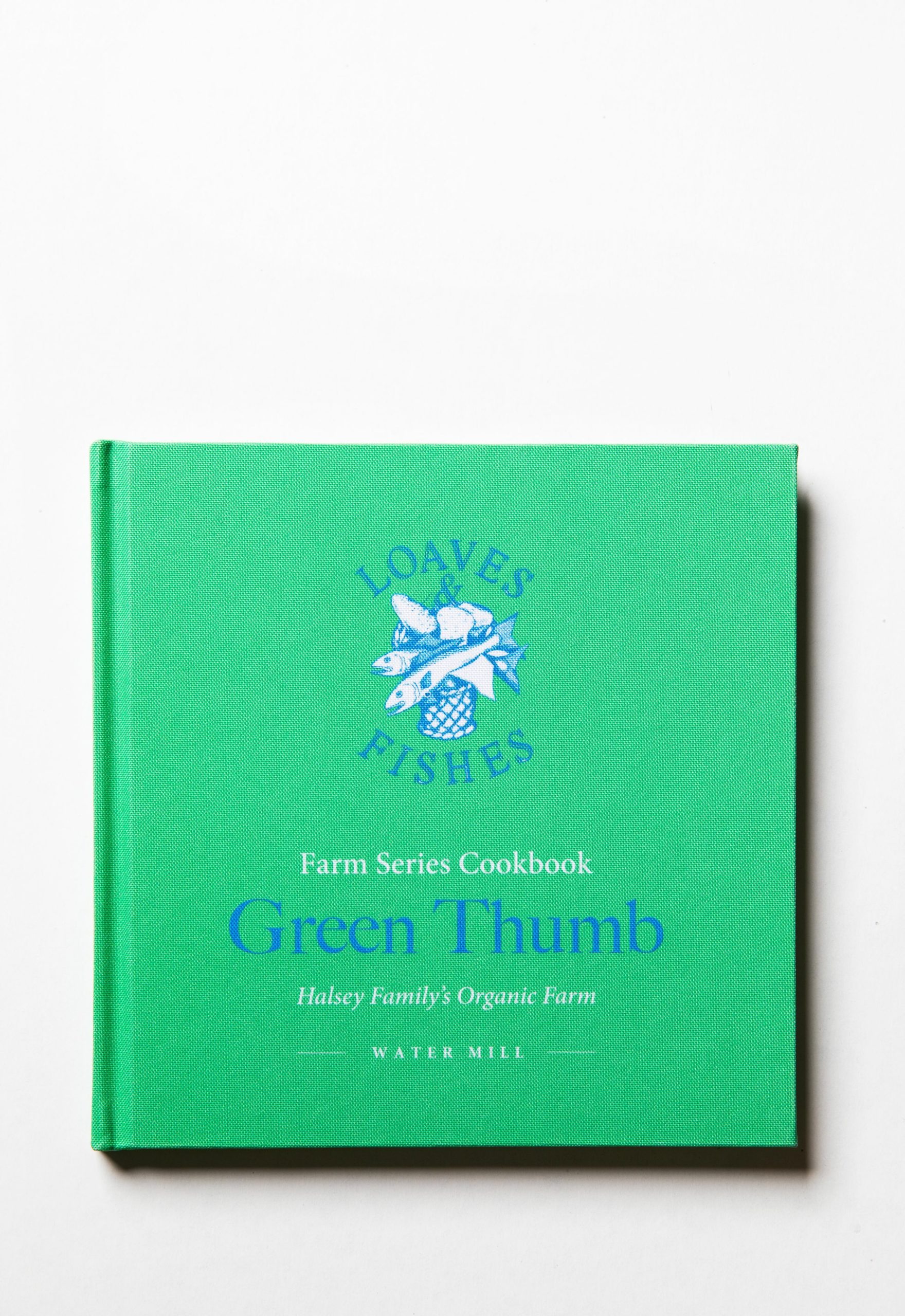 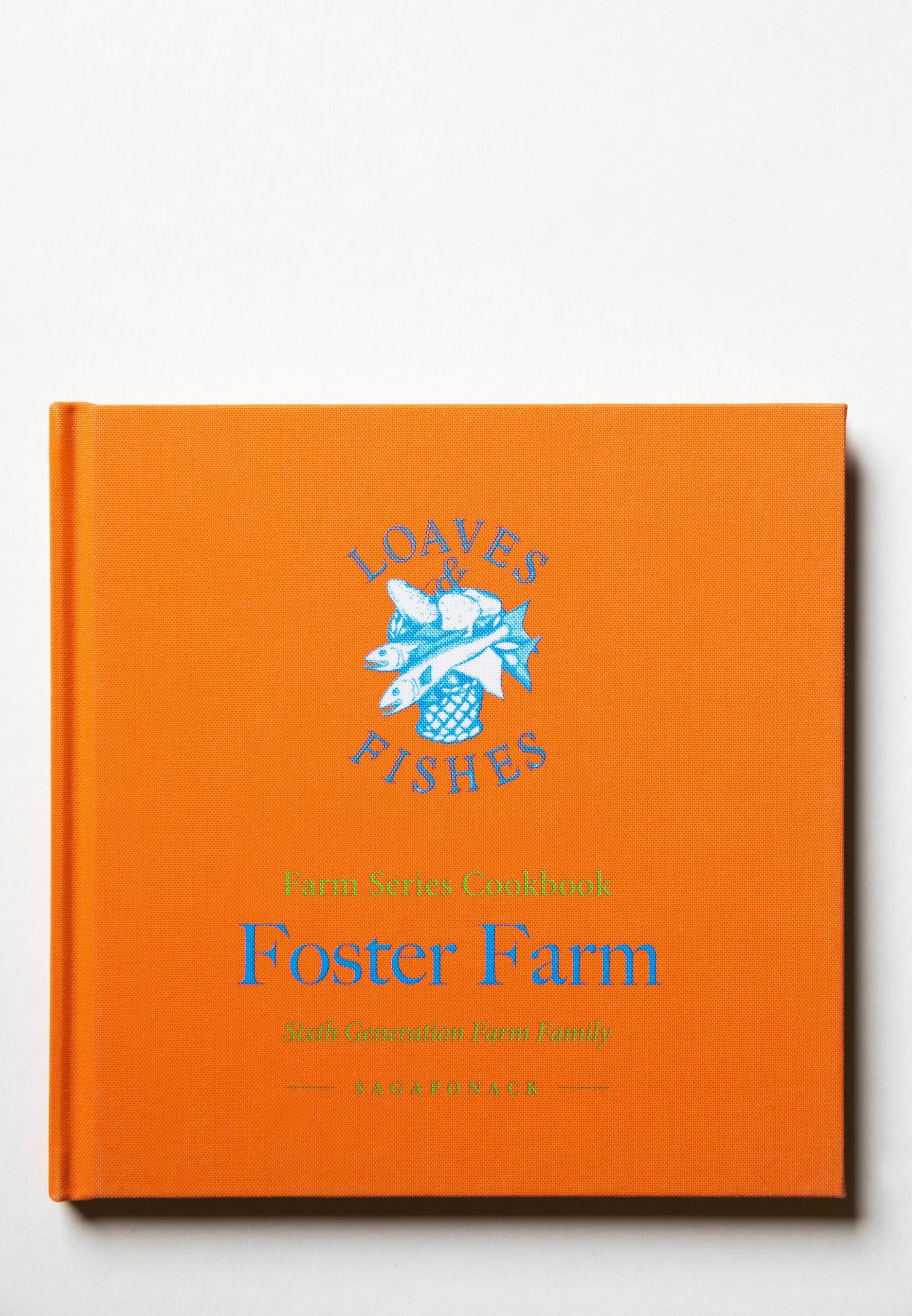 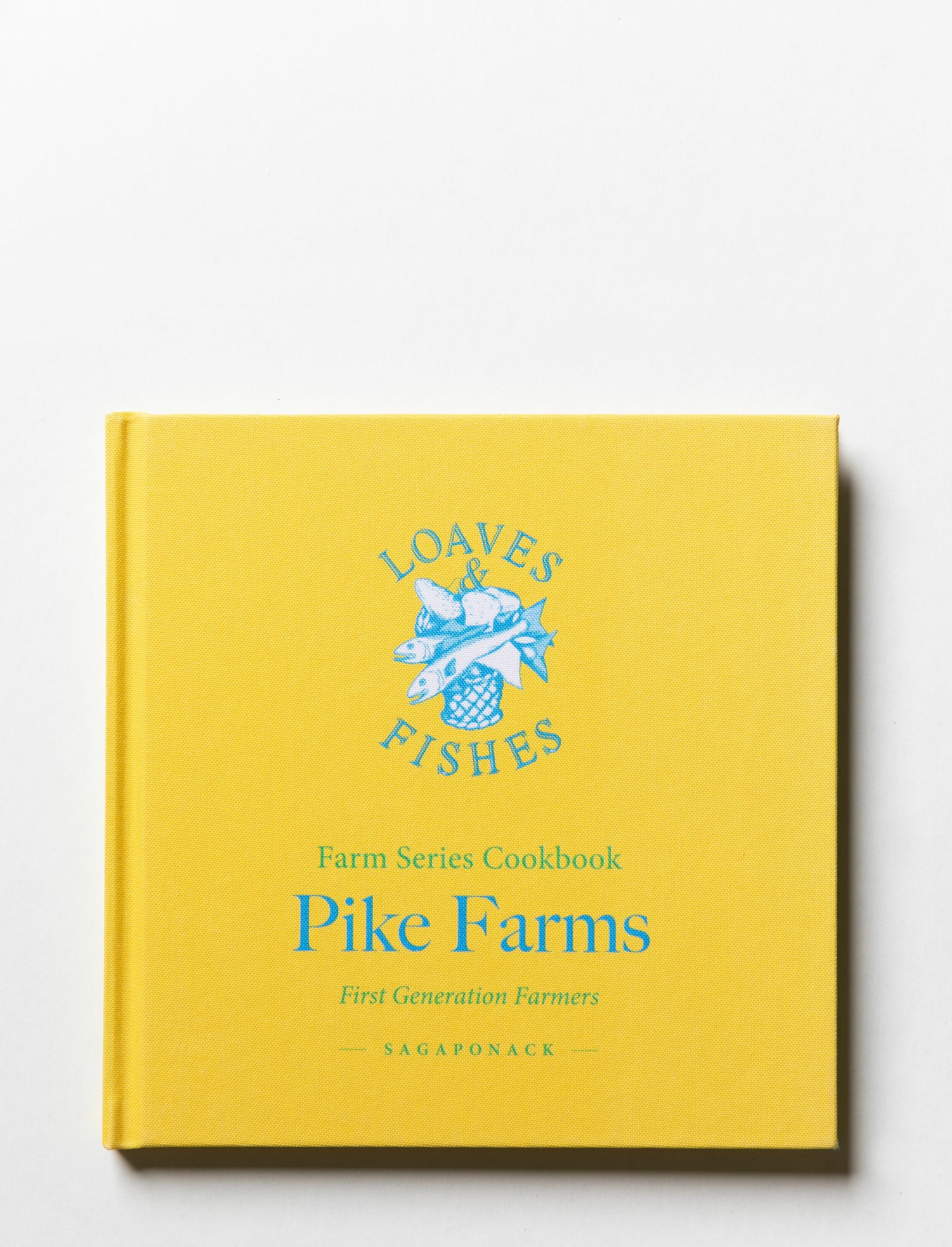 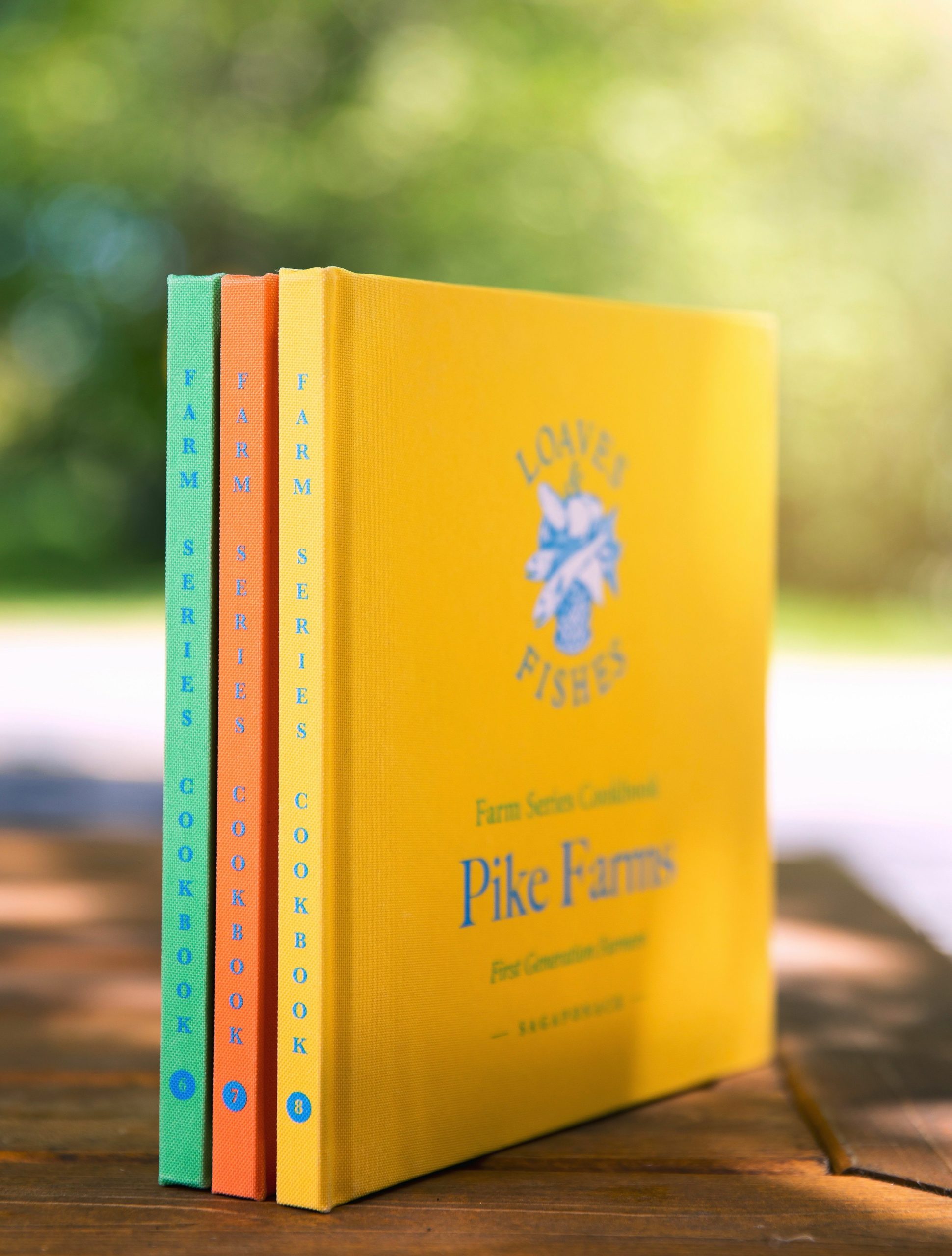 A trio of the Farm Series cookbooks. CONOR HARRIGAN 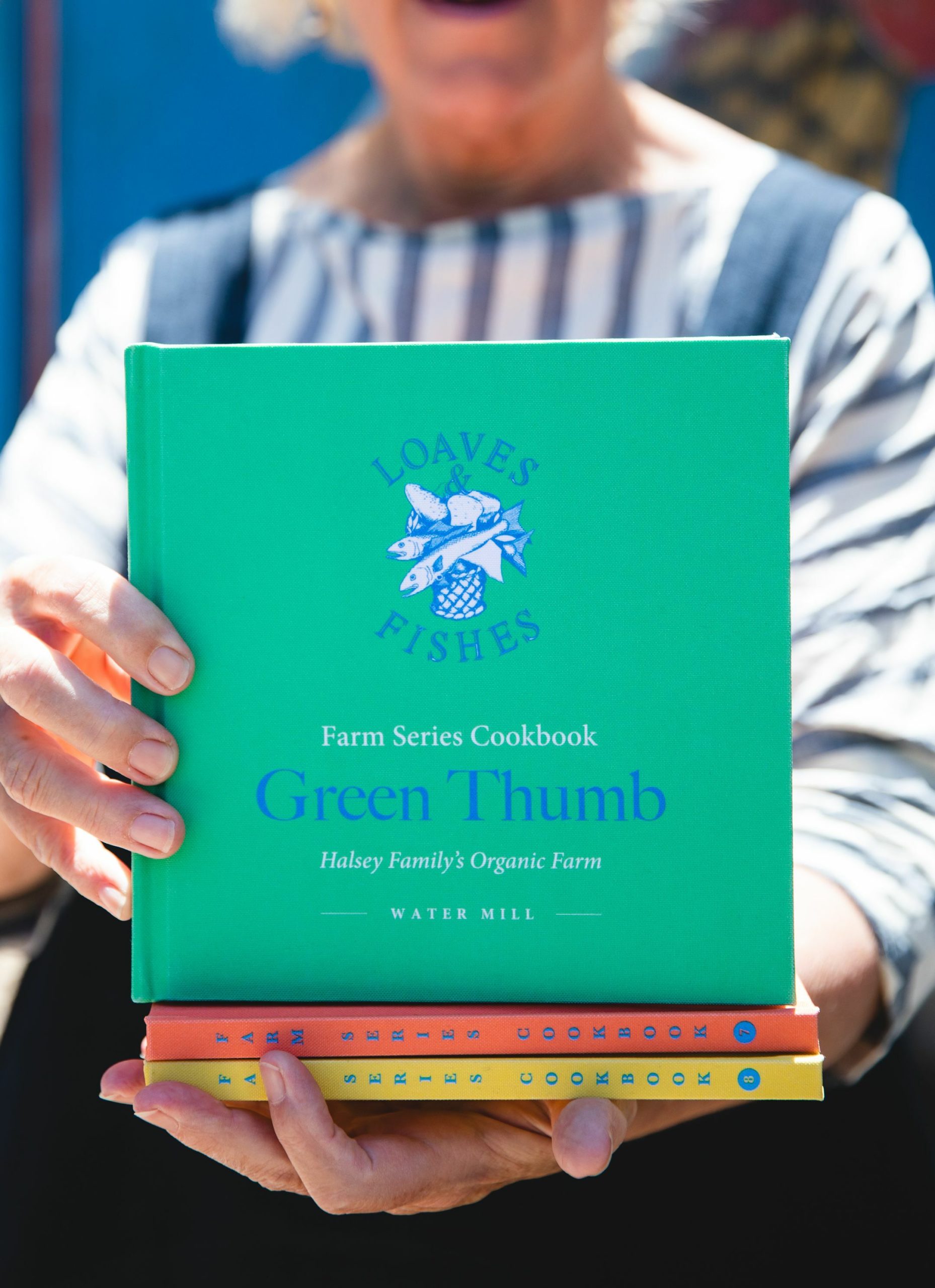 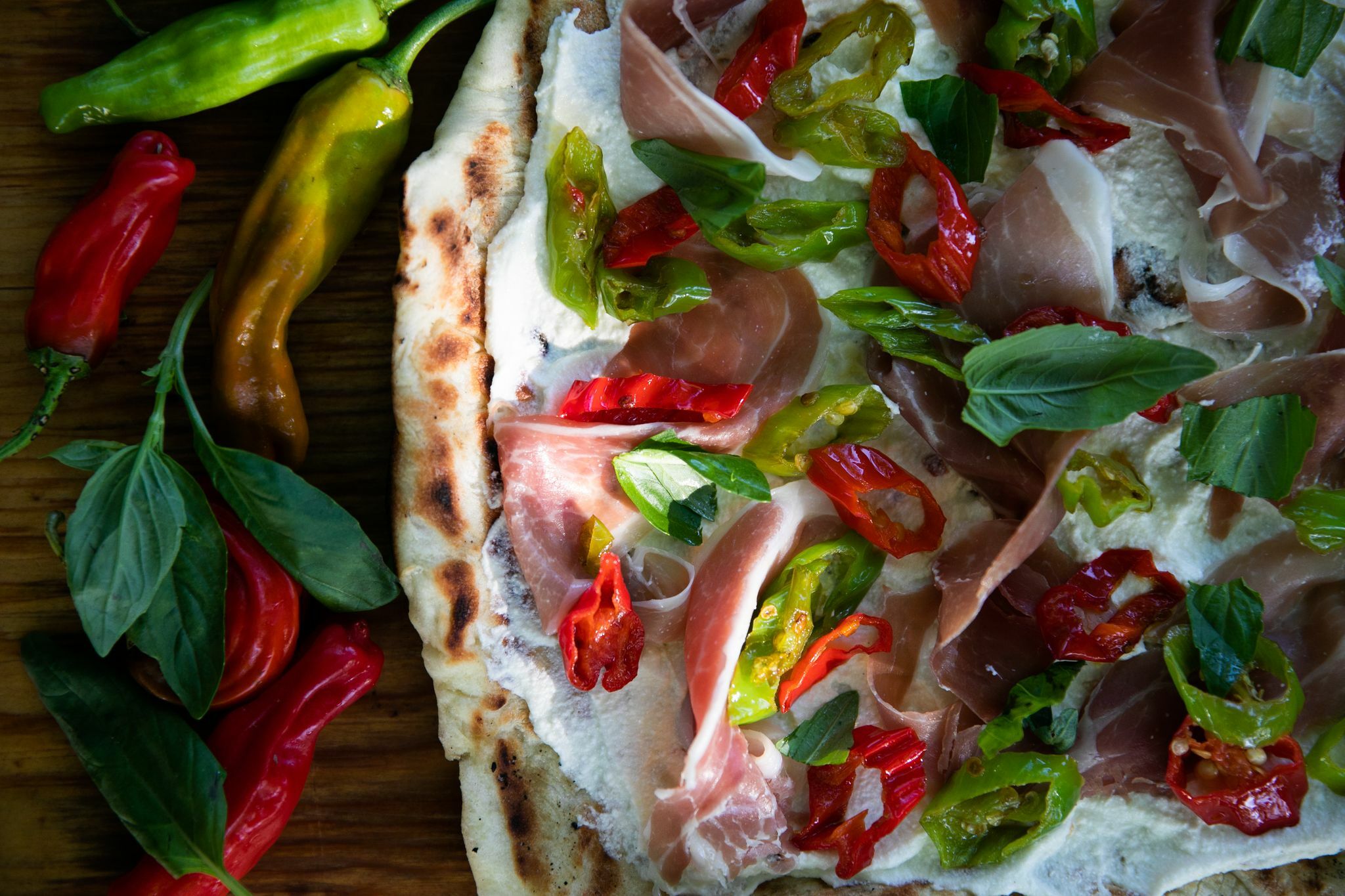 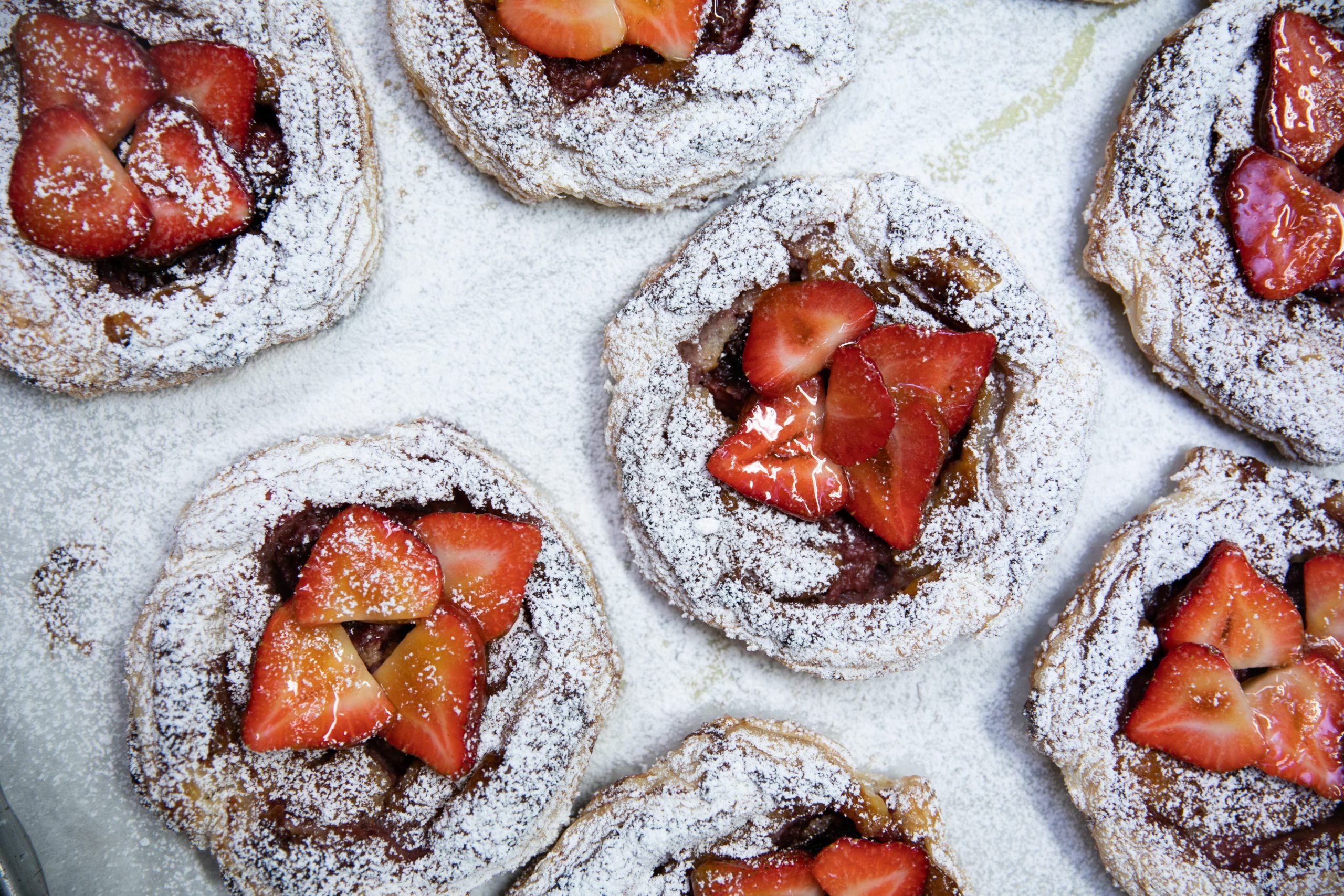 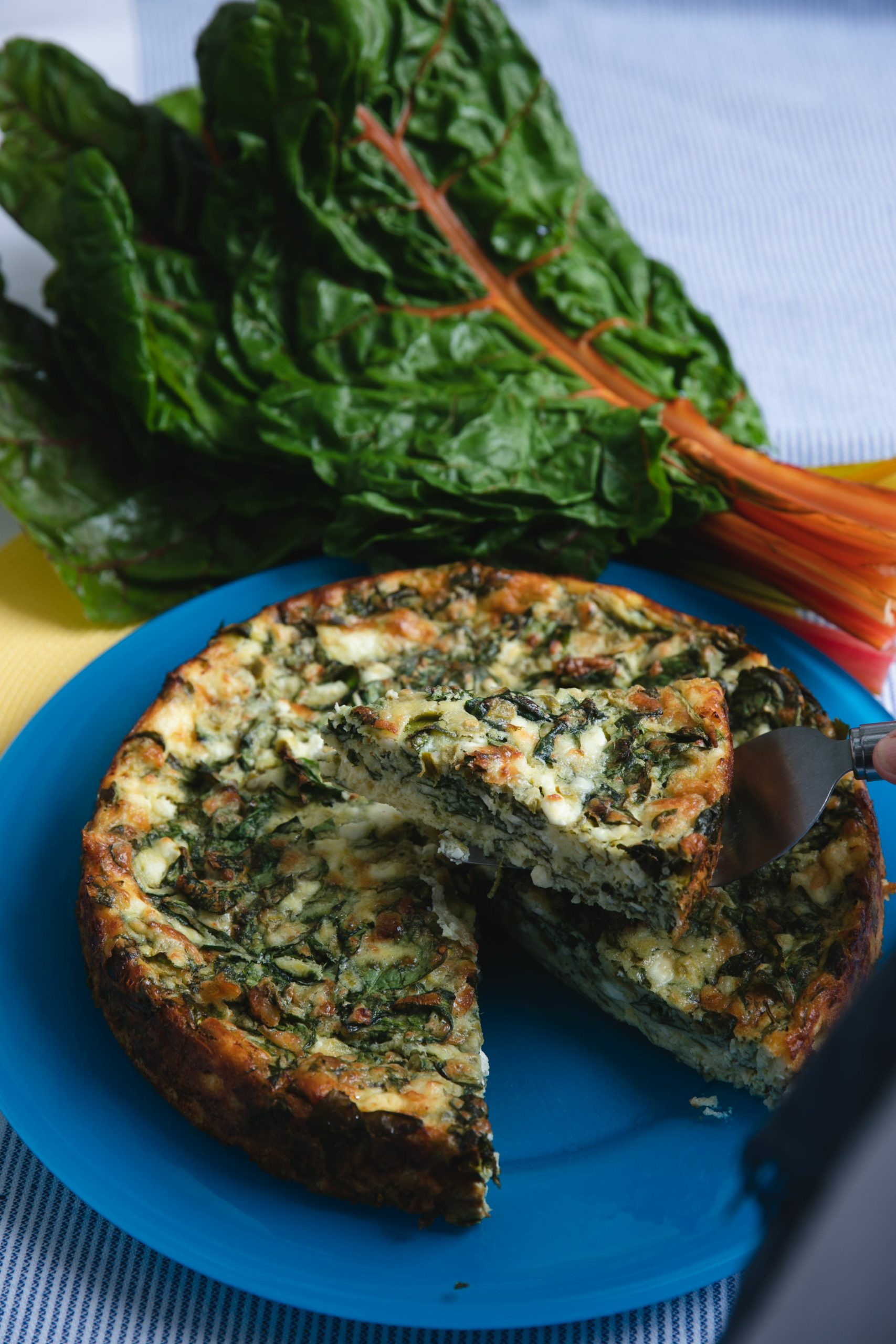 But that didn’t stop the mother-daughter team from working in tandem for 35 years — first at the iconic Loaves & Fishes Foodstore in Sagaponack, which Pump started in 1980, followed by their opening of the Bridgehampton Inn & Restaurant in 1994, and finally, right next door, the Loaves and Fishes Cookshop in 2003.

As their businesses grew, their relationship deepened. While Pump, a German-born chef and author, taught her daughter everything she knew about entertaining, she also instilled in her the importance of slowing down, being patience, and practicing thoughtfulness — lessons she learned from her own father as a child.

“And also, just don’t be afraid to show how much you care about things,” Van Kempen said during a recent telephone interview. “Everything mattered to my mother, and she let everybody know that. I think that’s something that stuck with me, as well.”

When Pump died in October 2015 at the age of 81 (she was struck by a pickup truck while crossing the street not far from her inn, restaurant and shop) it broke her daughter’s heart, while simultaneously thrusting her into a leadership role — now as the singular captain of their ship, responsible for the legacy they built together, as well as continuing her own.

“I’m ready for it,” she said of stepping into the spotlight. “Not too much, but just enough so that I can share the message and make it warm and friendly and appealing. My whole objective is to get everybody back in the kitchen. That’s what feels good.”

On sale beginning July 9, Van Kempen’s newest endeavor — a farm-to-table series of cookbooks, “The Loaves and Fishes Farm Series” — will help her do just that. With one volume for every month of the year, each cookbook is centered on seasonal ingredients from family-owned farms on the East End, highlighted by new recipes straight from the gourmet foodstore’s kitchen.

“It is so exciting, I cannot tell you,” she said. “Meeting the farmers, experiencing their craft, gathering the respect the community has for them, and their different methods of farming, their different priorities, it’s a real celebration of our local community and the farmers that feed us.”

Following the success of her “Bridgehampton Inn and Restaurant Look + Cook Book” last year, Van Kempen teamed up with chef Licia Kassim Householder to celebrate farm-fresh ingredients while taking a closer look at the generations of farmers who grow them — first by visiting the family farm, then honing in on six of their finest seasonal ingredients, and compiling over 20 recipes that feature them in each volume.

“We’re in the happiness business,” she said. “Everybody loves to sit down and share a meal together.”

Van Kempen is speaking from experience. While living in New York City, her friends decided that she would be the designated entertainer of the group, despite the constraints of her small studio apartment.

“I had no space, but I said, ‘Come on, bring it over, let’s go!’ and I would always cook one-pot meals that were simple and could fit on my one-burner stove,” she reminisced with a laugh. “Everything seemed to be doable to me. I saw how my mother did it so effortlessly, and she taught me how to plan. My friends felt like I was the one that empowered this thing to happen. And, of course, my mother had empowered me.”

After emigrating from Wanderup, a German town on the Danish border, to the United States at age 4, Van Kempen’s earliest memories are dominated by her mother cooking and entertaining — and a laundry list of bottomless chores.

“There was always something to do: vacuum before the guests came, set the table, bring in the flowers, stir the béchamel. It was endless,” she said. “And I thought, ‘Ugh, I’m not doing this when I grow up.’ Well, I could not have been more wrong. When I started coming out on weekends helping Mom, I just loved it.”

What started as Van Kempen mixing guacamole and serving hors d’oeuvres for the Loaves & Fishes Foodstore evolved into a true partnership and natural progression of the business, which came to include a catering arm and a cooking school, housed in the historic, circa-1795 Bridgehampton Inn, which her father restored.

“It was a real love project for my family,” Van Kempen said, “but Mom loved her Loaves & Fishes Sagaponack. That was her baby.”

She sighed. “I feel today like she’s still there. She’s been such a fixture for almost 40 years,” she said. “And I feel so privileged. I had the best of everything. I got to work with Mom every day for over 35 years. I would never have foreseen that, but my path walked me in that direction and it was a blessing. It was definitely a blessing.”

When old customers come into the foodstore, those who knew Pump well will always have an anecdote to tell, her daughter said, which often ends with, “She was always so lovely.”

“And I say, ‘You know, she wasn’t always that lovely!’” Van Kempen laughed. “She was pretty tough! And she was firm, and she was outspoken. And then on the other hand, she just loved her customers. She just loved them and she would relate through music and travel and language, and she just loved that sense of camaraderie.

“Those are the stories, and there are thousands of them I couldn’t even begin to tell,” she continued. “But if you meet somebody and you ask them about Anna Pump and Loaves & Fishes, they will have a story to share with you, for sure.”

Carrying her mother’s memory and high standards forward, Van Kempen has incorporated her own family into the business, prior to the mandatory COVID-19 shutdown. On an average day, she would work at Loaves & Fishes in Sagaponack alongside her eldest son, manager Stefan Fengler, until about 3 p.m., before heading to the inn, where her younger son, Kyle Fengler, is the bar manager and mixologist. Every now and then, her daughter, Karina Fengler, who works as a butcher in New Jersey, makes an appearance, too.

“I just love running my own four businesses, and having ideas, and being inspired by everybody else, and always moving forward, always looking ahead,” Van Kempen said. “The journey is not over, that’s for sure. A lot of my friends are retirement age — I’m 63 now, going on 64 — and they’re looking at me like, ‘What are you doing? We’re all planning our retirement, and you’re just going gangbusters here.’ I don’t think I’ll ever retire. I will never retire.”

Foodstuffs: Wölffer’s Rosé Is Back And Clam Bar’s Lobster Rolls Aren’t Far Behind

The Rosé Has Returned It may still feel like winter out there, but here’s something ... 9 Mar 2021 by Staff Writer