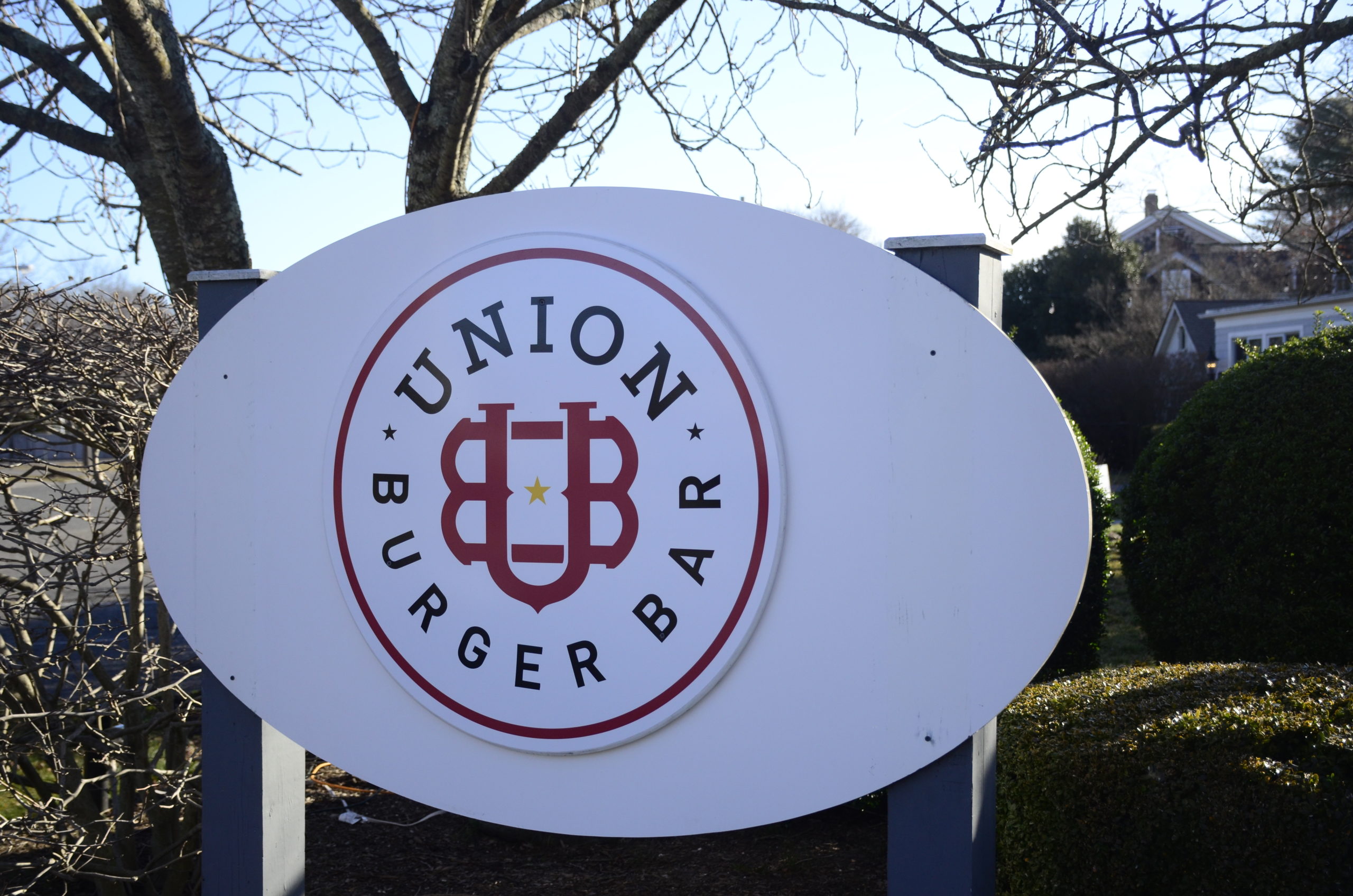 Union Burger has moved into the space previously occupied by Union Cantina at Bowden Square in Southampton Village. GREG WEHNER

Union Burger Bar at 40 Bowden Square in Southampton Village just expanded, and in the process, the owners are changing things up and creating a new concept.

Ian Duke, who also owns the Southampton Social Club in the village, opened Union Burger Bar in a small portion of his Mexican-themed restaurant Union Cantina at Bowden Square, in February 2019.

After operating Union Cantina for four years, he said, he always wanted to open a burger bar in the village.

While there are several places in Southampton Village to get a tasty burger, Duke said there was not a single restaurant that was committed to serving “America’s favorite cuisine.”

“From the minute we opened the doors, it was packed and it stayed like that for a long time,” he said. “Then, even when it wasn’t the hot spot, it stayed very, very consistent and has constantly had very positive reviews, and was well thought of by the community for a little over a year, now.”

With a year under its belt in the village, Duke’s burger bar has expanded into the bar area of Union Cantina.

When he opened Union Cantina, he said, it was a concept that he admitted was rushed. In fact, Duke opened the cantina in 46 days, and every day since was spent trying to improve it and find ways to make it work.

“It just never quite clicked,” he said. “It never felt right and we never got it to feel right.”

Rather than try to fit a square peg into a circle, Duke said he began looking into other options for the space a couple of months ago.

After determining to use the bar area of the cantina for the new burger bar location, he was left with the old burger bar space and the cantina dining room that can seat more than 100 people.

He started looking into what Southampton Village needed, and came up with three things within seconds.

“There’s no steakhouse, first off,” Duke said. “If you ask anyone where they’re going to get a steak, they’re going to Bobby Van’s or 1 North in Hampton Bays. That doesn’t mean there’s no one in the village that doesn’t serve a good steak. I’m not saying that at all. I am saying, though, there isn’t a steakhouse. A place you can go and get that steak or the things you want with it, a la carte.”

The village also lacks a place that specializes in sushi, he said. Social Club serves sushi, but there is no place that is open year-round that serves sushi. So, he is opening a sushi bar and raw bar in the new space.

The new restaurant will be called Union Sushi and Steak.

The third and final thing Duke hopes to achieve with the property is to create a space like the Social Club, but for an older crowd.

“This is probably the more glaring of the three things that many people have told me over the last seven years, but lots of people would love to go to Social Club, but they’ll be the first to say to me, ‘Ian, we want somewhere to go with that kind of vibe, but where everyone’s not 26,’” he said. “Somewhere where there can be a great vibe with a little bit maturity. And that’s what we want to try to create as part of this whole concept ... a high-end scene for those who are looking to enjoy a high-end dining experience and then stick around.”

Duke is no stranger to running a burger restaurant. He owns two Lucky’s Famous Burgers in New York City that are along the lines of Shake Shack — fresh food made fast, as opposed to fast food.

Union Burger Bar, he said, is the exact opposite.

For those who are upset that Union Cantina is closed, he said he was able to keep some of the restaurant's staples on the menu. He also added a mahi sandwich and said there will be several new sauces, including an apricot bacon sauce.

“It’s going to take time. The whole thing is a process,” said Duke, explaining that some guys come into his restaurant and order 11 things on the burger — things like mac ’n’ cheese, onion straws, cheese and bacon. “It’s a far more intricate burger. It’s more sophisticated.”