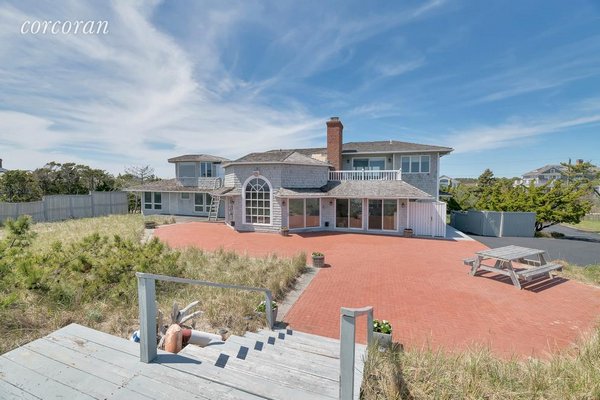 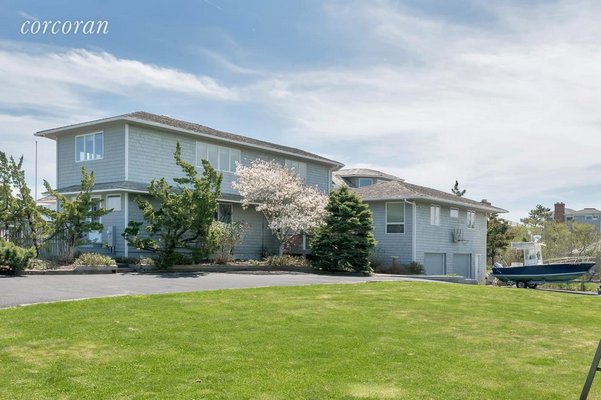 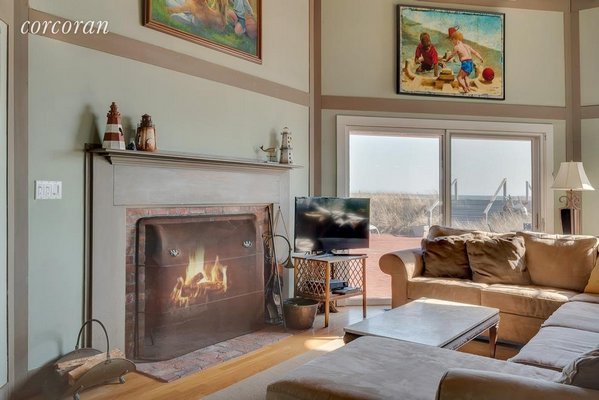 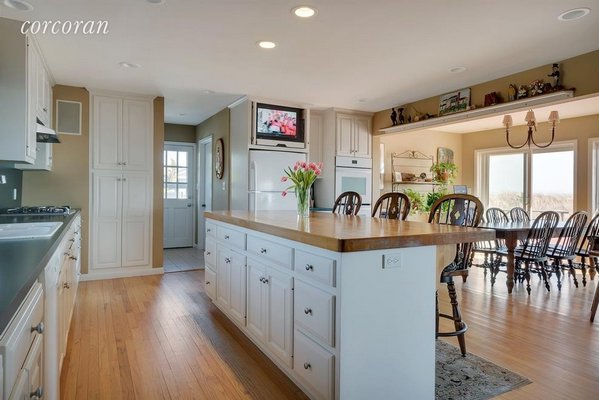 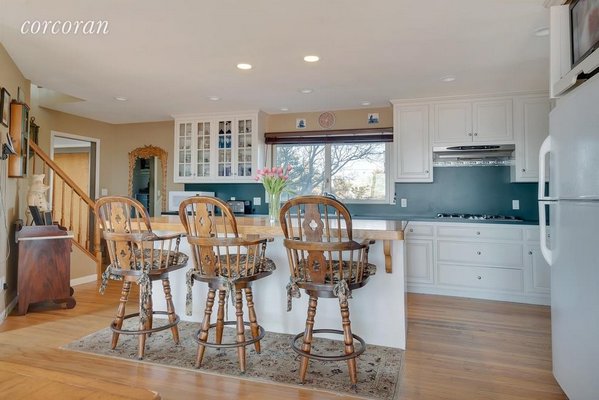 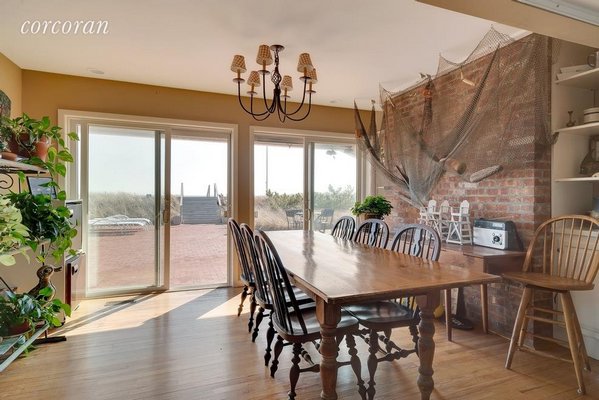 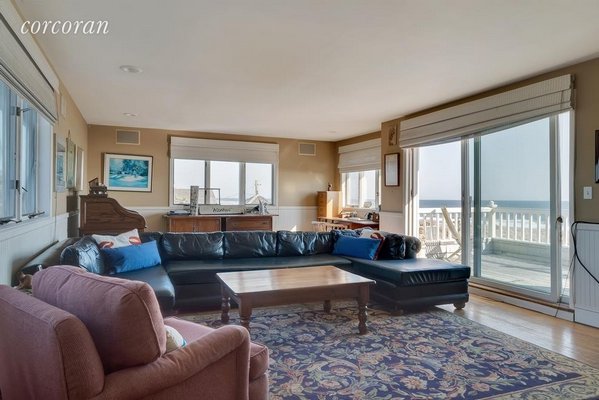 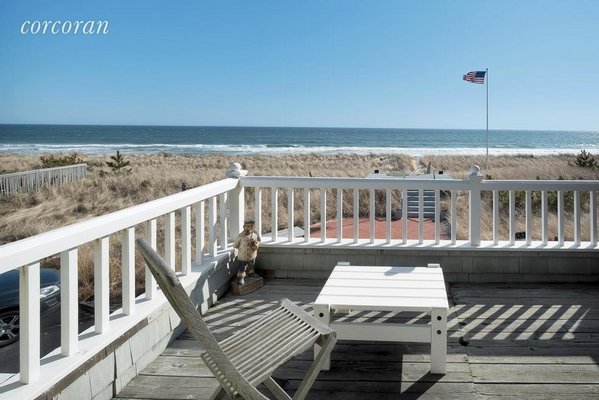 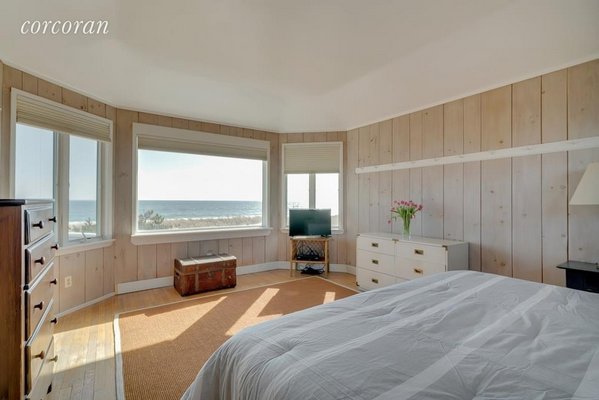 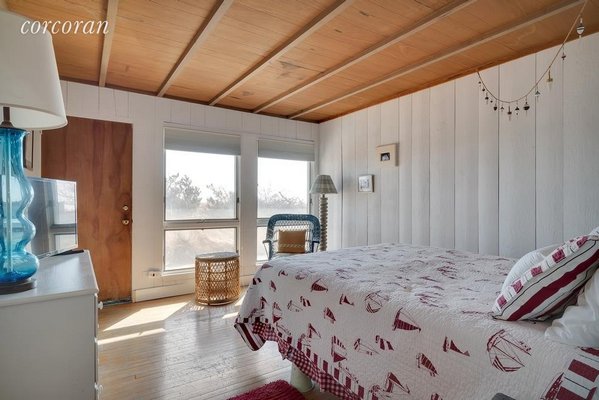 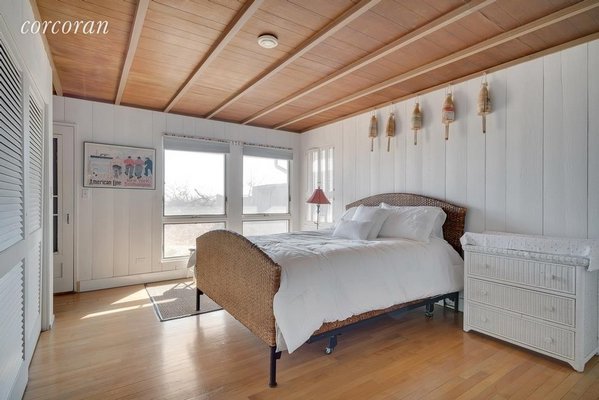 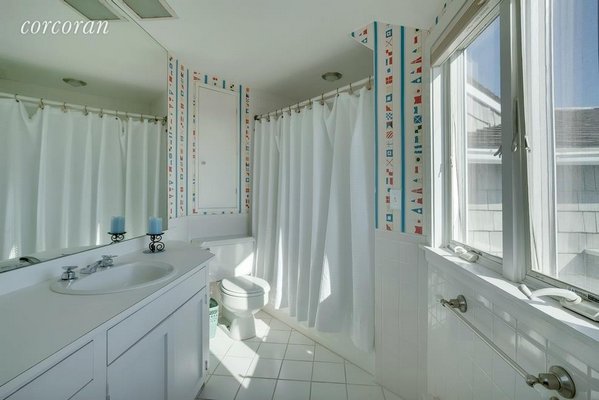 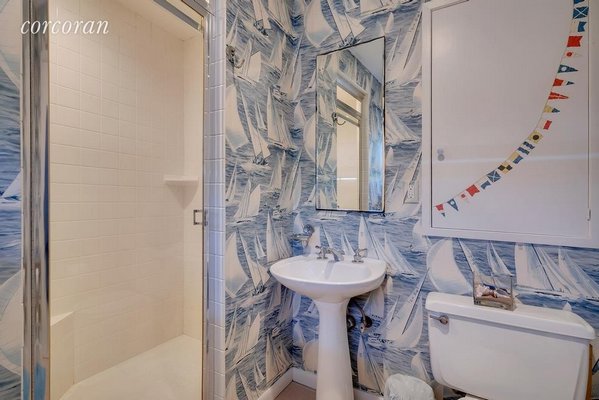 We have not mentioned Amagansett lately, and it’s time to make up for that because there has been a flurry of year-end activity in the hamlet, including an eight-figure sale.

For $10.35 million, Irving Eli LLC is the new owner of 143 Marine Boulevard. On 0.84 acre is a house of 3,703 square feet that includes five bedrooms, five baths, views of the ocean from both floors, two living rooms—one upstairs and one down—and a huge oversized garage in the basement that can house up to four cars. There is also a detached two-car garage—in case the basement isn’t enough—a semi-circular driveway that accommodates many cars—in case the basement and the garage are not enough—a huge patio that walks right out to a dune deck, and balconies overlooking the ocean. The property is right off Surf Drive, which is the widest street coming from Montauk Highway and is all paved. The beach access points for other residents of the Amagansett Dunes are blocks away on either side of this property, which means there isn’t the noise of other residents coming and going to the ocean beaches. (However, there is the noise of all those cars in the basement, garage, and driveway.) We’re told, “The potential here is enormous to transform this into your own dream home, or just enjoy as the lovely, comfortable beach house that it is.” The new owner’s dream better include plenty of cars.

Another recent sale is 118 Meeting House Lane, purchased by Philip Uhde for $6.6 million. The 5,100-square-foot house is perched on 0.74 acre. Step into the entry foyer to see an expansive lawn through 8-foot-tall glass French doors. The main level with 10-foot coffered ceilings opens to a living room with fireplace and covered porch with sunset views perfect for outdoor entertaining. The dining room flows to an open and light-filled space with family room, breakfast room and gourmet chef’s kitchen, all with views of a bluestone and brick fireplace, and access to the outdoors. The first-floor bedroom with en-suite bath has a separate entrance to the rear yard. At the top of the grand center staircase is a sitting area with outdoor porch. The four bedrooms have en-suite baths. The grand master bedroom has a fireplace and a mahogany terrace that has access to both the bedroom and the master bath featuring a floor-to-ceiling glass-enclosed steam shower and free-standing jacuzzi tub. The finished lower level with media room has a fireplace and half-bath.

Back on Marine Boulevard, #57 has sold to an LLC for an even $5 million. This is described as “prime coastal property high on the Amagansett bluffs directly across the street from the ocean with views of the Atlantic to the south and a vast natural dunescape to the north.” The 0.7-acre property is accessed by a long private drive leading to a 3,000-square-foot shingled beach house with extensive tiered decking and a heated pool. A separate artist’s studio is an amenity to the property, ideal as a pool house, office, yoga retreat, or playroom. The interior has vaulted ceilings throughout, crisp white-wood flooring, extensive whitewashed shiplap, soft gray architectural beams, and “an easy relaxed flow all on one level.” A dining area with three sides of windows is a space in which to entertain. Three of the four guest rooms offer access to the outdoors including an en-suite master with a walk-in closet. The two baths have been renovated with natural stone and marble finishes.

One more in Amagansett to mention is actually two addresses, #226 and #230 Bluff Road, sold by the estate of Barry Sullivan to an LLC, for $4.5 million and $4 million, respectively.

The late Mr. Sullivan—who passed away in 2016 at the age of 85 after an 11-year struggle with Parkinson’s disease, according to his New York Times obituary—was a distinguished Chicago banker. Having grown up in the Bronx, in his retirement he returned to New York City and served as the deputy mayor for finance and economic development under Mayor David Dinkins. He then spent a year and a half as the New York City Board of Education’s chief operating officer.

The estate’s two single and separate lots were sold together. The front lot is an acre of vacant land ready for development or it can be kept as is, allowing for complete privacy for the back property, which is also an acre with an existing 3,200-square-foot house, swimming pool, and tennis court. These 2 acres of property are within walking distance of the ocean beaches and the downtown area, or maybe borrow one of those cars from the new owner of 143 Marine Boulevard, above.

A green lawn can be achieved without the synthetic fertilizers and toxic pesticides associated with ... 23 Jan 2020 by Brendan J. O’Reilly

Four Fountains, one of the most unusual houses in Southampton Village, with an equally storied ... 9 Jan 2020 by Anne Surchin, R.A.
Sign in to comment