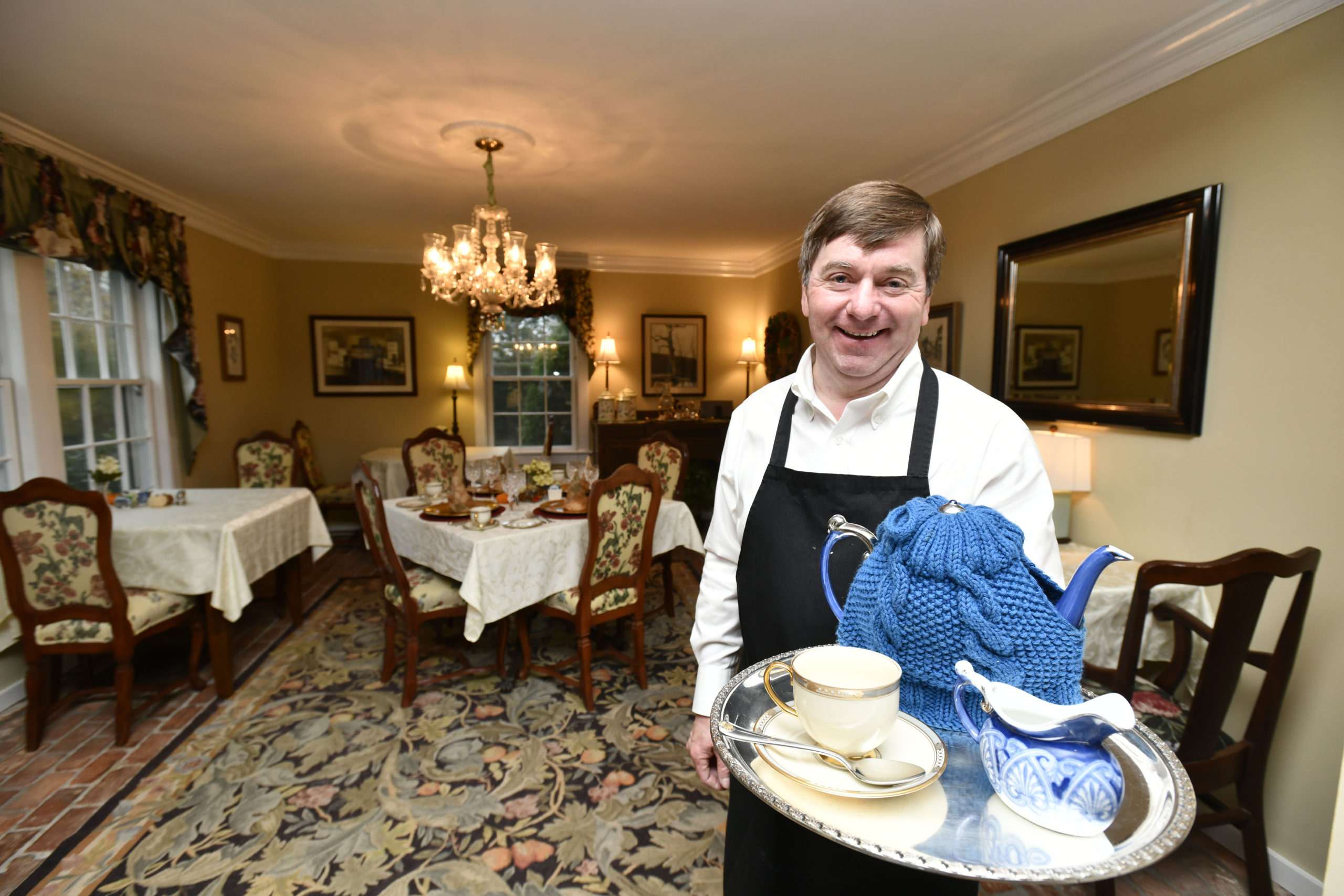 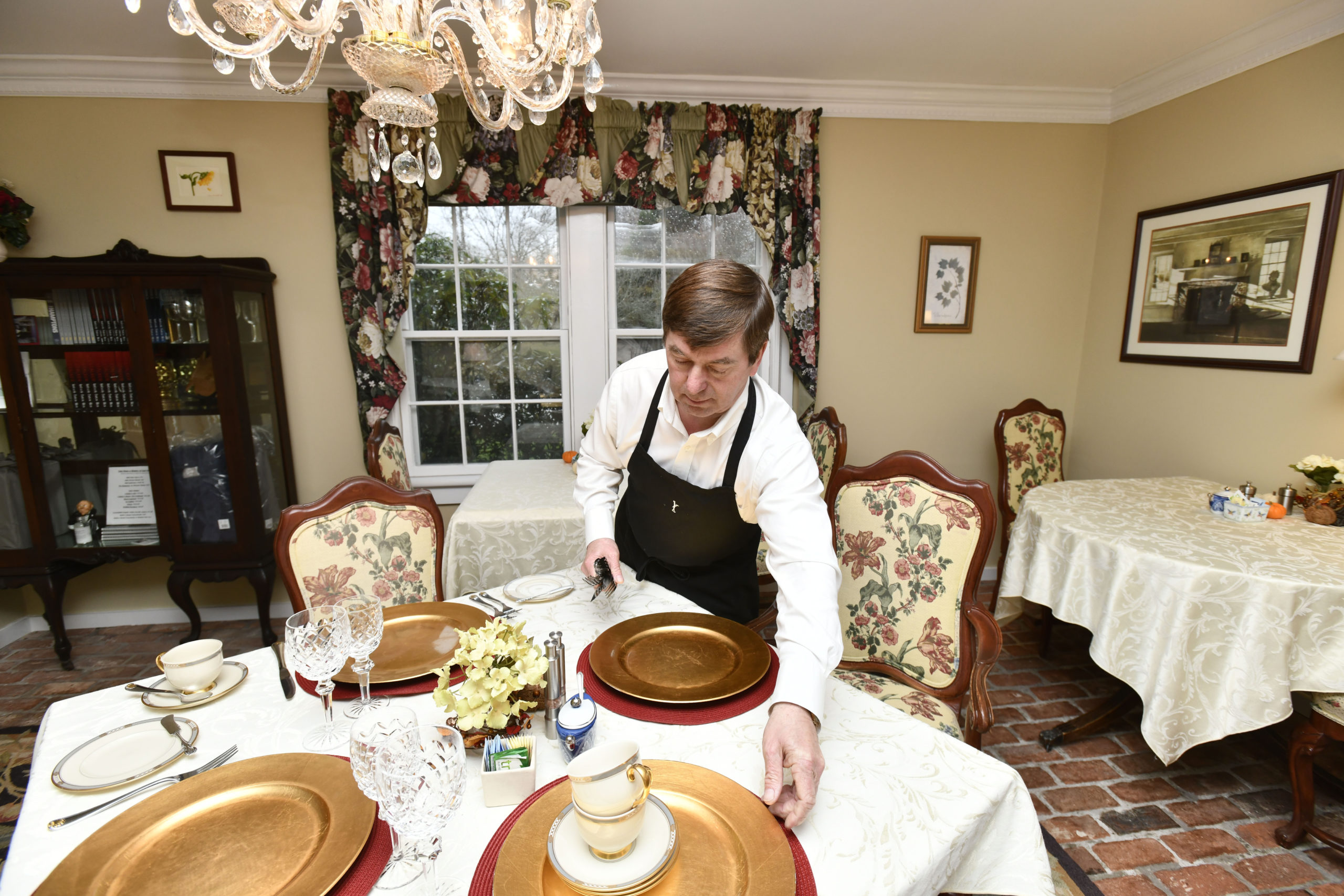 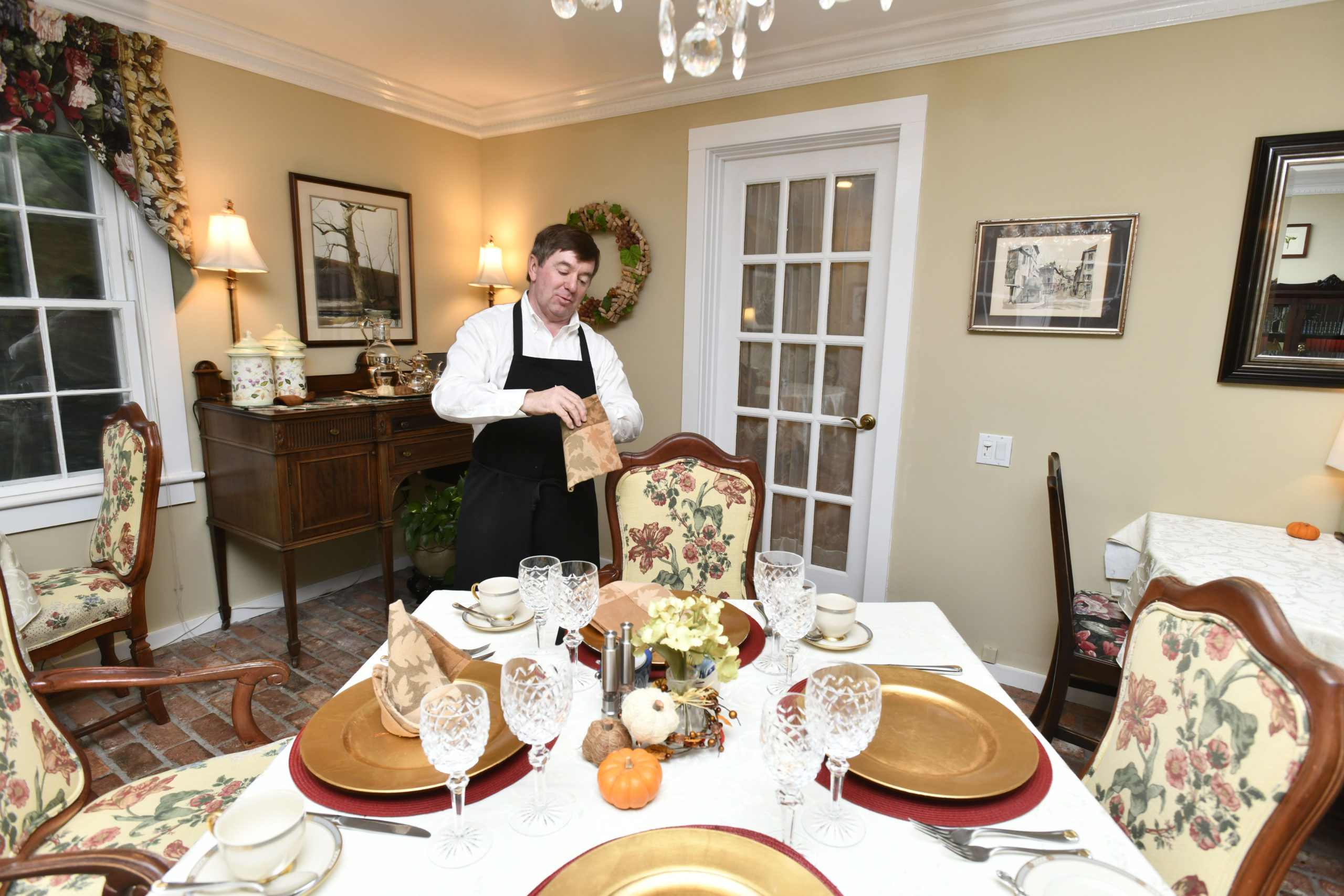 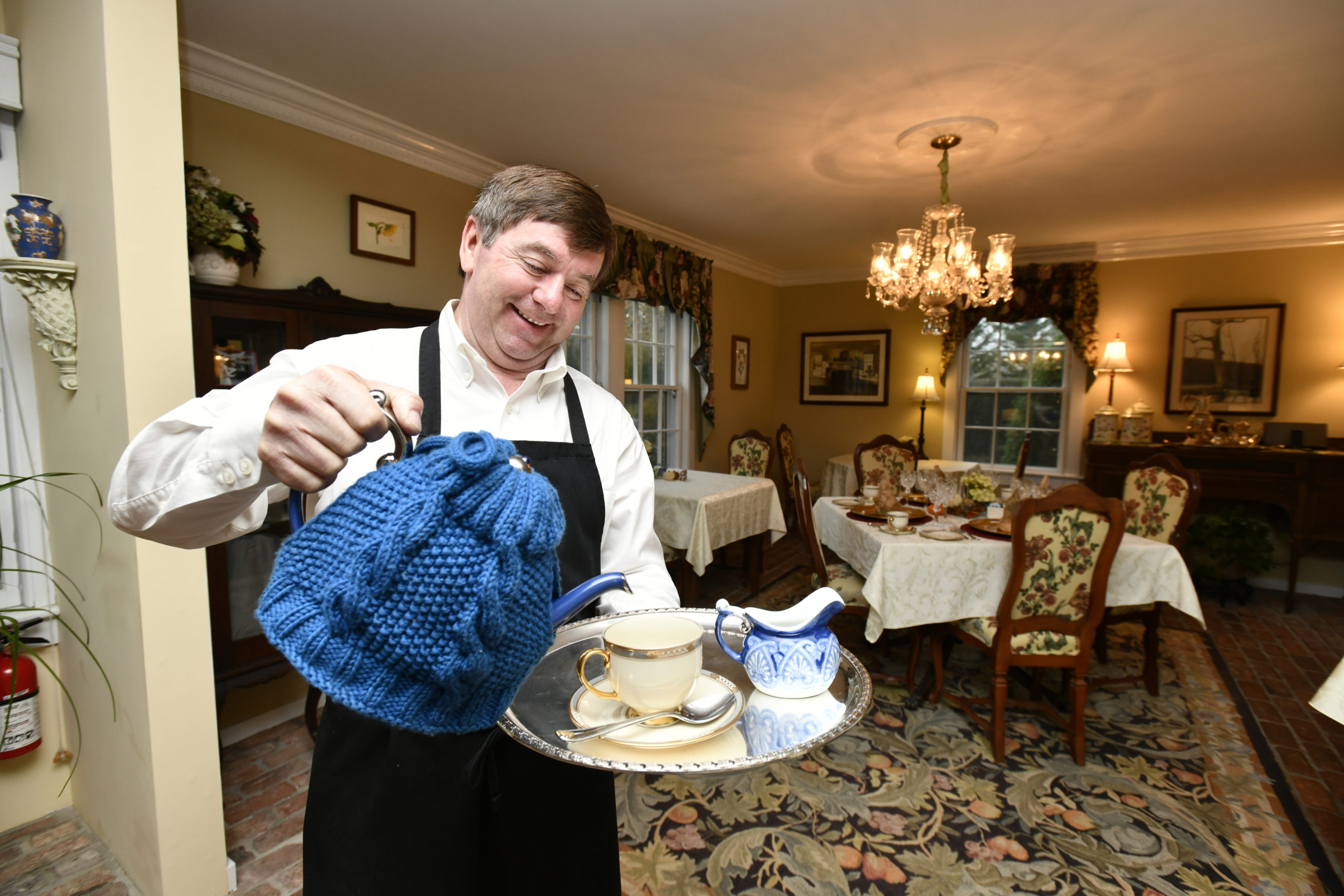 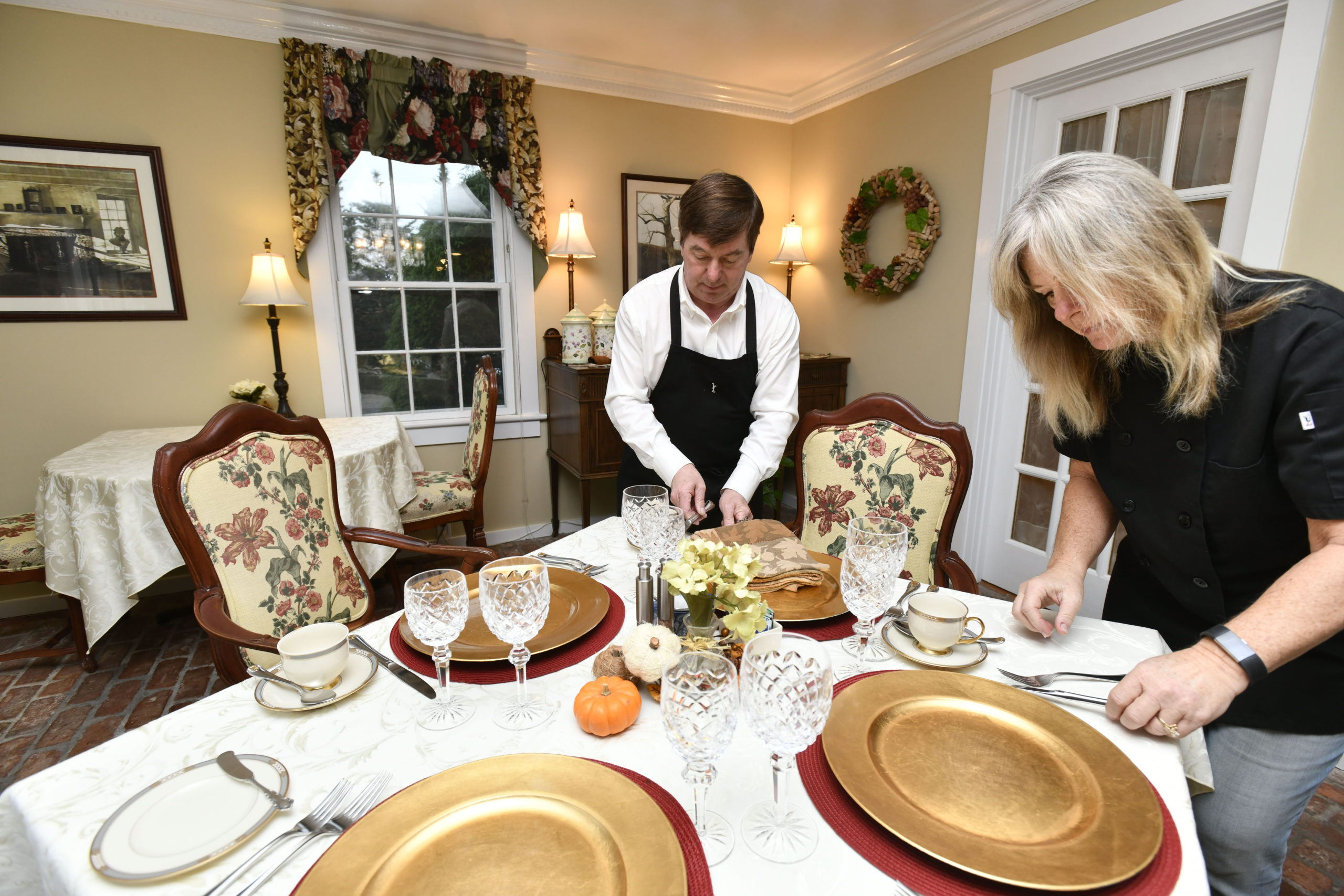 Chris and Kimberly Allen at A Butler’s Manor in Southampton Village. DANA SHAW 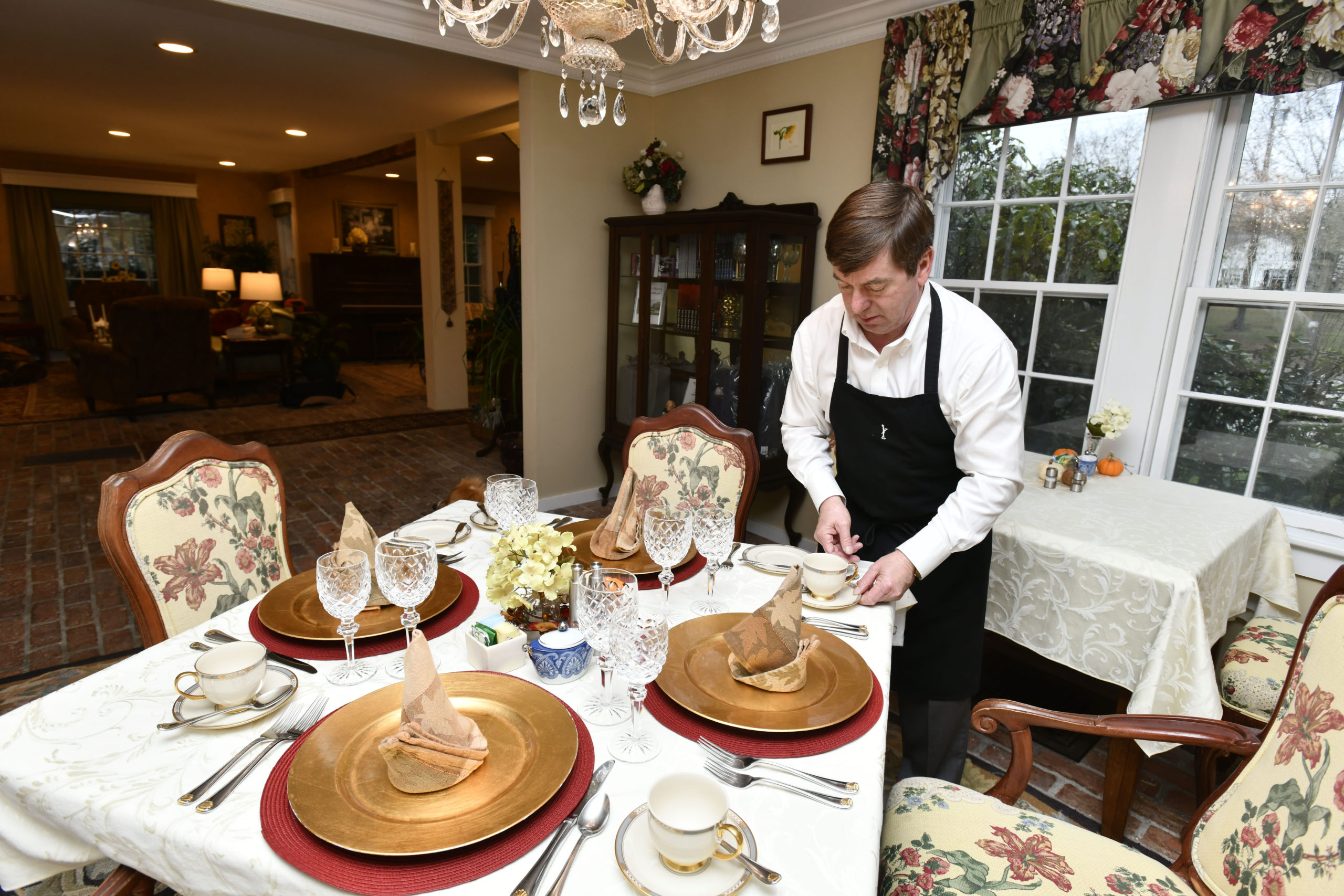 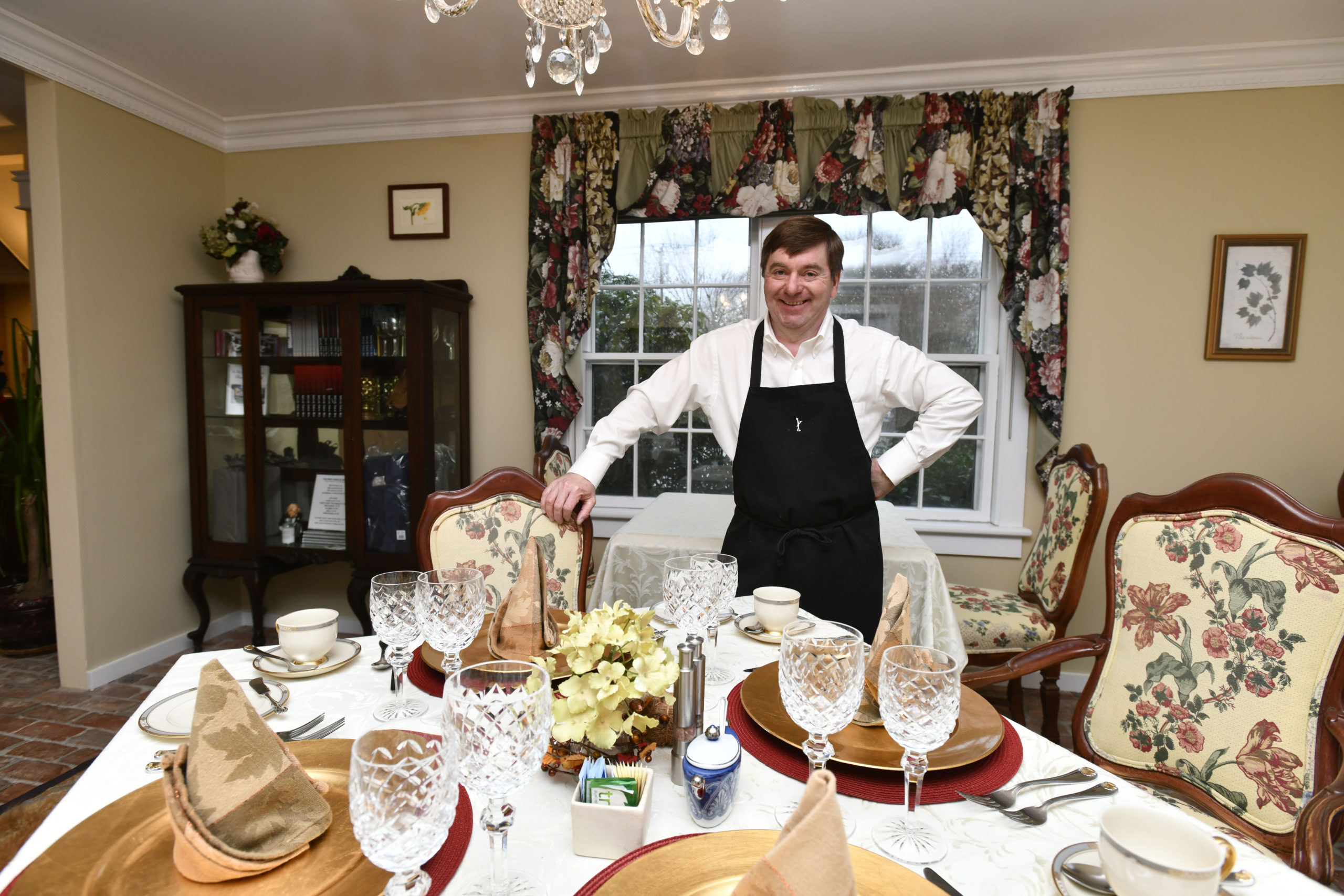 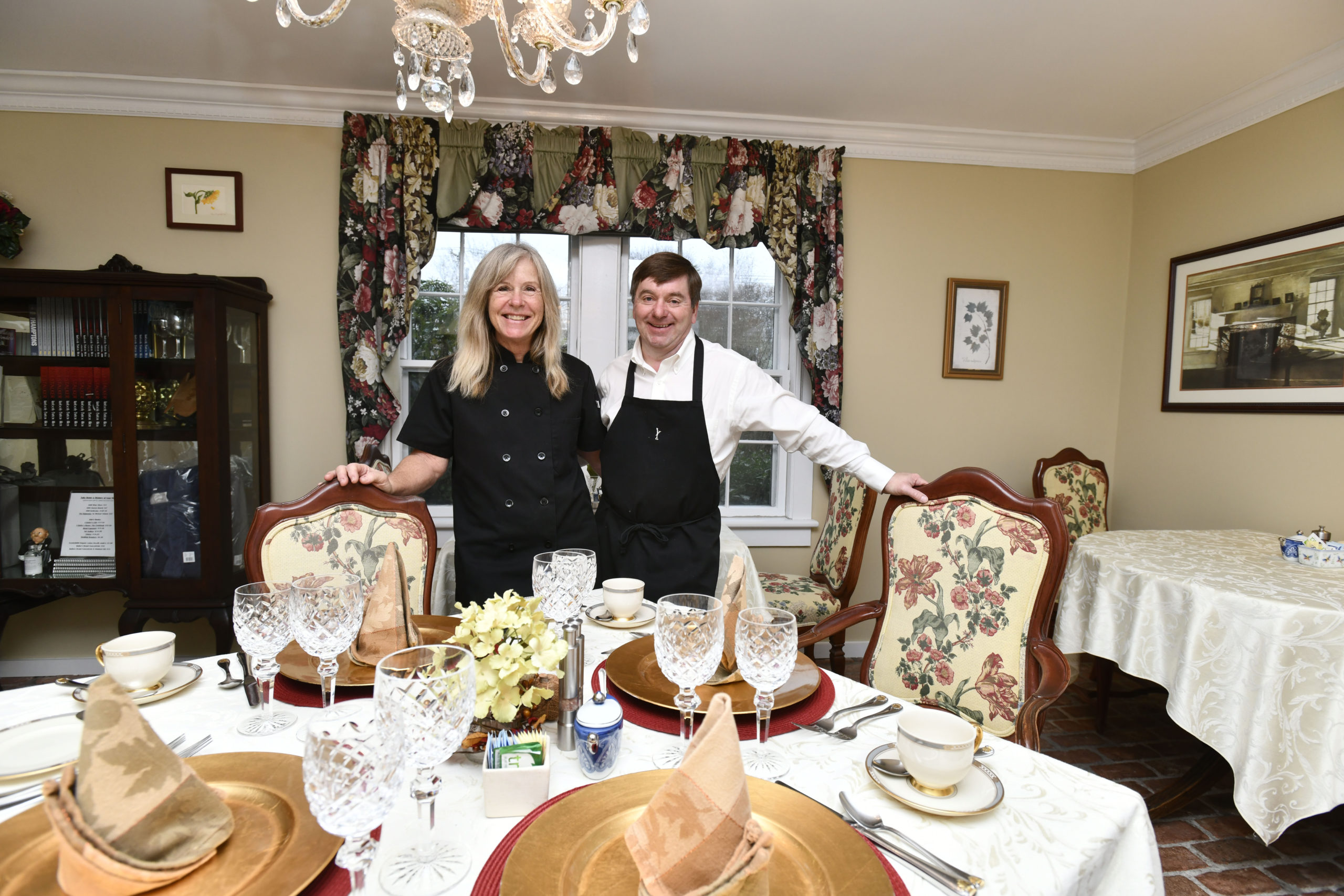 Chris and Kimberly Allen at A Butler’s Manor in Southampton Village. DANA SHAW

A Butler’s Manor, the established bed-and-breakfast in Southampton, will launch its inaugural Downton Abbey Weekend on Friday, December 13, inspired by the British period drama that ran on PBS’s “Masterpiece” and came to the silver screen this year in a follow-up film.

Upon arrival, guests will be greeted by a Champagne reception. On Saturday afternoon, December 14, they will enjoy an afternoon tea, during which time Chris Allen, the inn’s proprietor and a former butler himself, will speak for two hours about the evolving role of the butler. Guests will also receive a copy of “A Butler’s Life: Scenes from the Other Side of the Silver Salver,” the 2001 biography penned by Mr. Allen’s wife, Kim Burton Allen.

A Butler’s Manor will also be partnering with the Southampton History Museum, the current exhibition for which is “High Style in the Gilded Age: Southampton 1870 – 1930.” The museum will host a candlelight tour that Saturday, showcasing the 20-room Rogers Mansion as it appeared in the 1920s. Participants in the Downton Abbey Weekend will be able to attend the candlelight tour as well.

Mr. Allen and Ms. Allen run the bed-and-breakfast together. After marrying in the late 1980s, the pair moved to the East Coast in 1992. Mr. Allen, who spent two decades working as a butler for high-net-worth households in Europe and the United States, will share with guests the ins and outs of butler service. “I’m sure everyone who comes to this will have seen ‘Downton Abbey,’” he said. “The big staff is not very common nowadays. We’re going to contrast what a butler does today with what they used to do. What we do, nowadays, is basically run the house.”

The weekend will also inform guests about running their own households, no matter how large (or small). “I’m going to be talking about how I bring butlering skills into my B&B. I try to make my B&B very green. We make our own washing powder. We make our own clothes softener.” In addition to sharing some of these skills, Mr. Allen will also offer insight as to how to stock a home for entertaining, including what kinds of staples one should have in the refrigerator and freezer.

At afternoon tea — distinguished, Mr. Allen noted, from a high tea, which is served at a table with a knife and fork — guests will see service at work. “Afternoon tea is finger sandwiches, scones, and little petit fours,” he said. “And it’s served, typically, at a coffee table, and not a dining table. We’ll be serving a variety of different teas. We have 16 different types here.”

One element of butler service that has not changed with the passage of time, Mr. Allen said, is the relationships. “When I was working on large estates, it was incredible, the amount of tension between the staff, and the problems they had. [‘Downton Abbey’] definitely got that bit right. The tension that comes in, and all of the problems that the staff has — that is very true, even today.”

Mr. Allen also explained that service in Europe is markedly different from service in the United States, which he intends to address during Downton Abbey Weekend. “When I was working for the English aristocracy, I never spoke,” he said. “The longest conversation I had with my employer was, ‘What do you mean, you’re leaving?’” American principals, on the other hand, introduced him to their friends and colleagues, in a much more congenial and informal manner.

Of course, Mr. Allen also intends to regale guests with colorful tales of his own butlering past — minus the names, for privacy purposes. Some of these tales, he said, point to the evolution of butler service. “I’m sure [‘Downton Abbey’ head butler] Carson never had to jump in a car and follow one of the guests to make sure she was going where she said she was going,” Mr. Allen said. Certainly, he added, Carson wouldn’t have been driving a 1969 Firebird convertible.

Ultimately, the weekend will offer guests a unique entrée into the world of bespoke service. The role of a butler, Mr. Allen said, is to “build a little cocoon of security and style. Butlers relieve you of the tedious tasks that you would normally have to do if you were a homeowner.”

Does the rigor of running a busy bed-and-breakfast compare with the rigors of a 20-year career as a butler? Not even a little, Mr. Allen said. “Compared to being a butler, this is cake.”

Downton Abby Weekend costs $125 per couple, plus the price of accommodation for the weekend. For more information, visit abutlersmanor.com.

Even though the novel coronavirus, COVID-19, has spread at an unbridled pace, and the public knows all about social distancing and 20-second hand-washing, there are still other measures to consider for decreasing the potential for transmission in both residential and commercial building environments. In recent years, there has been a vast amount of research done regarding the existence and transmission of microbes, both in terms of pathways and mechanisms. There is evidence that a virus can spread by “environmentally mediated transmission,” which is essentially related to contact with abiotic — physical rather than biological — surfaces. Most of us spend ... 1 Apr 2020 by Anne Surchin, R.A.