A New/Old Look For Marine-Grade Lighting 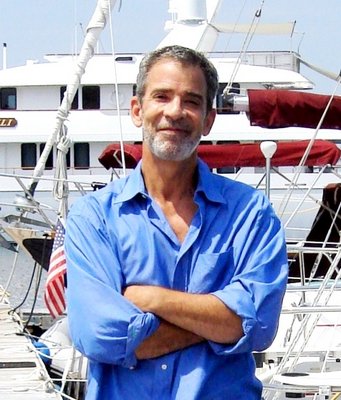 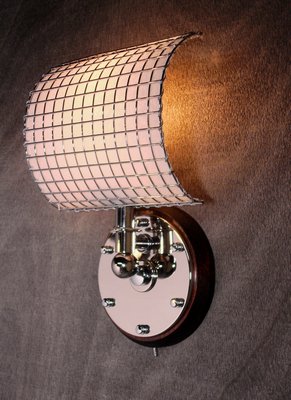 The shades of the marine grade lamps are spun filament fiberglass or polycarbonate because of the waterproof quality and the materials are dimensionally stable so it won't shrink or expand. COURTESY: ART DONOVAN 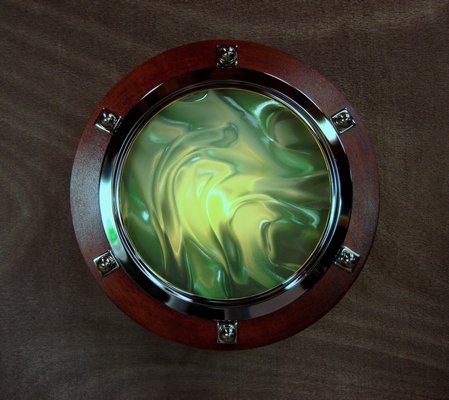 The lamps produced by Sage Marine are made of high quality materials like solid mahogany and silicon bronze. COURTESY: ART DONOVAN 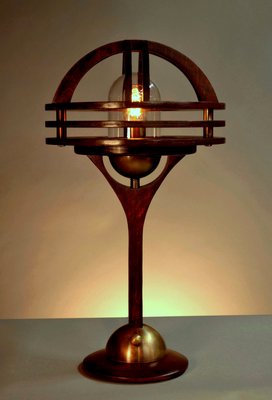 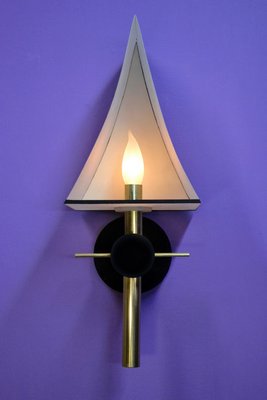 Each lamp is custom designed and made by hand to be virtually waterproof. COURTESY: ART DONOVAN 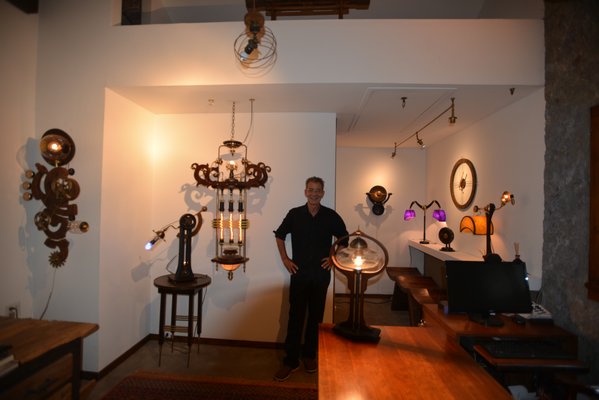 Sitting in Art Donovan’s in-home studio on Little Fresh Pond Road in Southampton is a bit like taking a trip to Vincent Price’s laboratory in the movie “Edward Scissorhands.”Mr. Donovan is a mad scientist of sorts. The Steampunk artist and custom lamp designer’s company, Sage Marine, crafts Gothic-style illuminated sculptures of marine-grade quality for high-end yachts.

Since 1990, he has been handcrafting lamps for his company, Donovan Design. But since 2007, he’s been introducing elements of Steampunk—an art genre that takes its influences from 19th-century science fiction—into his lamp designs for his newest business, Sage Marine. He and his wife, Leslie, began the subsidiary, which focuses solely on custom marine lighting, accented with a touch of Steampunk, for the interiors of yachts.

“I was surprised when I first started it, I thought there would be a huge resource out there for highly stylized marine-grade lighting and there wasn’t,” Mr. Donovan said, sitting in his studio surrounded by his creations, which are adorned with skulls, unusual gauges and ancient symbols.

What makes lighting marine-grade is the materials used to fabricate the different lamps. According to Mr. Donovan, the interior yacht lights created by Sage Marine are made of silicon bronze, the most durable metal for high-salt environments. The silicon, an alloy blended with mostly copper and some trace elements, is corrosion-resistant.

“I was faced with the problem of creating lamps and the normal lamp components I would use—which would be steel, stainless steel and brass—I had to convert them all and have them custom made out of silicon bronze, which is really ridiculously expensive,” he explained.

The metal components are not the only materials held to the standard of marine grade. Mr. Donovan uses only solid mahogany and marine-grade mahogany plywood, and all of the components and bare-wire terminals are coated with silicon. The shades are handmade out of spun filament fiberglass or polycarbonate—two materials that are waterproof and dimensionally stable so they won’t shrink or expand.

“Pretty much you are producing a waterproof light that’s made for indoors, staterooms, client’s yachts, luxury yachts and sea liners,” Mr. Donovan said.

His lamps are made to reflect an upscale residence. They have graced the interiors of stately ships the likes of Benetti Yachts and Disney Cruise Lines.

The designer and artist had no prior experience working with boat components, he said. But through research and help from Lou Grignon, who owns the Sag Harbor Yacht Yard, Mr. Donovan began making products durable enough to head out to sea.

“I’ve known Art for 15 years and as he moved over to Steampunk lighting I asked him to use some of the same materials to fabricate some marine interior lighting,” Mr. Grignon said during a recent interview. “His designs are completely his own. He uses top-shelf materials. On the water you have a rougher environment with the salt air, so he used material that would be protected against it.”

Steampunk art and marine-grade lighting go hand in hand for Mr. Donovan. Most Steampunk objects are functioning technical devices wrapped in hand-scrolled mahogany, hand-tooled brass and ornately designed with a touch of Gothic darkness and pagan symbolism. The materials relate a sense of old-world craftsmanship.

With all of his creations there are figurative bells and whistles, and literal gauges, knobs and switches, he said, adding that it’s easy for him to get carried away in the studio. That is where the president of the company, his wife, Leslie, steps in.

Ms. Donovan, who stages homes and decorates the window display at White’s pharmacy in East Hampton, helps keep her husband on track, she reported. The couple works closely together on lighting projects: Mr. Donovan builds the lamps, and Ms. Donovan helps with design.

“The ice cream sundae has been built, the cherry is on top, we don’t need the sprinkles! I’m quality control, he’s like a mad scientist,” Ms. Donovan explained, through laughs, of her role in curbing her husband’s enthusiasm.

“We work, we’re always together, we don’t get tired of it,” she said.

“There is sort of a tactile old-world marine quality to them, sort of like an old-world tooled quality,” Mr. Donovan said of his marine grade lamp designs.

And, of course, when it comes to marine-grade Steampunk lighting, there’s always something interesting and unique on the horizon in Mr. Donovan’s laboratory.

Sage Marine lamps are available at the Sag Harbor Yacht Yard and online at donovandesign.artspan.com. The second edition of Mr. Donovan’s book, “The Art of Steampunk,” was released in May. He will discuss the book, and some of his pieces, at the East Hampton Library on Saturday, July 20, at 1 p.m. Additionally, he will participate in “Author’s Night” at the East Hampton Library on August 10.