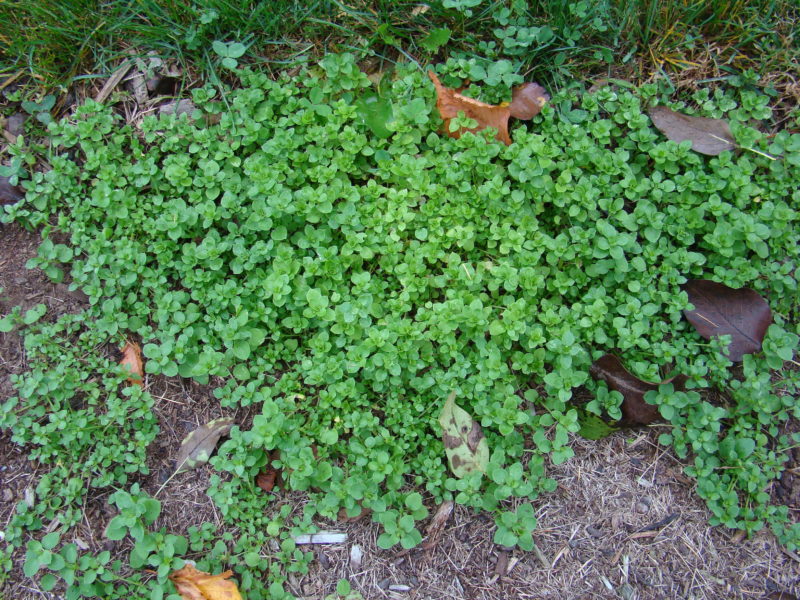 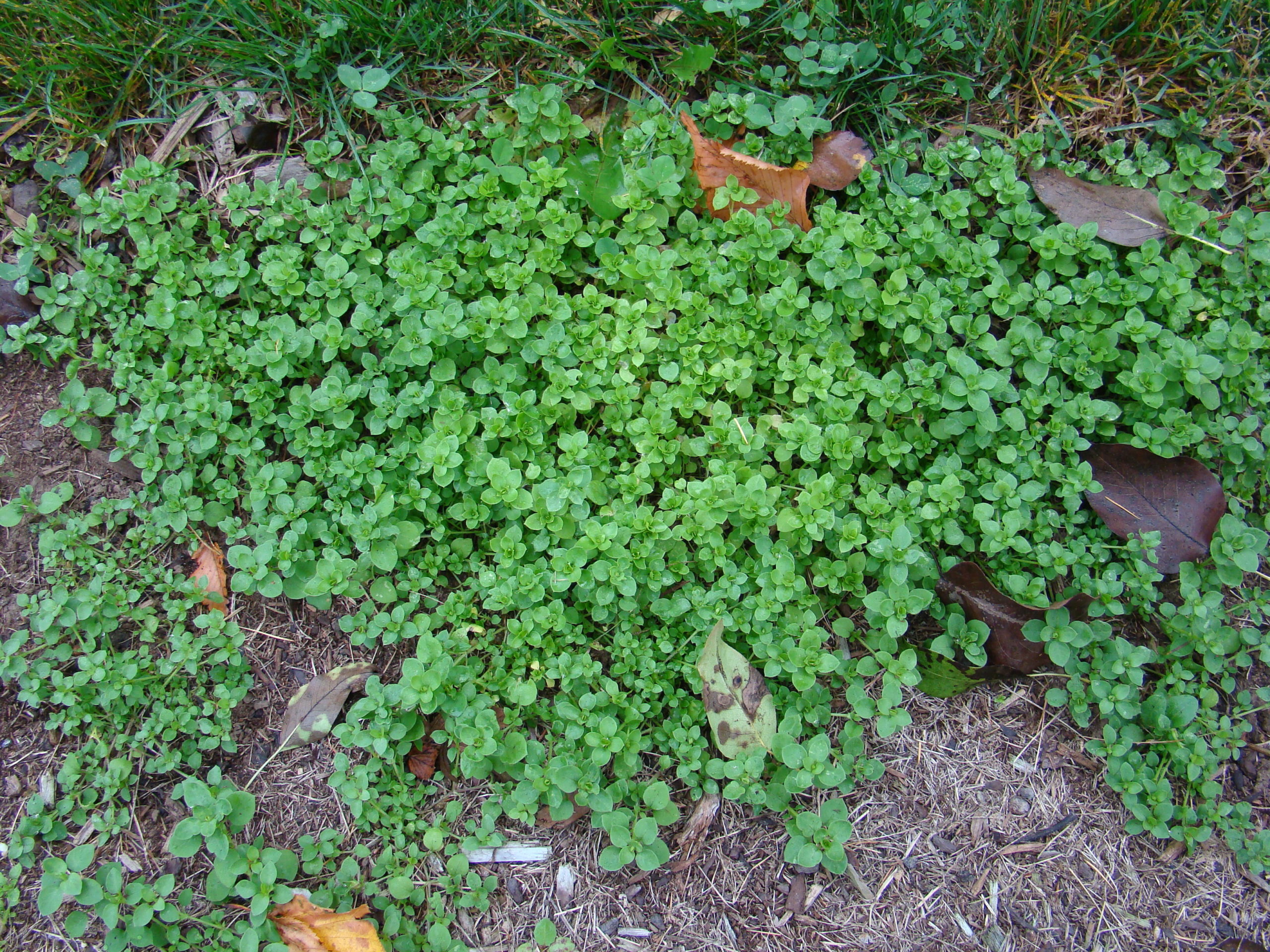 Chickweed can be used in salads and has medicinal uses, but it can also be a major problem in lawns. It is easily hand pulled and should be removed in the winter before it flowers and sets seed. 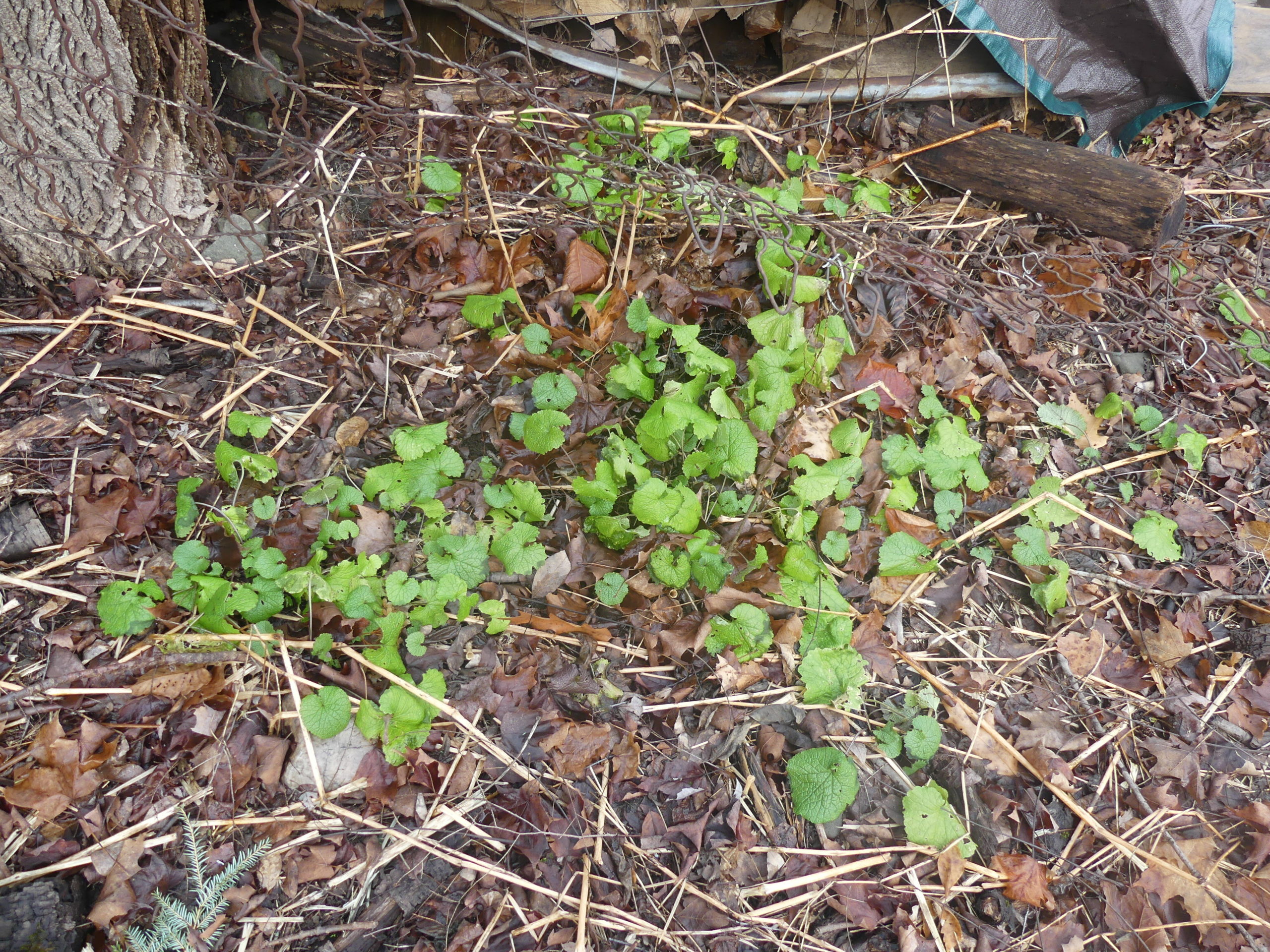 Garlic mustard tries to invade along a property line and, if left, will flower in the spring with each plant shooting out hundreds of seeds. 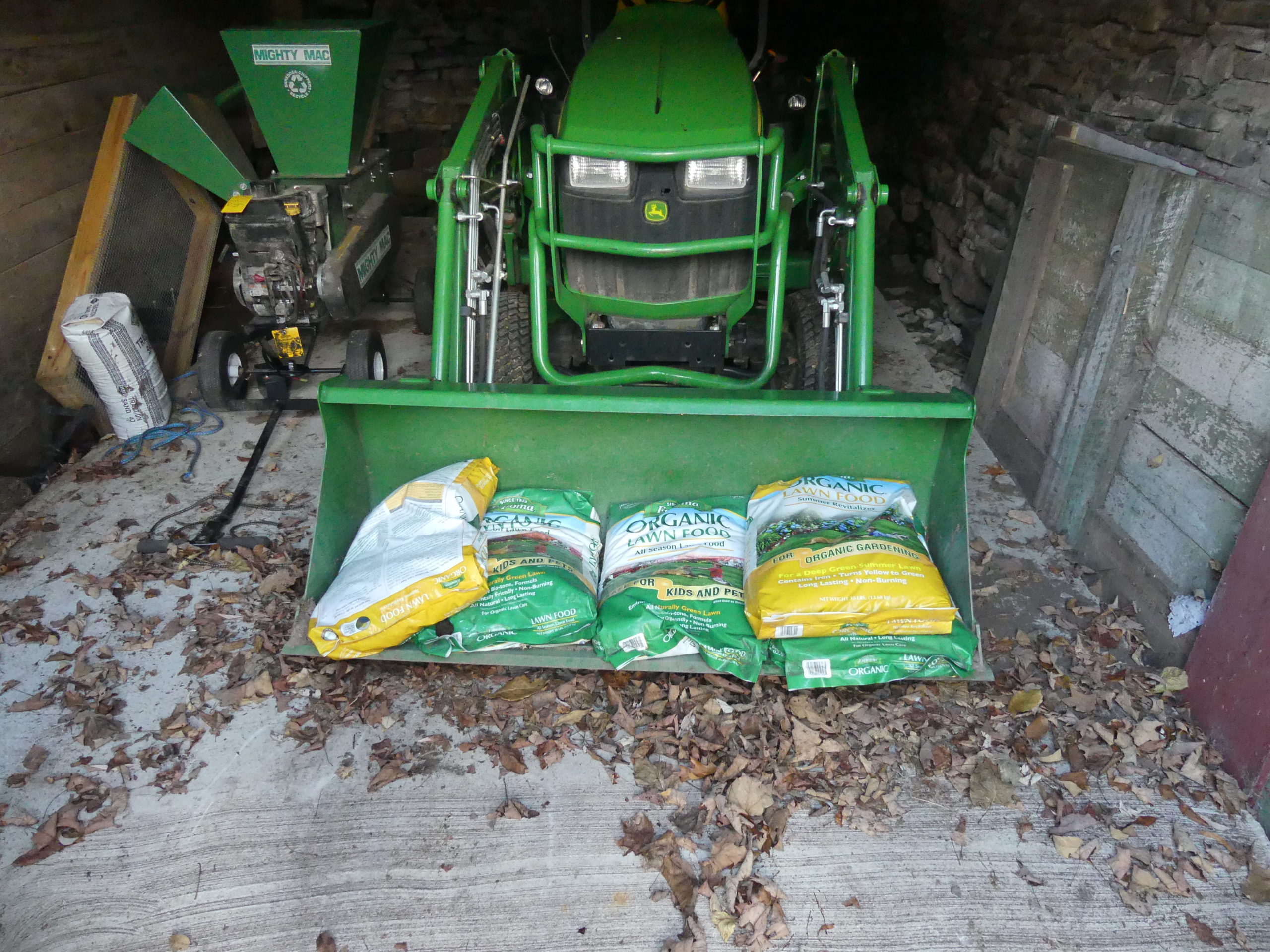 With shortages of fertilizers predicted for this growing season, now is a good time to stock up on organics. Store it above the floor, where the fertilizer will stay cool and dry. 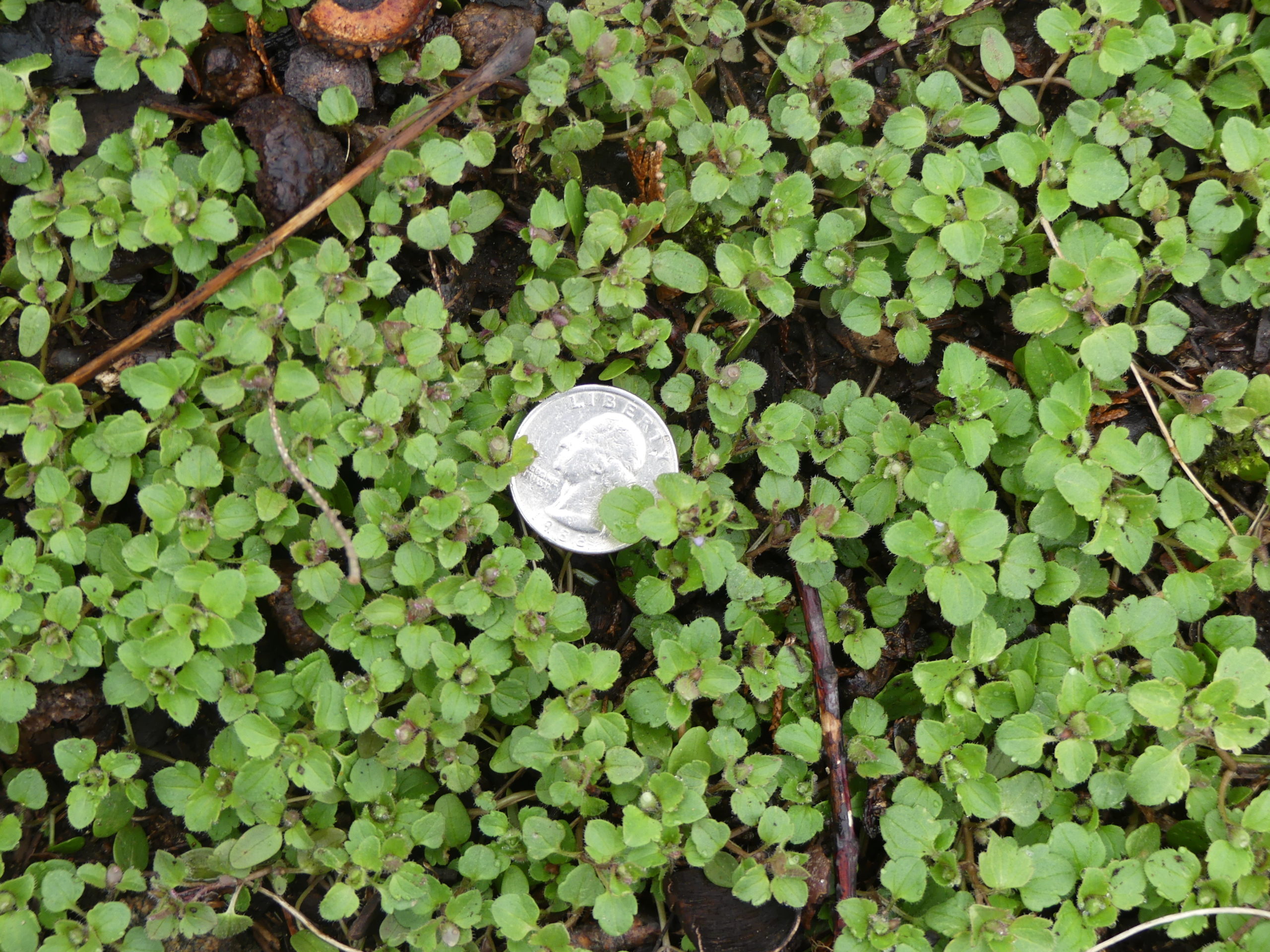 Garlic mustard is an allopath and can stop other plants from growing in the same soil for a number of years. The seedlings, emerging here in late February, are quite hardy and easily picked if they are removed in the winter. 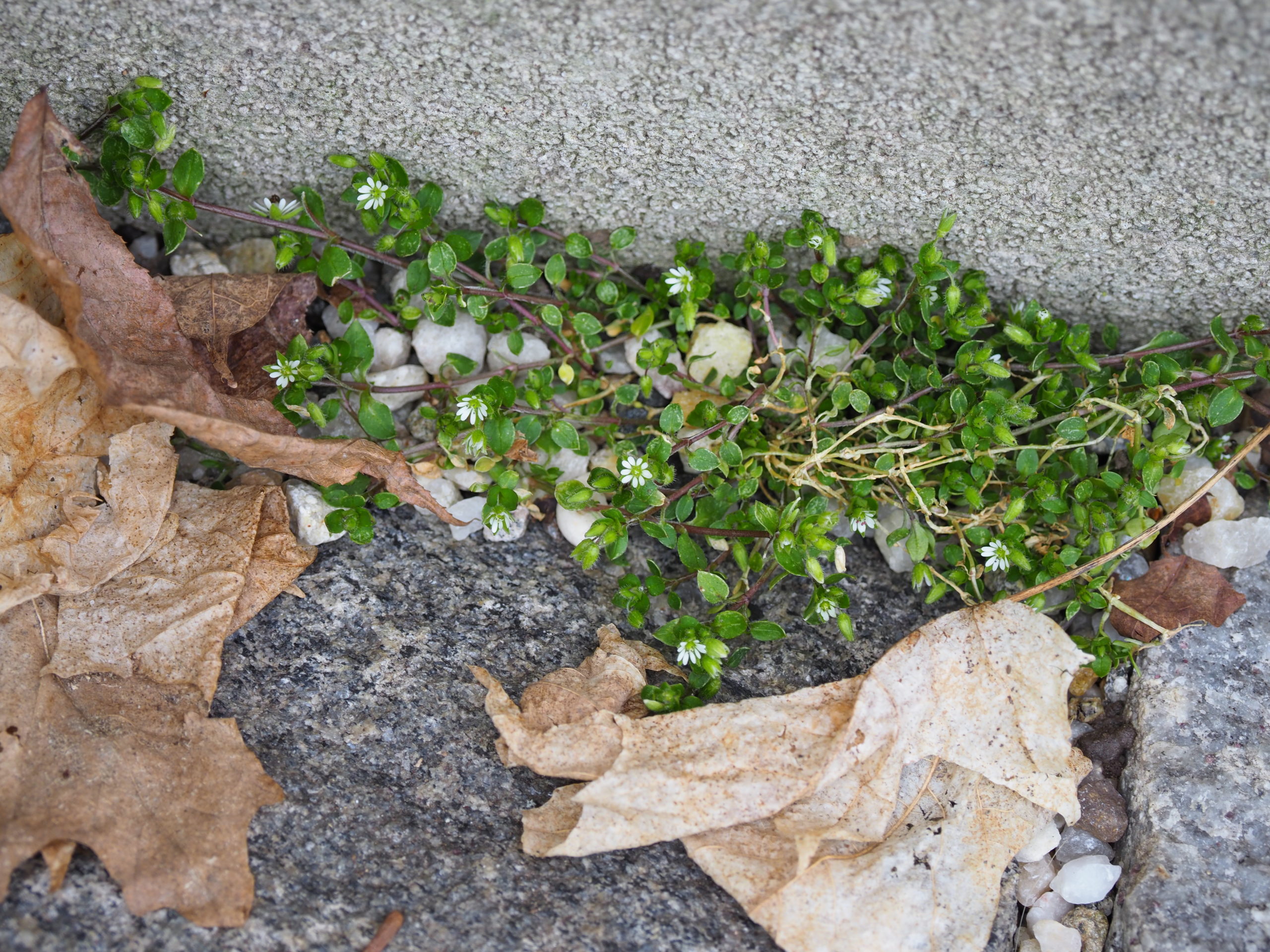 Chickweed can flower under the snow, set seed and begin growing in a few as five weeks.

Lots of tidbits and morsels to discuss this week, so looks like we start off the new year with a ramble.

If you’ve paid any attention to the weather and climate, you’ll notice that they’re pretty screwed up. It’s been relatively mild out here so far, but I’m noticing that the long-range forecasts are changing. February was supposed to be snowy and cold, but I’m not so sure that the cold — forecast to be the coldest in the past seven years — will materialize. However, it is still supposed to be wet.

Regardless, it has been colder this week and there are still a few weeds that need your attention. These are what we refer to as the “winter annuals,” but the truth is that a few are biennials, as well. Most of these weeds germinate in mid to late fall, then slowly grow — or at least maintain themselves in the winter. Chickweed is one of the most common and we always find it in the depleted mulch rings in the orchard. Little 1-to-2-inch diameter rosettes of foliage appear, undaunted by cold or freezing.

Chickweed seems to continue to thrive under the snow. In March, the plants begin to flower with tiny white blooms. Seed is set, drops to the ground in the same spot as the plant, and there it remains dormant until the fall, when the cycle starts all over again. Now is the time to get rid of this plant, though.

When you see chickweed at this time of the year, and if the ground isn’t frozen, simply pull out the weed before it flowers. Problem solved. No flowers, no seed and the plant can’t return the following year.

Garlic mustard, on the other hand, is a biennial. At this time of year, you can find the foliage as either leaves from new plants last summer, or tiny leaves that germinated from seed earlier in the fall. The older plants will flower in the late spring and spread seed as their seed pods explode, guaranteeing another crop that will drop seed in two years.

Control is easy. If the soil isn’t frozen, just reach to the fleshy stem at the ground level, or gather the mass of leaves, and pull the plant out of the ground. This is a regime I’ve practiced for at least 10 years on my property, and I never have garlic mustard in the gardens or beds. It only shows up along the property line next to neighbors, who let the stuff grow rampant. Get the plants out at the property line and that pretty much makes it impossible for this weed to invade further — assuming, of course, you’ve weeded them out elsewhere.

And speaking of weeds, this is a great time to sit down and study yours. Knowing what they are makes a big difference in how you can control them and the success you can have. Cornell University has a simple weed key that you can find at turfweeds.cals.cornell.edu. Once you know what weeds you have, it’s much easier to manage them.

Next, let’s talk about your Christmas tree. Only the unimaginative and lazy put them by the side of the road for the town or village to pick up. Once it’s out of your house, you can cut off all the branches and use them as a winter mulch to keep the sun off garden beds containing bulbs and perennials. As the weather warms in the spring, just add the branches to the compost pile, or run them through a shredder — and you’ve got mulch.

Last spring and summer, there were spotty shortages of fertilizer. From what I’ve read, it started with chemical fertilizers and, when those were in short supply, shifted to organic fertilizers. There’s no reason to believe that this will change in 2022. If you can, buy your organic lawn and garden fertilizers now, while there are supplies in the stores. Keep the bags in a cool, dry spot and, if you can, place them on top of a wooden pallet to ensure they stay dry. If there are holes in the bags, even tiny ones, seal with packaging tape.

If you have a fireplace or wood stove that you’ve been using a lot in your home, the ashes are also great fertilizer — but if you spread them now, most of the nutrients will just be washed out of the soil. Instead, put the ashes in a metal can with a metal top, and make they’re cool. In late March or April, the ashes can be spread about 1 inch thick, or less, in the vegetable garden, landscape beds, and on the lawn. Be sure you don’t cover any newly emerged foliage with the ashes and, if kept dry, the ashes can also be used as a slug deterrent in the summer garden.

On the subject of summer gardens, are you planning to grow cannabis in yours? I know many of you have already dabbled both in the basement and in the garden, but it’s still illegal to grow your own. I was surprised, too. It won’t be legal until the New York State Cannabis Control Board sets up and adopts the official regulations, a process that slowed down after our former governor resigned. But they now seem to be back on track, and the new regulations may be established in the spring.

Many of you surprised me with your emails on my column in December on bird feeders. One reader sent a picture of a squirrel baffle on a feeder that I found cost close to $200. There are some costing much, much less. If you’ve got one that you swear by, please let me know so I can mention it the next time I write about bird feeders.

Several readers also mentioned that they have been buying a “spiced” bird food at a Southampton garden center that keeps the squirrels away. I think the secret here is cayenne pepper. Squirrels can taste this hot pepper and will always avoid it. Birds, on the other hand, seem immune to it and will continue to feed. If you want to make your own, add ¼ cup of cayenne pepper to 10 pounds of bird food, and wear protection. Be sure not to get any pepper in your eyes, on your hands or lips as you mix it well with the seed — which will deter not just squirrels, but mice and other rodents, as well.

I haven’t trapped or seen any voles in months, but I know they’re lurking. A British gardening friend told me that some gardeners have had success using bluestone gravel as a deterrent. This is the same gravel that you’d use for a bluestone driveway, and you can find the sharply angular stone bagged at some garden centers and at stone yards. The theory is that the voles don’t like crossing the sharp stones and a ¾-inch layer will keep them at bay. Use a 6-inch band around plants several inches from the crown, or experiment with using the stone as a bed edger. The object is to make the plants inaccessible if they won’t cross the stone.

Now, a thought about heirloom veggies. They’ve become all the rage and yet many gardeners are learning why they fell out of fashion. While the heirlooms may have better taste, there is a tradeoff. Most heirlooms lack disease and insect resistance that has been bred into many of our “modern” vegetable hybrids, so you may find that your losses are much higher.

Some seed suppliers are trying to cash in with advertising that goes something like, “The taste of an heirloom with the resistance of a modern hybrid.” If you find or have found one, please let me know.

Lastly, place your plant orders early. This includes perennials, berry plants and other online offerings. Nurseries are still having staffing problems, cardboard box issues and everything will be on a first-come, first-served basis.