Architect Kevin O'Sullivan Is More Than A Modernist - 27 East

Architect Kevin O’Sullivan Is More Than A Modernist 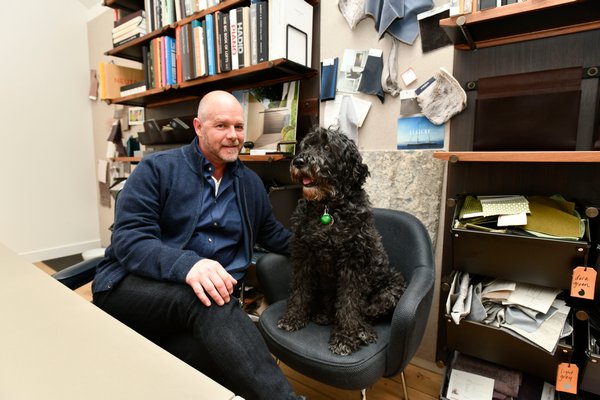 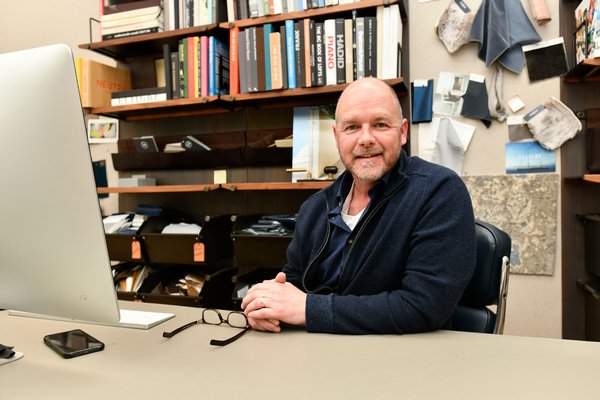 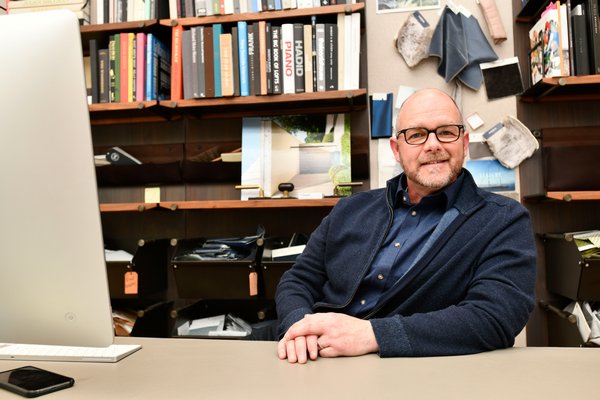 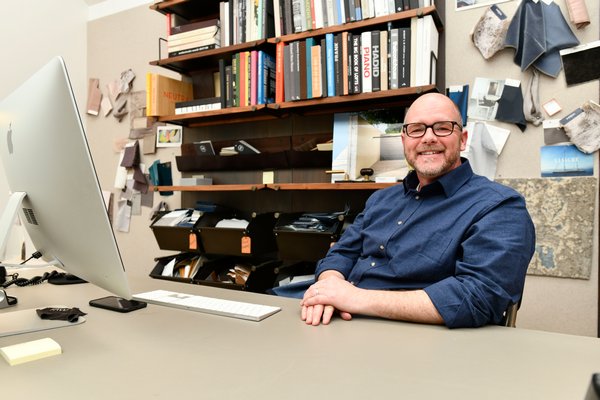 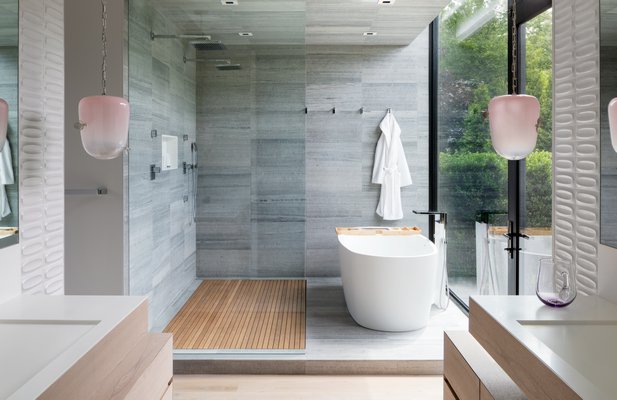 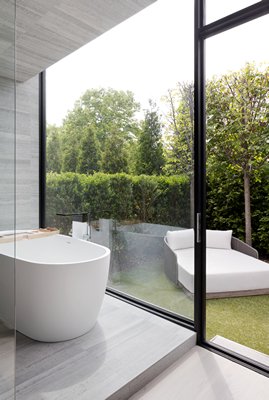 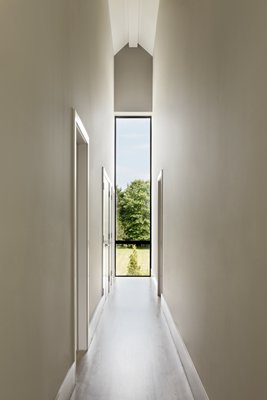 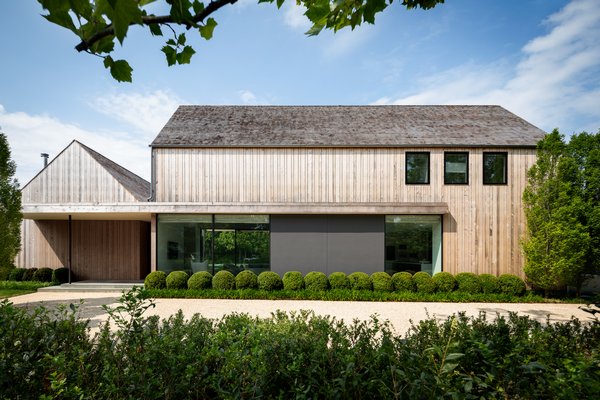 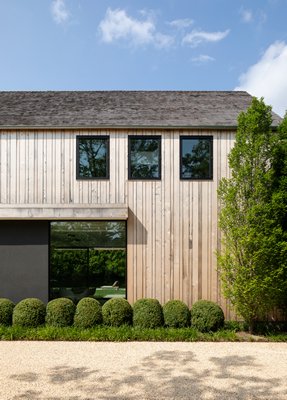 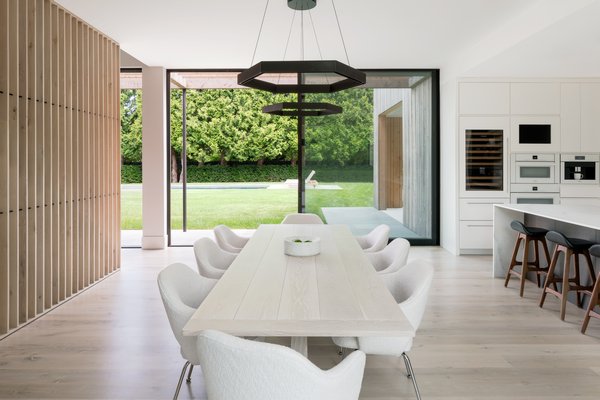 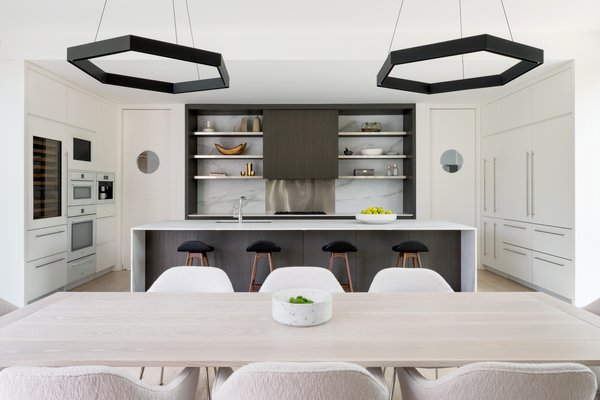 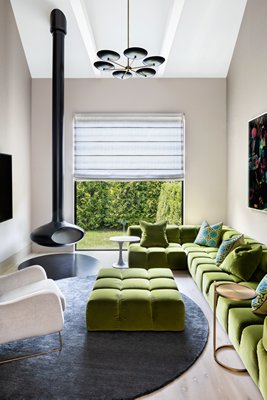 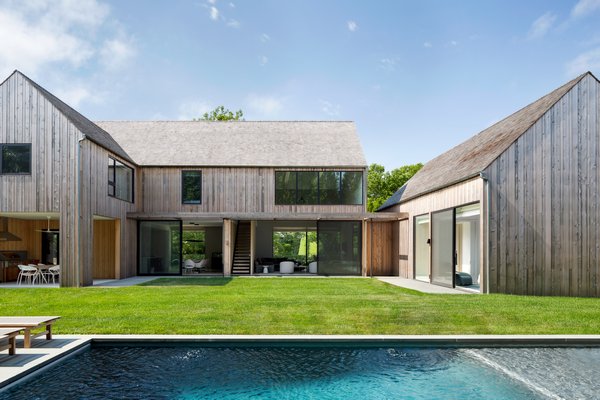 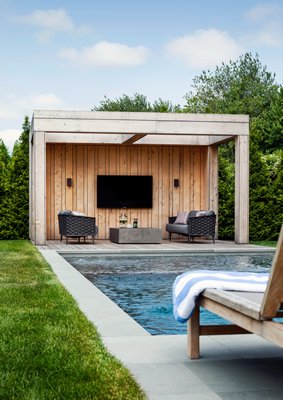 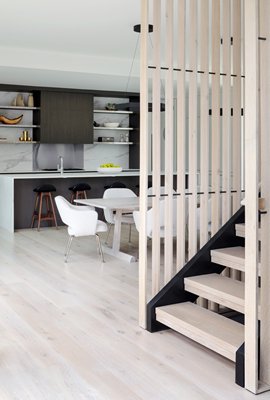 Kevin O’Sullivan, the Bridgehampton-based architect with a soft spot for modernism, arrived in New York 23 years ago, slightly by accident.

He had traveled to Singapore from Scotland, his native country, and stayed in Asia for five years. “I wrote down all the places I’d like to live in the world,” Mr. O’Sullivan said. “The one that won was New York. I got on a plane. I didn’t actually know anyone here, or have a job. It was 104 degrees colder than I was used to in Singapore.” Still, he had no trouble finding gainful employment. Within three days of his arrival, Mr. O’Sullivan had a position with the iconic Gwathmey Siegel Kaufman Architects.

Principal Charles Gwathmey, responsible for the 1992 renovation of New York City’s Guggenheim Museum, built the Robert Gwathmey residence in Amagansett in 1965, off Bluff Road. “It was the genesis for those 1980s spec houses that were cubes,” Mr. O’Sullivan said. “But that was the original modern house. It was a very small footprint. It was a weekender. And it’s still standing.” That house continues to loom large in Mr. O’Sullivan’s mind.

After meeting his now-husband on Easter of 1996, Mr. O’Sullivan made his first trip out east. “He generously let me come out one weekend of his share with him,” Mr. O’Sullivan said. “I remember the train ride in the rain. We took the train out here, and I fell in love with it. It reminded me of the east coast of Scotland.”

He began taking projects in the Hamptons, but it was not until 2007, when he purchased a 2-acre plot of land in Amagansett, that Mr. O’Sullivan’s Long Island career took off. He and his husband, Jim, designed their home themselves, moving in the day before Christmas 2008.

When the market tanked, the pair decided to put the home up for sale—not for liquidity, but, rather, to generate buzz about Mr. O’Sullivan’s work. “This was a truly distilled version of me,” he said of the house. The home was on the market for three years before it sold. In the meantime, it generated a healthy amount of attention, so much so that Mr. O’Sullivan’s work, until 2015, was entirely generated from this one item from his portfolio. “I was nervous about selling the house, because it was such a good portfolio piece,” Mr. O’Sullivan said. Fortunately, the new owners agreed to let him show the house as an example of his work.

By 2010, Mr. O’Sullivan and his husband had parted ways with their New York City apartment, opting for full-time East End residency. Today, they rent an 18th century house on Main Street in East Hampton, which was once home to their offices. (They now rent a fully renovated office space above Brown Harris Stevens in Bridgehampton).

Although Mr. O’Sullivan feels at home in the modernist canon, he is, by trade, interdisciplinary. “My feeling is that we’re selling an aesthetic,” he said. “We’re selling a way of life that should be calm and homogeneous.” Drawing from his years in Southeast Asia, where there is no delineation between indoor and outdoor spaces, Mr. O’Sullivan prioritizes the indoor/outdoor flow of a space. He is, he said, constantly searching for a way to get outside from inside, to expand a space so that it seamlessly blends in with its surroundings. Using paint colors, thoughtful landscaping, furniture, and other accents, he brings the outdoors indoors, and vice versa. “I think it’s really important that architecture relates to its environment,” he said.

Modern architecture is more, Mr. O’Sullivan contended, “a white box.” His firm embraces range and has designed a wide array of homes, in varied styles. Most elemental to the modern aesthetic, he said, is the floor plan. A modern home has open, usable spaces, with the living room, family room, kitchen, and dining room all broadly connected. With Mr. O’Sullivan’s approach, homes are also designed with a certain timelessness. “There should be a longevity to your design,” he said.

To that end, Mr. O’Sullivan incorporates natural materials and sophisticated techniques in his artfully designed homes. He rejects sterility as a synonym for modernism. “Ours still feels human, and natural,” he said of his homes. “I like to use natural materials.” The embrace of textural complexity—brushed wood floors, honed stone that’s slightly lumpy—anchors the aesthetic in time and space. These are living, breathing homes that rise far beyond those cubist spec houses of the 1980s.

Summing up his work, Mr. O’Sullivan defined himself as someone who “build[s] beautiful houses for nice people—houses that can sell in three to five years, if they wish. I’ll never reinvent the wheel. I’m not the nouveau Corbusier of the Hamptons.” Still, Kevin O’Sullivan’s modern style leaves a lasting impression. “You can tell that Kevin O’Sullivan designed that,” he said.