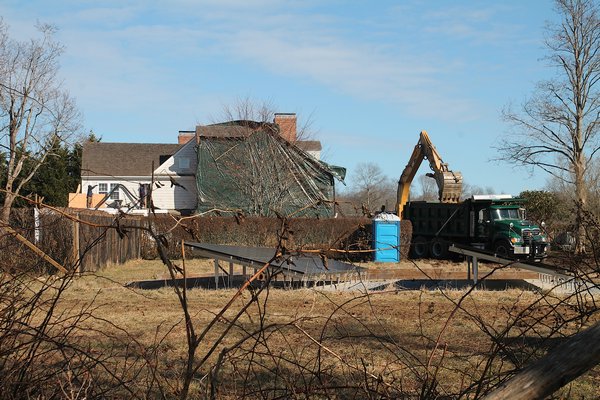 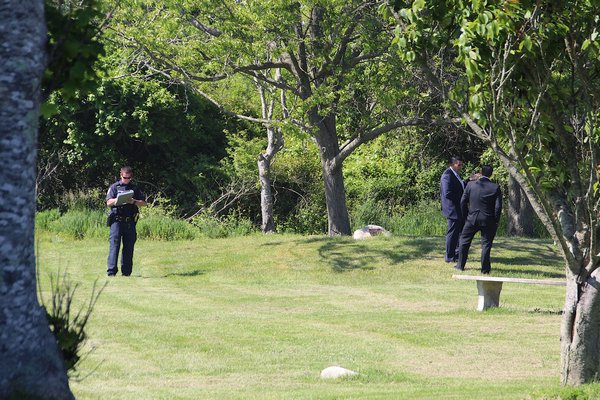 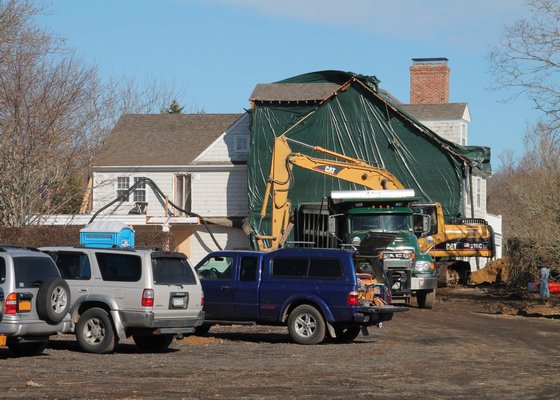 After abruptly announcing that he “just can’t live in New York anymore” in 2014, it appears that Alec Baldwin isn’t going anywhere.

The “30 Rock” star started expanding his historical Town Lane home in Amagansett in mid-January, demolishing 1,200 square feet of the first and second floors.

He plans to add 1,659 square feet to the first floor and 1,669 to the second floor, according to a building permit granted by East Hampton Town.

The expansion also includes a 297-square-foot interior alteration as well as the addition of a covered porch and a second-floor roof deck.

Mr. Baldwin declined through a spokeperson to comment on the expansion, as did Job Potter, whose family owned the home before Mr. Baldwin.

Alexander Peters, who lives nearby and has enlisted Mr. Baldwin in his effort to protect the Stony Hill aquifer, said simply that the actor is going to live in the house, that his family is growing and that he is modifying the house to accommodate that.

Mr. Baldwin’s wife, Hilaria, announced her pregnancy via Instagram on New Year’s Day. They also have a 1-year-old daughter, Carmen.

Mr. Baldwin received approval in December from the Architectural Review Board, which was needed because the home is in an agricultural district.

The residence is one of two historic structures built by Nathaniel Baker in the early 18th century, both of which were originally on Main Street in Amagansett. The other one operates as a bed-and-breakfast in its original location, but Mr. Baldwin’s home was moved to Town Lane in the early 1900s, according to the bed-and-breakfast’s website.

The builder Jeffrey Colle told The New York Observer last year that Mr. Baldwin had insisted on using old flooring to minimize “the difference in age from room to room of the house” and on removing nonhistorical additions while at the same time bringing the house “up to the standards of 21st century living.”

Mr. Baldwin and his then-wife Kim Basinger first started working on the home in 1998, expanding the living space, screened-in porch, wood deck and brick patio, and installing a gunite pool.

In 2012, Mr. Baldwin attempted to put a wind turbine on his property to raise awareness about renewable energy, but approval was never granted.

The Baldwins seem to have found other ways to make the home eco-friendly, installing a photovoltaic electric system in 2012 and two ground-mounted solar panels in 2013, according to permits filed with the Building Department.