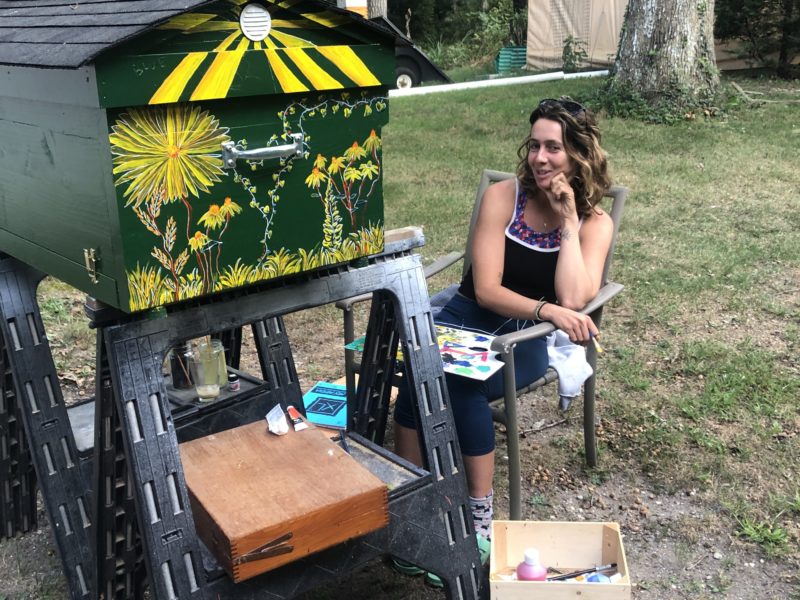 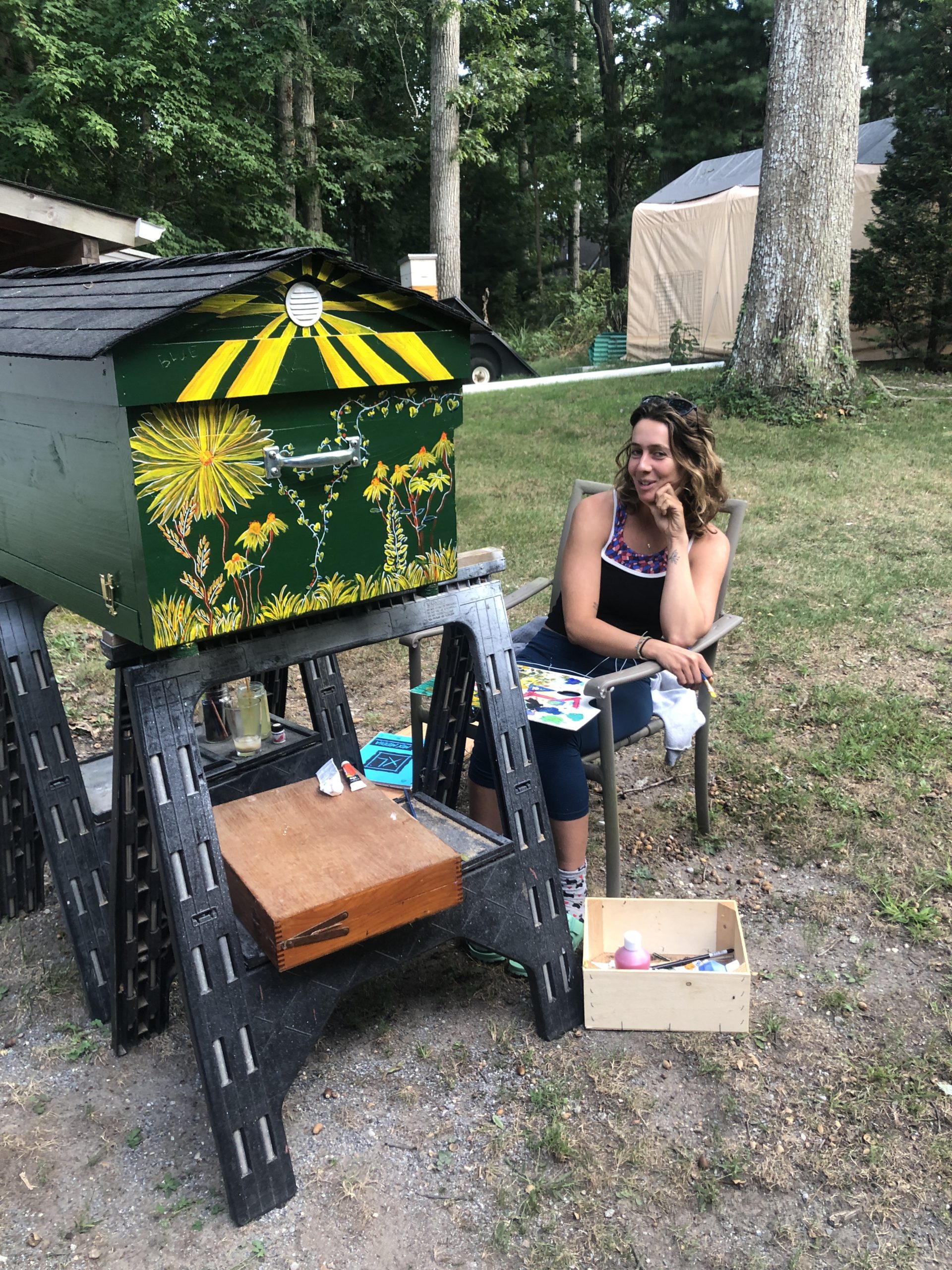 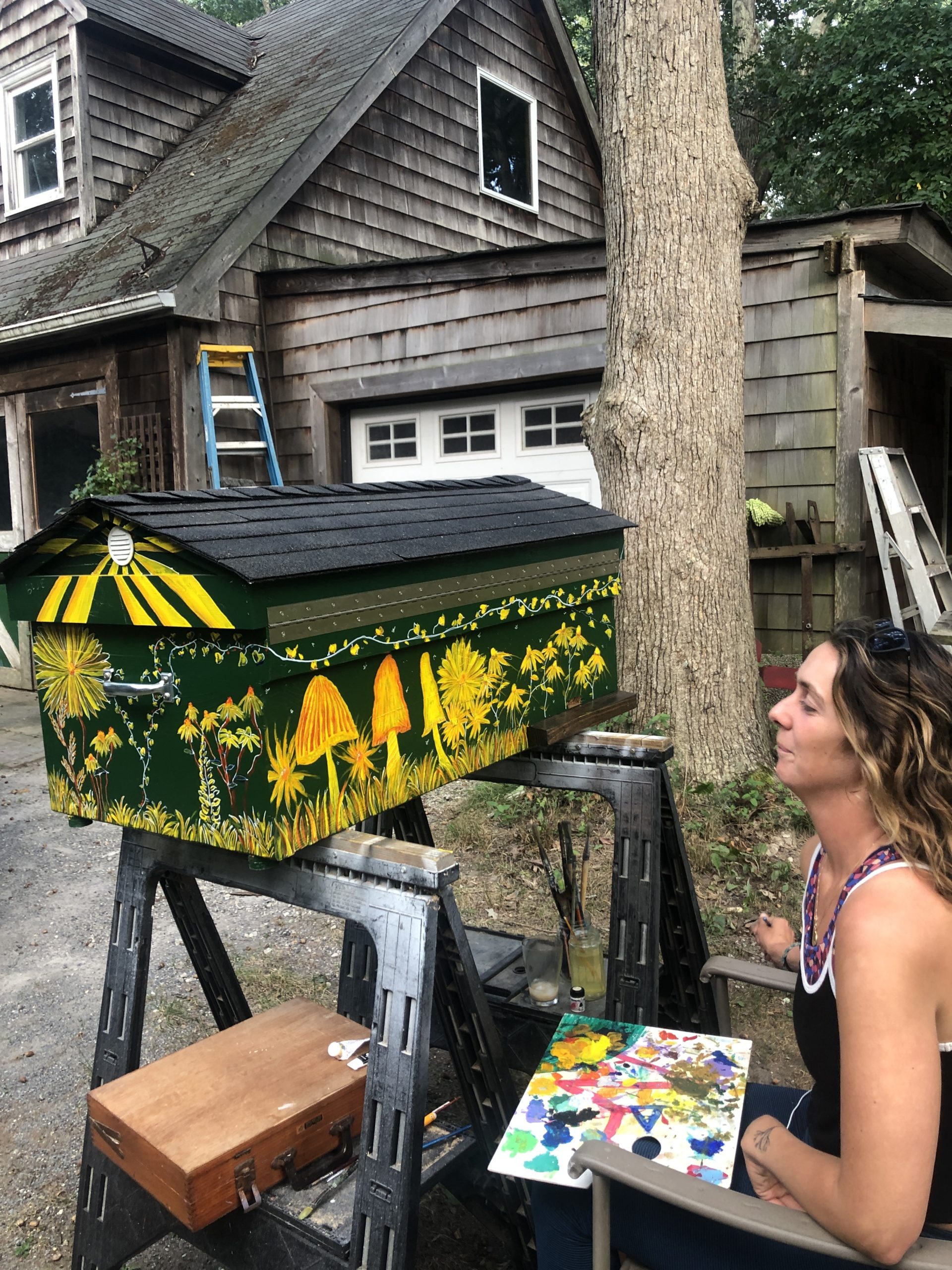 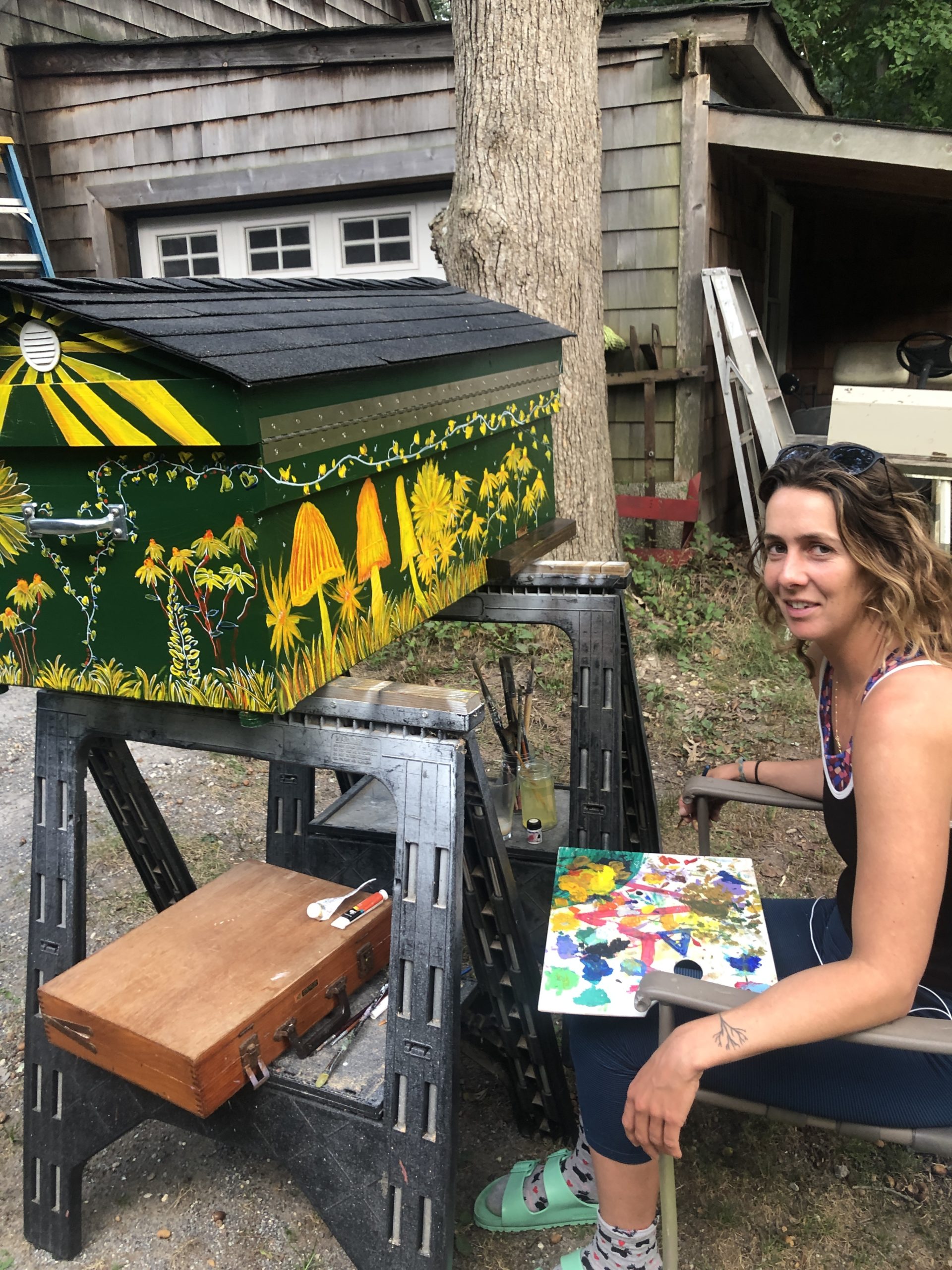 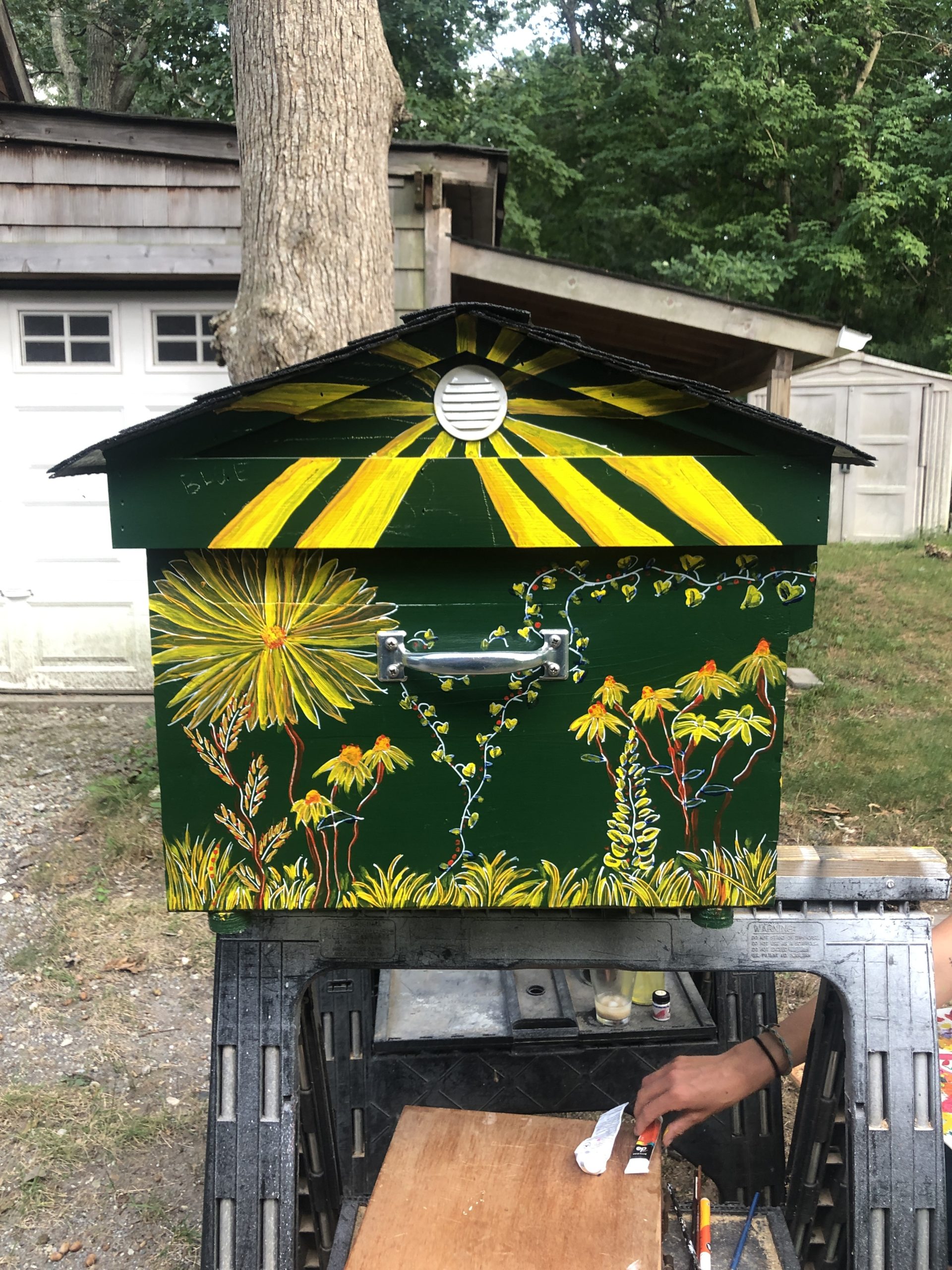 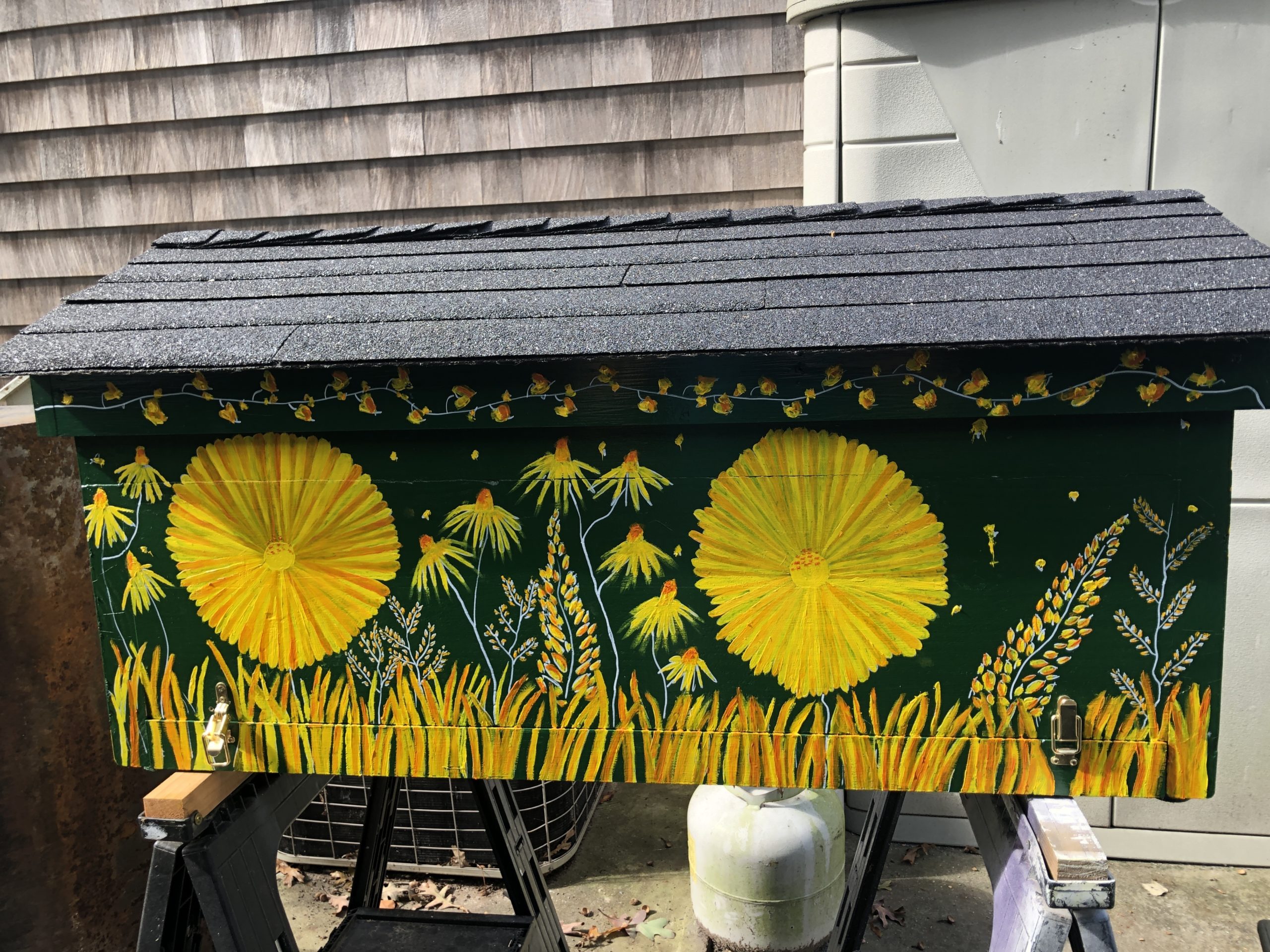 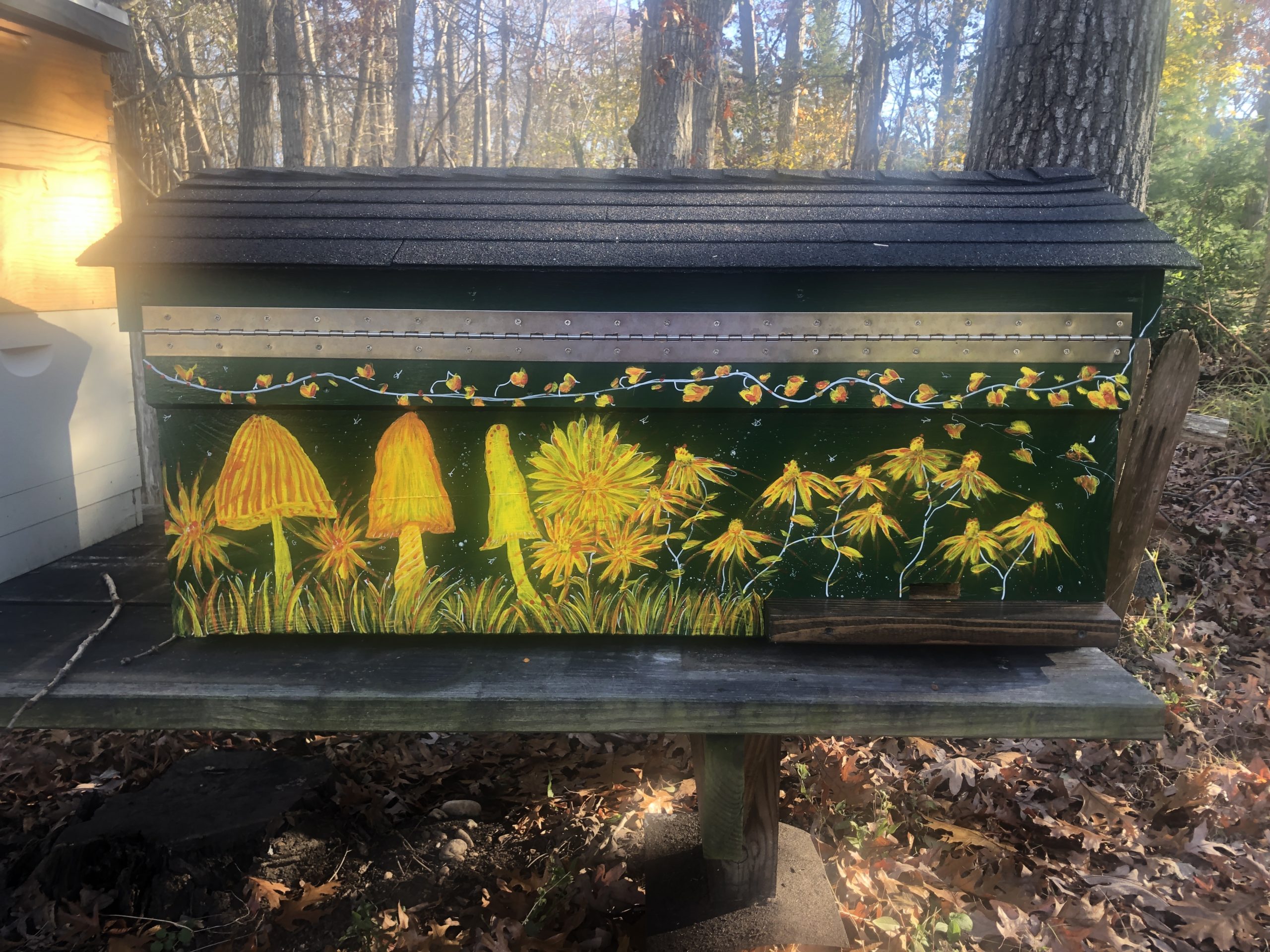 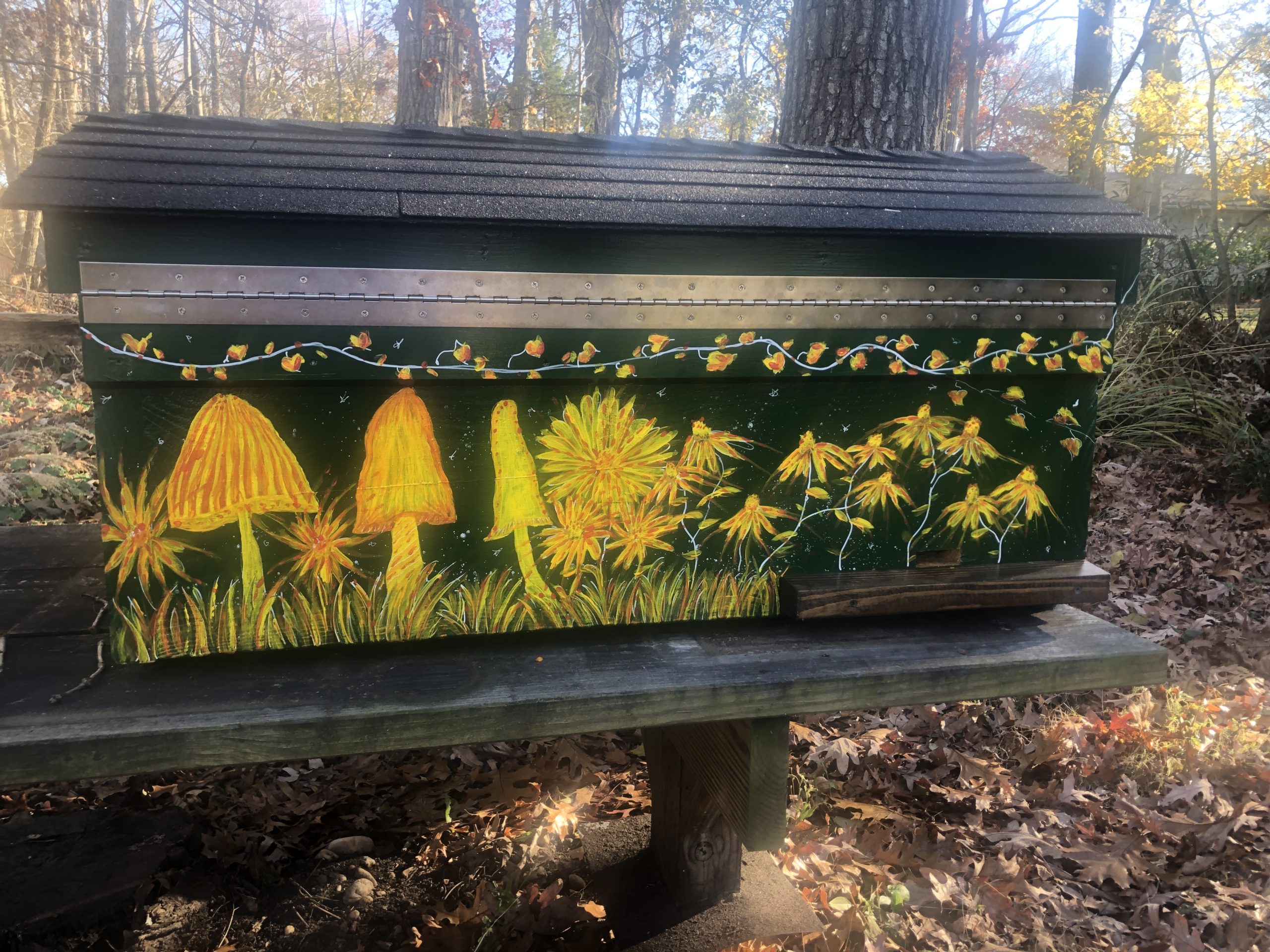 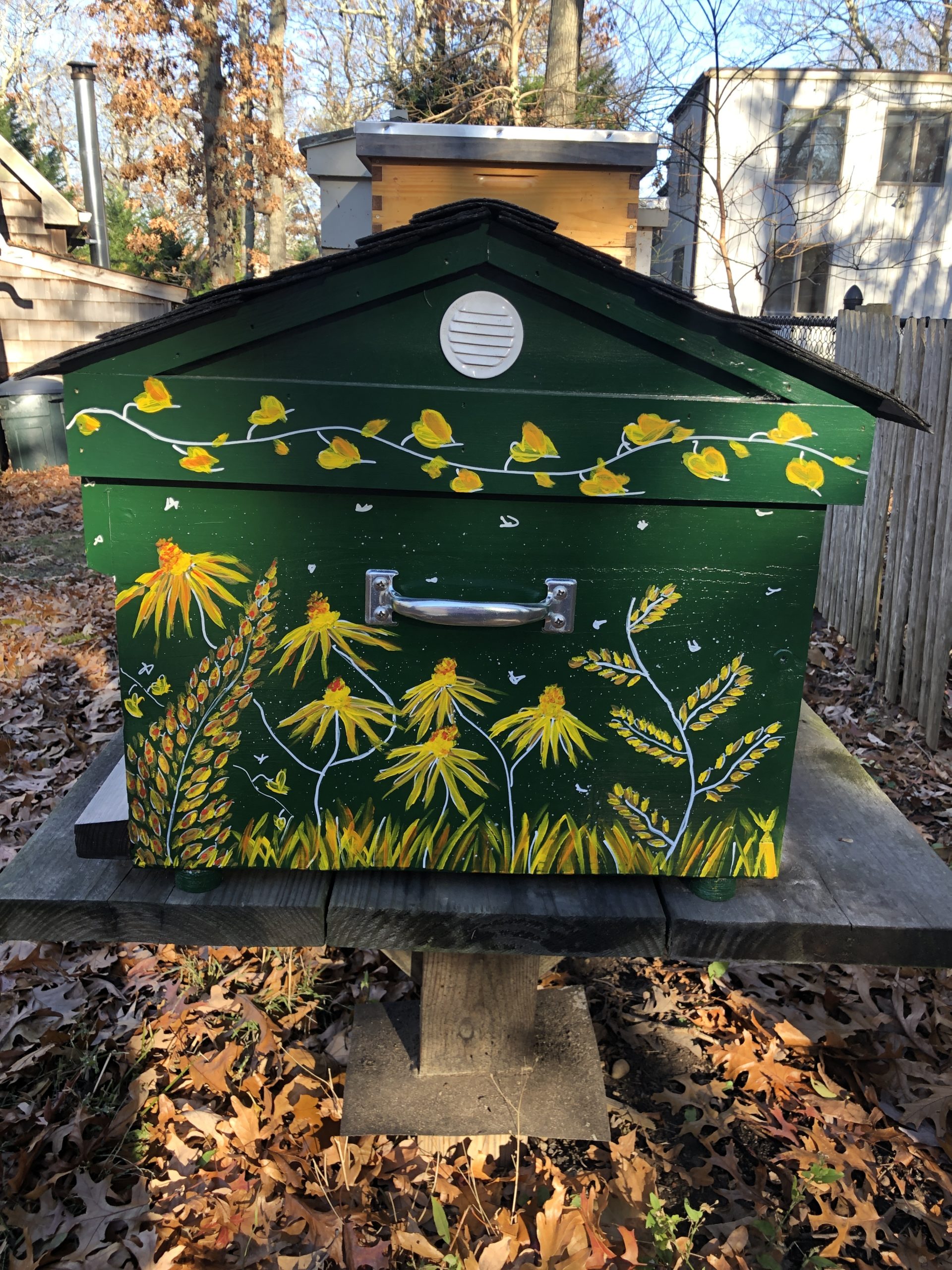 There are many things I love about keeping bees.

The wax-and-honey smell of a healthy hive on a warm spring day. Watching the girls come and go on their foraging flights, landing on the doorstep with their pollen pockets full of tiny grains in every shade of orange and yellow. Pulling up a frame loaded with growing baby bees under the watchful care of their bee nannies. Stirring a spoonful of my own honey into a hot toddy to soothe a sore throat, or just to celebrate the end of a long day.

It’s all very Norman Rockwell in its way, with everything picture-perfect and perfectly simple. But there’s another side of beekeeping I don’t think we hear enough about — the part where the beekeeper spends a lot of time picking up really heavy boxes and moving them around, usually while crabby bees make their dissatisfaction known.

An eight-frame, medium hive box — full of honey — weighs 40 to 50 pounds, and a thriving hive might easily have three or four of those boxes in the height of summer, plus another deep box or two full of brood, pollen, and honey.

Now, there are those who might tell you I have the emotional maturity of a 12-year-old, but chronologically, I am no spring chicken — and those boxes get heavier every year.

I try to inspect each of my hives about every two weeks from spring through fall, which is critical because it allows me to find small problems before they become big ones. A thorough inspection involves removing each box so I can see what’s going on all the way down to the bottom of the hive. You can check the queen’s laying pattern to make sure she’s producing plenty of eggs and they’re developing properly. You can see if the bees have enough space, or if you need to add another box to give them more room. You can check for mites and small hive beetles. Basically, a deep dive inspection is the best protection a beekeeper has against unnecessarily losing a colony.

But when you consider that inspecting each hive involves schlepping 200 pounds or so of boxes — and doing so swathed in a protective beekeeping suit, often in the heat of summer — you can see why getting stung is sometimes the least daunting part of beekeeping.

Patrick, always on the lookout to make my life easier — probably so he doesn’t have to listen to me complain — started researching the Langstroth long hive as an alternative.

The Langstroth hive, now used around the world as the gold standard for beekeeping, was designed in 1851 by Reverend Lorenzo Langstroth of Philadelphia. Up until that point, most beekeeping was generally done in skeps — think Winnie the Pooh — hollowed-out logs or wooden boxes. The bees would do their thing and, come harvest time, the beekeeper would destroy all the bees’ hard work, crushing the wax to extract the honey.

This wasn’t ideal for the bees, nor was it very efficient for the beekeeper, but there didn’t seem to be much of an alternative, as bees will generally fill any empty cavity in their realm with wax or propolis, a kind of glue they make from sap.

But Langstroth discovered that when bees have more than ¼ inch of space, but less than 3/8 inch of space, they don’t build comb in it, and they don’t glue it closed with propolis. So he built a hive box with frames that met those spacing parameters — between frames, and between the frames and walls of the box — and changed beekeeping forever.

The Langstroth hive is designed to hold eight or 10 movable frames in boxes that can be easily stacked to accommodate a growing colony. The boxes are open on the top and bottom, and the lowest box rests on a bottom board. Bees can move easily from box to box as they go about their bee business, and the beekeeper can easily pull frames out to inspect the hive without causing chaos.

The design is pure genius, except for the lifting-all-the-boxes part. But then some other genius came along and reswizzled the Langstroth hive, using the same critical “bee spacing” as the original, but stretching it out so that instead of holding eight or 10 frames, it can hold three or four times that. But with the long hive, there’s only one level, so the bees move horizontally along the hive, not up, when they need more space.

The Langstroth long hive has some limitations. You can’t add more frames beyond the capacity of the box, which could mean harvesting full frames of honey more often than you might do with the traditional hive, just to ensure that the bees have all the space they need. If the bees have to backfill honey into the brood frames, the queen runs out of room to lay eggs and the hive’s production — and sometimes its very survival — is in danger.

The long hive also takes up more real estate than the traditional kind, so it’s not very practical for beekeepers with a lot of hives. But for us, with just four hives going in a good year, it might be perfect.

Patrick built a test model for us and my neighbor, Allison O’Connor, was kind enough to paint it. It’ll be spring before we move a colony of bees into it, but there were a lot of lookers buzzing around while Alli painted flowers onto it — so if their interest is any indication, we might be looking at a bidding war for the fancy new digs.

After all, this is the Hamptons.