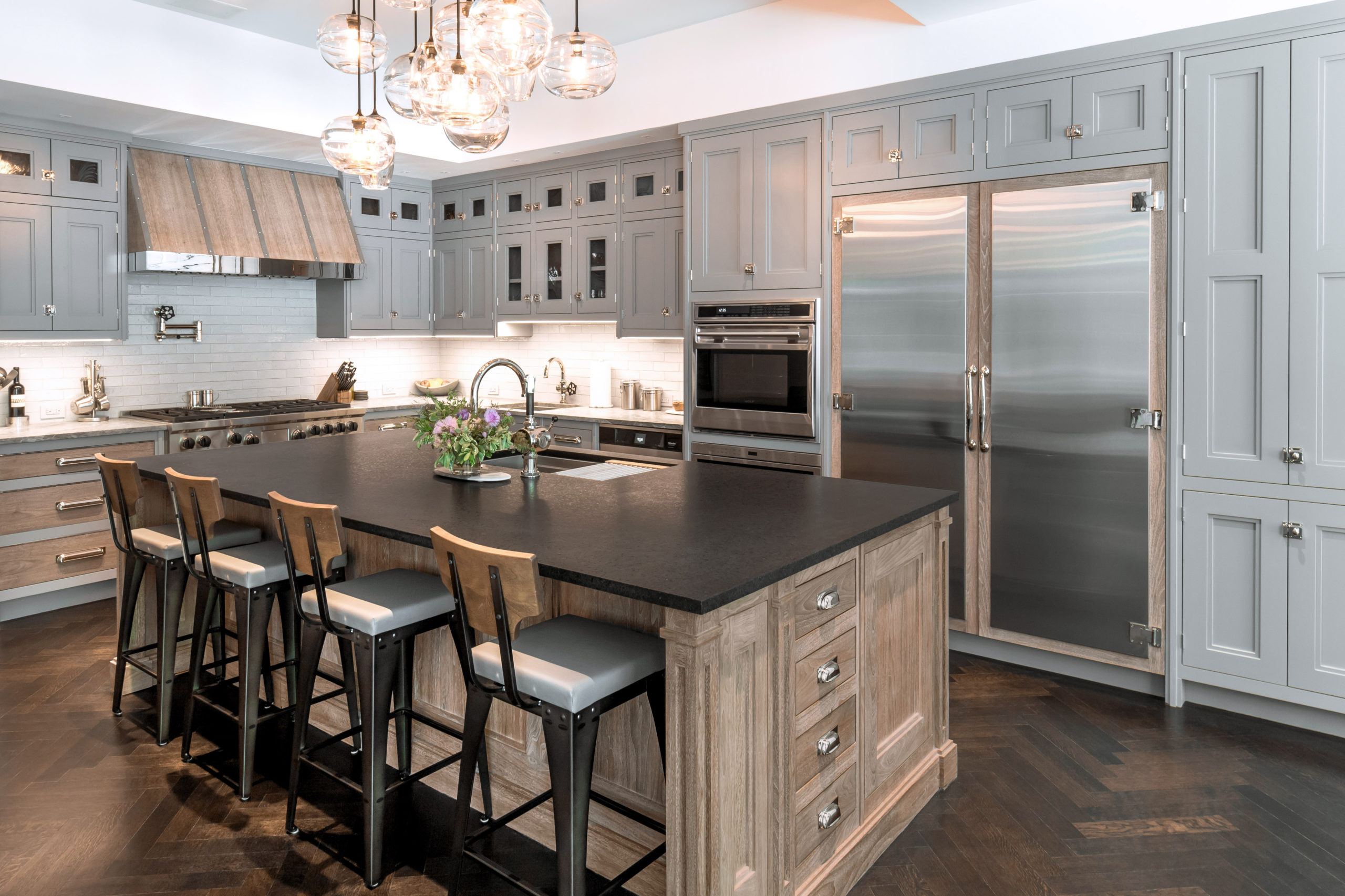 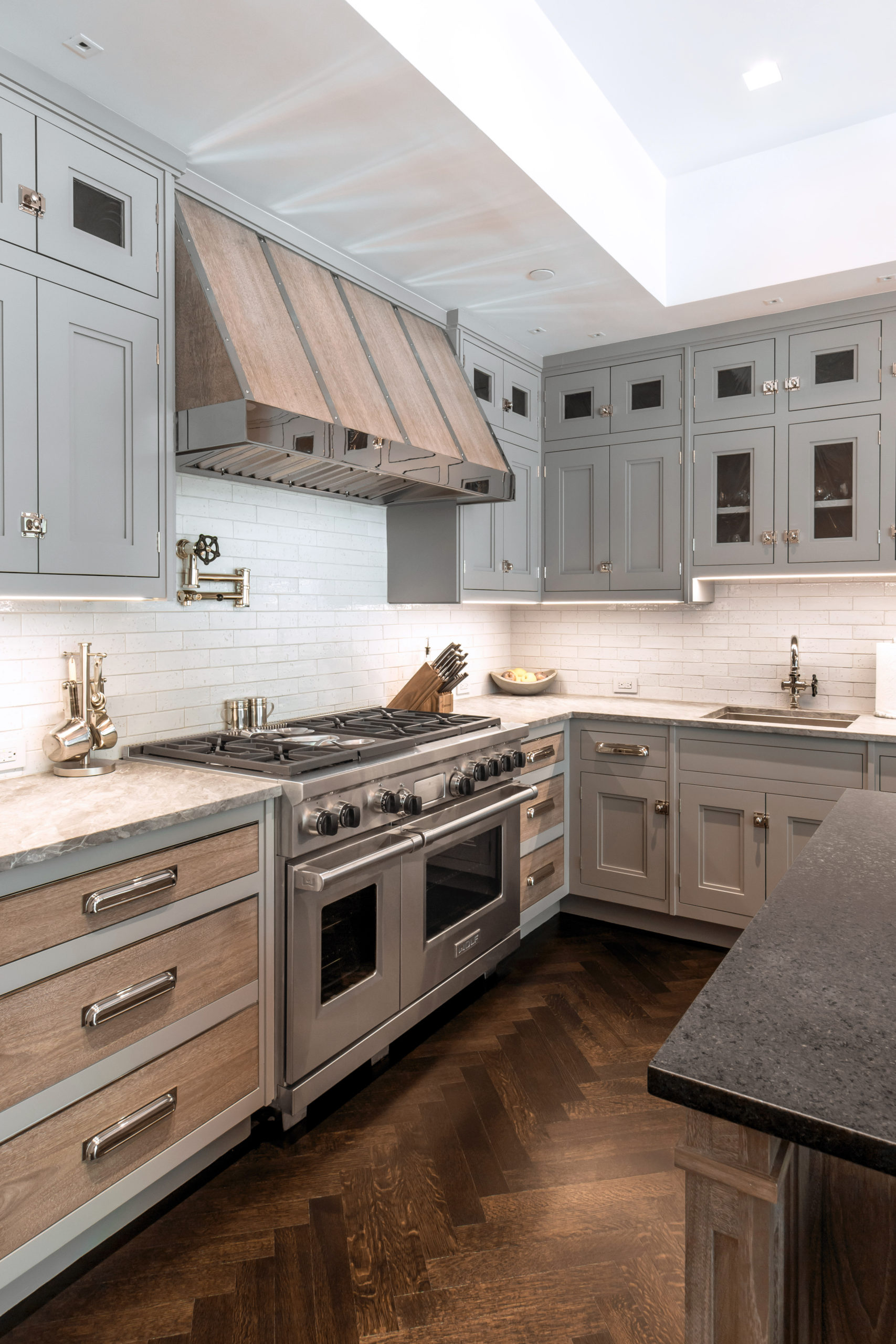 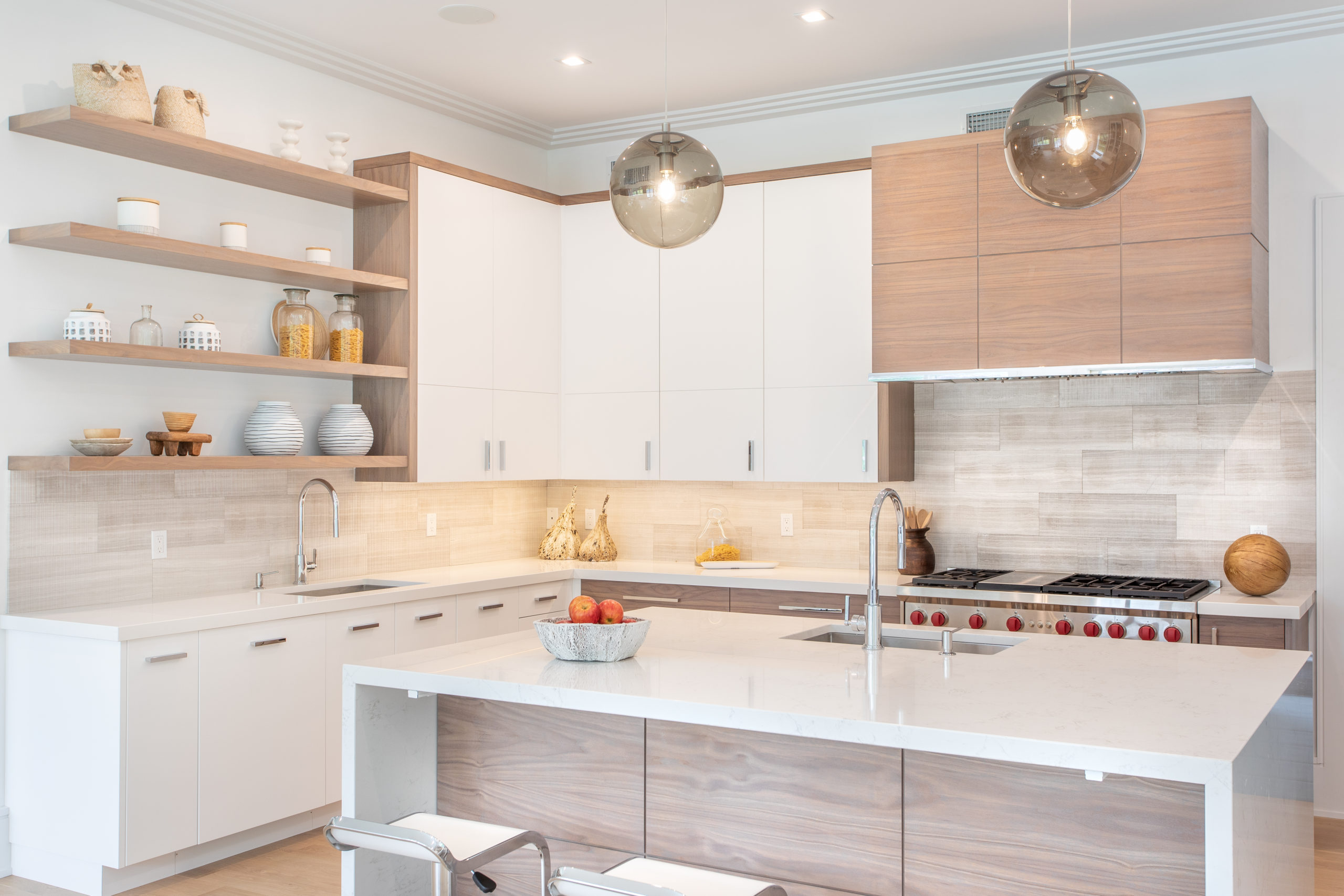 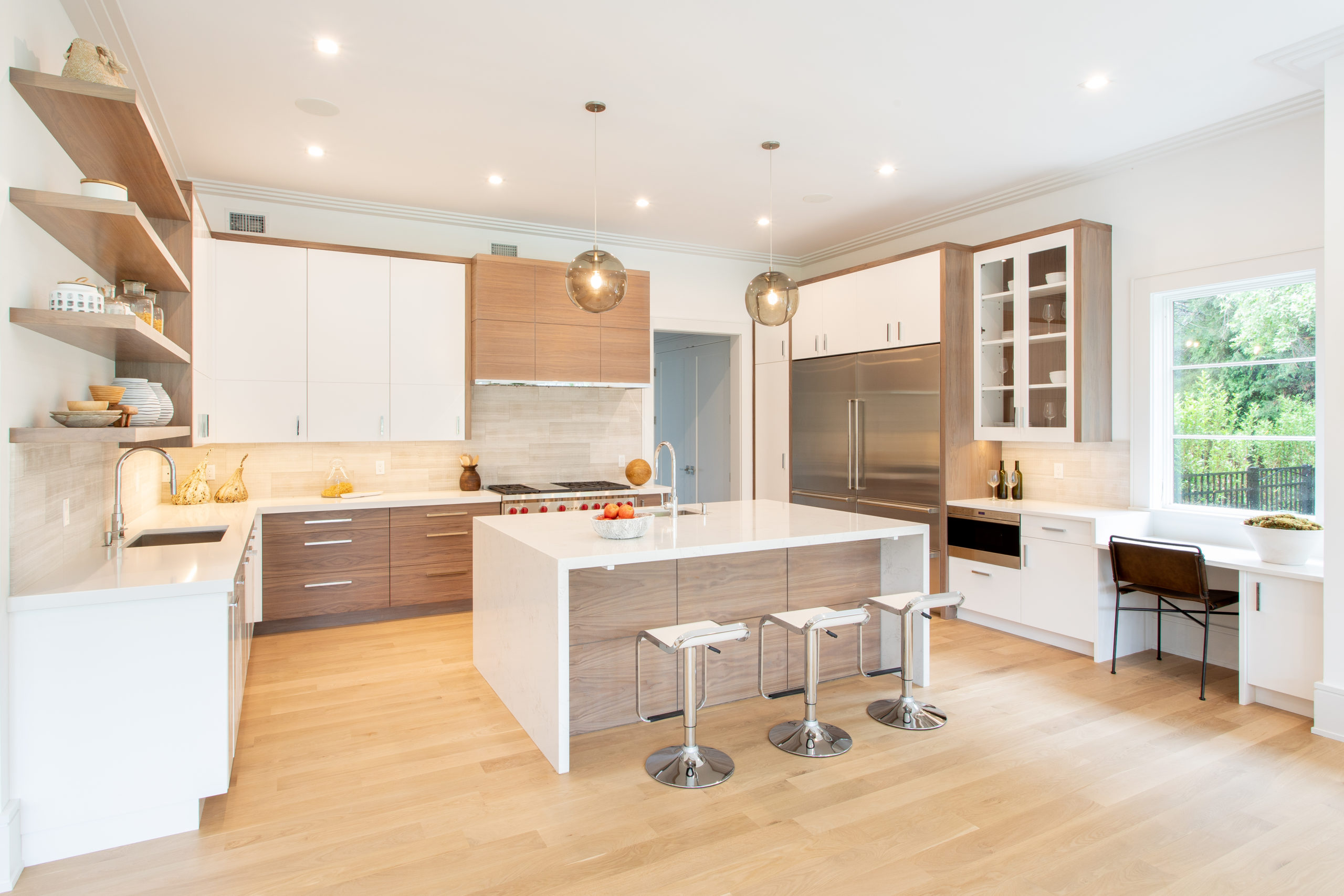 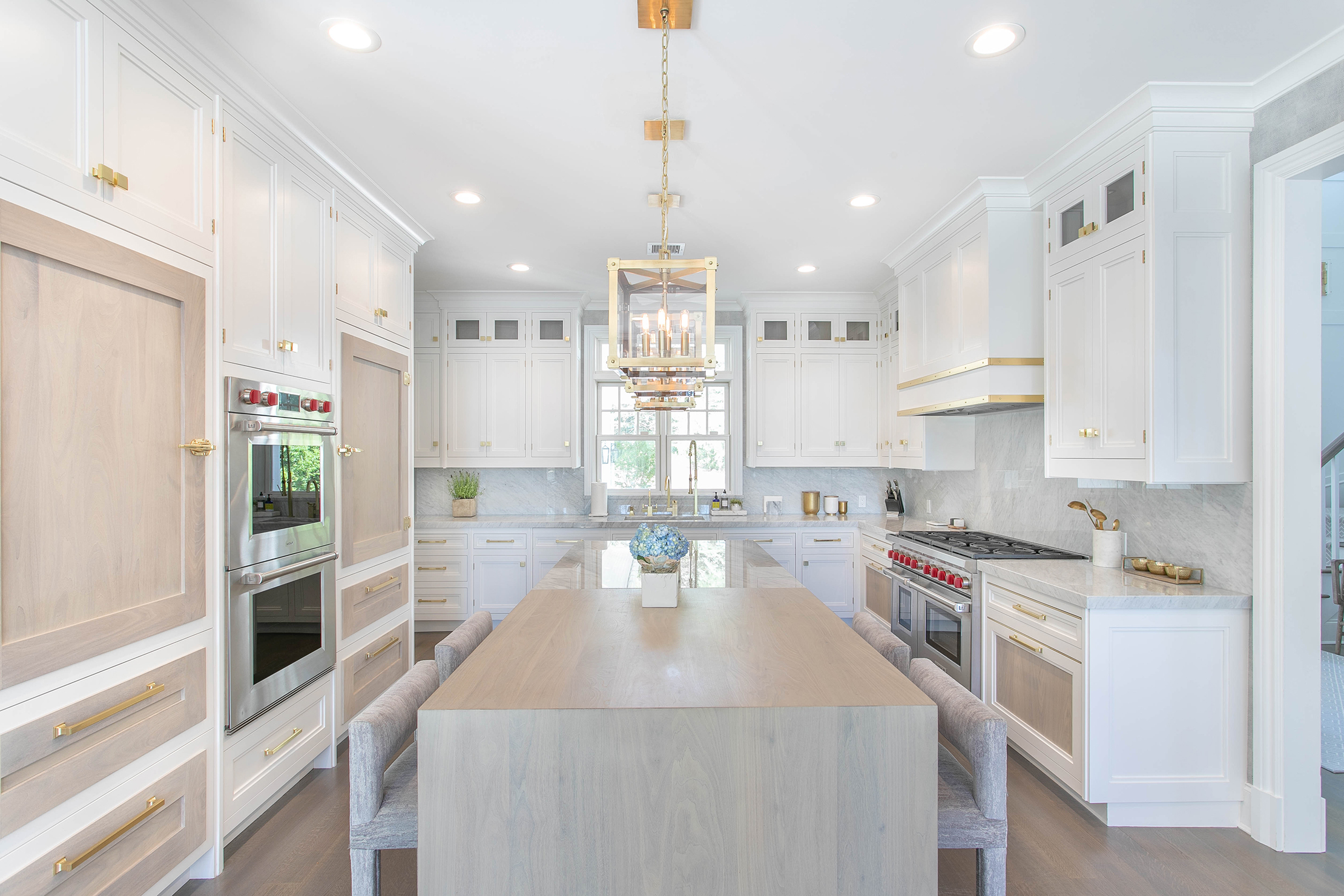 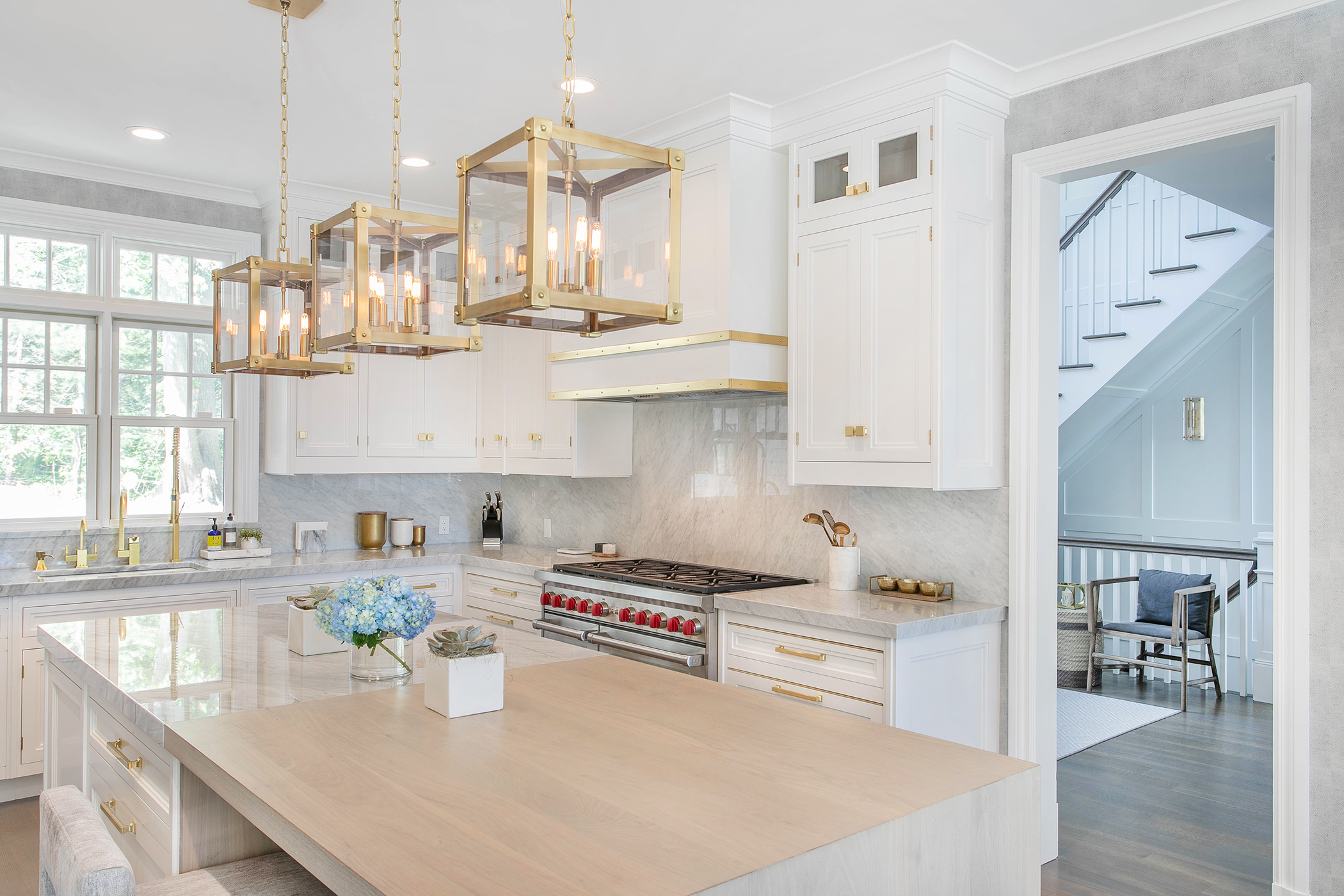 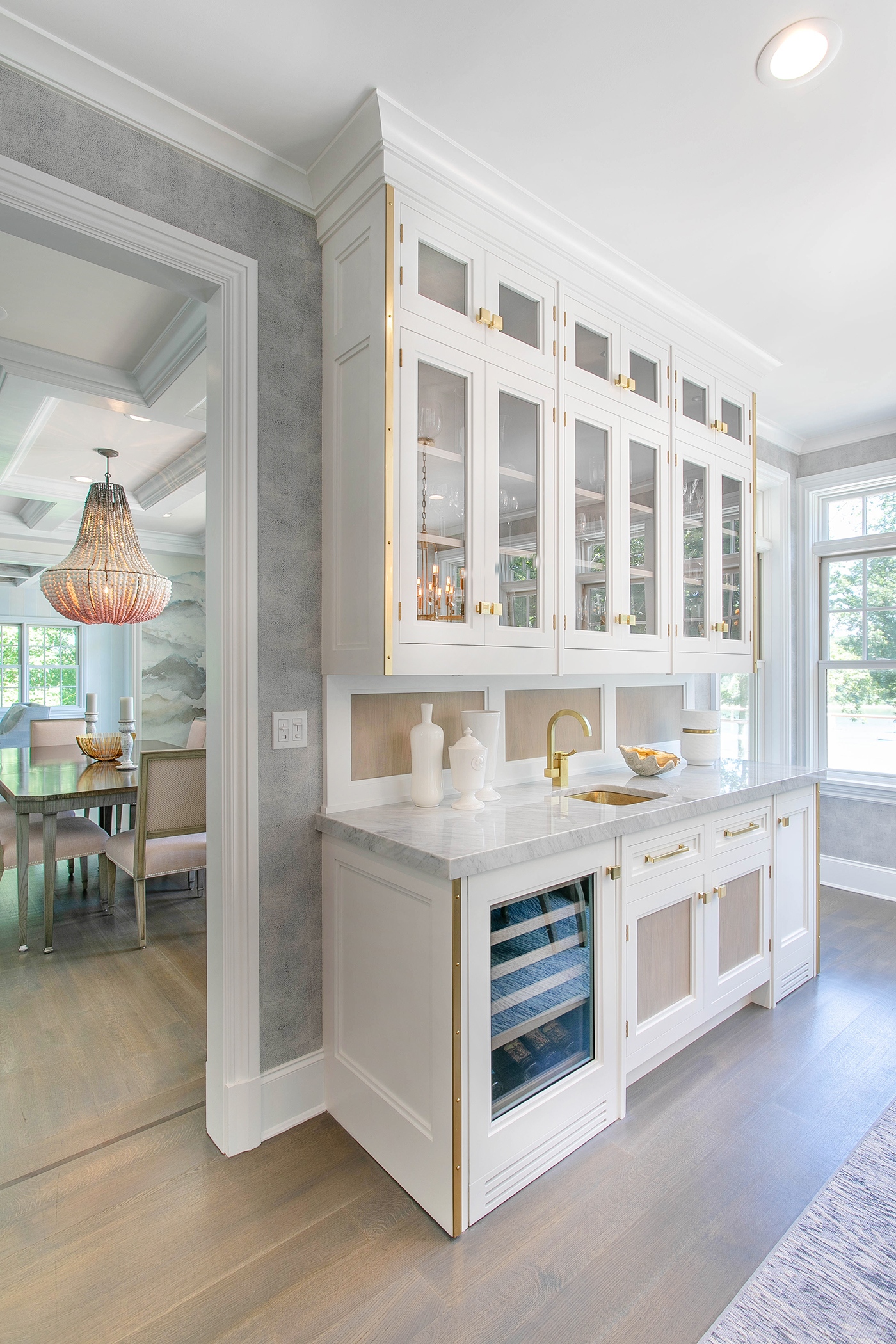 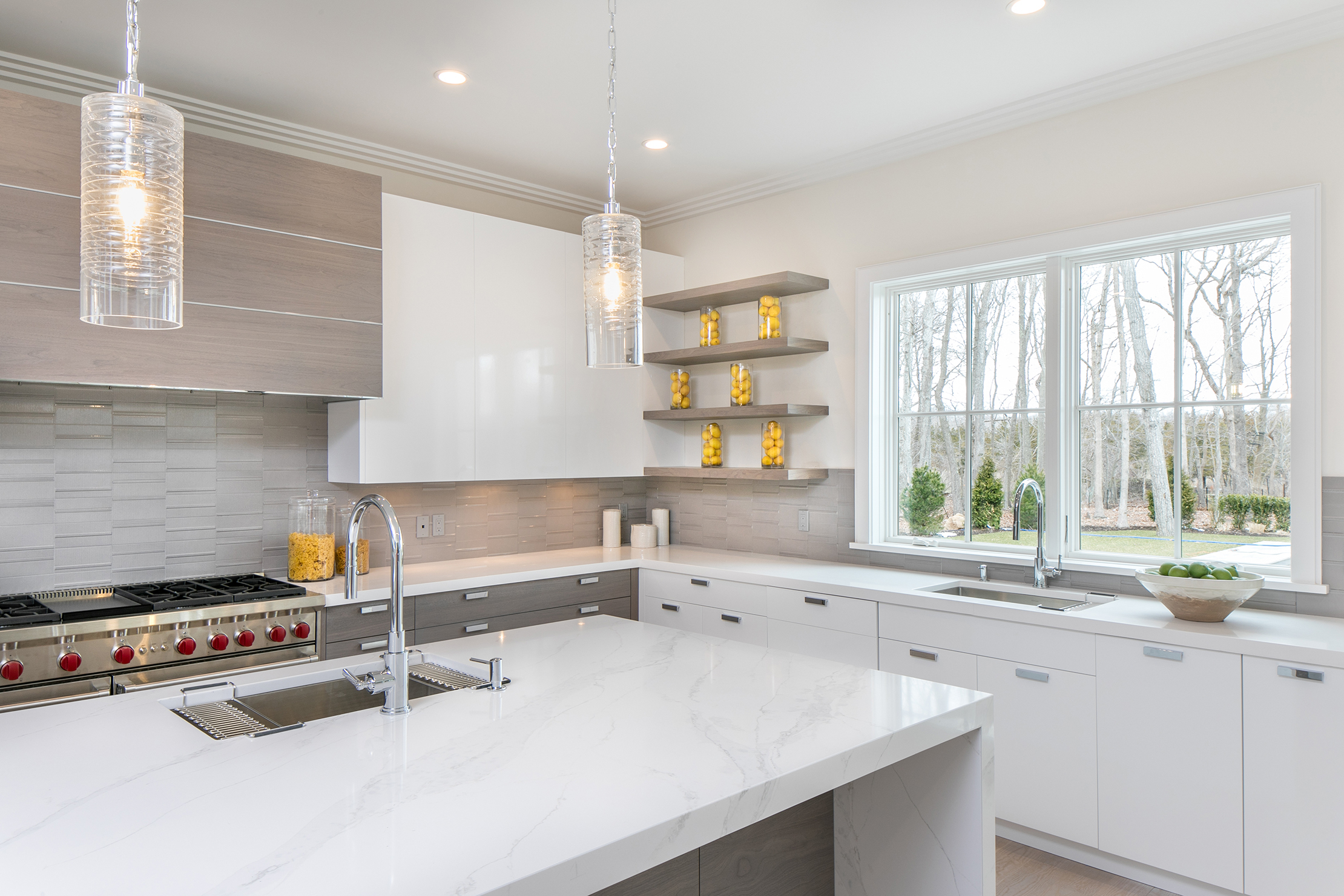 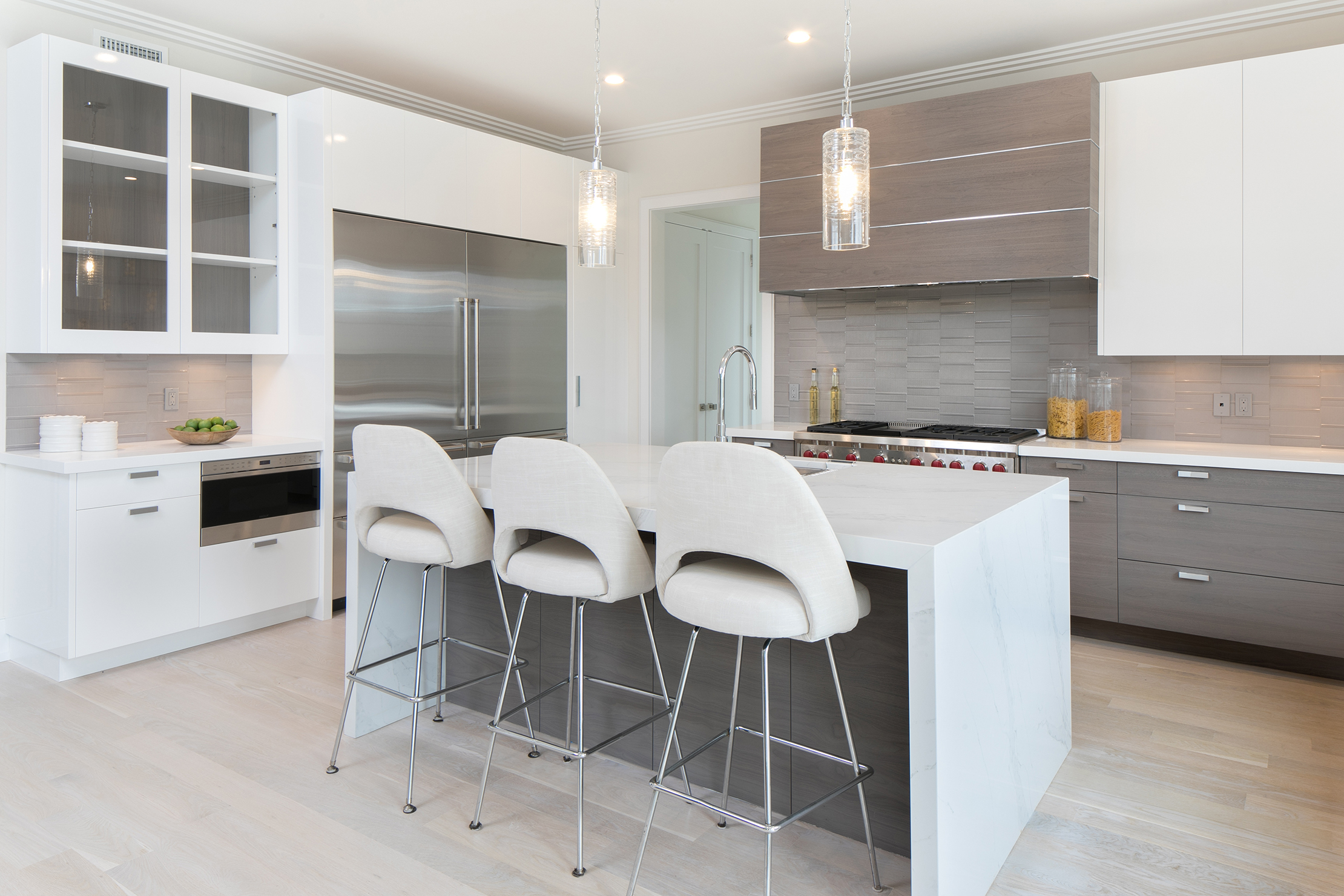 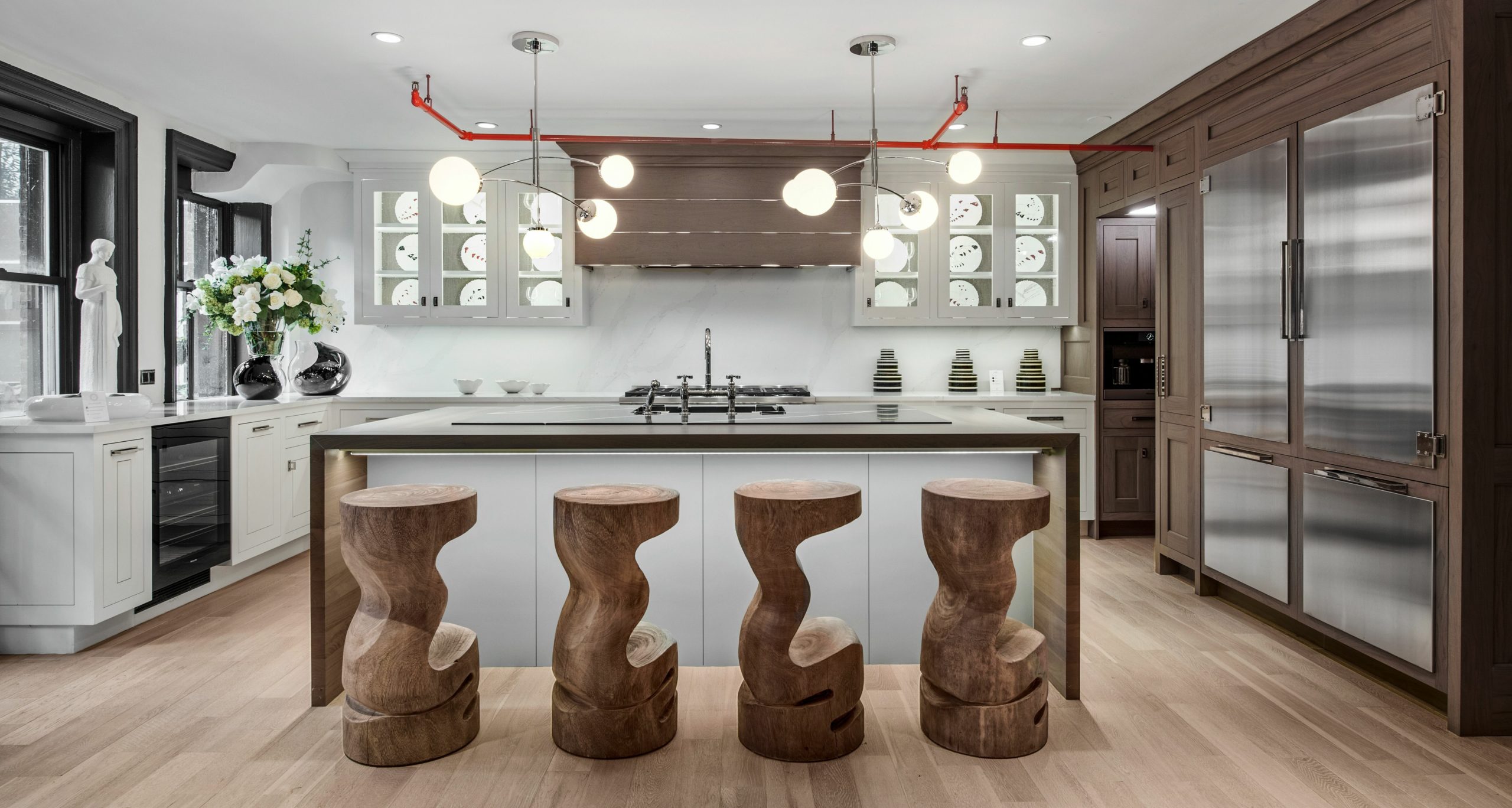 Of all the rooms in a fine Hamptons home, or any home, really, a kitchen requires the most forethought. The space has to meet each homeowner’s unique set of needs and desires, and without expert advice and guidance, best-laid plans are almost sure to go awry. Experienced luxury kitchen designer Bob Bakes of Bakes & Kropp, which has New York City and Long Island showrooms, including one on Noyac Road in Sag Harbor, offers his tips for merging form and function to create a kitchen that will satisfy even the most discerning homeowner.

Mr. Bakes is well known for his aesthetically sophisticated yet warm and comfortable kitchen designs, but before considering style, he says it’s vital to establish exactly how the space will be used. “The primary part of our design method is to get the flow and the movement right in the kitchen,” he says. “That’s controlled fundamentally by the action stations.”

While kitchens of the past focused on a simple “working triangle” — sink/prep, storage and cooking — Mr. Bakes says modern high-end spaces must consider the growing needs of an increasingly savvy clientele. “Now you’ve got secondary dishwashers and secondary sinks, coffee makers, secondary cooking positions, so there’s a lot more that goes into a kitchen,” he adds, noting that multifunction areas now appear consistently.

Additionally, Mr. Bakes says one must build in room to accommodate friends and family who gather to gab and sip while the primary resident preps their meal.

“Particularly if you’re out in the Hamptons, you’re never going to see a kitchen that doesn’t have some kind of significant seating area or congregation area,” he explains, but the most important part is function. “We make sure logistically the project is going to work, that it’s going to flow properly, that the movement areas are going to work,” he points out. And only after those questions are answered does he look at exactly how he’s going to paint that picture. “It’s a multistage process.”

For example, a good designer will ensure movement is always flowing in the right direction so the chef can maneuver smoothly from station to station, grabbing cold and dry goods from their areas, prepping them in another area and then bringing the food to an oven or range unhindered. “You don’t really want people moving around where there’s a bunch of hot stuff other than the person who’s actually doing the work there,” Mr. Bakes says. “We create more open passageways where we want traffic to go and slightly closed trafficways where we don’t want so much traffic to go,” he continues. “It’s all too often that standardization takes over. You need to adjust according to the space you’ve got because almost without question, the space will be different in every kitchen we do.”

Part of designing that space and flow is identifying the would-be chef’s likes and dislikes. “Are you a big cook? Do you need a 60-inch range? A 48-inch range? A 36-inch range?,” Mr. Bakes asks. “Are you OK with having the ovens underneath the range or do you want them in a tower? What refrigeration do you need? Do you need a lot of it?” He runs down a long list of other specifications, such as storage volume, appliances, burner configurations, wine refrigeration, steam ovens, warming drawers, and on and on. Once all that is established, it’s time to discuss colors, materials and finishes. “We can create any visual they want,” he says.

The look is indeed subjective, but there are reasons why some designs work visually and others don’t.

“The thing that switches people on to what we do, we seem to have come up with a textural balance. … People say, ‘I’m not sure what I like about it, but I really love it,’” Mr. Bakes muses. “I’ve gone down this path of relatively neutral colors in our color palette, which we blend in subtle ways within a kitchen. We create balance,” he explains, describing Bakes & Kropp’s signature look combining subtle colors and textures, and usually a lovely bit of lighting chosen by the homeowner, for an impactful whole. “If a wood shop got hold of a copy of my plans, they could probably build a kitchen, because a wood shop is a wood shop,” he says. “But get a wood shop to design a kitchen, and they’re completely lost.”

Mr. Bakes notes that Bakes & Kropp has a trendsetting style, including waterfall countertops, often with drawers cut into the sides; mixed-material surfaces; and statement kitchen islands. “Those kinds of details send a message to people’s brain, that it looks right,” he adds.

He also acknowledges that his clients are more educated than ever when it comes to creating their dream kitchens. “We’re still the inspirational designers that I hope we’ve always been, but we’re also now becoming guides where people have got a lot more insight themselves into the specifics of what they want,” he says. “Give me all the pieces of the jigsaw puzzle, and then I’ll translate that into your piece.”