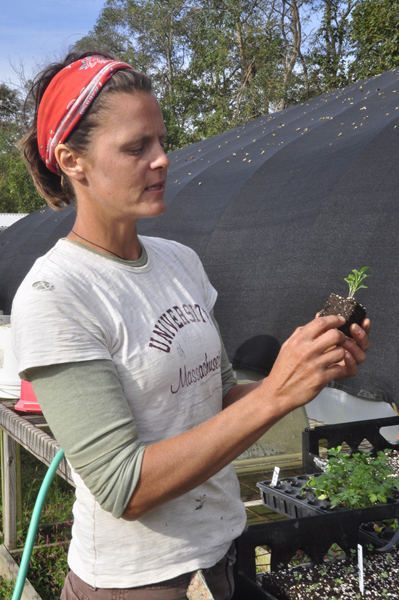 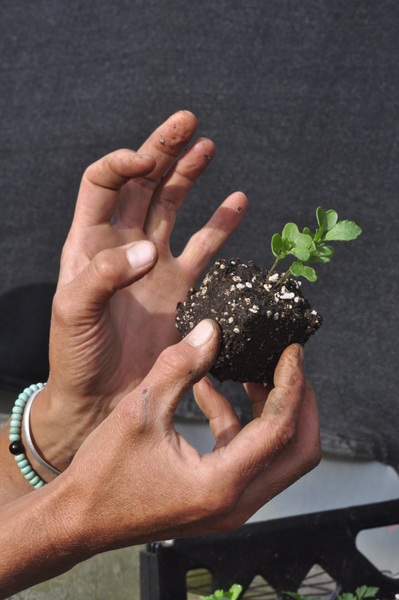 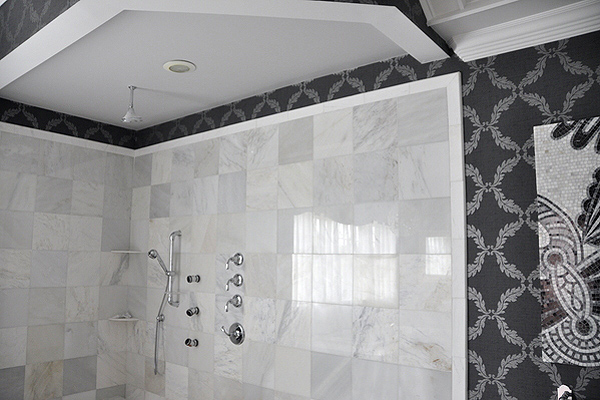 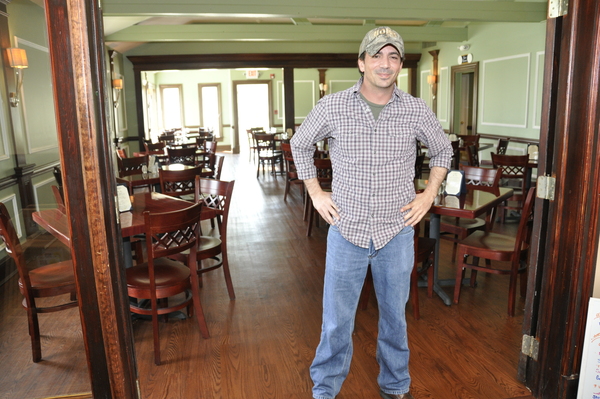 Rows of carrots at Early Girl Farm in East Moriches. 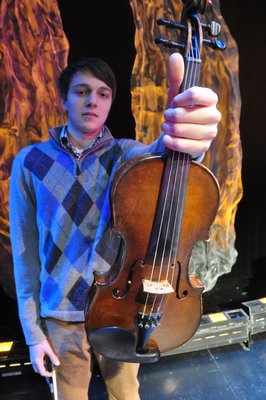 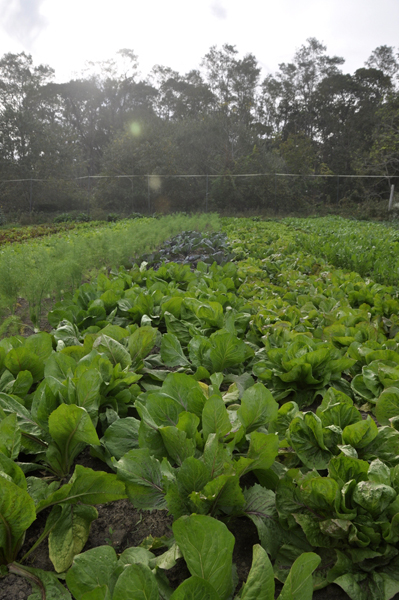 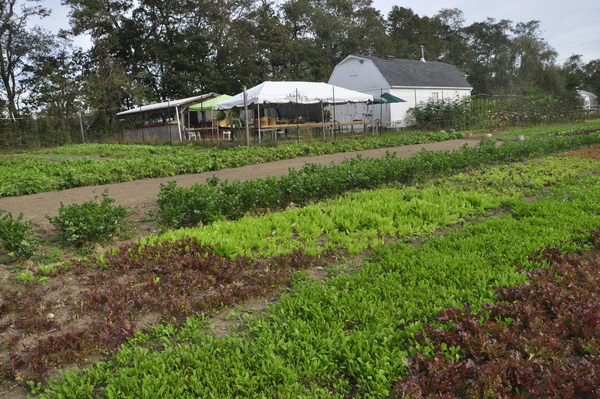 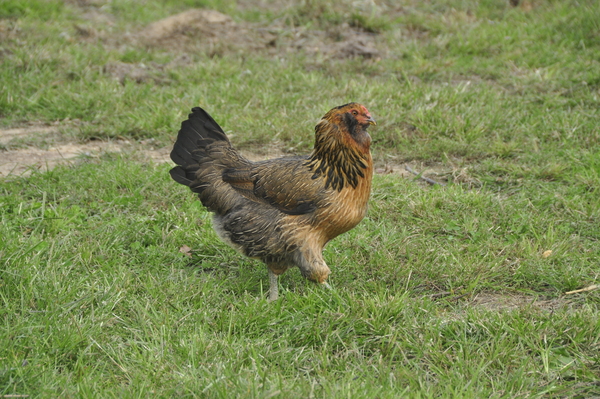 A resident chicken at Early Girl Farm in East Moriches. 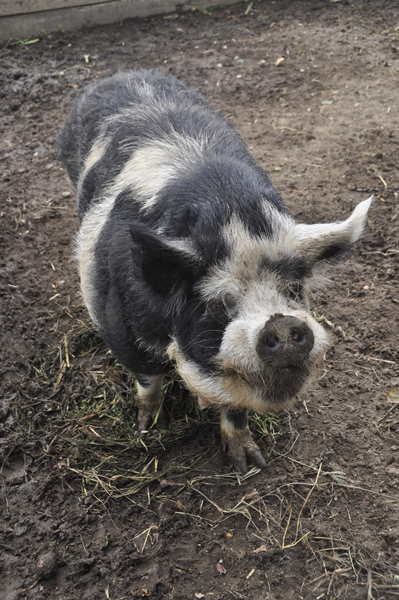 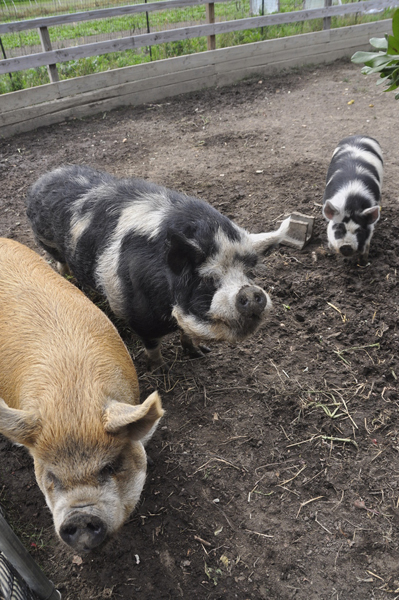 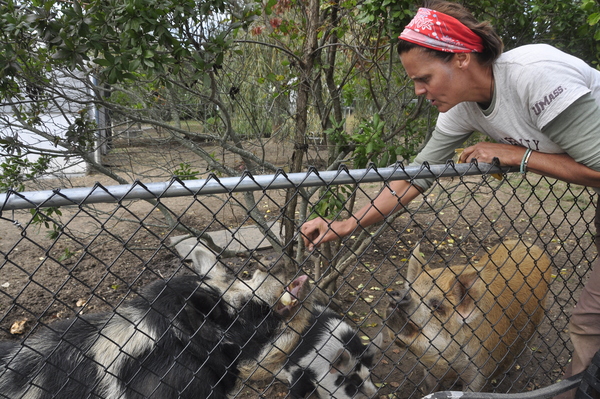 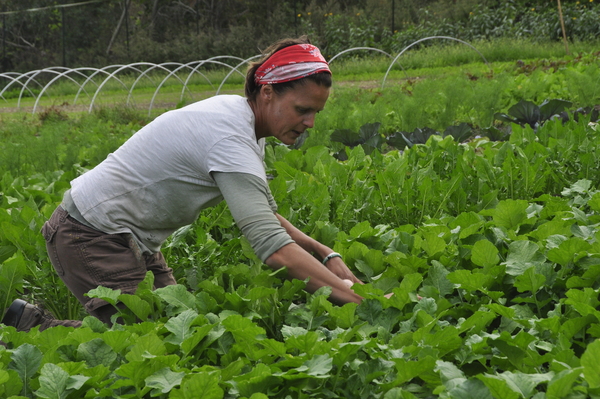 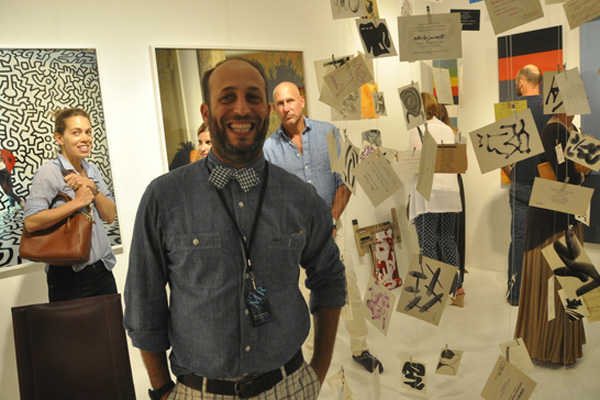 The intense smell filled her senses. But what was more, this box officially marked the starting point of her new adventure into a different profession: farming. The moment, not the pungent contents, moved her to tears.

“I thought, ‘This is something that I really want to do,’ and the potential in a box of seeds...” Ms. Gentry said last week, trailing off and looking out to the rows upon rows of vegetables at her organically-run Early Girl Farm in East Moriches, where she is spending her second season in the nearly 3-acre fields.

“It does the same thing to me every year,” she said of her seed shipments. “It’s so emotional. It’s like there’s so much life locked inside of them. It’s a new beginning.”

For Ms. Gentry, her newfound passion for farming was more than just a hobby. It was a professional, social and ideological overhaul, she

explained. Previously, she had been living in Brooklyn and was partner in an Indian restaurant—Hampton Chutney Company—in Manhattan. The catalyst for her was joining the Park Slope Food Co-op in Brooklyn, which carries organic, locally-grown vegetables that are affordable and available to the masses, she said, adding that the experience turned her 20 years of cooking on its head.

“I started to eat these vegetables and I felt better, more energized, and I loved it,” she recalled. “And as a cook, I wanted to serve these things to people that I was eating at home, that were making me feel better.”

So she sold back her shares to her Hampton Chutney Company partners and headed off to EECO Farm for an internship.

“When you’re in the restaurant business, a lot of the times, people are really concerned with the bottom line, as they should be,” Ms. Gentry said. “So many places just didn’t want to commit their finances to buying specialty produce and organic produce because it can be two, three times more expensive. But after selling my shares, I just treated myself to an education in farming. I kind of wanted to get away from the bottom line. I thought, ‘I don’t care. I don’t want to think about buying chicken from the same place that also sells our window-cleaning products. I’m done with it.’ I needed a break. So that’s what I did. I went to EECO Farm.”

After her internship, and a devastating breakup upon returning to Brooklyn, Ms. Gentry soon found herself back on the East End to take a job as a chef at the Ross School, she reported.

“It was that breakup that kind of changed everything,” she said. “It was the best thing that ever happened to me, in the end. It really was. I was at rock bottom. That’s what brought me here again. The nature of life is that it’s constantly reinventing itself and when one thing dies, another thing is born. You see it in the field all the time.”

Conveniently located near EECO Farm, the Ross School allowed Ms. Gentry to split her time between cooking and planting. The school continues to support Ms. Gentry, she said, and supplies 25 percent of her sales alone.

Ms. Gentry, who lives in Eastport, also distributes her organic vegetables to Stone Creek Inn in East Quogue, The Riverhead Project, Pizzetteria Brunetti in Westhampton Beach and some Manhattan restaurants. The farm’s vegetable stand is currently open on Saturdays, through Thanksgiving.

With winter coming on, Ms. Gentry’s fields are planted with radishes, carrots and fennel, as well as cold-hardy greens that can handle frost, including spinach, kale, Swiss chard, lettuce and white radicchio. This season, the farmer lost her tomato crop to late blight, a plant disease marked by black fungus, she said.

“Tomatoes are so much work,” Ms. Gentry said. “I feel like someone should write an opera about growing tomatoes. It’s like, they start to blossom, but then the crows eat them and they get blight and it’s like, ‘Ahhh!’” she yelled, throwing up her callused hands. “If you were in an opera, you’d be on your knees, under the spotlight at the end, just, ‘Ahhh!’” she said, hitting her palms on the picnic table.

Conventional farmers can use a blight-preventative spray, a fungicide, that helps the fruit from the inside out, Ms. Gentry explained. Organic farmers are not allowed to use harsh chemicals. Copper sulfate—a liquid copper spray—is utilized as a fungicide, she said, but it’s not as powerful as commercial products.

“I don’t really feel that organic farming is harder than conventional farming,” Ms. Gentry said. “Farming is challenging, whatever you do. But to me, it’s easier to not have to touch chemicals where there’s a skull and crossbones on it. It seems counterintuitive to put chemicals in your body.”

Instead, she treats the soil with the minerals it needs, she said, such as nitrogen, phosphorus, potassium, calcium, boron, magnesium, iron and copper. She uses seaweed emulsion, which stimulates root growth; worm castings for nitrogen; Greensand, which comes from a fossilized layer of the earth loaded with sea minerals, as it was once under water; and blood meal, oyster meal and peanut meal.

Compost made from manure courtesy of three Kunekune pigs—Henry, Sadie and Cynthia—and a flock of resident chickens kept by landlord Sue Drake is thrown back onto the fields. The natural fertilizer builds up the field’s humus, microorganisms and water-retaining abilities, making it easier to work with, Ms. Gentry explained.

“Organic is really about feeding the soil so the vegetables are healthy and are better for the people who are eating them,” she said. “Every time you plant a seed, you have a chance to grow something healthy that will help sustain people and fill them, but with something more than just something to fill their stomachs when they’re hungry. This kind of food feeds people on a very deep level.”