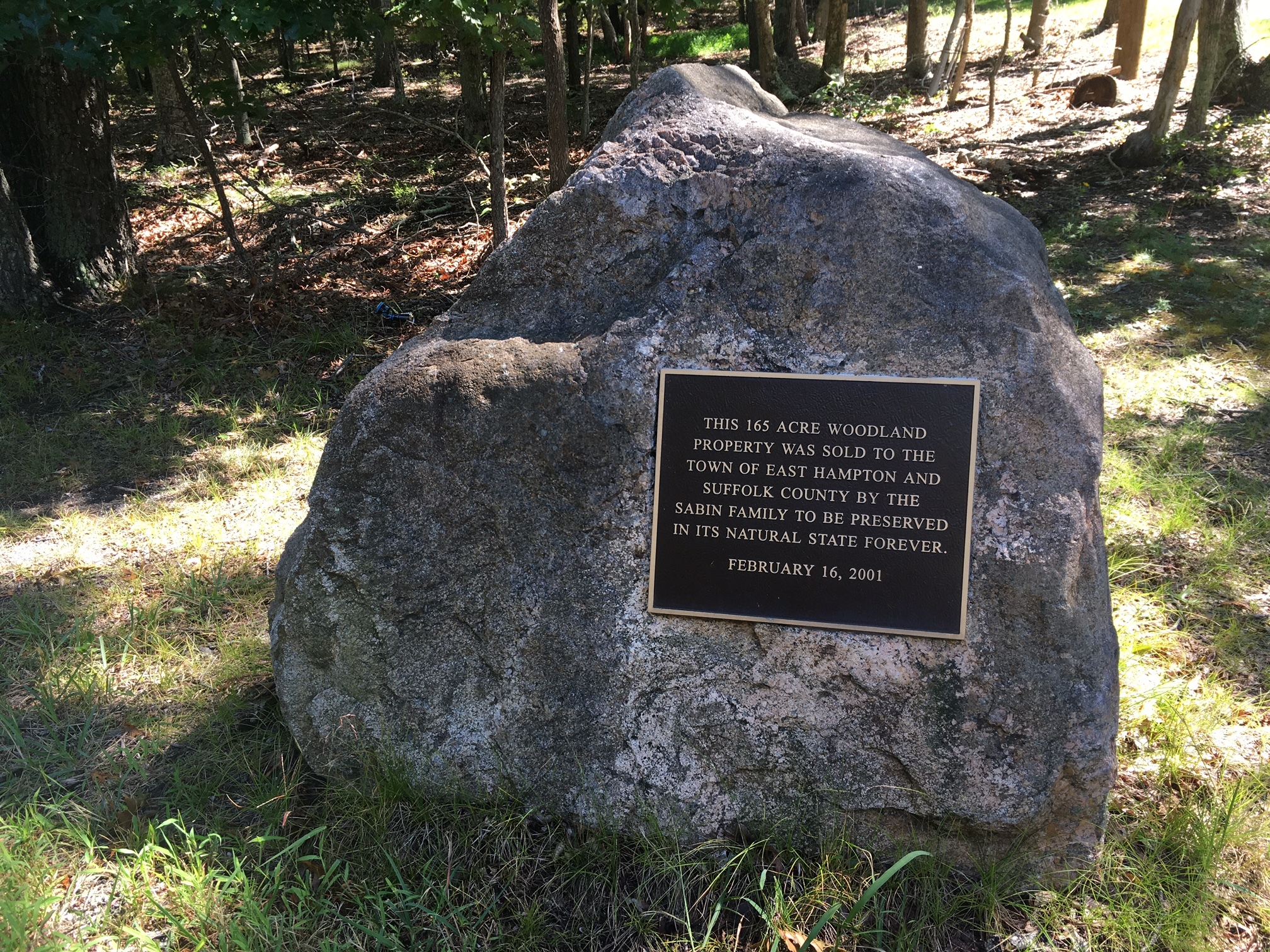 The boulder's plaque notes the preservation of Jacob's Farm in Springs. 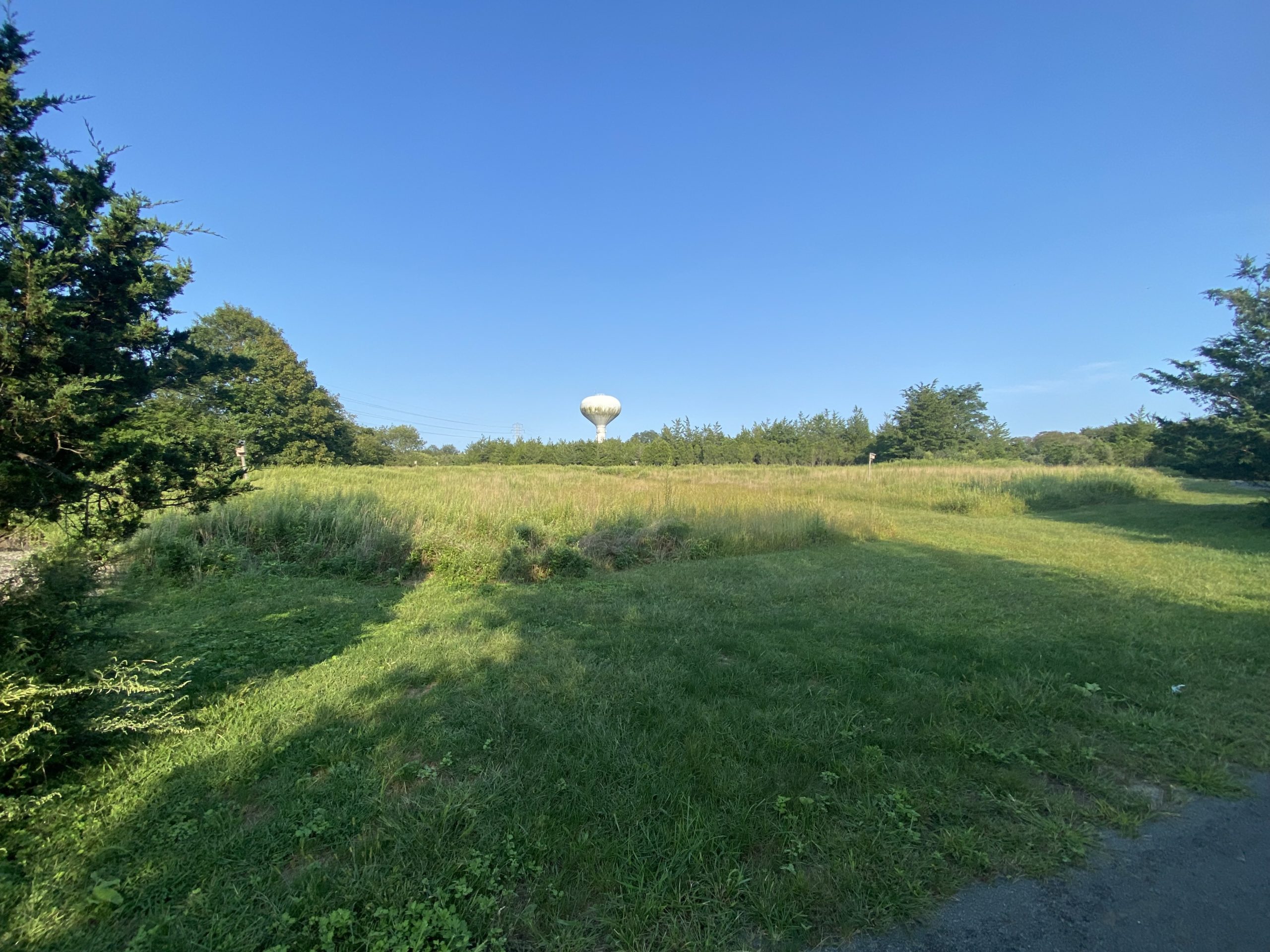 The Community Preservation Fund purchased and preserved the land that would become Moses Park in Southampton Village. DANA SHAW 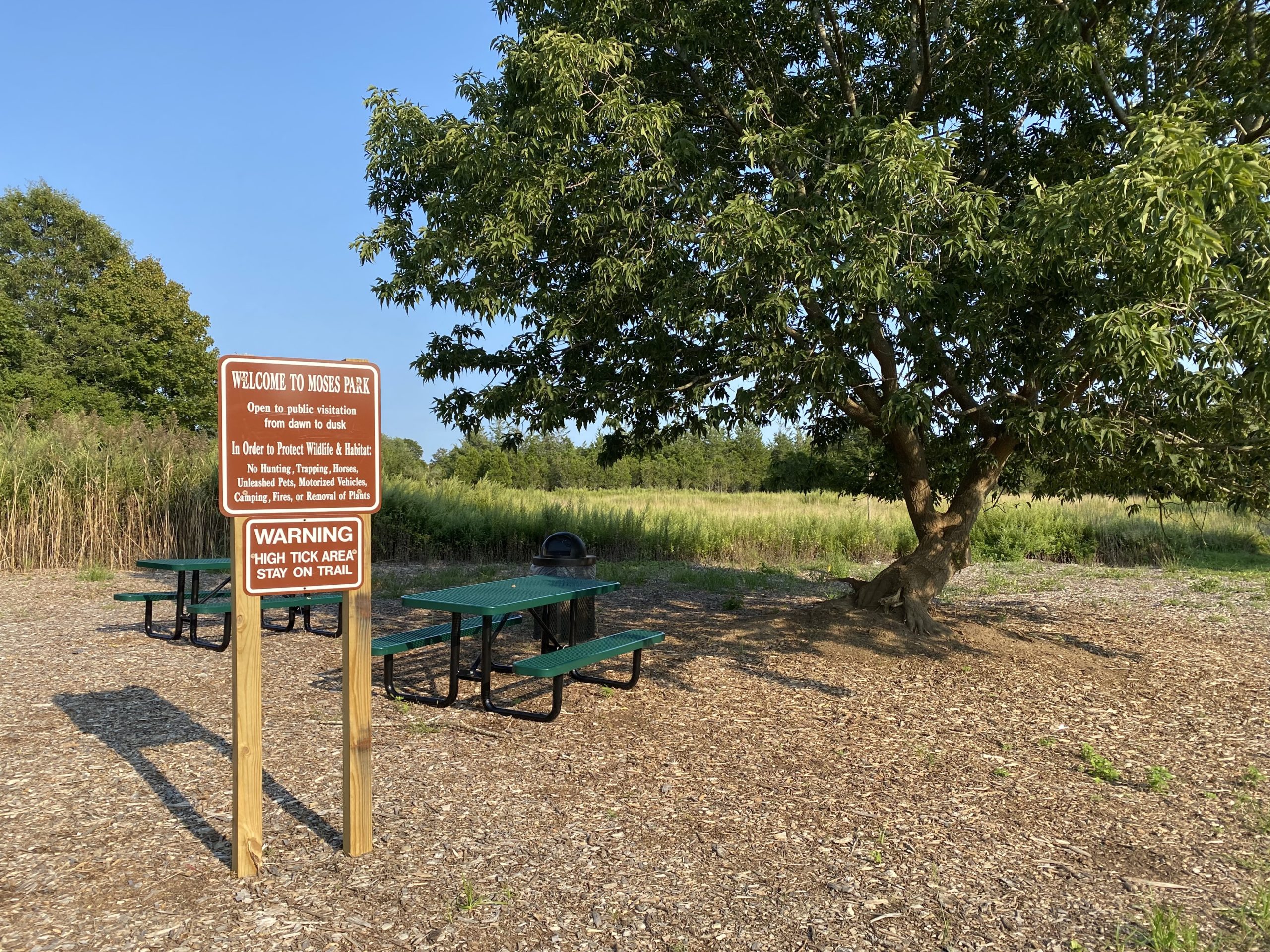 The Community Preservation Fund purchased and preserved the land that would become Moses Park in Southampton Village. DANA SHAW

Across all five East End towns, the Community Preservation Fund reached $1 billion in revenue in January 2015. Now, officials and conservationists have more reason to celebrate as the CPF in Southampton Town alone has topped $1 billion.

â€śItâ€™s beyond anyoneâ€™s imagination that weâ€™d have that much money available to save our woodlands and protect our aquifer and create access to our waterways, clean up our waters and restore our historic buildings and create ball fields,â€ť Southampton Town Supervisor Jay Schneiderman said, announcing the milestone to colleagues during the September 9 Town Board work session. â€śItâ€™s been an incredible engine for preservation and retention of our community character.â€ť

Approved by voters in 1998, the CPF began amassing revenue from a 2 percent tax on most real estate transactions the following year. The dedicated fund was designed to be used for the preservation of open space, farmland, and historic properties.

Mr. Schneiderman was the supervisor of the Town of East Hampton when its first major CPF purchases were completed, and he has been the Southampton Town supervisor since 2015. He has likely presided over more CPF purchases and negotiations than any other town supervisor. â€śI have signed so many contracts to acquire land,â€ť he said, â€śhundreds of millions of dollars.â€ť

The first â€śreally big purchaseâ€ť the supervisor recalls took place in Montauk during his first year in office, in 2000. He remembered negotiating with the property owners of what would eventually become Shadmoor State Park thanks to a combined acquisition with money from East Hampton Townâ€™s CPF, Suffolk County, New York State and the Nature Conservancy. The parcel is some 99 acres on the bluffs. Nearby, the Amsterdam Beach acquisition in 2005 added almost 200 acres to the townâ€™s holdings in Montauk. Jacobâ€™s Farm in Springs (165 acres), Rodâ€™s Valley Park on Navy Road in Montauk (22.4 acres), and South Flora Nature Preserve on the Napeague Stretch (37.6 acres) stand out in the lawmakerâ€™s memory.

More recently, on the Southampton Town side, the 160-acre Woodfield Gables property in Speonk is meaningful â€” â€śthatâ€™s a big one,â€ť Mr. Schneiderman said. Moses Park in Southampton Village and Steinbeck Park in Sag Harbor topped Mr. Schneidermanâ€™s list of memorable recreation purchases. He noted Steinbeck Park was among the most expensive properties in relation to size. Acres of farmland have been preserved in Southampton, as have a variety of historic properties, like the Nathaniel Rogers House in Bridgehampton and the Lizon Hat Shop in Hampton Bays. CPF monies were put toward the restoration of the Sag Harbor Cinema as well.

During the announcement, Mr. Schneiderman offered thanks to those who made it happen, including former New York State Senator Ken LaValle and Assemblyman Fred Thiele Jr., the authors of the legislation that created the CPF.

â€śThe Community Preservation Fund has been a success beyond our wildest expectations,â€ť Mr. Thiele said Friday. Reminiscing, he said that colleagues in Albany asked during deliberation of the legislation if its authors could predict how much money per year the fund might amass across the five participating towns. â€śWe said $15 million, and in the first year, it was $34 million,â€ť Mr. Thiele remembered.

At its heart, â€śthe underpinning of the fund is that it allows conservation to keep pace with development,â€ť the assemblyman explained. â€śWeâ€™ve preserved over 10,000 acres from open space to farmland to active parks.â€ť

In other parts of the world, the environment and economy are at odds. â€śThatâ€™s never been the case here,â€ť Mr. Thiele opined. â€śOur environment is our economy.â€ť

That philosophy helped bring along builders and real estate brokers in support of the CPFâ€™s passage. They realized that the rural, undisturbed settings that make the region attractive are also good for the economy, Mr. Thiele pointed out.

â€śSouthampton Town, and the entire East End region is thousands of acres richer through the permanent protection of the cultural, agricultural and environmental assets that have drawn people here for centuries and made this place one of the most desirable communities in the nation,â€ť Robert DeLuca, the president of the Group for the East End, asserted.

In addition to those interested in development, a raft of environmental organizations stepped up to push for the legislation. Mr. DeLuca recalled in a statement via email. â€śThe unprecedented success of the Community Preservation Fund is a landmark environmental victory for the entire East End, but itâ€™s also a massive victory for the power of innovation, public leadership, civic advocacy and the priceless commodity of hope,â€ť he wrote.

â€śFor those of us who were there at the beginning, we knew the potential that this idea held as did many of our most respected elected leaders, but to get the idea across the finish line we had to endure nearly a decade [of] obstacles,â€ť Mr. DeLuca continued. â€śIn the end, we also had to overcome significant opposition from those who saw the region as a mine from which they could extract endless value instead of a community that deserved our collective public investment. Thankfully, the regionâ€™s longstanding public commitment to conservation and a more sustainable future won the day, and the critics largely faded into oblivion.â€ť

As he listed those who worked to establish the CPF, Mr. Schneiderman also gave thanks to â€śthe public who decided to tax themselves,â€ť concluding, â€śWhat an incredible success story it has been.â€ť

â€śThe Town of Southampton certainly hit a key milepost,â€ť Mr. Thiele acknowledged. â€śTo me, more important is whatâ€™s been done with that money. â€¦ a lot has been done and a lot remains to be done.â€ť