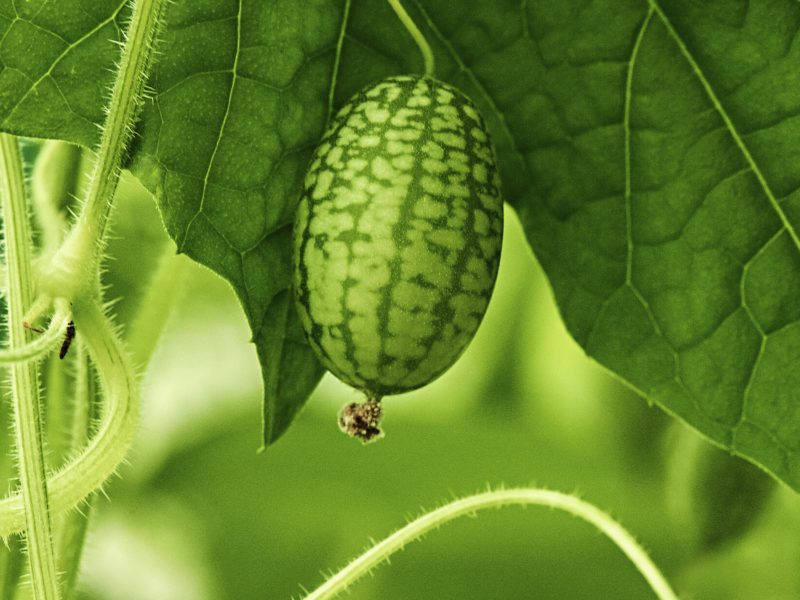 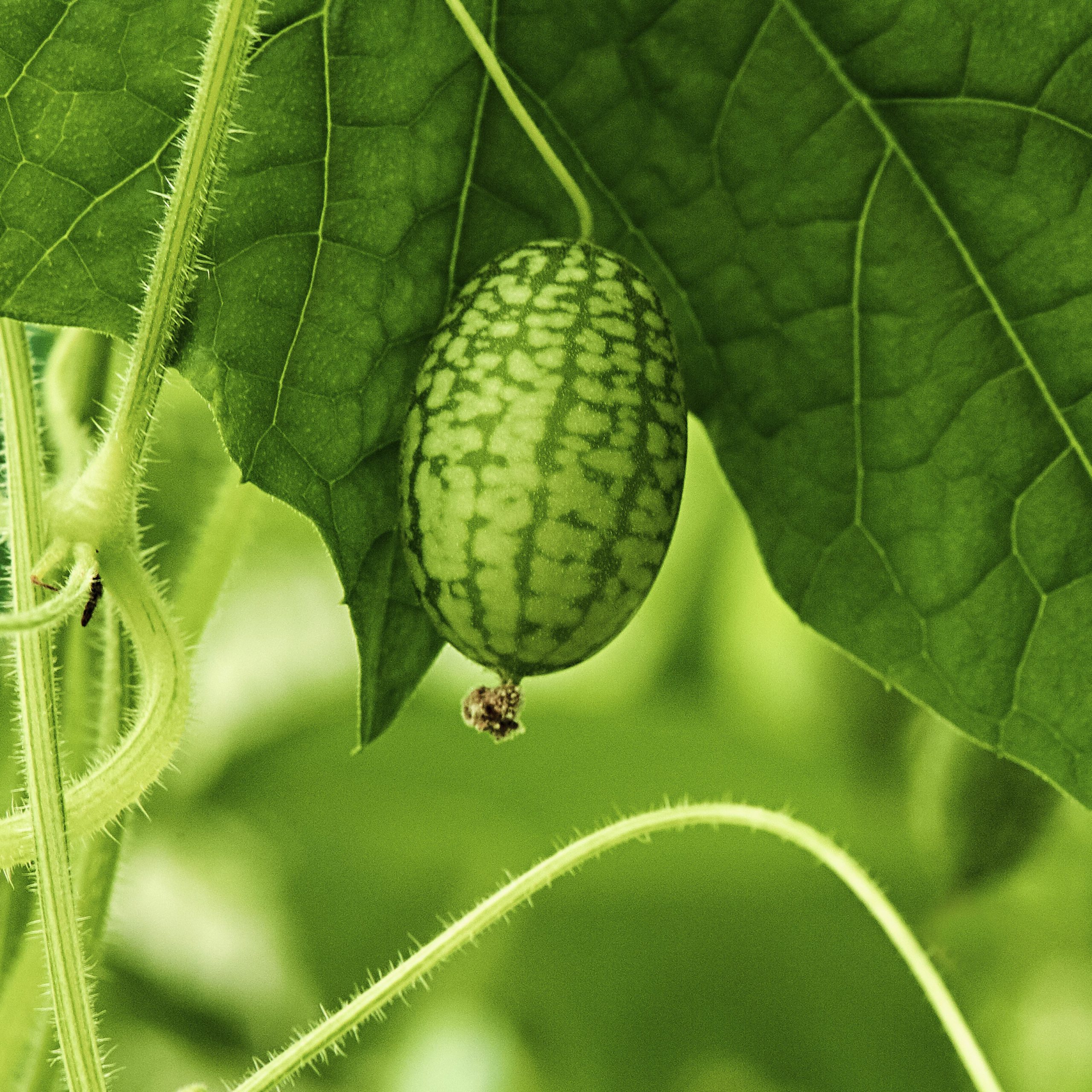 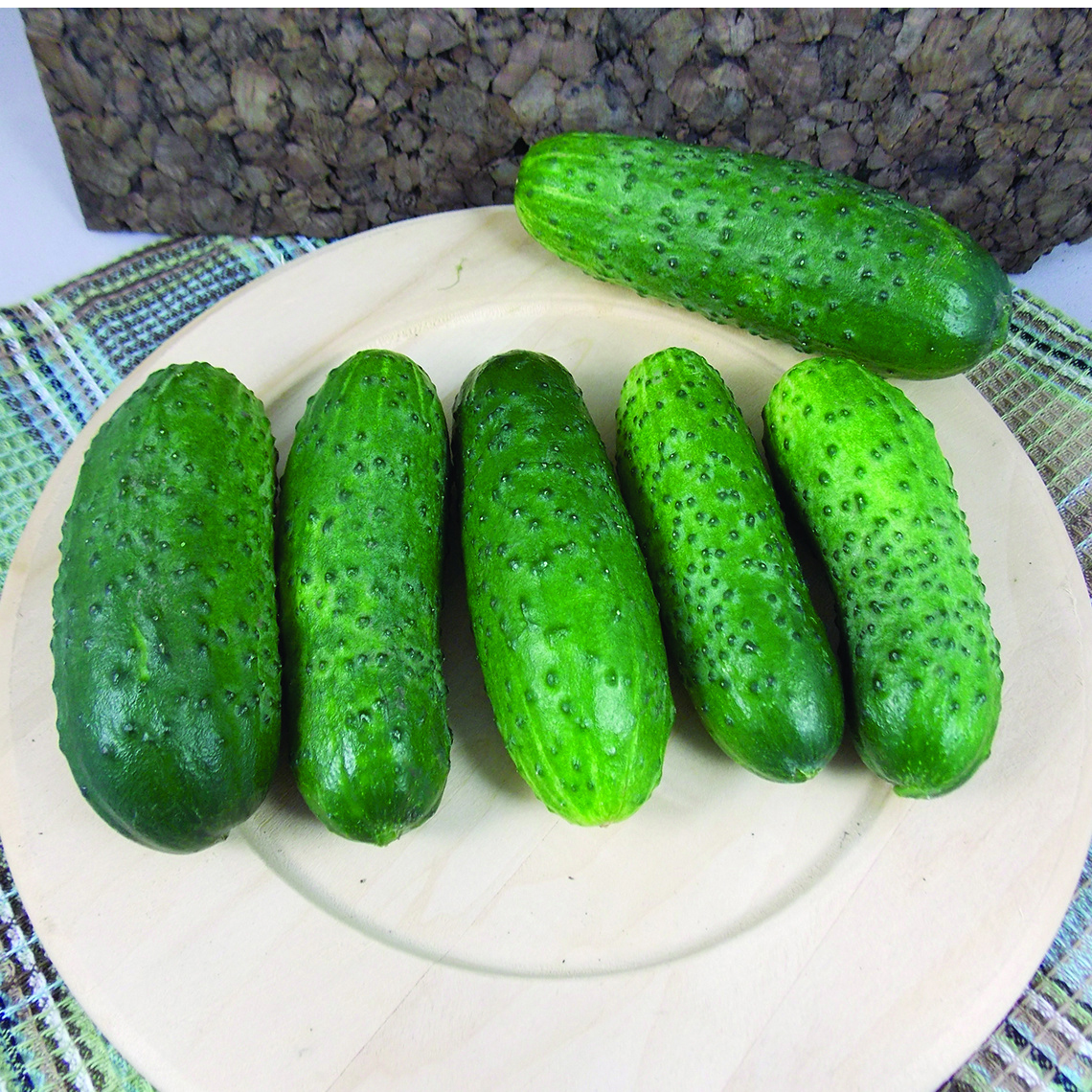 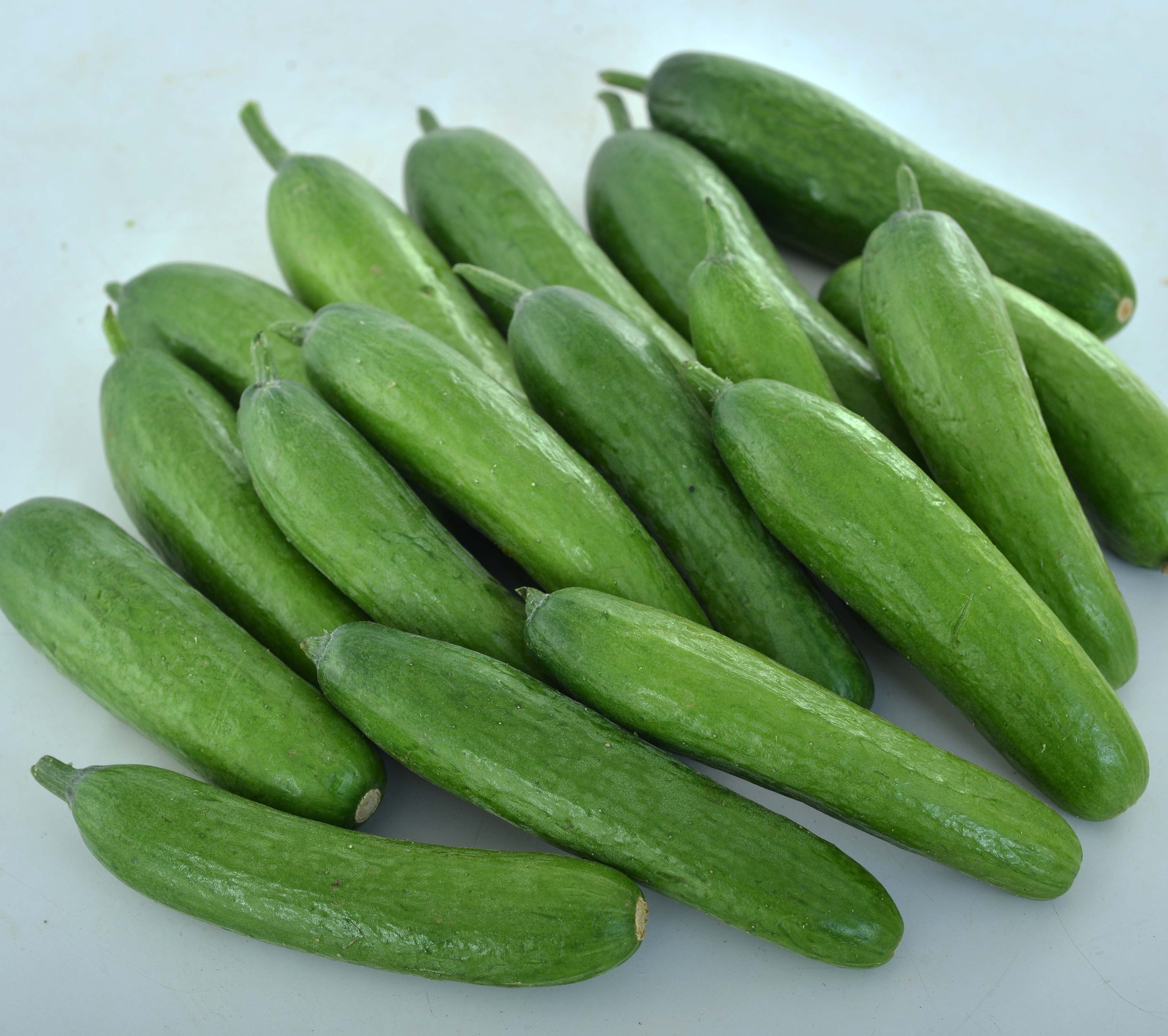 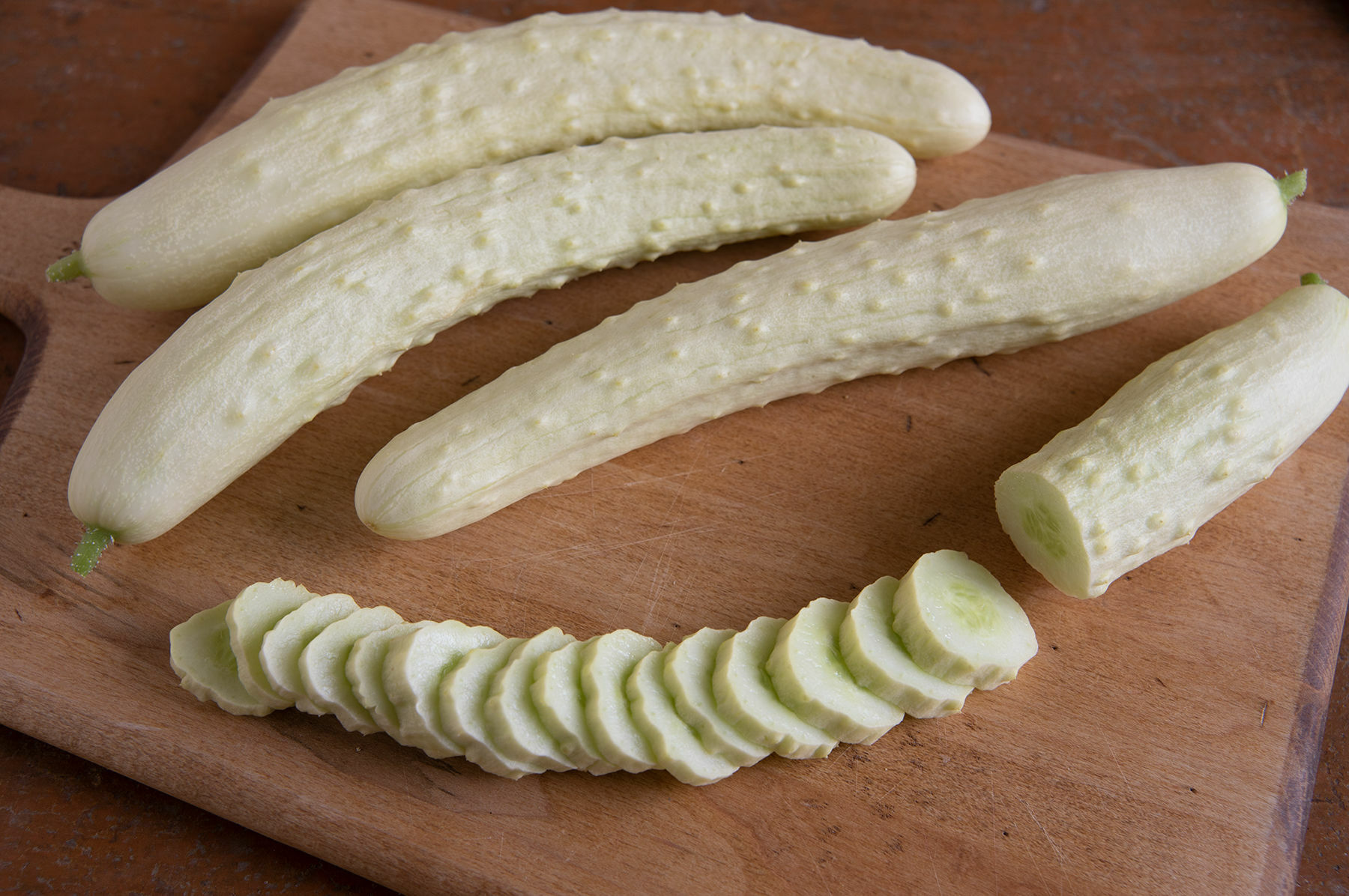 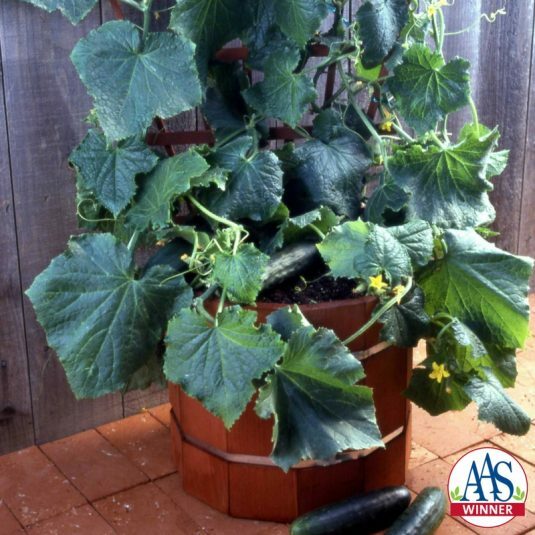 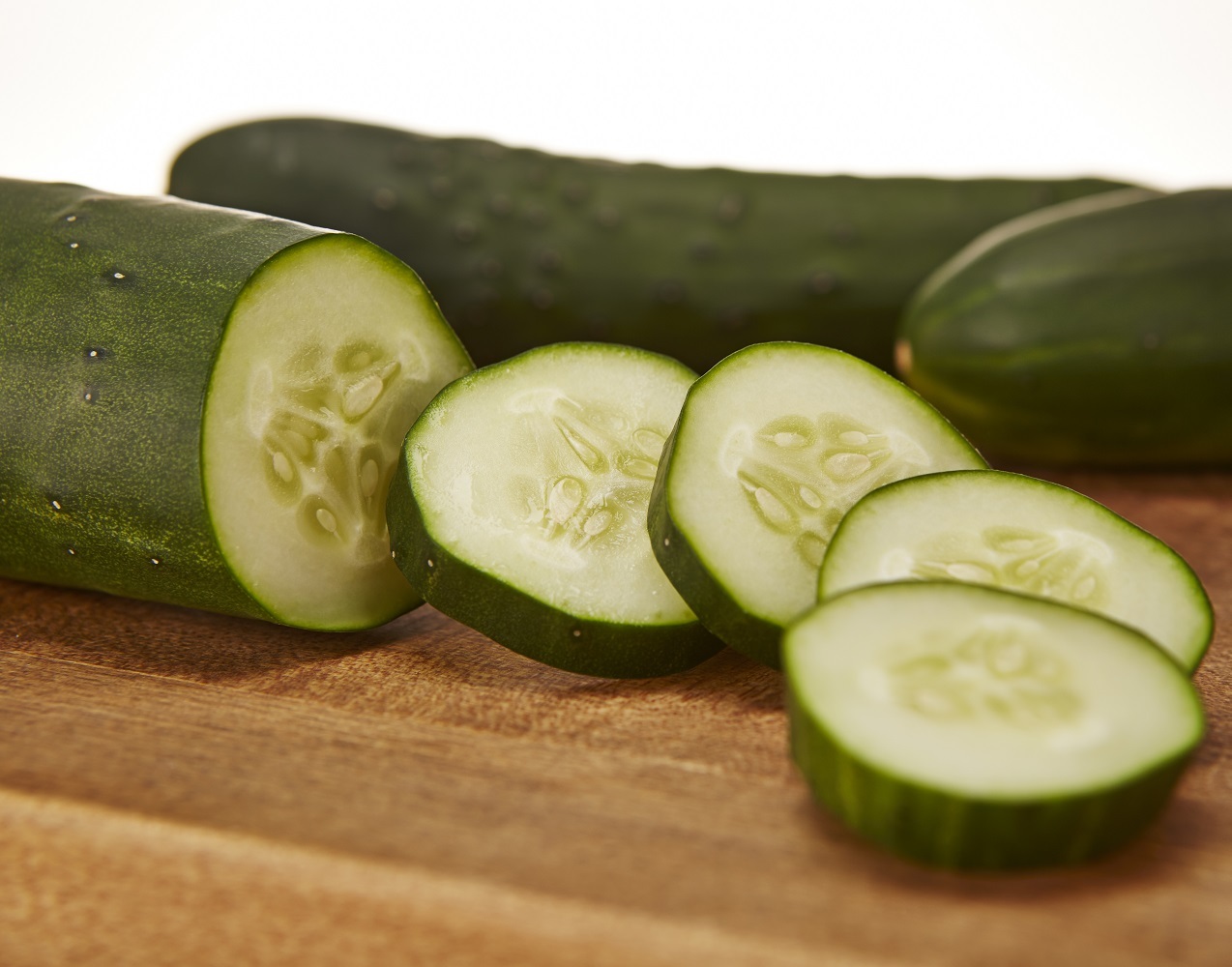 If you read last week’s column you’ve probably realized that cucumbers are not a cool-season crop. You should also know that there is more than one type of cucumber. And if you’ve had trouble growing cukes, you’ll probably find out why shortly. What I do hope you’ll come away with, though, is that this seemingly simple vegetable that can be up to 96 percent water is pretty complicated.

Let’s start by backtracking a little. Last week, I said there were two types of cucumbers. Well, yes, there are the slicers and the picklers. But one seed catalog adds a third group, the cocktail or snack cucumber, while yet another catalog adds an amorphous group they refer to as “Specialty” and into this group they throw the Asian and lemon types. Bottom line? Two types: slicing (which includes salads) and pickling.

The majority of cukes fall into the slicing category. These are eaten fresh from the garden. The fruits are generally green, elongated and slightly tapered on the ends and they range from 4 to 12 inches in length. Within the slicers is a sub-type that was developed in Israel, and it differs in that it is smoother, has a thinner skin and it is said to be burpless. This type was developed at an early kibbutz and is referred to as the Beit alpha type.

The next slicer group is referred to as oriental and has roots in Asia. These tend to be crispy, sweet tasting and thin-skinned, with only a few spines. They grow 10 to 12 inches long and, in order to keep them straight and high in quality, they should be grown on trellises. The third group in the slicers are the greenhouse cucumbers that were developed in Europe. These can be grown in home gardens but are mostly grown for market and not home garden use.

The pickling class of cukes is used for preserving as pickles and relish. The group is versatile in that they can be harvested at various stages of growth: short, for jars like the Ba-Tampte brand, or as long spears, like you might find in the Vlasic brand.

Gherkins are usually immature pickling cucumbers that are generally only an inch or two long with a warty skin with spines. Dill, sour, sweet, bread and butter, or half sour don’t refer to the cucumber but the way in which it’s pickled or preserved.

Other types include lemon and Armenian (yard long). The lemon is a round cuke about the size of a lemon with a cream to yellow colored skin. When immature, they can be used for pickling, while the mature fruit can be sliced and eaten fresh. The Armenian cuke is actually an elongated cantaloupe that’s best if cooked like a summer squash or eaten fresh when immature. It produces ribbed, pale green fruit that, if left on the vine, can get 3 feet long. Mostly a novelty, it’s best for eating when only a foot long.

Now, what’s this about burping and cucumbers? Most cucumbers contain cucurbitacin, which is a natural biochemical that is said to be a repellent against herbivores. So, if correct, those cukes higher in cucurbitacin will be least likely to be eaten by a passing animal like a rabbit. But the compound also makes some folks burp. The newer varieties of cukes, however, have reduced cucurbitacin and, especially the Asian varieties, are now “burpless” as well as much less bitter or even “bitter free.”

Now we get to the good part, sex. However, cucumber sex. Some plants produce two different kinds of flowers on the same plant — male and female. This is the case for this whole family, including squash, gourds, cukes and watermelons. The sex of the flower is important because only the female flower produces a fruit while most of the males produce pollen. A cucumber may be flowering like crazy and yet not setting any fruit. That’s because all the flowers are males. You have a choice of the male/female flowers on cucumbers you wish to grow. The choices (noted on the seed packet or tag) are monoecious or gynoecious.

Monoecious cucumbers produce male and female flowers on the same plant. All open-pollinated (heirlooms, especially) are monoecious, but so are some of the hybrids. The advantage is that the pollen and the fruit producing flowers are on the same vine. You can just sit back and let the bees do their work. If you have any bees. The disadvantage is that these varieties are usually later and the production of fruit is slower.

Gynoecious cucumbers produce all female flowers. All the flowers have the potential to produce fruit, but note the word “potential.” The advantage is a higher and more concentrated yield. The disadvantage, however, is that there must be a cucumber plant nearby, which produces males flowers that can pollinate the females. The good news is that when you purchase seeds for a gynoecious cuke the packet will contain pollinator seeds. The pollinator plants produce the pollen for the all-female plants. Sounds like risky sex to me, but in most cases it works.

Another solution is to plant gynoecious cucumbers that are parthenogenetic. A parthenogenetic cucumber produces only female flowers that do not need pollen to set fruit. The result is usually seen in higher and more reliable yields, but your varietal choices may be somewhat limited. There is also another big plus to this group. Since the flowers don’t need insects to cross-pollinate them, you can use row covers over the plants to keep most of the cucumber insects away from them. That’s a big deal. If you put row covers over the other varieties, you need to have an alternate method of ensuring pollination. The disadvantage, though, is that if the female flowers are pollinated from a different plant you can end up with a lumpy or curved cuke instead of a straight one. The easiest way to eliminate cross-pollination is to grow only parthenogenetic plants. Some of the parthenogenetic varieties are Baby Persian, Green Fingers, Chelsea Prize, Garden Oasis, Sweet Success, Monika, Diva, Tyria, Suyo Long and Socrates.

So, those are the pluses and minuses. After reading the few paragraphs above, you may be slightly confused, but you may also have found an answer to why you may have had summers with few to no cukes. Remember, these plants all like to bask in the sun. The soil should be light and well drained but high in organics. How much space you need depends on if you’ll be using the old mound method (plants 4 to 6 feet apart), trellised types or bush types, which can be grown in pots or in as little as 2 square feet of garden space.

Sow seeds when the soil has warmed up to nearly 70 degrees or start the plants in peat pots and then plant in the garden when the soil is near 70. When planting hills, the mound should be about a foot in diameter with 4 to 6 seeds per hill thinning to three plants per hill.

There are three rules to harvesting. Pick, pick and pick. If mature fruit are left on the vine, that plant “thinks” its work is done, and production will stop. Most varieties will mature in 50 to 65 days. Harvest in the morning, and they will keep best at 55 to 60 degrees.

Go online and become familiar with what the insects that like cucumbers look like. The cucumber beetle is easily removed by hand. Search for the larvae at the base of the plant — they feed on the underground roots. The adults feed on the stems and may be a striped variety or spotted. Squash bugs are found on stems and unripe fruit, and they suck the plants’ juices. They can be picked off when noted.

The squash vine borer attacks cukes, and the larvae are about 1 inch long with dark heads. They develop from eggs laid by a moth at the base of the plant early in the season. Once inside the stem, they are very difficult to control. Alternating your planting dates can be helpful as can row covers.

There are a few diseases and some can overwinter in your soil. So if you grow cukes year after year, don’t repeat them in the same spot. Aphids are a prime culprit in the transmission of several diseases so keep them under control. And when buying seeds and plants, search those out that are disease resistant.

Lots to think about, and you should do a bit more reading. Seed catalogs are ripe with helpful hints and growing guides as well as many, many varieties to choose from. The Sweet Success hybrid is parthenogenetic as well as highly disease resistant, but there are others. Do your homework, do some planning, hold off on planting until it’s warm in May and, of course, keep growing.