Doug Tallamy To Present 'A Chickadee's Guide To Gardening' - 27 East

Doug Tallamy To Present ‘A Chickadee’s Guide To Gardening’ 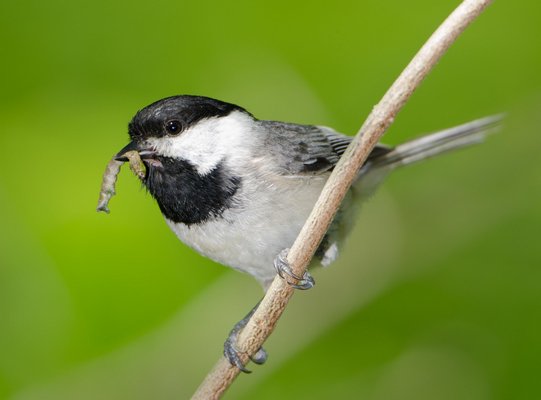 A chickadee with a caterpillar, a necessary food for rearing its young. DOUG TALLAMY 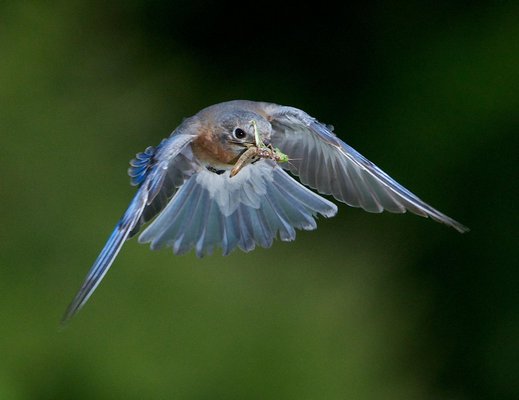 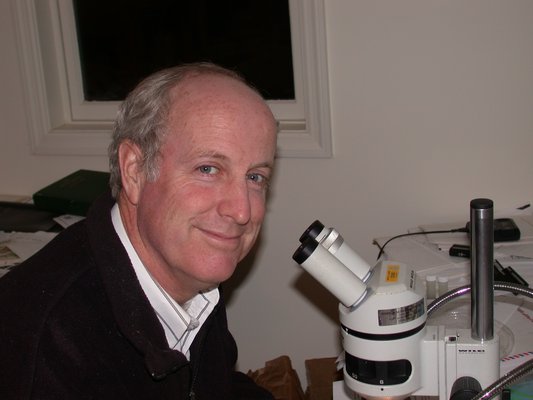 The topic of this year’s annual Karish Program, presented by the Horticultural Alliance of the Hamptons, is how to landscape and garden for the benefit of birds.

So, naturally, HAH is bringing in a renowned expert — on insects.

Doug Tallamy is an entomologist — a scientist who studies insects — and has been a professor at the University of Delaware for 39 years. He will lead garden tours and present a lecture, “A Chickadee’s Guide to Gardening,” on Sunday, October 6, to explain how native plants, via the insects that feed on them, benefit resident and migratory birds.

“The big problem today, of course, is that insects are declining,” Mr. Tallamy said from Delaware in a recent interview. “And that is: we say ‘declining’ — we’re killing them. That’s why they’re declining.

“We’ve had this war against insects forever, and now we’re recognizing that we have global insect declines, and that becomes a serious problem. To make a long story short, humans will not survive on the earth without insects. So, we absolutely need them. Not just for pollination, but because they create the ecosystem services that support us.”

And if insects are lost due to the overuse of pesticides, most birds will be lost as well, he added.

“We have human-dominated landscapes almost everywhere, and one of the big problems for insects is that we are landscaping those landscapes with plants from someplace else — typically, China.”

He has spoken all over the United States, and his message stays the same — even worldwide. “Most of nature is a series of specialized relationships,” he said. “It falls apart when plants are moved around the world.”

While “A Chickadee’s Guide to Gardening” actually will touch on many species of birds, Mr. Tallamy chose chickadees as the titular bird, because they have been the subject of many of his studies. “They are a good representative for what is happening with insectivorous birds that are out there,” he said. “People like chickadees. They do want to breed in your yard.”

And they illustrate his point: It takes between 6,000 and 9,000 caterpillars to rear one clutch of chickadees, he said.

And, he noted, baby birds can’t eat seeds. They can only eat insects.

“We need to redesign human-dominated landscapes so that we can share them with the species that keep ecosystems functioning,” Mr. Tallamy said.

“As far as bird food goes, the plants that you put in your yard make the bird food. They make the insects that the birds eat. They also make the seeds and the berries. The way it is now, most of our yards, most of our corporate landscapes, don’t have the right plants. So they’re not making nearly enough food for the birds.”

That’s not to say that bird feeders aren’t helpful. “When birds have access to feeders, they produce more offspring in the spring. Their overwintering success is better. But remember: We have 386 species of birds that migrate. They are neotropical migrants because they are insectivores. And when they come back, they need a lot of insects to reproduce.”

An alternative to filling feeders with birdseed is mealworms, but even mealworms leave something to be desired. Mr. Tallamy said mealworms are a good supplement, particularly in the cold parts of the winter, or during a cold, wet spring, when birds are trying to feed their young.

“But mealworms are a type of beetle, and they don’t have the type of nutrition that caterpillars have, which are the larvae of moths and butterflies. And the birds really need caterpillars, more than mealworms,” he said. “I don’t want to discourage you from doing that. It’s certainly not going to hurt them. But we can’t supplement everything that birds need. … They need thousands and thousands and thousands. It is much easier to create landscapes that produce those things than to try to go to the store and buy it.”

Mr. Tallamy recommends the National Wildlife Federation’s Native Plants Finder (nwf.org/NativePlantFinder/Plants), which is based on his research. Just type in a zip code and discover, by county, all the native flowers, grasses, trees and shrubs that support local wildlife, and discover all the local moths and butterflies.

“Rather than targeting particular species, it’s much easier to plant the plants that make most of the species,” he said.

Caterpillars from other continents that were brought to the United States — like the gypsy moth — didn’t come with their natural enemies, so the populations explode, he explained.

“So nonnative caterpillars, that’s a special case. We do need to work on controlling them. There’s all kinds of problems there. Because if you spray your oaks to get rid of those caterpillars, you’re also getting rid of all the native ones.”

Natural enemies of caterpillars can include diseases and parasitoid wasps, which would keep a species’ population under control in its native environment.

“So bringing in these nonnative insects in a huge, huge problem,” Mr. Tallamy said. “And in a small situation, if you can control them mechanically — just picking them off — that’s a better option than just spraying. We always resort to spraying, which is not discriminatory. It’s kills everything that’s out there.”

Not every property owner has the space to plant several large oak trees to help the birds, but Mr. Tallamy noted that not all oaks are gigantic. For example, the dwarf chestnut oak, also known at the dwarf chinkapin oak, and the blackjack oak are more like shrubs than trees.

“People should look at their properties without thinking about property lines,” he advised. “You’re really looking at your entire neighborhood. If you only have space for one tree and you make that the right tree, the bird doesn’t care where your property line is. It’s gonna look at the entire mosaic, your neighborhood, and say, ‘Do I have what I need here?’”

Mr. Tallamy noted that the Norway maple is a common landscape tree that has been in the trade for more than 100 years and is cheap. Alternatively, a homeowner can plant sugar maples or red maples, both native to Long Island and better hosts.

And then there is the Japanese maple. It’s certainly not a top producer, compared to native maples, Mr. Tallamy said, but it’s also not highly invasive, and it won’t destroy the ecosystem.

“There is room for compromise here,” he said, explaining that he recently completed a study showing that birds can reproduce successfully and sustainably if a habitat has at least 70 percent native biomass.

“If somebody really needs their crepe myrtle, or they really need one of these pretty ornamentals that are not invasive, you can do it,” he said. “It’s not going to destroy everything, as long as you have a lot of natives to balance it out.”

Mr. Tallamy plans to convey in his lecture that plants are more than decorations, and to give guests a new goal for their gardens.

He went on to say: “Along with land ownership comes the responsibility of stewarding the life on that land. That’s more true now than it ever has been. Because the earth is not getting bigger — but we own all of it. We manipulate all of it. We are essentially gardening the whole world.

“And if we garden in a way that kills everything … then you don’t have humans anymore.”

The Karish Program on Sunday, October 6, begins with tours of local gardens at 11 a.m. Doug Tallamy’s lecture starts at 2 p.m. at the Bridgehampton Community House, followed by a wine and cheese reception and a plant sale by Vicki Bustamante of Provenance Natives. The cost is $125, or $100 for HAH members. For tickets, call 631-537-2223 or visit hahgarden.org.