East End haunts are scarce but still there - 27 East

East End haunts are scarce but still there 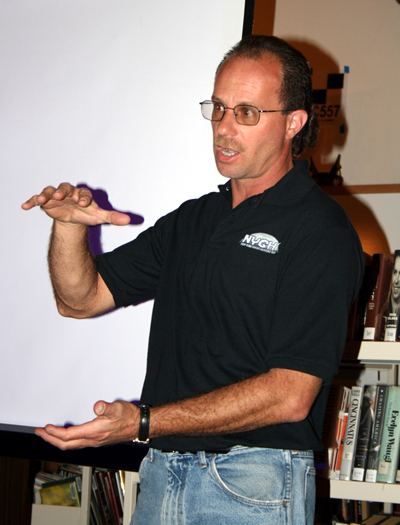 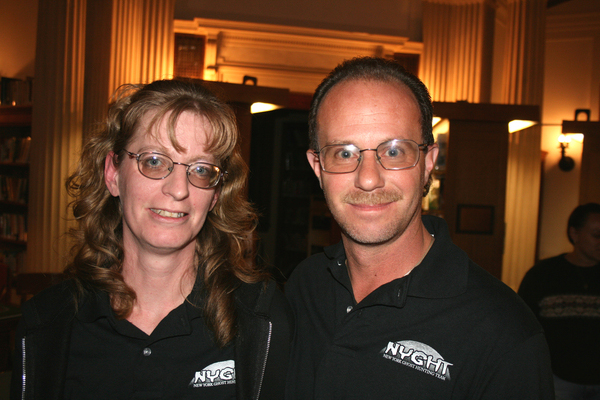 Dan and Joyce Martinez of NYGHT 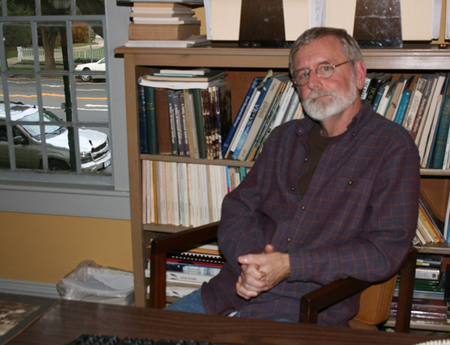 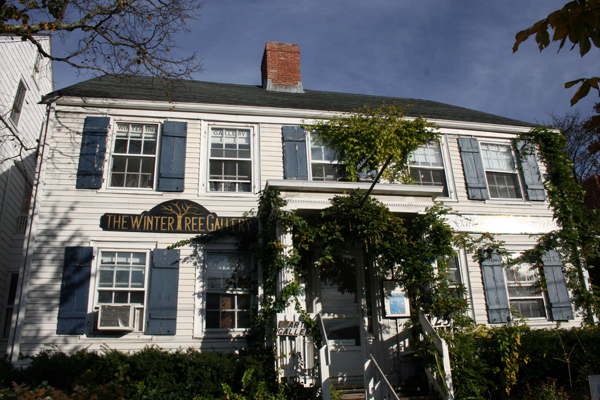 Ernest Schade experienced 20 years of paranormal phenomena at his building on 125 Main Street in Sag Harbor.

Each year, when the icy winds of autumn blow and the leaves wither and die, the East End is a changed place. A gray cast descends and summer’s greenery and brightness give way to gnarled branches and gunmetal-colored skies.

The region is home to more than three centuries of historic structures and spooky ambience, but at first glance, it appears nearly devoid of spirits. While similar communities celebrate their ghosts, the haunted Hamptons is a subject often discussed without specifics or only quietly among trusted friends.

“It’s here, it’s just that nobody wants to admit it,” Richard Barons, executive director of the East Hampton Historical Society acknowledged recently. He said it’s hard to believe that haunted places exist all over Long Island, but almost none of them are in Southampton or East Hampton, two of the most historic and venerable towns.

Mr. Barons said the unique local real estate market is his only explanation. “I never could figure out another reason for having so few spirits and so few stories about spirits,” he said. The historian said high property values and people’s desire to protect their assets is the root of the problem, but those costs also encourage short-term purchases as some climb the housing ladder and others flip properties for profit.

Stories of apparitions, shadow men and disembodied voices may add to the character of a home, but the creepy stories could also be a deal-breaker for more superstitious buyers. The more often a house is on the market, the less likely its spirits will be revealed, Mr. Barons explained.

John Viteritti, a real estate broker, consultant and teacher at Long Island University, reported that New York State has actually upheld one buyer’s right to know that their potential residence was haunted.

In the controversial 1991 case of Stambovsky v. Ackley in Nyack, the Appellate Division of the State Supreme Court ruled that homeowner Helen Ackley had to return a $32,500 down payment on an agreed upon $650,000 price to buyer Jeffrey Stambovsky because she had not revealed that her house was host to several poltergeists.

The opinion for the 3 to 2 decision noted that Ms. Ackley had promoted her home as haunted in the past and even related her ghost stories to a local newspaper and Reader’s Digest magazine. The majority explained that the doctrine of caveat emptor, “let the buyer beware,” did not come into play because Mr. Stambovsky could not find physical evidence of the spirits, nor would it be reasonable for him to inquire about them. The court ruled it was Ms. Ackley’s responsibility to disclose the information because it was solely in her possession and could affect the value of the home in a very real way.

That 1991 decision is the most current on the subject, but no one knows if all sellers are required to disclose their resident spirits, Mr. Viteritti said, adding, “That’s what makes it interesting.” He noted that Ms. Ackley had profited from her ghosts, which made her situation unique.

During his years as an active broker, Mr. Viteritti said he was made aware of several haunted properties in Southampton, but the houses were never an issue for brokers. If he did have a reputed haunted house, he said it would be a sensitive situation that would warrant discussion.

Though he was not aware of a specific haunting that has been kept quiet locally, Mr. Barons has worked with historical societies in similar old towns where he heard many more ghost stories. “I’ve just assumed there are houses that must have ghosts in them,” he said of East End residences. “The whole maritime thing and ghosts is so big. You’d expect every house in Sag Harbor is haunted.”

A mere handful of East End ghost stories are in the public eye, but local realtors and property owners confirm that many more remain hidden.

One Sag Harbor broker, who chose to remain anonymous, said she was showing a house in the village when an unseen force nearly pushed her down the stairs. Fortunately, the broker said she grabbed the banister and avoided catastrophe, but that experience was enough for her.

“I didn’t go back in that house for years,” she said.

She acknowledged that ghost stories are often suppressed on the South Fork. “People are afraid,” she said, explaining that brokers and sellers fear hurting their bottom line or they simply fear ridicule.

“We have many homes in Sag Harbor that have reported entities,” Ernest Schade, a former owner of a 200-year-old building and brokerage firm on Main Street said, noting that a range of paranormal phenomena occurred there over two decades. Among other things, Mr. Schade gathered reports of a floating black phantom, footsteps of unknown origin, uneasy feelings and a ghostly face peering out the window.

Mr. Schade said he believes that the ghost is a friendly and protective spirit that once compelled a tenant to return home just as a fire began to take hold. “I have every reason to feel it’s haunted,” he said of the building, which now houses the Rebecca Cooper and Winter Tree galleries.

Before selling the property in January, Mr. Schade said he shared all the stories with the new owner. “I’m very open and very candid,” he said, noting that the buyer wasn’t afraid.

Romany Kramoris, owner of the Kramoris Gallery on Main Street in Sag Harbor, said her building also has a ghost and she’s never tried to hide it. She explained that approximately 15 years ago, her tenant saw “a pale translucent figure” in the apartment above the store.

Ms. Kramoris said she also had an encounter while working late one evening. “Something changed in the atmosphere,” she said. “I didn’t feel alone.”

While Ms. Kramoris said she has been happy to share the store’s legend, she wouldn’t hide or advertise the ghost. “It’s not like a fourth bedroom or a spa room,” she said, noting that tenants can discover it for themselves.

Paranormal investigator and founder of the New York Ghost Hunting Team Dan Martinez said his group was asked to investigate a Bridgehampton business in 2007. He agreed to keep the name and location of the business confidential, but Mr. Martinez said the client had reported voices, apparitions, strange mists and objects moving around when no one was in the store.

“All the classic signs of a haunting,” he said.

Mr. Martinez reported that during their investigation, his wife, Joyce, felt a disembodied cat brush against her back, a door opened on its own and the team caught voices of unknown origin on their digital recorders.

In spite of the unsettling activity, he said the owner was more curious than scared and probably just wanted to validate her experiences.

Mr. Martinez said it’s no surprise in this economy that a person would want to protect the value of his or her house by not discussing ghosts, apparitions or other signs of haunting. He also noted that well-heeled East End residents might not embrace the paranormal the way people do in other places. In fact, in other towns, Mr. Martinez said he gets calls from people who want to believe they have ghosts, even though they typically don’t have them.

Noyac resident Dolores Zebrowski is indifferent about her home’s haunted reputation. The large Victorian farmhouse is currently on the market and she neither hides nor promotes the stories. “People tell me it’s haunted,” Ms. Zebrowski said. “I don’t care,” she added, explaining that it’s doubtful a ghost story could hurt or help her sell the house.

Five young men rented the house years ago and became convinced they were not alone, Ms. Zebrowski said, noting they probably just heard natural sounds of winter. “I wish I could come up with an interesting story, but I can’t,” she said.

Eventually, the East End’s hidden ghost stories may be passed down and brought to the forefront by a few passionate souls, but Mr. Barons isn’t completely optimistic.

Though other historic seaside communities, including Nantucket, Cape Cod and Martha’s Vineyard celebrate their paranormal activity and ghostly legends, most East Enders seem to remain indifferent, according to Mr. Barons. He explained that it might be because the Hamptons have become less of a destination for history buffs and too many residents would rather renovate a 200-year-old home than restore it. He added that times have changed and modern homeowners look more toward the future and less to the past. “It’s a different generation,” he said.