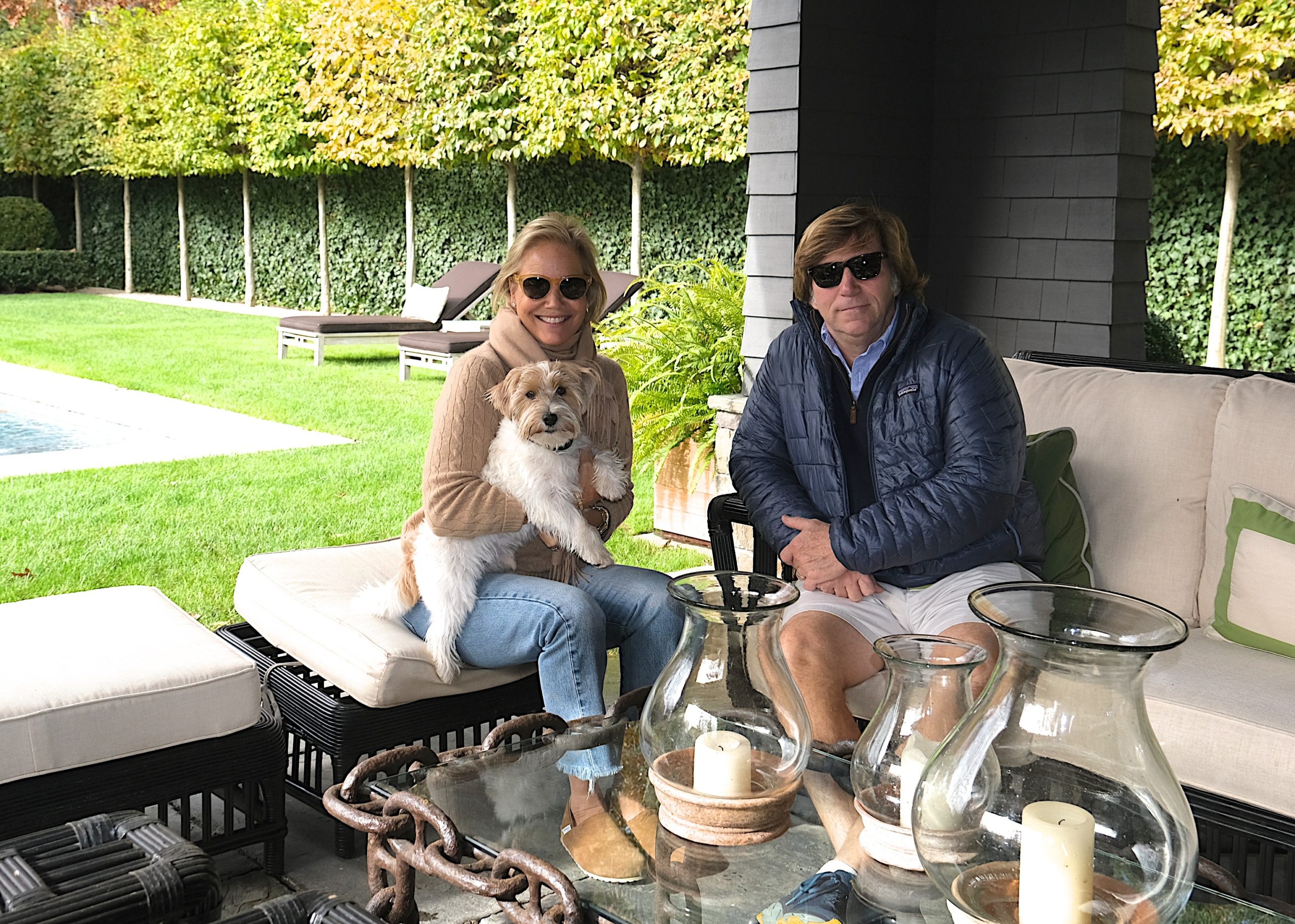 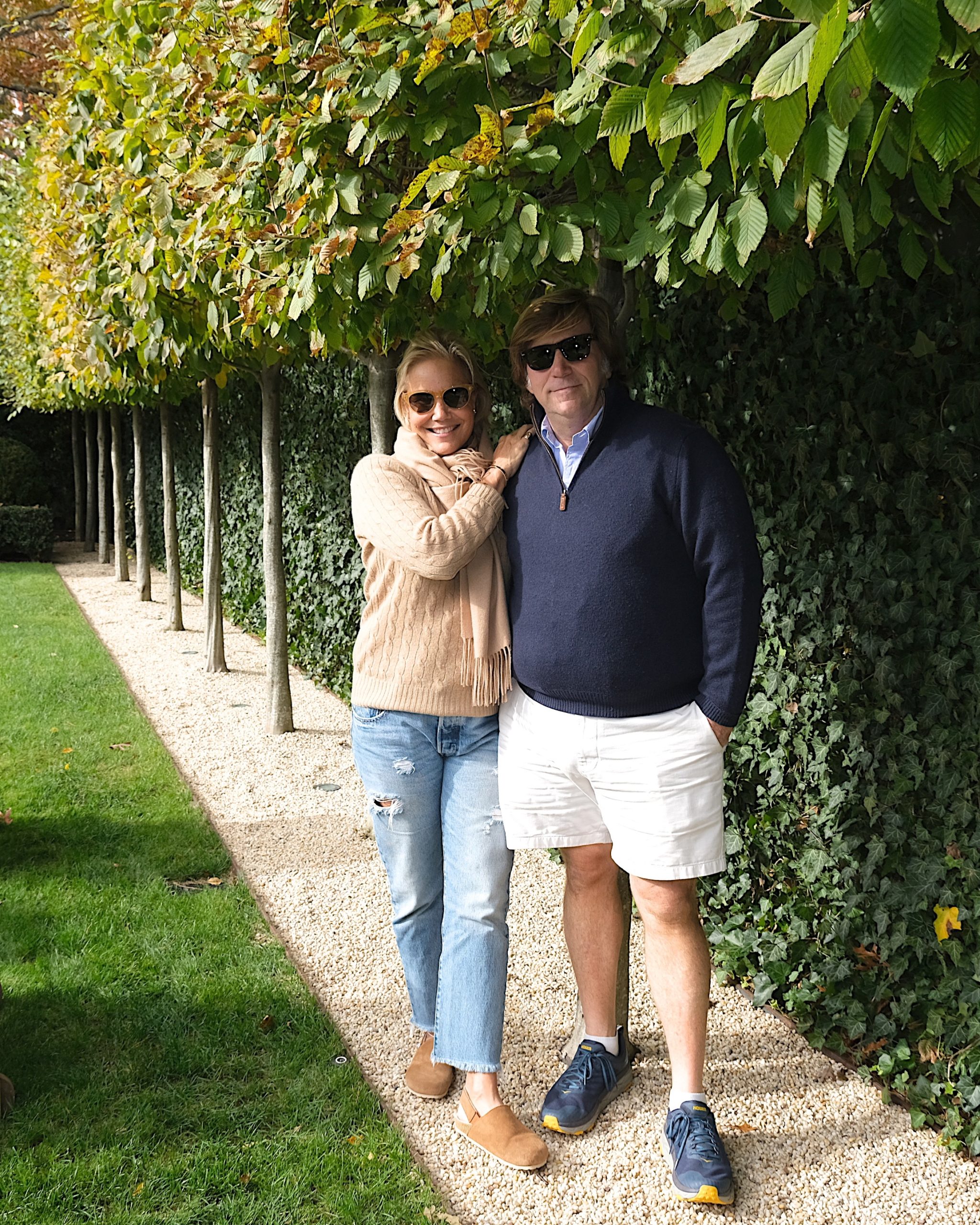 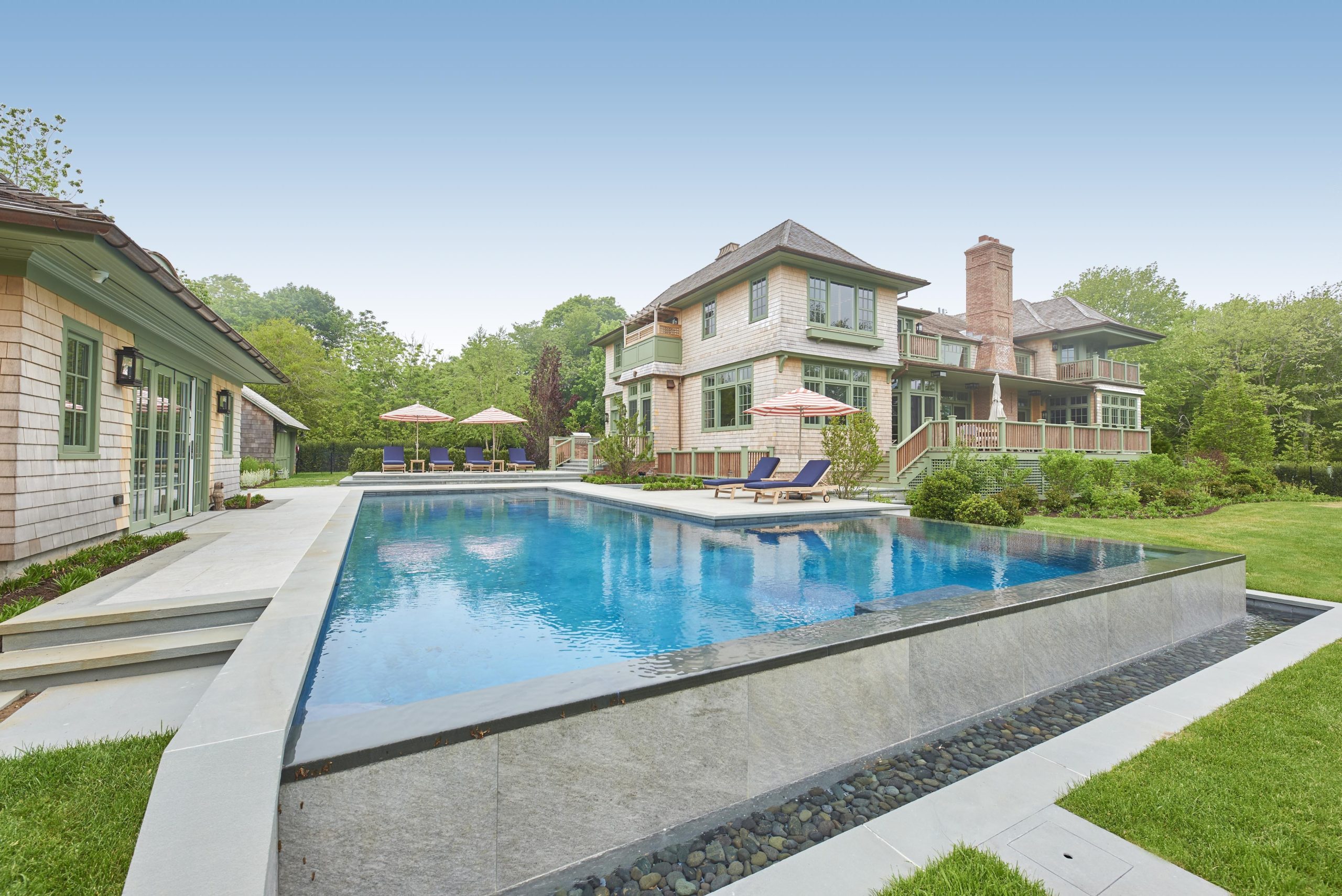 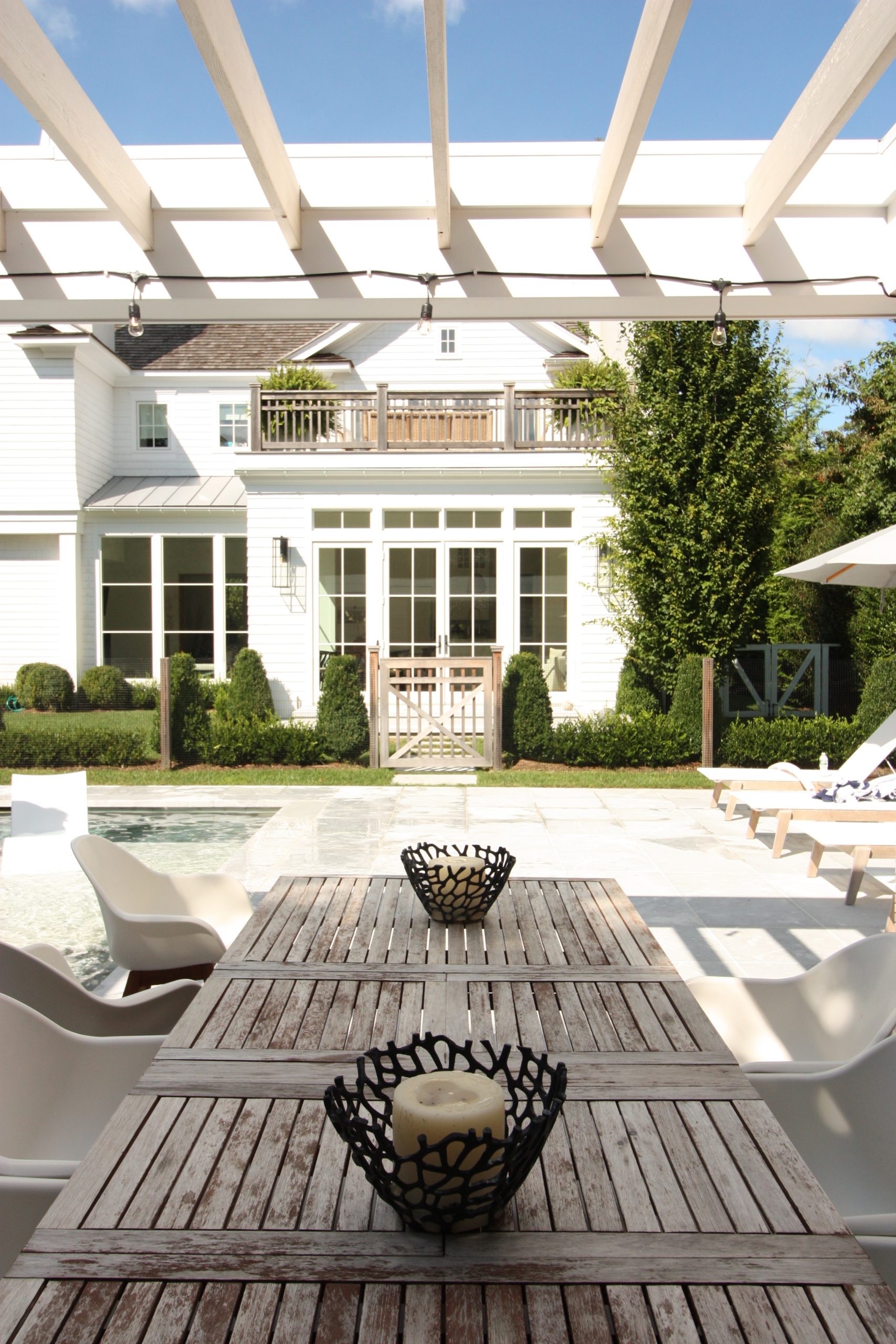 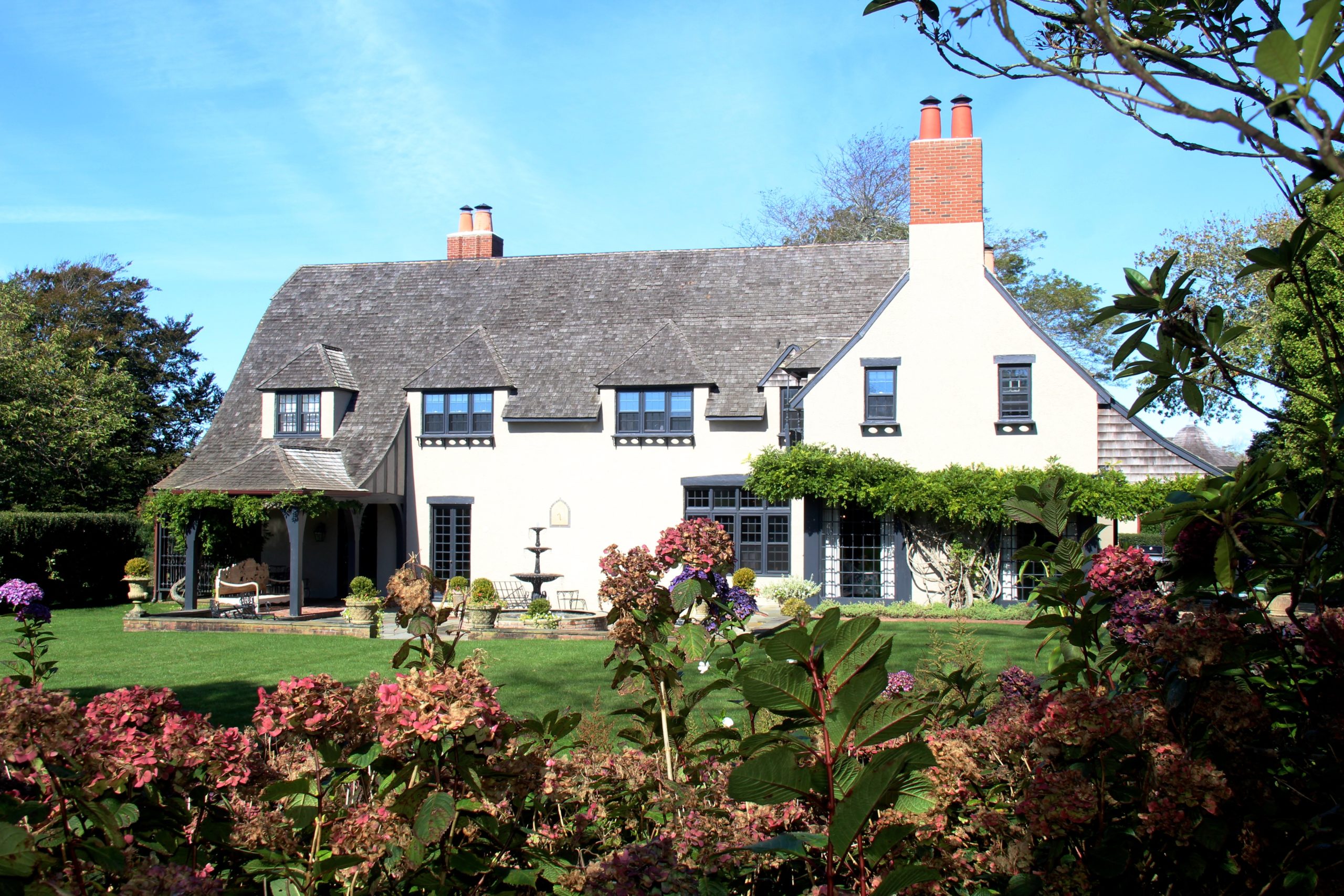 Dynamic works of architecture, from classic to modern, will be on display the Saturday after Thanksgiving when the East Hampton Historical Society hosts its annual East Hampton House & Garden Tour.

The tour will include five homes that differ in style and aesthetic, but will offer an inside look at some of the common elements synonymous with East End living.

For fans of history, the Egypt Lane Landmark home will likely be a favorite. The Tudor-style residence was built in 1917 by architects Henry M. Polhemus and Lewis A. Coffin Jr. and borders the venerated Maidstone Club on two sides. The home recently underwent a sensitive restoration that paid homage to the original design, while giving the more than 100-year-old home a fresh look.

Old and new converge in a shingle-style revival on Davids Lane that is also part of the tour. The new construction is stylistically similar to homes that were frequently built in the late 1800s and early 1900s, and it is described as a powerful example of the shingle-style revival that began in the 1960s as a reaction to modernism, featuring a wide range of shapes and rooflines, including a turret. It is nestled in a picturesque part of the village, near the Duck Pond and nature trail, on property that was once part of the Lorenzo E. Woodhouse estate.

Another home located in the village is described as a marriage of casual elegance and traditional design. It is a newly constructed residence steps away from Main Street in East Hampton, in the heart of the village. It is secluded but close enough to town that church bells can be heard on Sundays. The home’s design allows for an abundance of natural sunlight and employs an open-concept living space.

While several of the homes pay homage to bygone eras and classic architecture, modernism is also represented, with the Tolan House, an original Charles Gwathmey-designed residence built in 1970. Located in Amagansett, the home is just a quarter mile from the ocean on Bluff Road and has the classic hallmarks of modernist design, including expansive rectangular windows and clean lines.

It is an example of a legacy house that — while it was not torn down like many others of its stature — underwent several renovations that were not in keeping with the original design. It recently saw a sensitive restoration and renovation under the direction of Nick Martin of Martin Architects, who started his career under Gwathmey’s wing, and 4MA Builders. Marders Landscaping provided a landscape plan, another fitting collaboration considering Charlie Marder worked with Gwathmey on many of his original projects.

The summer beach house was designed with “an emphasis on open air living and an expression of the owner’s desire to live in the art of architecture,” according to Martin Architects. The renovation retains the original Gwathmey style but was updated to include elements of green building and design practices. A Russian Banya spa, infrared sauna, and cryogenic plunge pool are all new elements, as is a new breezeway, and new outdoor spaces.

“The overall result is an updated celebration of Gwathmey’s genius with new program and scope, which strive to highlight his masterful attention to detail and livability in residential architecture,” Martin said.

The tour will also include the Wireless Road home of Dwyer and Michael Derrig, a single-story residence with a muted, monochromatic exterior, superb craftsmanship, and top quality landscaping surrounding multiple outdoor living spaces, all combining to create a sanctuary-like retreat.

The couple spoke last week about their home, providing insight into their motivations for opening their home to the tour, and the process they went through when renovating it. Design is in their DNA — Dwyer Derrig is an interior designer responsible for the indoor aesthetic, while Michael Derrig is a landscape architect who has owned Landscape Details in East Hampton for 20 years. He is responsible for the design and overall look of the exterior, which includes a pool and several outdoor living spaces.

They have lived in a number of different homes in East Hampton over the years, and while this is the first time their current home will be featured on the tour, it is the third time that the Derrigs have participated in the tour. Helping raise money for the historical society is their primary motivation for being involved.

“The historical society in East Hampton is really important to us,” Michael said in an interview last week. “Without it, preservation and history would be lost, so this is a way for us to give back.”

Dwyer said she enjoys opening her home for the tour precisely because, as someone who has gone on the tour many times, she understands how much fun it can be.

“I’ve met so many wonderful people on the tour,” she said. “It’s fun, as somebody in the community, to be able to peek behind the hedges so to speak, and take a look at houses people might be interested in, or certain neighborhoods or builders they want to see. It’s also inspiring, to see how other people have decorated or done their landscaping.”

Constant reinvention and retooling is something Dwyer and Michael are familiar with. They’ve lived in seven different homes in the more than 20 years they’ve lived in the area, so tinkering with design elements is nothing new to them. They bought their current home three years ago and will mark their second year living in the home this Christmas.

The exterior features a dark, monochromatic look that has begun to crop up lately, but one of the most significant design features of the home is the open pavilion-style pool house, which has a fireplace and functions as a cozy outdoor living space. The Derrigs still had their pool open in mid-November and said they are happy to extend the season because of the presence of that outdoor space. At the opposite end of the pool they included an outdoor dining area with a canopy, another nod to the increased popularity of outdoor living spaces, something that was a trend before the pandemic started and has proven to have staying power thanks to the increased safety entertaining outdoors can provide in uncertain times.

The home sits on just a half acre of property, but the thoughtful landscape design gives the property the feeling of a sanctuary. It also includes a terrace off the main bedroom, with a hot tub, as well as an outdoor shower.

As far as the interior design, Dwyer describes it as “traditional but with a slight modern twist.” There are elements of the eclectic as well, with artifacts and other items collected over the years from various countries where the Derrigs have traveled.

While the residence is a single-story home, it also includes a lower level with a gym, sauna, media room, office, and an additional bedroom. (The main floor has four bedrooms).

For those with an interest in taking a peek inside an impressive and varied group of high-end East Hampton homes, and an interest in supporting the East Hampton Historical Society, the home tour is something to put on the Thanksgiving weekend calendar. Tickets for the opening night cocktail party on Friday, November 26, at the Maidstone Club are $200 each and include entry to the House and Garden Tour on Saturday, November 27. Tickets to the self-guided tour are $75 in advance and $85 on the day of the tour. Admission can be purchased at easthamptonhistory.org, over the phone by calling 631-324-6850, or by going to the Clinton Academy at 151 Main Street in East Hampton, which is open on Friday, November 26, from 10 a.m. to 4 p.m. and on Saturday, November 27, from 10 a.m. until 3 p.m.