Experts Explain How Toxin-Free Lawns Can Be Greener, Both Literally And Ecologically - 27 East 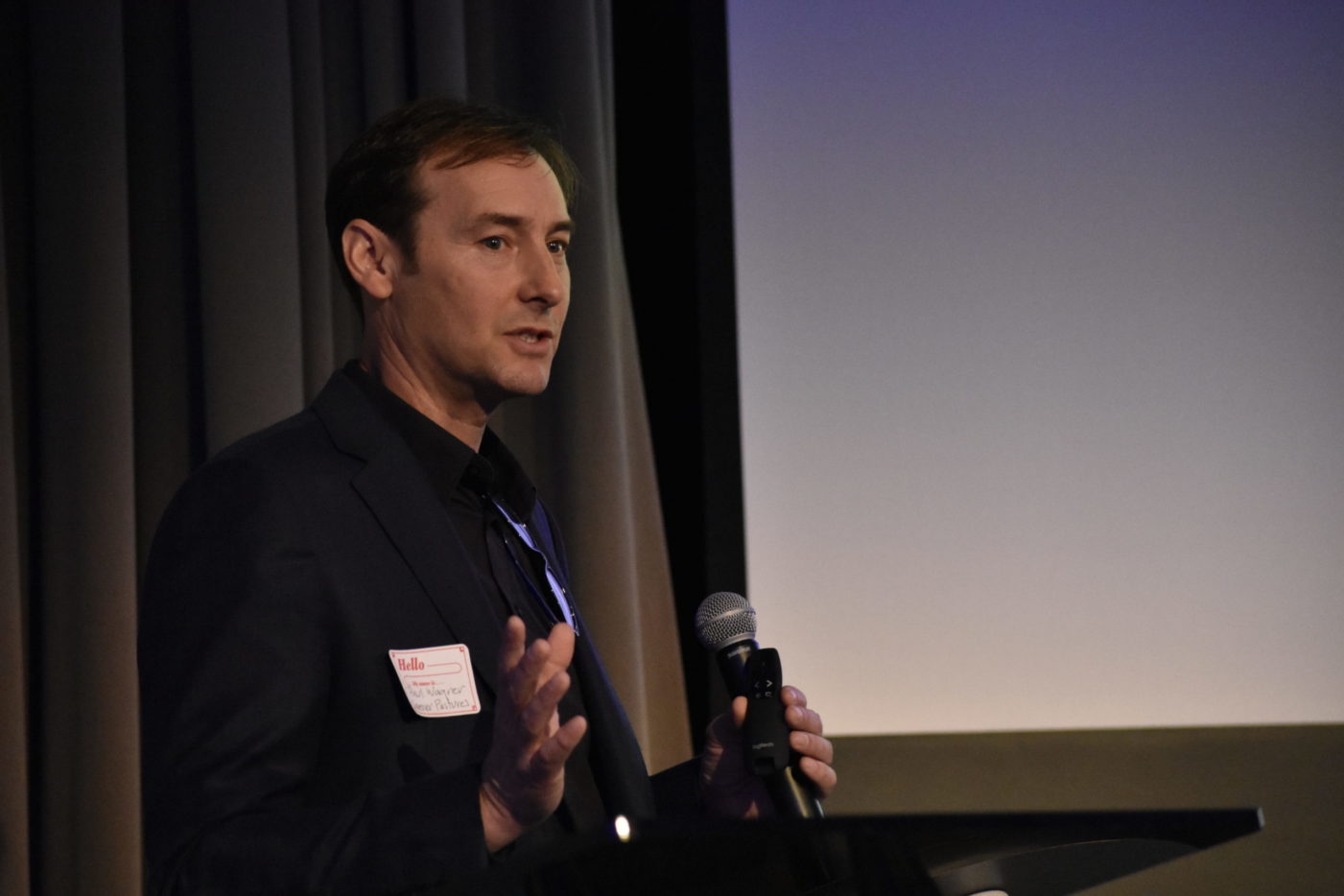 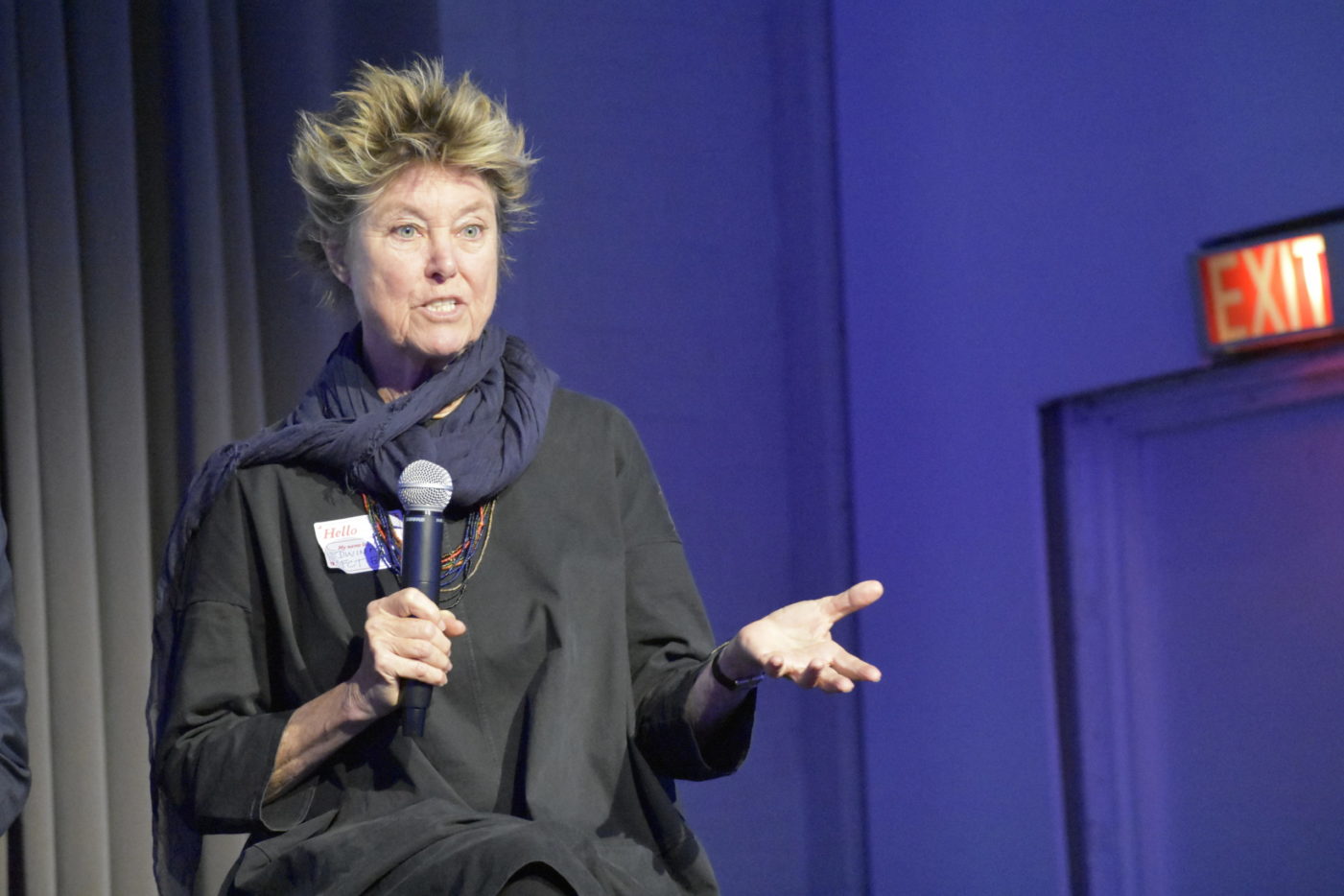 A green lawn can be achieved without the synthetic fertilizers and toxic pesticides associated with conventional landscaping practices.

That was the message of “Conventional to Organic: Transforming Landscapes to Preserve Our Water,” a seminar hosted by the Lake Agawam Conservancy on Friday, January 17, at the Southampton Arts Center for landscapers, property managers and homeowners.

Speakers detailed the ill effects of conventional fertilizer and pest control on groundwater and surface water, as well as on insects and birds, and explained how organic alternatives can be good for business while improving lawns and landscapes.

Lake Agawam Conservancy is a group of Southampton Village residents formed last year to address and, in time, reverse pollution in the 40-acre lake at the heart of the village. Stormwater runoff, which carries nitrogen and phosphorous from chemical fertilizers, is one of the chief culprits suspected in the ailing health of Lake Agawam, which within the past two years has had the densest toxic algae bloom ever recorded in a Long Island water body. Nitrogen and phosphorous fuel such algae blooms, which appear to have gotten only worse in Lake Agawam and elsewhere in recent years, even as awareness of environmental impacts has grown.

“In the last 25 years, water quality has gotten worse, not better, and the reason for that is that the influences that are impacting water quality exceed our best efforts to mitigate that,” said speaker Kevin McDonald of the nonprofit Nature Conservancy on Long Island.

Mr. McDonald said that anytime The Nature Conservancy approaches an industry about reducing its nitrogen contributions to water bodies — whether it’s golf, marinas, agriculture or landscaping — that industry asks, “Why are you picking on us?”

While septic systems are a large contributor to nutrients in water bodies, fertilizer is not de minimis, and its use is the quickest, easiest thing to change, Mr. McDonald said. He pointed out that rather than spending $25,000 to change out a septic system to stop 40 pounds of nitrogen from entering the water annually, it is much cheaper to just refrain from putting down four bags of synthetic fertilizer a year.

Paul Wagner of Greener Pastures Organics, an organic property care firm in Quogue, and Tony Piazza of Piazza Horticultural, a landscape and garden design firm in Southampton, presented “A Year in the Life of a Toxic-Free Landscape.”

Starting with the day after Labor Day, the unofficial start of fall on the South Fork, Mr. Wagner walked through the organic landscape management practices used over the course of a year, and the science behind them, while Mr. Piazza explained for the landscaping professionals in the audience how the switch from conventional to organic can benefit their businesses.

Rather than aerating soil in the fall, which can result in the release of carbon dioxide and the loss of organic matter, Mr. Wagner advised improving the soil structure by adding beneficial microbes and attracting earthworms. “Aeration is not needed when soil is well-structured,” he said.

“I spray living organisms to keep plants healthy, rather than spraying to kill these guys,” he said.

Soil structure builds when bacteria, which want to stick to their food sources, glue together sand, silt and clay, forming an aggregate, Mr. Wagner explained. Bacteria and fungi hold on to the nitrogen in organic fertilizer and compost, and so it does not run off into water bodies like Lake Agawam, he said. That’s unlike the soluble nitrogen in synthetic fertilizers, which will leach.

Mr. Wagner applies beneficial microorganisms using compost tea, which he “brews.” He said that 10 pounds of good compost — decomposed organic matter, such as leaves and grass clippings — added to a 100-gallon aerated compost tea brewer with water and molasses will yield the microbial equivalent of about 1,000 pounds of compost after 24 hours.

The finished tea is strained and poured into sprayers to be applied to lawns and foliage. The microbes improve the soil structure while changing the nutrients already in the soil into a plant-available form.

Mr. Piazza noted that, from a business standpoint, compost tea can be seen as a product swap for businesses, to replace a conventional lawn service.

Compost tea does have its skeptics, while others sing its praises.

Mr. Piazza said using compost tea is a more practical alternative to using straight compost, because adding compost year after year will raise the grade of a property, and the South Fork does not have the space to even meet the demand for making and distributing that much compost.

Mr. Wagner said if the organic matter level in the soil is already at 5 or 6 percent, there’s really no need to add more organic matter. The nutrients are in the soil already, and the microorganisms in compost tea will make them available to the plants

“Compost tea” sounds “hokey” and “a little witchcrafty,” Mr. Wagner said — which is why his friend T. Fliesher, a national leader in sustainable horticulture, suggested instead calling it “liquid biological amendment,” which has proven to be more marketable.

“One of the things that we’re trying to do is something called ‘closing the loop,’ where nothing comes in and nothing goes off a property,” Mr. Piazza said. “So every leaf, every grass blade stays on the property somehow, either in a compost pile or just mowing practices.”

Another simple change they suggest is raising mower heights to 3.5 inches, about the height of a credit card. “Higher mowing height will shade the soil surface, and it will slow down or it will halt the crabgrass germination,” Mr. Wagner said.

Meanwhile, he said, chemical crabgrass control kills beneficial microbes. “It’s meant to be persistent and last a long time, so it’s going to kill microbes for a really long time,” he said. “You’re going to be really destroying your soil quality as you put this down.”

“You can start to really cut back if you know what kind of contributions are being made by the life in your soil,” he said.

Speaker Edwina von Gal, a landscape designer based in East Hampton and founder of the nonprofit Perfect Earth Project, called on pesticide applicators to move away from chemical pesticides that are contributing to a decline in the bird population — a 29 percent decline since 1970 in North America, according to Science magazine — and having adverse effects on human health. Some pesticides may cause erectile dysfunction, she said, adding that ears usually perk up on golf courses when she shares that information.

Botanist Pat Nadosy, who organized the seminar along with her daughter Meghan Nadosy Magyar, urged homeowners who live on Lake Agawam to plant a buffer between their lawns and the water. Native buffer plants will detoxify water on its way into the lake, she said.

“What gives us the heebie-jeebies is when we see the beautiful, sweeping green lawn coming down to the lake,” Ms. Nadosy said. “Because what we see … is that nitrogen fertilizer just sweeping right with the rain and the irrigation into the lake. And that’s not a good feeling.”