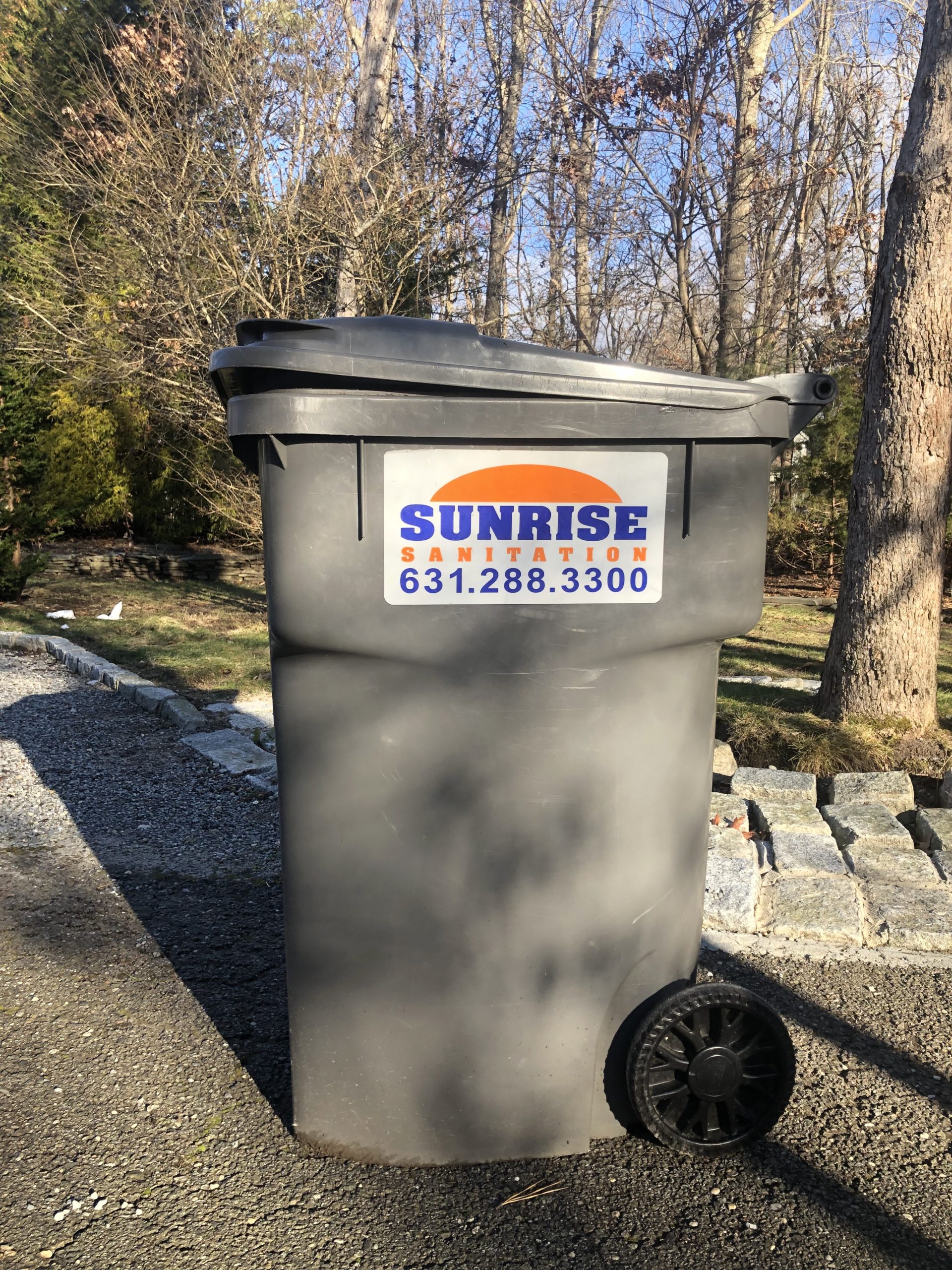 Westhampton-based Sunrise Sanitation is one of several private companies in the area that offers both curbside and back door garbage pickup on a weekly basis. 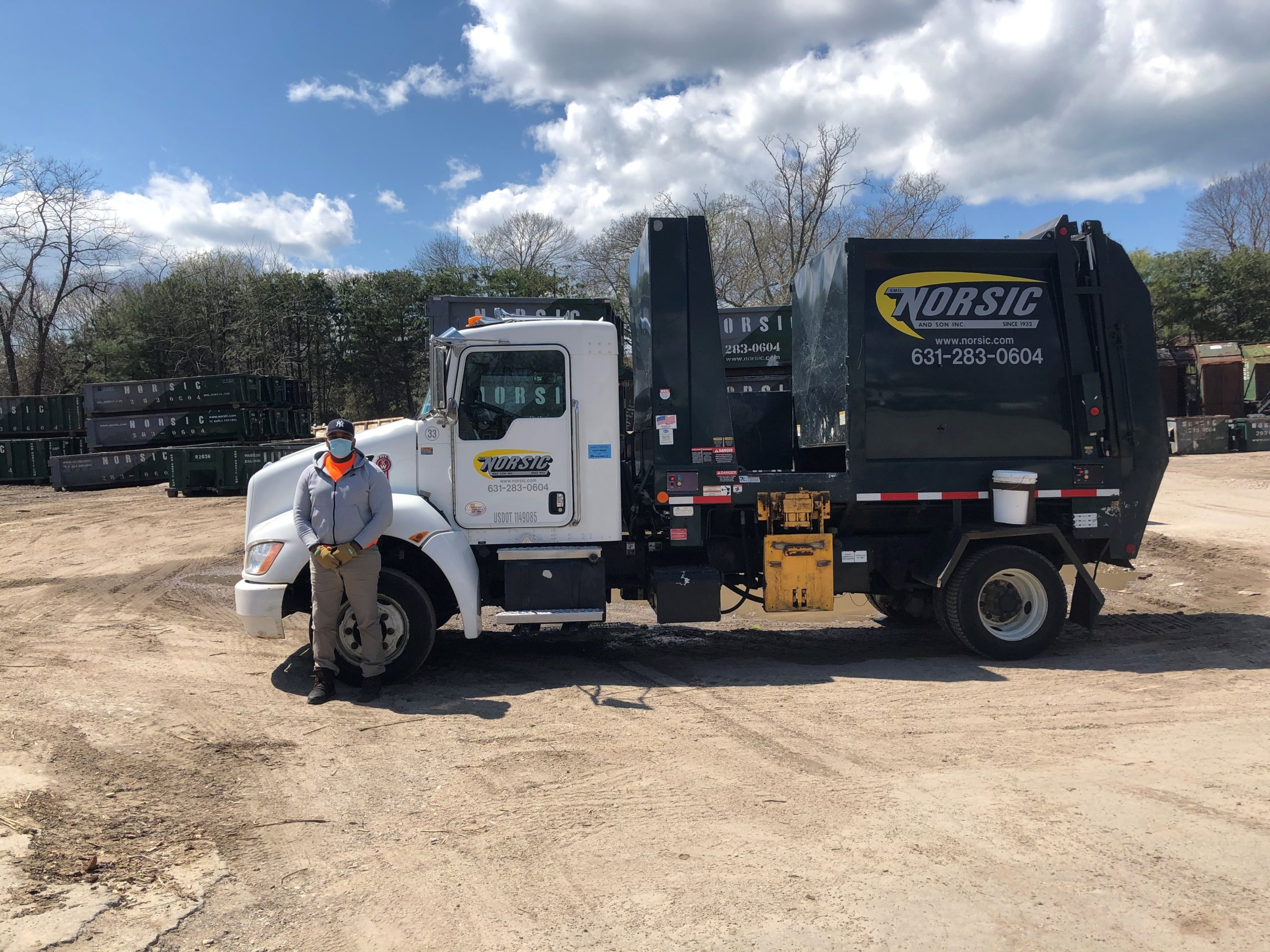 It’s a tough job, but somebody’s gotta do it.

Picking up the trash is a fact of life, and for East End residents, there is plenty of choice involved when it comes to who will do that job. While many other towns and cities across Long Island and the rest of the country offer municipal pickup, in Southampton and East Hampton Town, and on the North Fork, residents must choose from a long list of privately owned companies that offer trash pickup and recycling services.

Many of the services they offer are the same, but there are a few variations, both in terms of prices and their various offerings for customers. Parsing through the options can be a laborious process, and every customer’s needs are different. The following is a breakdown of the different companies in the area, the geographic locations they serve, their price points (when the companies were willing to provide them), and the terms of signing up for service.

Go Green Sanitation, based in Riverhead, offers residential and commercial carting services for the entire North Fork, the South Fork (as far west as Remsenburg and as far east as East Hampton Town, excluding Montauk). For customers on the North Fork and west of the Shinnecock Canal, they charge $29.99 monthly for curbside pickup of one 96-gallon pail (which is the standard size), and $39 monthly for backdoor pickup. For those further east, the cost for those services is $39 and $49 monthly. Go Green charges $10 extra monthly for every additional pail.

Unlike some other carters, Go Green requires customers to commit to a minimum of a one-year contract. They do not offer seasonal pickup or allow customers to stop or suspend services for several months.

“It’s one of the first things we mention to customers,” said office manager Erin Haney. She said that customers who are looking to cancel their service before the year is up could be subject to a cancellation fee, but she said the company typically tries to work with customers to come to an arrangement that will be satisfactory, and added that the company has charged, at most, a $50 fee for canceling early only a handful of times.

She explained why the company does not cater to part-time clients by offering seasonal service, saying that the employees they have would be unable to handle the uptick in pick-ups, and the company does not want to hire seasonal workers only to have to let them go during the slower months.

As far as recycling, Go Green does what most other carting companies do, asking customers to place their recyclable items in the same pail as the regular waste, but unlike other companies, Go Green asks customers to place recyclables in separate bags (but does not require the different kinds of recyclables to be bagged separately). Go Green’s waste goes to Peconic Recycling, a relatively newer waste management facility located on the North Fork, with some of the more sophisticated sorting equipment for recyclables in Suffolk County.

As far as other fees and terms of service, Go Green does reserve the right to tack on additional charges if customers pile extra bags of garbage on top of or surrounding the pail for pickup, and also requires any customers asking for an extra pail to commit to that extra pail for the full year as well.

Like other companies, Go Green offers bulk pickup of large items for an additional charge. Homeowners or customers who might require the help of a cleanup crew can hire Go Green workers to help with certain jobs as well.

Southampton-based Emil Norsic and Son has been in business for nearly 100 years, and prides itself on being one of the only “truly local” carting companies in the area that hasn’t been consolidated into another larger company. Norsic offers residential and commercial pickup, and gives customers the choice to sign up for a yearly contract or pay month by month.

At Norsic, customers who commit to service for at least eight months out of the year can pay the year-round rate, and still suspend their service for up to four months in the winter season. Customers who sign up for a yearly contract and then break that contract will still be subject to charges. Norsic also offers both curbside and back-door services.

Unlike the rest of the area carting companies, Norsic still does separate recycling pickup, rather than asking customers to throw their recyclables in the regular garbage pail. It is, for the most part, a co-mingled recycling route (the recyclables are then sorted at the facility), but Norsic does a separate route for paper and cardboard. There is no extra charge for the recycling, but it must be brought to the curb.

Dawn Schlegel of Norsic said the company is happy to provide all its prices for customers who call to request them, but the price comparison game can be difficult to quantify sometimes because the way other companies charge for services or list their prices can sometimes be misleading, she said.

“For instance, some companies give rates, but they aren’t a monthly rate,” she explained. “They bill 13 periods, so they will look cheaper, but that isn’t the case when we charge 12 months for a calendar year and they charge 13.” She added that’s a common issue when it comes to portable toilet service, in particular.

Sunrise Sanitation is the relative newcomer on the scene, but in the last 15-plus years, the company’s gray pails with orange lettering have become more ubiquitous across the East End. Shawn Mundinger, who has owned the Quogue-based business for the 19 years it has existed — and was the owner of the now defunct East End Sanitation before that — serves customers both east and west of the Shinnecock Canal, and is one of the only local carting companies aside from Montauk-based Mickey’s Carting that offers service in Montauk. (Sunrise Sanitation also has a yard in East Hampton, in addition to its Quogue base).

For the aforementioned rates, customers must commit to a year-round contract, but Sunrise also offers seasonal pickup at a higher rate, charging customers $25 per week, and allowing them to stop and start that service at any time. Mundinger said the company will charge customers who break the contract, but said it has not often been an issue.

“Each year, we get a few people who sign up in May for year ’round service and then cancel after Labor Day, and if you do that, we will charge your card for the difference,” he said. “But we tell people that up front. It rarely happens.”

Mundinger explained the reason for charging a much higher rate for seasonal customers, saying the uptick in service means he needs to purchase more trucks and have more workers on hand to provide that service.

Sunrise will not charge customers an extra fee if they have certain weeks or months when they might be producing more garbage than usual, unless it becomes a pattern.

“It averages out over time,” he said. “The week after Christmas, everyone has double what they usually have, but in January or February, they don’t produce as much.”

Sunrise charges an extra $20 monthly for customers who request an extra pail.

Consolidation in recent years has put several well-known carting companies in the same family. Water Mill-based S&P Sanitation, Sag Harbor-based Suburban Sanitation, Mattituck Environmental Services, and Maggio’s are now under the same umbrella, and serve the entire North Fork, South Fork, and Shelter Island. They offer many of the other services the local carters provide, and, like Go Green, the garbage they collect goes to the Peconic Recycling Center. They do not require residential customers to commit to year-round contracts. (Detailed pricing was not available).

Winters Brothers is one of the largest waste management companies on Long Island, and has a Quogue-based East End operation, offering many of the same services as the rest of the carting companies.

Mickey’s Carting has been in business since the 1980s and is the go-to choice for many customers living further east. Mickey’s offers services for all of East Hampton Town, providing both curbside and back door services, for both year round and seasonal residents, and also offers other services, including the ability to hire a clean-up crew.