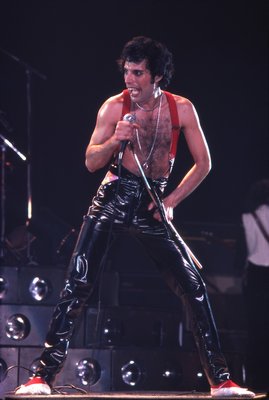 You know how sometimes the universe has to repeatedly hit you over the head with a valuable life lesson until you finally get it? I think maybe I finally got it.

Back in graduate school, Dr. Corbin Carnell, a deeply kind human being as well as a brilliant teacher, noticed that I never spoke up in his class. I mean never. It was way too intimidating. One requirement of the class was an oral presentation. It counted for a full letter grade. Since I had an A in the class, I decided to pass on doing the presentation and take the B. Professor Carnell called me into his office and told me something I wish I had believed way back then. “Those other kids don’t know any more than you do,” he said. “They just know how to fake it better.”

Those words have stayed with me for decades, but I don’t think I ever really believed them. I’m always inclined to defer to “experts,” or people who believe themselves to be experts, because they surely know more than I do, right?

This strategy presents a problem when it comes to beekeeping. There’s a standing joke that if you ask 10 beekeepers for advice, you’ll get 11 different responses. Twelve on a good day. The really tricky thing is that every one of those responses is probably right—for some hives, some of the time.

We beekeepers have a lot invested in our bees, both financially and—for those of us with unreasonable insect attachment issues—emotionally. We work hard to keep our bees buzzing happily along, doing their thing and making that honey. We ask each other for advice, we read “Beekeeping for Dummies,” we go to seminars and sit at the feet of “experts,” soaking up their hard-won wisdom.

But bees are good at casually tossing a monkey wrench into the well-ordered world of shalts and shalt nots. Bees do not read. They do not care what the books say. They act and react based on a thousand different stimuli, some of which we are only beginning to guess at. Like us, they’re living in a world of constant change and doing their best to adapt.

My partners in beekeeping and I have taken the expert advice to heart. We’ve weighed the pros and cons of treating our hives to control mites. We’ve been careful never to take honey the girls might need to make it through the winter, and we—especially me, I’m afraid—have never done anything with the hives without checking with at least a couple of expert sources first. And therein lies the problem. When you’ve got good solid advice recommending three opposing courses of action, which do you take?

For me, the fear of doing the wrong thing sometimes propels me into doing nothing, or worse, into doing something that might be absolutely right, just not for my bees right now.

As you know if you’ve been reading this column for a while, our results have not been glorious. We have waged a D-Day-scale battle with small hive beetles (and lost), had colonies abscond, captured swarms only to see them fly off again. The Buckfast queen I had shipped from Indiana this spring was thrown out straightaway by my girls, who chose to make their own queen instead. In three years of beekeeping, we’ve harvested fewer than two gallons of honey. It’s been frustrating, to greatly understate things.

But I think I’m learning, finally, that, when it comes to my bees, most of the other kids don’t know any more than I do. This isn’t to discount the enormous value of real expert advice, but to appreciate the value of learning to trust myself—and my bees.

It’s been about six weeks since the Buckfast queen vanished and the girls in that hive started growing a queen more to their liking. While their impertinence annoyed me, I’m glad I didn’t rush in with another new queen. Turns out they knew what they were doing.

On May 14, the hive had a couple of capped queen cells. Hives will usually have a couple of open queen cups in various stages of construction, just in case the queen meets an untimely demise, or, you know, they toss out a perfectly fine queen just to be difficult and then have to make a new one. The fact that these were capped told me the new queen was in the works.

On May 27, I spotted her highness—long, slender, less stripey than the minions, and stone bald where the workers have fuzzy heads Once a queen hatches from her cell, she spends a few days in the hive maturing, then takes the next sunny day to go off on a mating flight. She might do that for a few days, until she’s mated with enough drones to keep her laying a thousand or more fertile eggs a day for the next few years. Not knowing exactly when this queen hatched, I didn’t know if she was already mated or not. No sign of brood, so I closed the hive and gave her some time to get going.

Less than three weeks later, I took another peek and found my new queen had filled seven frames, floor to ceiling, with brood. There may have been an audible “Booya!” and a teensy bit of fist-pumping.

My other two hives are also happy and healthy. I decided to split the hive that had made it through the winter, taking my workhorse queen and a small contingent of worker bees and brood to start a new colony. For once, I didn’t ask 45 people if I should split them. I trusted my judgment, decided that the hive was at a high risk of swarming because the queen was doing such a good job and the population was thriving. By taking the queen and a couple of thousand minions, I essentially fooled the hive into thinking it had already swarmed. So far, so good. The old queen is happily ensconced in a new hive, and the big hive has made a new queen who is following in mom’s footsteps as a champion layer.

And despite losing four frames of bees and brood this spring to support two new hives, my main hive has already filled two deep boxes with honey and is starting on the first honey in two years that will be ours. It’s been a hard lesson, learned slowly over many years, but the rewards promise to be sweet.