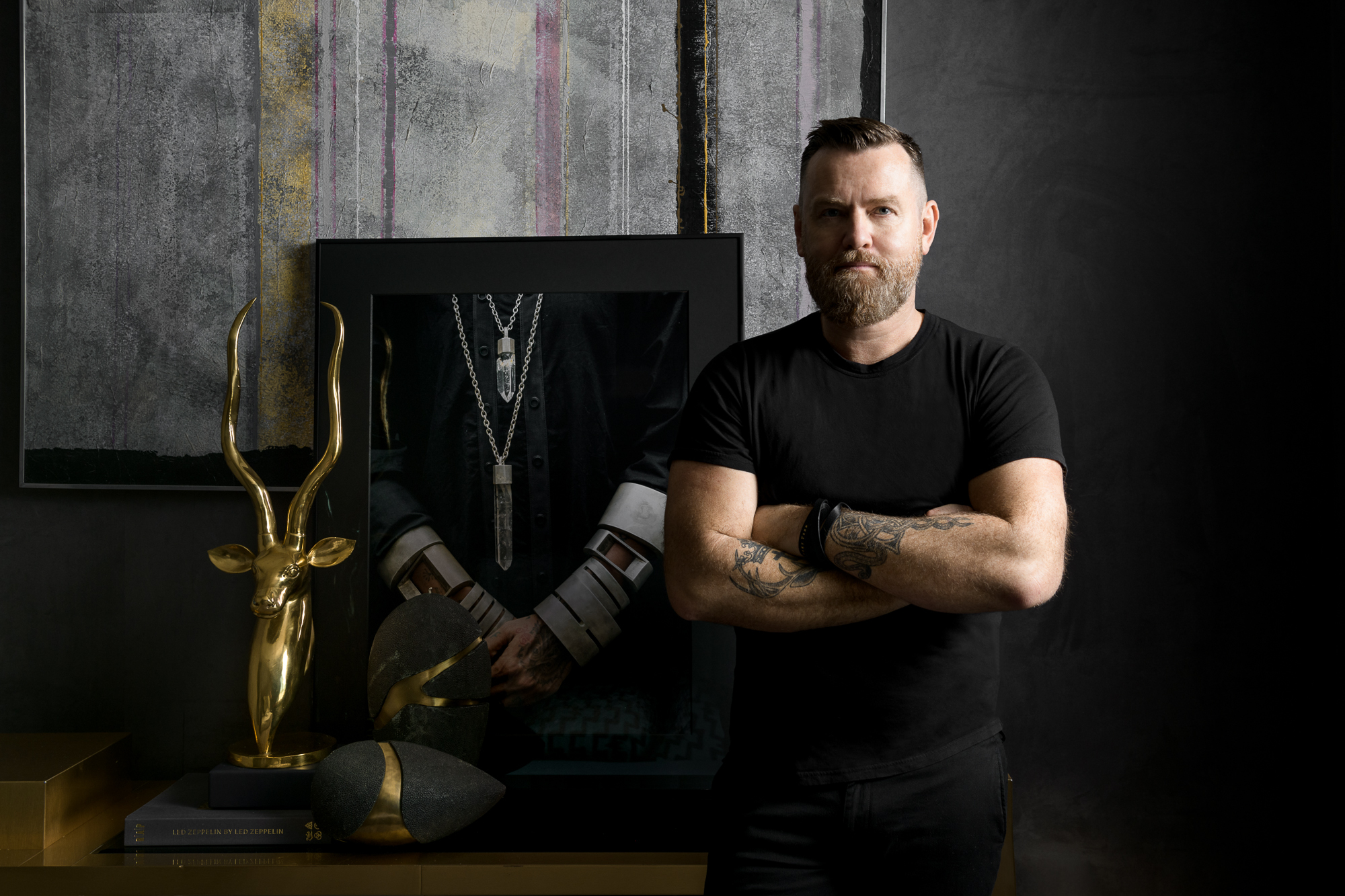 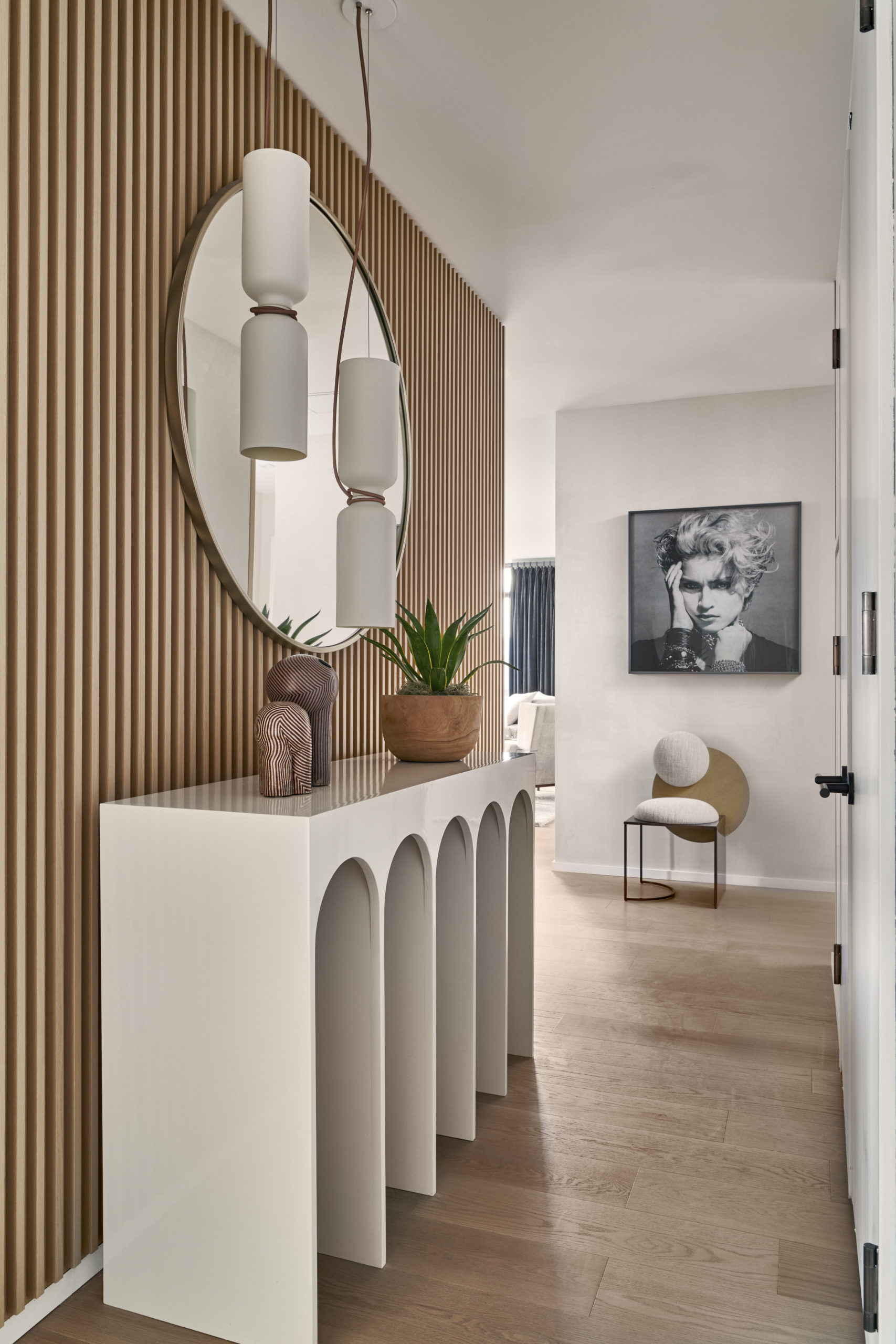 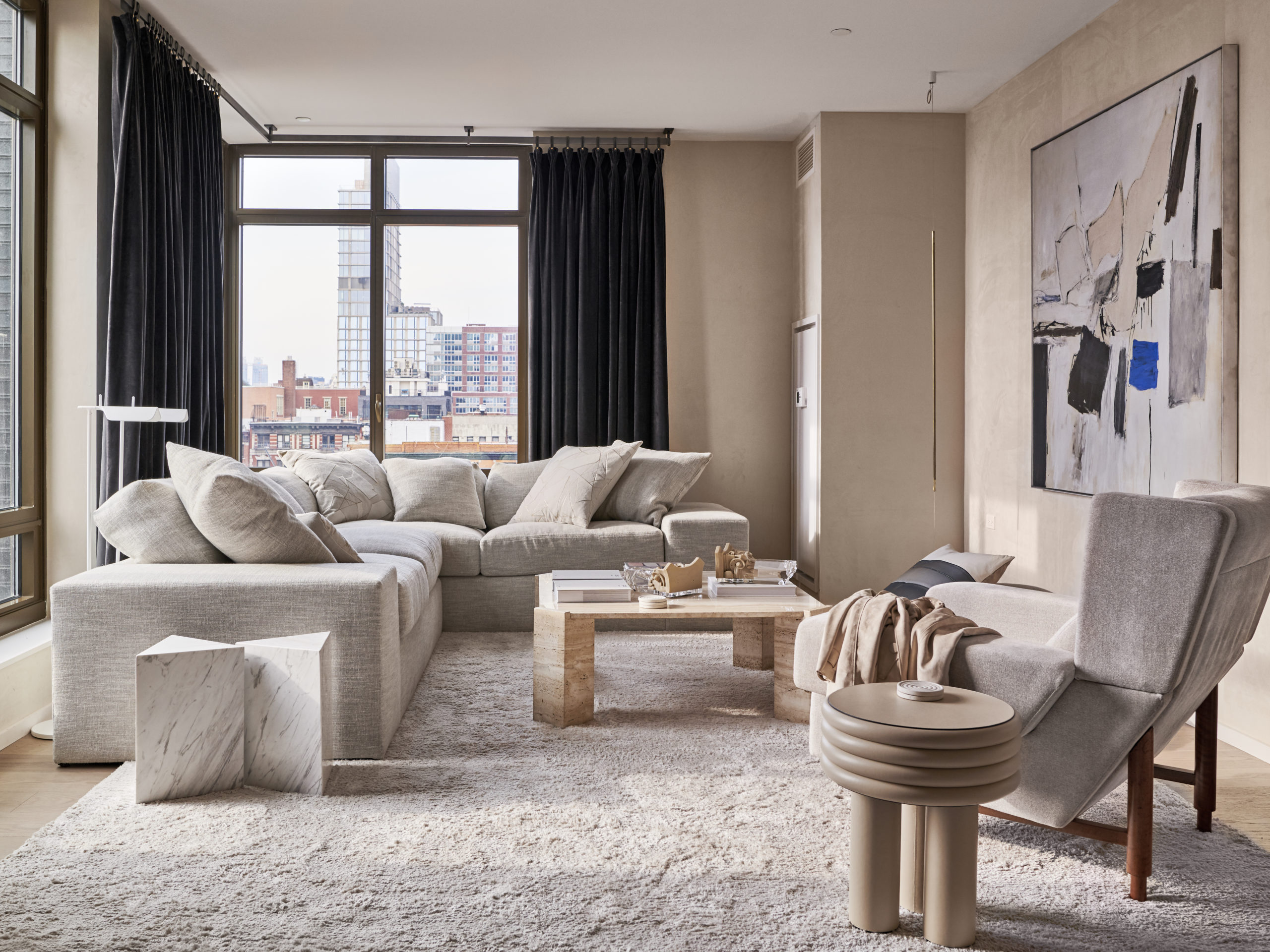 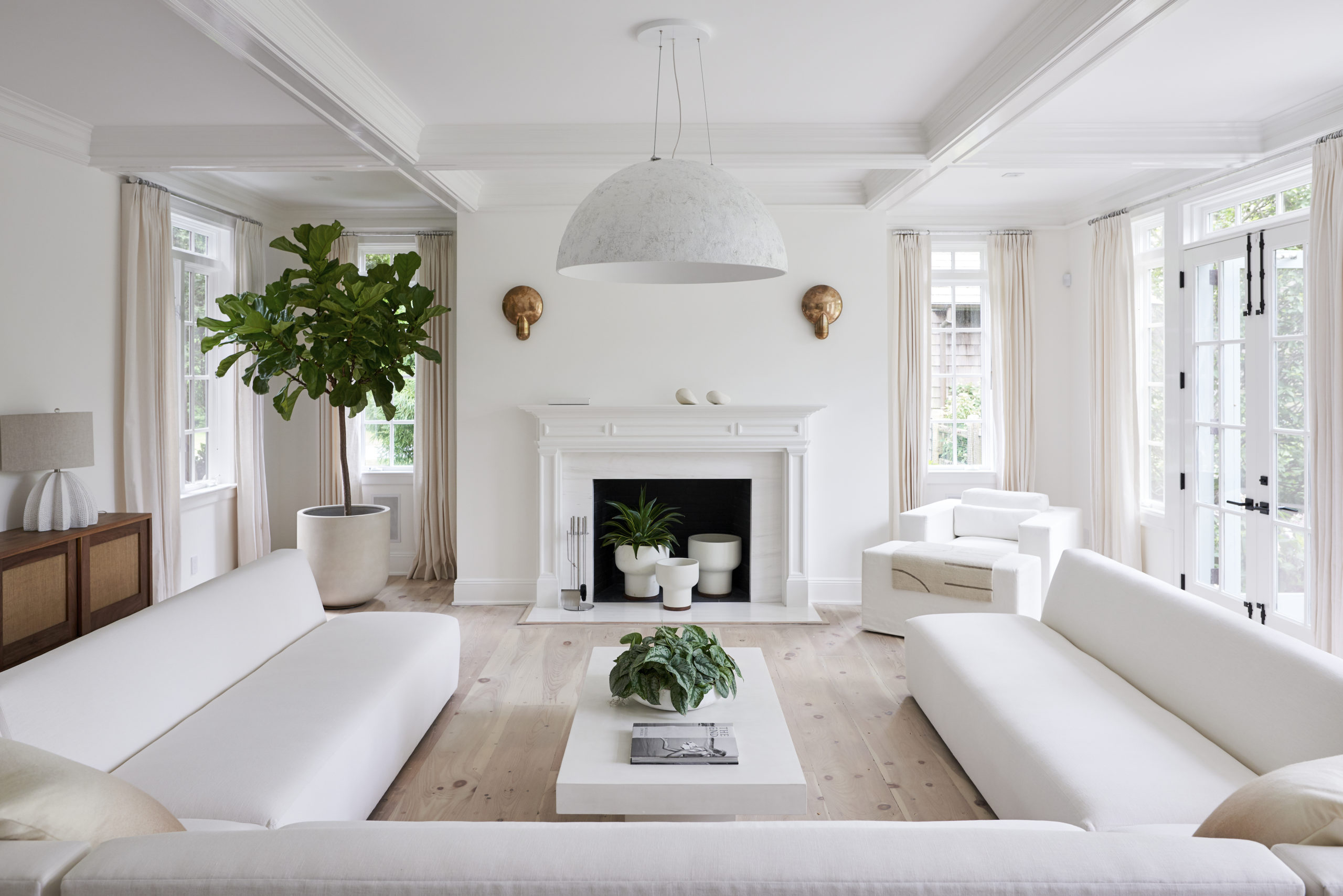 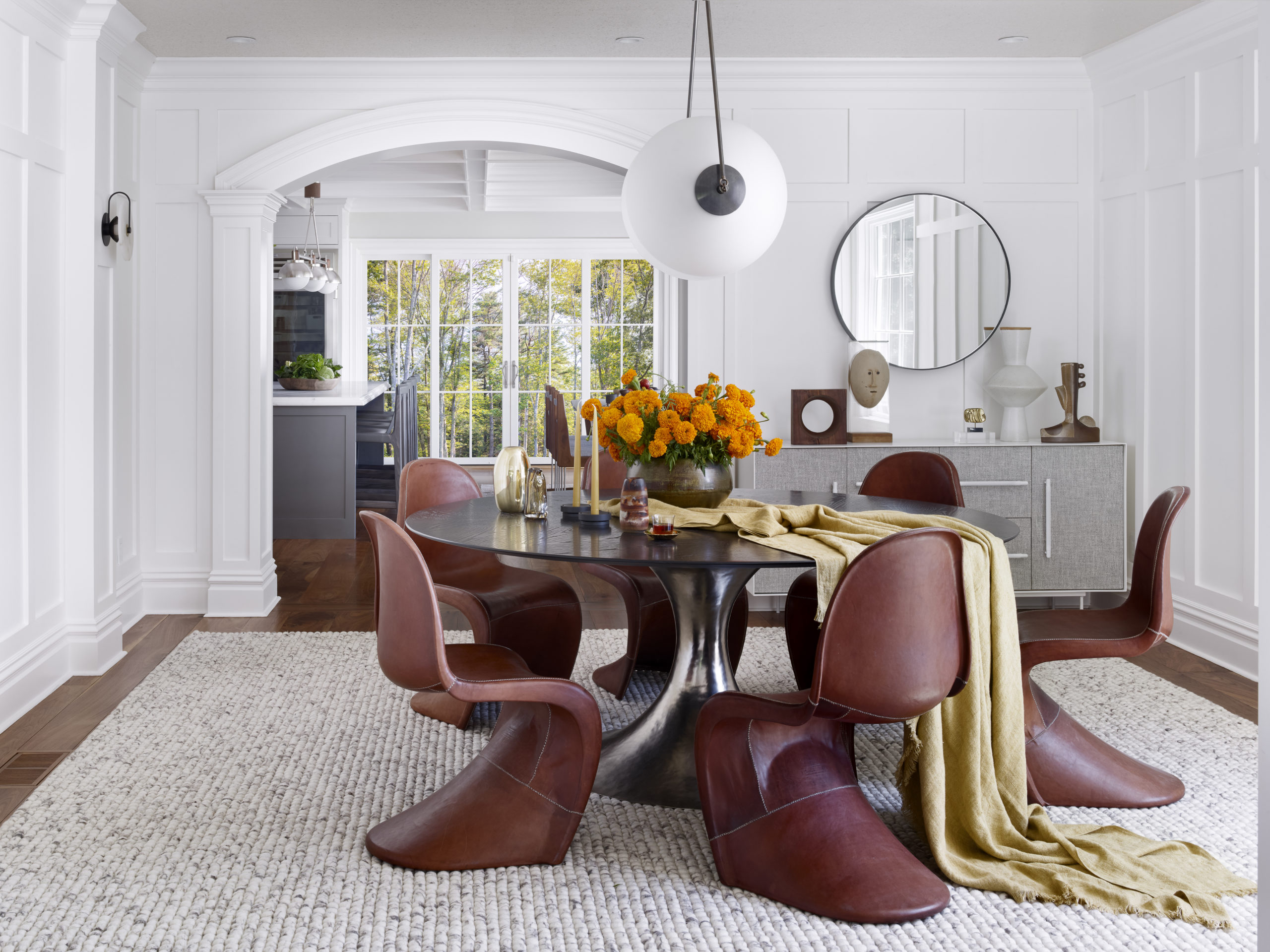 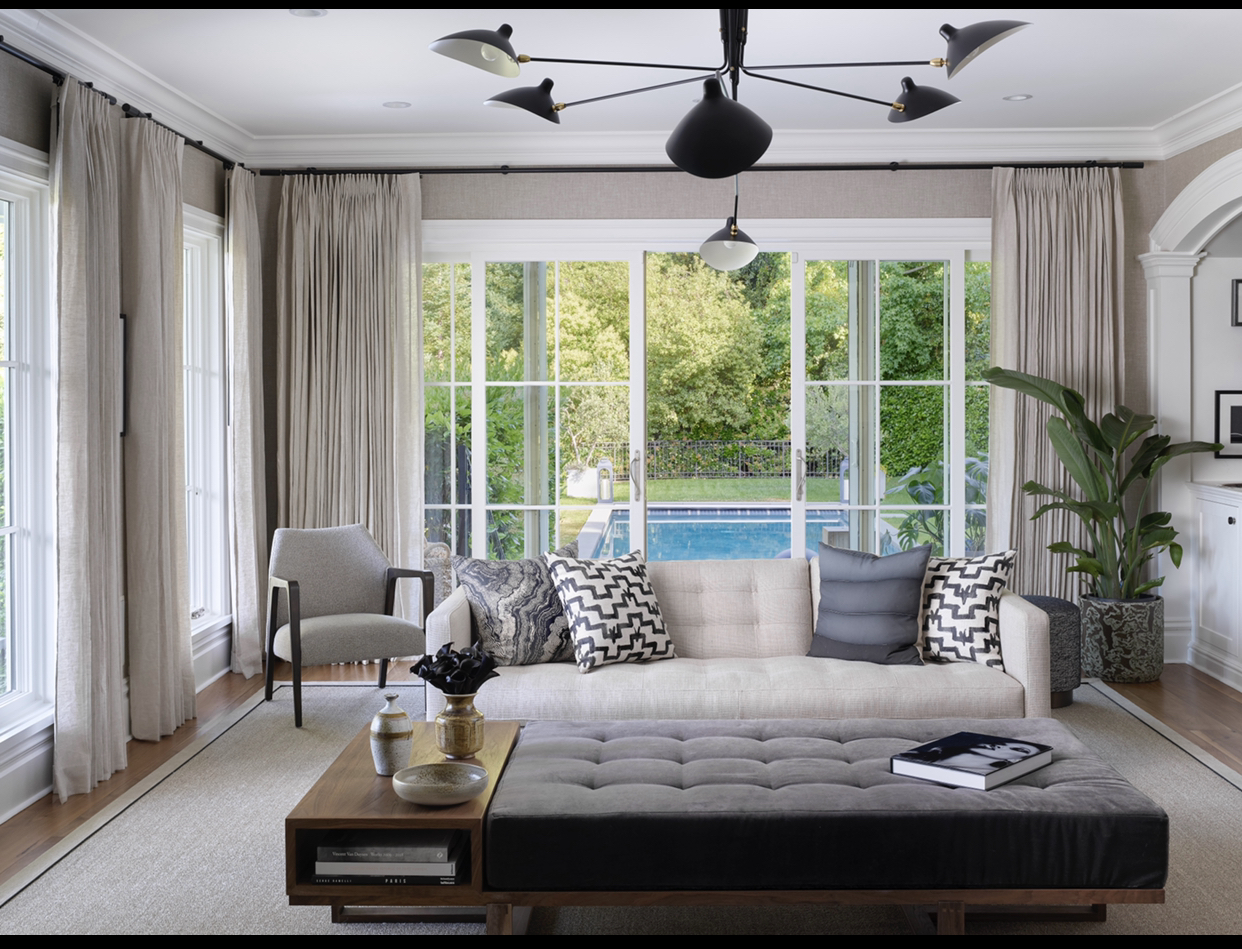 It wasn’t until 2015 that interior designer Timothy Godbold designed a whole house himself, but in just a few years he has grown his business from Sag Harbor to both U.S. coasts and, now, the Bahamas.

For his work, Mr. Godbold was recently named to The 1stdibs 50, a list and book featuring 50 talented designers from around the world. The list is put out annually by the online marketplace 1stdibs, where dealers sell furniture, art and more to collectors and interior designers. Mr. Godbold was the only designer based on the East End to make the 2019 list.

The 51-year-old had a career in fashion, including working for Ralph Lauren, before switching tracks. After growing up in Australia, Mr. Godbold moved in 1989 to London, where he sold designer clothing on the shop floor, he said during a phone interview last week. He moved into merchandising and then on to designing women’s and black label clothing.

“That was the big imprint on my aesthetic and, honestly, on how I work,” he said of his 15 years with the company. “People work really hard at Ralph Lauren, and we’re always taught about quality and authenticity. Something has to be authentic.”

He moved to New York in 1995, and his work for Ralph Lauren occasionally meant visiting the brand’s stores on the South Fork. “I didn’t expect that I would ever end up living on the East End, which is for most part a seasonal town for the summer, but I love it,” Mr. Godbold said.

Having grown up in a really dry part of Australia, he said, and then not seeing in London the beautiful green gardens he had expected there, he finally found what he had been looking for.

“The minute I got into the Hamptons, I really saw exactly what I always wanted to see,” he said. The hedges were perfectly maintained, and the area was beautiful and lush.

“I feel lucky, I feel blessed, and it’s a great escape from the city and that hustle and bustle,” he said.

The Hamptons is also “a million miles away from anybody else,” he added, but it’s not a problem. “I don’t feel like I’m missing out on anything, because I have dealers like 1stdibs. So I don’t at all feel any isolation.”

Buying from dealers around the world means that he gets things that not every other decorator has walked into a store and looked at, he said. “For me, I don’t want to go into a house and know exactly where somebody purchased every single piece that they have. There’s got to be some mystery.”

The fact that he switched careers was a surprise, even to him.

“When I grew up, my parents instilled that you pick one job and you do that for the rest of your life, which is how I always lived my life,” Mr. Godbold said. “I thought I was going to be in fashion until the day I died.”

He was around 42 when he began phasing out of fashion. After making the move to the East End in 2012, he began working for MONC XIII in Sag Harbor.

“MONC XIII is a high-end curated store by Natasha Esch that sells a lot of midcentury furniture and new furniture from all over the world,” Mr. Godbold said. “Natasha really helped teach me about certain designers and antique furniture and opened up my eyes to it.”

It was through working there that Mr. Godbold was asked to do the design for a house from the ground up. He walked onto the job site, and the architectural plans were brought out for him to see.

“I felt like I was back home again,” he said, noting that his father was an architect. “I would look at my father’s blueprints and plans on his lap when I was a little kid when I would go to his office and hang out with him and all of his draftsmen. It was an amazing moment.”

He set about planning the interior design of the new house in Sag Harbor, not knowing how it would turn out.

“I had no idea I was going to be any good at it. I kept my expectations really low,” he recalled. “But it worked out amazing — the client loved it when it was completed. Then I quickly got more clients from that house, and it sort of exploded.”

Showing his work on 1stdibs and social media — including his Instagram, @timothy_godbold — has helped grow his clientele, while his existing clients have given him the opportunity to work around the United States at their second and third homes.

“I make sure my website is updated, and I also have clients who have multiple homes,” he said. “For instance, I just finished a client’s house in Palm Beach, had done Sag Harbor, and now will do the Bahamas.”

He’s also done houses in California, where appreciation for his Hamptons-grown style carries over.

“It all ties into that whole casual beach luxury-but-livable style that I do out here, and I think it’s resonated with clients in California because that’s how they live generally.”

He now has his own office on Main Street in Bridgehampton, above the Sotheby’s office, and he just bought a house in Southampton.

His business has grown organically, he said, as he is invited to do a house in a new place and people see his work and ask him to do their houses there as well.

“I’m not looking to be the next huge designer in the world,” Mr. Godbold said. “I just want to be creative and work on great projects and great clients.”

Mr. Godbold is also an author, having published in 2016 with Phaidon Press his book “Military Style Invades Fashion.”

His interest in military influence on fashion extends to furniture. He noted that the safari chair, for instance, is a popular midcentury design that grew out of a military need for movable furniture that could follow an army on a campaign. His book stuck just to fashion, but he could have done a section on the military influence on furniture, starting with Julius Caesar, he said.

“I’m very open about where I get a lot of my inspiration from,” he said, adding that he finds that clients love to be educated. “They like to know why this is like so.”

Many of his colors and neutrals of choice are army colors, he noted.

He has designed his own furniture, working with local carpenter and fabricator Justin Allen, and he works with a local metalworker as well, John Battle of Battle Iron & Bronze in Bridgehampton.

“I’m a very loyal person, and part of living out here is I use a lot of local people,” Mr. Godbold said.

He added that he wants young people to stay on the East End “and have kids and keep the community going, rather than everybody packing up in September and leaving.”

Mr. Godbold has designed consoles, coffee tables and daybeds for clients, and recently, a sectional that he said he would like to produce down the road. He would like to design a furniture collection, but he doesn’t want to rush into anything. “Anything that has ever worked out for me has just happened naturally without me pushing anything,” he said.