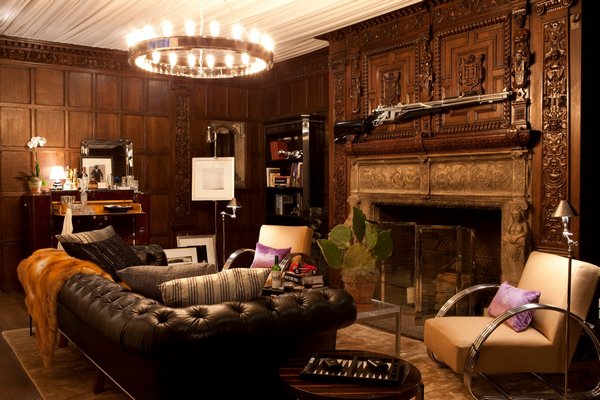 A room designed by Ally Coulter for a past Holiday House NYC. MARCO RICCA 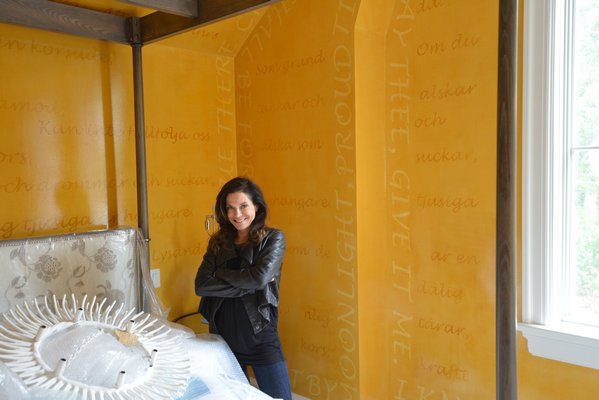 Iris Dankner in one of the recently completed rooms at the Holiday House Hamptons. ALEX GOETZFRIED 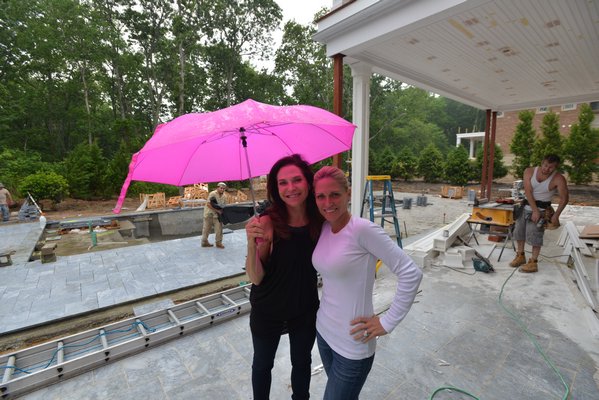 Iris Dankner and Jennifer Duneier push through to finish Holiday House Hamptons despite the fact that the weather wasn't cooperating. ALEX GOETZFRIED 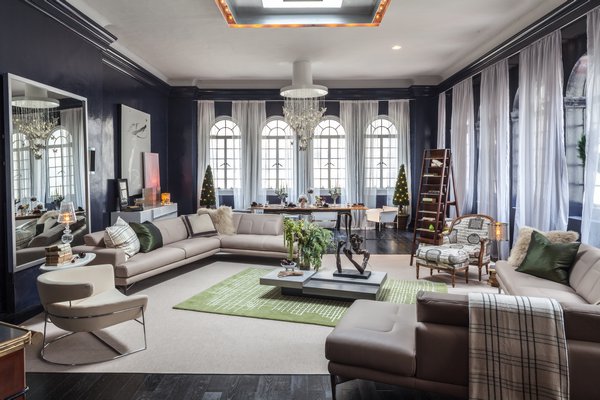 This room designed by Tricia Huntley for Holiday House NYC is an example of what visitors to the Hamptons House can expect. MARCO RICCA Huntley and Company

It was a soggy Monday afternoon in Bridgehampton that quickly turned into a downpour as Iris Dankner tiptoed through the mud and entered the half-finished spec-house that will be home to the first-ever Holiday House Hamptons.

Approximately 80 workers were going full steam ahead in order to have the home finished and presentable for press tours by Friday, June 14, and for the official opening on Saturday, June 22. The crew was working inside and out to cut and lay marble, paint, hang moulding and install a stove hood in the kitchen, among other things.

“It’s a labor of love. I’ve been working on it for nine months and the last few weeks have been very difficult,” Ms. Dankner said about putting on the finishing touches with all of the recent inclement weather.

This is the sixth year of Holiday House and the first in the Hamptons, she reported, adding that the fundraising designer showhouse is being co-presented by Hamptons Cottages & Gardens magazine and Holiday House.

Marianne Howatson, the chief executive officer of HC&G, said that she and her team have been excited to work with Ms. Dankner and Holiday House from the very beginning. After all, the Hamptons design aesthetic is certainly in their wheelhouse.

“The big thing we bring to the project is our branding and capabilities for marketing the project,” Ms. Howatson said, reporting that HC&G helped select the interior designers for the Holiday House Hamptons—many of whom are from the East End, with a sprinkling of designers from Manhattan and Connecticut.

Ms. Dankner started the charity in New York City a half a dozen years ago to raise money and awareness about breast cancer. This year, the money raised at the showhouse will be donated to The Breast Cancer Research Foundation.

A 16-year breast cancer survivor, Ms. Dankner was diagnosed at the age of 40 during her first routine mammogram. The successful designer had no family history of cancer, she exercised regularly and ate a healthy diet.

“I was really in shock,” she said.

After a year of breast reconstruction, “normal had changed for me,” she added.

After her recovery, Ms. Dankner made it her mission to raise awareness by talking to people about early detection and to help save lives.

Immediately upon her recovery, Ms. Dankner became involved with the Dallas, Texas-based Susan G. Komen foundation. She became a board member eight years ago, and chaired the Race for the Cure fundraiser for three years, doubling the event’s numbers during that time.

Through all of her fundraising efforts, Ms. Dankner realized something, she said. The world of interior design had no women’s help issues.

“I have a new industry that hasn’t been tapped into and I think it will be a great new challenge,” she recalled.

After five successful years in Manhattan, Ms. Dankner was approached by Jennifer Duneier and Kris Torkan of the developers Villadom at Bridgehampton about a Hamptons Holiday House.

Ms. Dankner is from Woodmere, New York, and owns a home in Southampton, so raising money on Long Island means a lot to her, she said. Plus, of course, there’s the chance for East Enders to view the latest and greatest, and even some real avant-garde looks in home design.

“It’s a wonderful opportunity for a designer to show their talent,” Ms. Dankner said. “No one is holding you back, there is no client, it is total freedom. You want a cohesive design but sometimes you get the unexpected,” she said, and giggled.

The Holiday House Hamptons is unique from the projects in the city, she reported. For the first time a garage will be utilized and designed as a cutting-edge “man cave,” complete with an entertainment system and two cars, one of which will be a Ferrari, provided by Grand Prix Cafe.

Famed celebrity personal trainer Tracy Anderson will also be participating. She’ll be designing the in-home gym in the basement, which will be conveniently located next to the wine cellar, a good place to head for a post-workout beverage.

It’s this out-of-the-box thinking that HC&G is behind, according to Ms. Howatson.

“We are so excited about it. One of the things we are thrilled about is the creativity of designers who are bringing a Hamptons sensibility and a feeling of Hamptons casualness to the house,” she said.

Ms. Duneier, who helped initiate the project, is also one of the Hamptons-based designers. Her work will be seen in the kitchen and bathrooms.

“I wanted to mix modern with traditional elements of home,” she said of her plan for the kitchen, “marble with stainless steel for the backsplash, and a little color on the ceiling,” which is a soothing acapella blue.

“I just have to hang the hood, I’ll glue it up there if I have to,” she said, laughing.

When it comes to the Holiday House Hamptons, in addition to benefiting cancer research, and giving something for the design-hungry to feed on, it’s the esprit de corps—even in difficult weather conditions—that Ms. Dankner loves.

“The camaraderie and all the people coming to help is the best part,” she said.

Holiday House Hamptons is located at 4 Fair Hills Lane in Bridgehampton. It opens with an “Opening Night White Gala” on Saturday, June 22, from 6 to 9 p.m. and is open for tours from Sunday, June 23, through July 21. Hours are Fridays through Mondays from 11 a.m. to 8 p.m., as well as Thursdays, from 11 a.m. to 8 p.m. with evening wine tastings and live music on those nights. Tickets to the opening night gala start at $250. Admission during touring dates is $30 and includes a showhouse journal and cookbook. Tickets can be purchased at the door or online at holidayhousedesingshow.com.