The seven layers of a forest garden. TED LITTLEFORD ILLUSTRATION 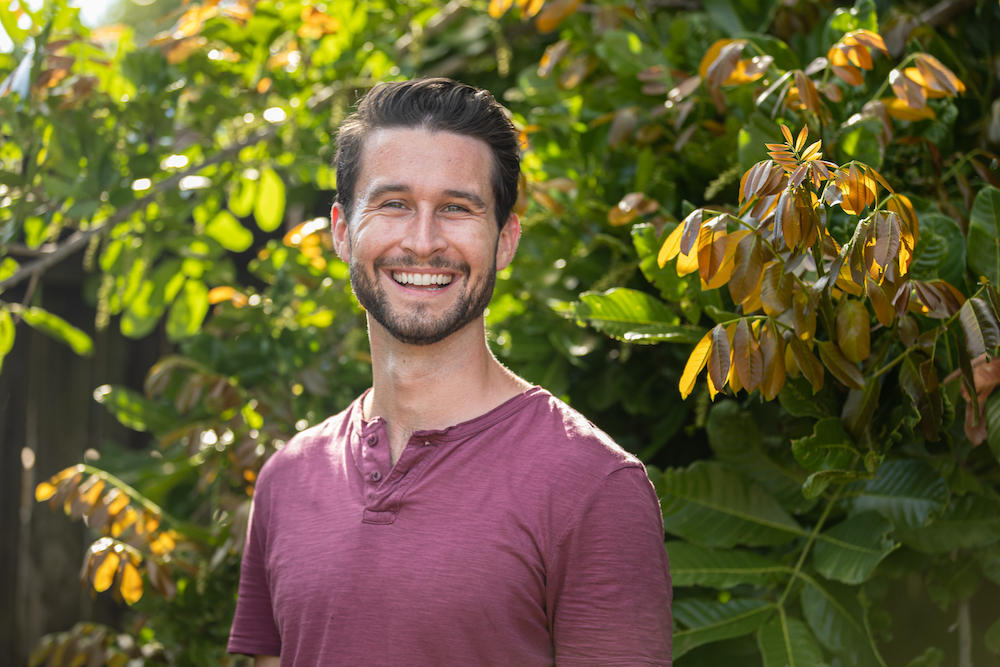 Growing food at home is a great way to cut down on grocery bills while having access to fresh produce all summer long, and at a time when inflation is at a 40-year high and supply-chain issues are creating intermittent shortages of all sorts of products, starting a new garden is an increasingly attractive idea.

Gardeners, more than anything else, need land to grow on, and for many, it can be hard to come by. But with even a small sunny space to work with, gardeners can raise an abundance of food if they look beyond the ground level. Forest gardening — a permaculture method based on prehistoric practices and emulating natural ecosystems — considers every layer of a garden space, from the root below ground up to tree canopies.

A “forest garden” or “food forest” incorporates trees, shrubs and other perennials as well as annuals. As defined by the late English horticulturist Robert Hart in the 1980s and adapted by others, a forest garden has seven layers in all, and each provides an opportunity to grow one or more crops. It’s modeled after forest edges — transitional areas where dense canopies give way to shorter plants.

The topmost layer, the canopy, is for nut trees and the tallest fruit trees. Immature and dwarf-type trees make up the sub-canopy. Next comes the shrub layer, for berry and currant bushes. The herbaceous layer is for herbs and vegetables. Crops that double as groundcovers, such as strawberries, make up the soil surface layer. The underground layer is known as the rhizosphere, where root vegetables and tubers grow. Leaving no space unused, the vertical layer is for vining and climbing crops.

Forest garden design — and permaculture in general — considers how plants behave without human intervention, and learns from it. Native plants don’t grow in a monoculture, in which one species grows alone, but in a polyculture, in which many species that complement each other share a space. Taller plants provide support from vining plants to grow up and protection from the sun and wind to smaller, shade-loving plants. Groundcovers suppress weeds and keep the soil from drying out. Flowering plants attract beneficial insects that not only provide pollination services but also pest control.

The idea is to work in concert with nature, not against it, for a successful garden. That concept is part of what attracted Justin West, the CEO and founder of Thrive Lot, to permaculture. Thrive Lot partners with professional regenerative gardeners around the country to transform clients’ yards into bountiful, diverse ecosystems.

West recalls the idea for Thrive Lot came about in 2015 when he came across the concept of permaculture. He was already familiar with agriculture, having grown up on a former Amish farm in Tennessee with an orchard and big garden, and competed in 4-H ecological wildlife judging as a youth — even winning a national championship in urban ecological design.

Permaculture was a different take on agriculture that appealed to his passion for taking better care of the planet.

The plants take care of each other, for the lowest maintenance possible, according to West.

“The truth is, there is no sustainable food without ecosystem,” he says.

In researching who best to market Thrive Lot’s services to, West found that many homeowners, especially of high-end homes, are interested in having a working ecosystem on their property.

Though designing landscapes that produce food is a big part of what Thrive Lot does, there is more to it, and clients have their own priorities too. He discovered they wanted to beautify their properties while creating habitat for pollinators and other wildlife.

“There is the realization that the lawn is kind of a tired aesthetic, maybe a less thoughtful aesthetic than what is possible,” he says. “And people want something that’s a little more lush, that has some more blooms, it’s more diversity, maybe attract some pollinators and some birds.”

Homeowners were also realizing that they could sequester carbon in their yards and reduce their carbon footprint, he adds.

It starts with developing the soil by adding organic matter, namely compost. Organic soil houses carbon and a ton of life in the form of microbes, such as beneficial fungi, he explains. The mycorrhizae in fungally dominant soil have symbiotic relationships with the tips of the roots of trees and shrubs. The roots provide food to the mycorrhizae, and the mycorrhizae pass nutrients to the roots in return.

Next comes replacing turfgrasses and hardy, invasive ornamental plants with deep-rooted native plants and trees that greatly add to the soil’s ability to sequester carbon.

Trees sequester carbon above ground as well and bring in biological diversity by providing habitat for birds, butterflies and bees. “You’re also creating shade and microclimates,” he adds. “The climate underneath a tree with the combination of transpiration — the tree actually breathing out water — and the shade cools the land, that cools your house, cools your neighborhood.”

Globally, 11 billion acres are dedicated to agriculture, West points out. He says growing food at home means that someplace else an ecosystem won’t be plowed under to become a cornfield that relies on synthetic fertilizers and chemicals as well as heavy emissions-based transportation and refrigeration and processing and packaging.

“There’s huge opportunities for people to have an impact on their home, and I’m obviously very excited about it,” West says.

As a child, years before he learned about permaculture, he had already begun to appreciate permaculture’s advantages over traditional gardening.

“I learned that I really liked the fruit trees and the berry bushes because I didn’t have to do anything with those,” he says. Meanwhile, the garden required tilling, one crop was planted altogether, and it wasn’t a working ecosystem. “And then fight for your life all summer to try to keep some things from being eaten by the bugs that you’ve now created food for.”

Predatory insects, such as lady beetles, lacewings and assassin bugs, provide insecticide-free pest control. It’s one of the ways a forest garden works in concert with nature. “They’re all these little niches in nature, and there’s always something right around the corner that eats something,” West says.

To find partners who can implement this strategy and the principles of permaculture, Thrive Lot taps into organic and regenerative gardening communities and small urban farm communities.

At each client’s property, Thrive Lot assesses the unique ecology of the site before anything else and puts together a plan that best aligns with the client’s priorities — food production, habitat, carbon sequestration, etc.

It’s not as simple as planting blueberries because a client likes blueberries. “We need to start by finding out if blueberries are going to work on your property and where they’re going to work,” West says, adding that it may be the case that some other native berry is suited to the soil and climate.

Between the edible plants and the ornamental plants, each Thrive Lot project includes dozens of natives.

“Our average project has 55 unique species on a third of an acre, so it’s pretty biodiverse,” West says.

For those who do want a food forest, it will take years to realize its full potential and productivity. But the sooner it’s planted, the sooner those results will come.

“I like to say the best time to plant a tree was 20 years ago, and the second-best time is today,” West says.