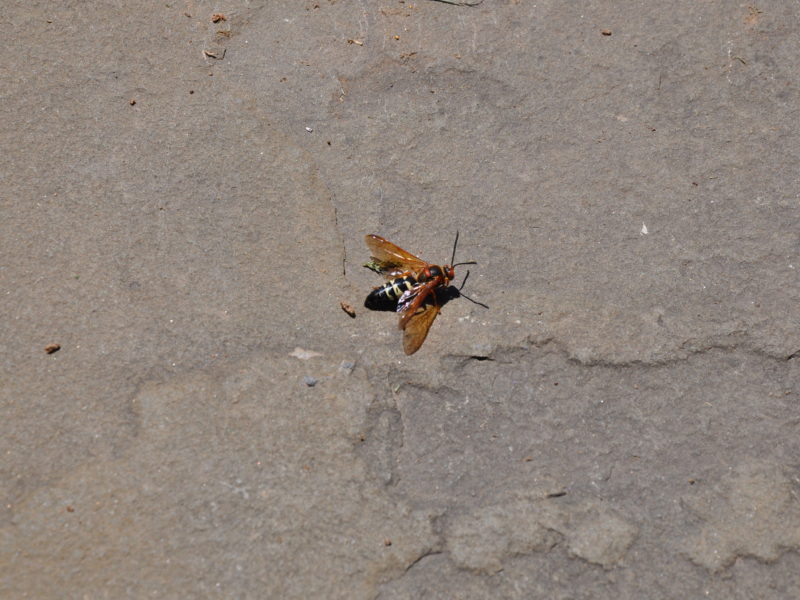 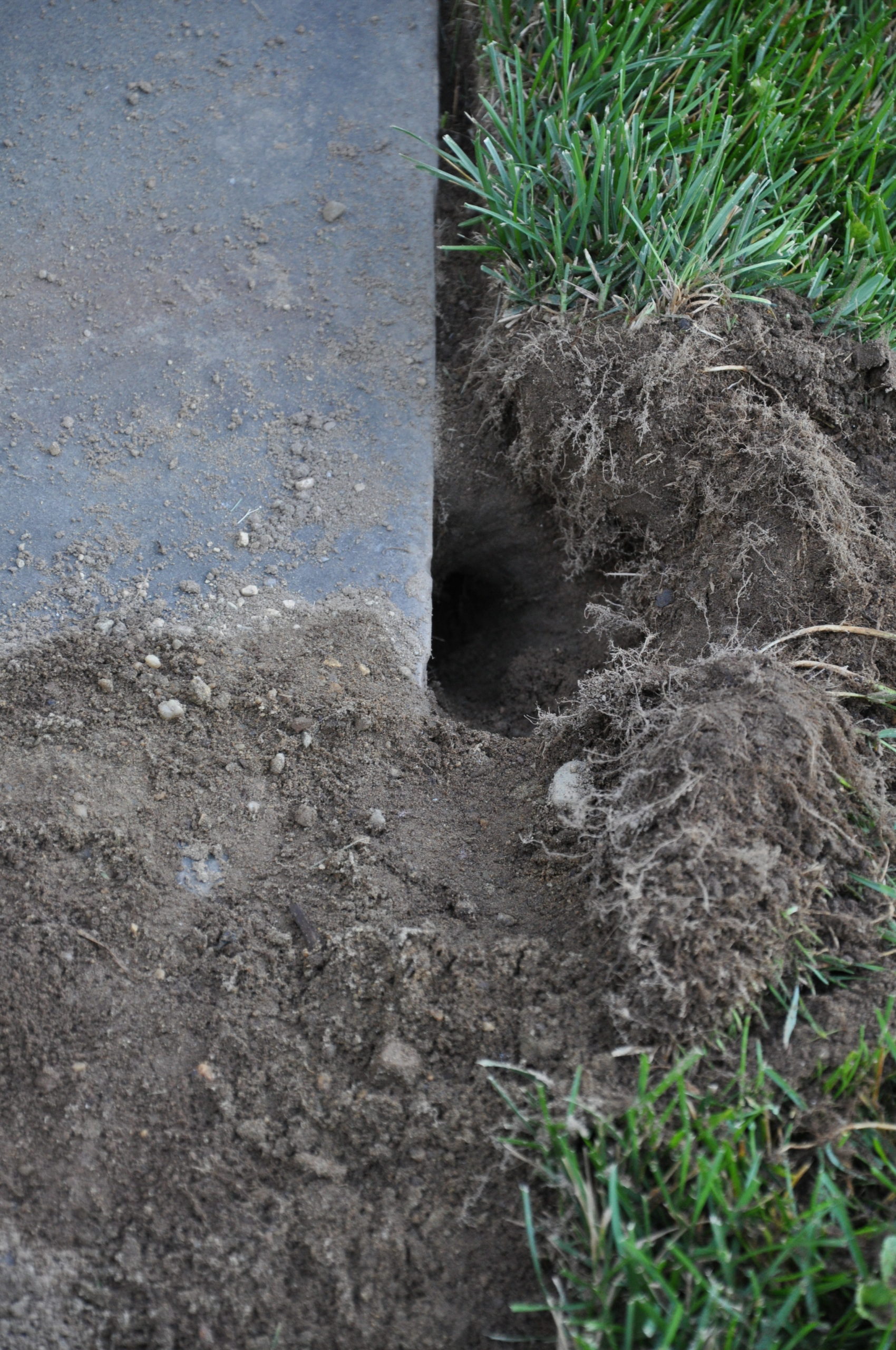 The eastern cicada killer (Sphecius speciosus) often makes its nest under patio pavers. Their entry holes are about 2 inches long and the pile of burrowing debris is left just outside the entry. 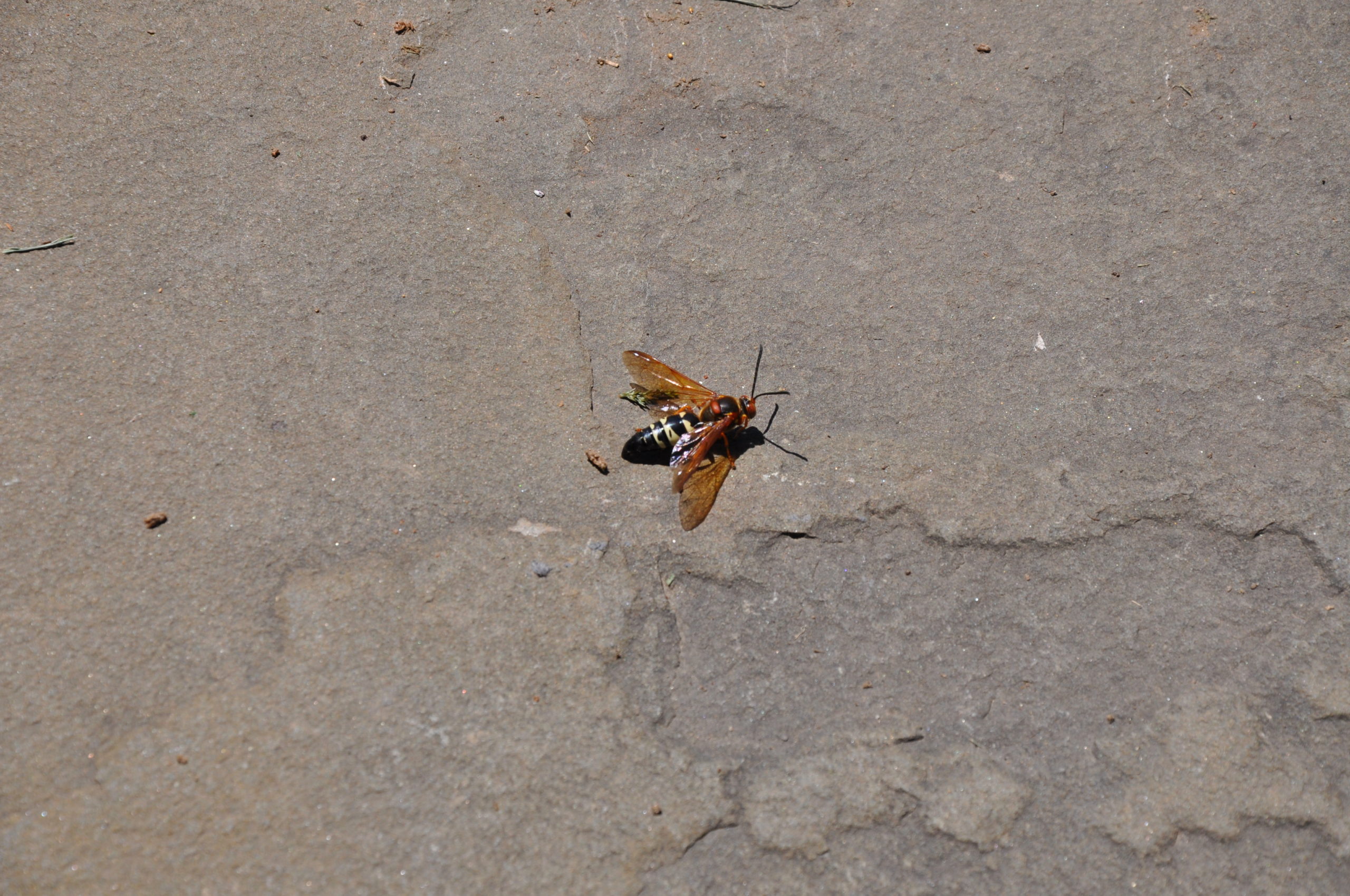 The cicada killer can be up to 2 inches long and is seen here resting on a patio paver. If you leave them alone they’ll leave you alone. They are considered a beneficial insect that should be allowed to do their work, and in a few weeks they’ll be gone. ANDREW MESSINGER 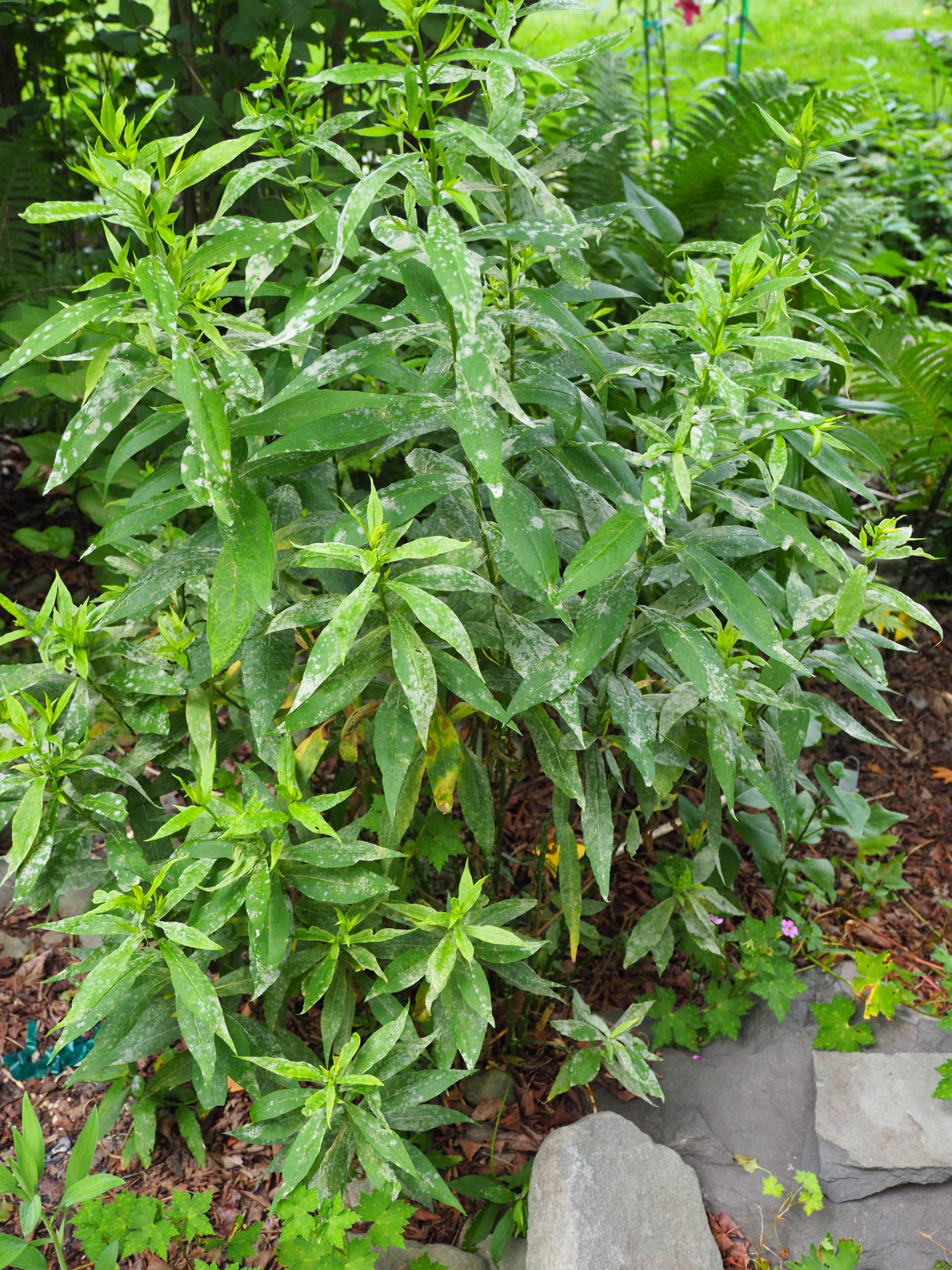 Powdery mildew on the usually mildew-resistant Phlox p. "David." The fungus should be controlled to prevent spread to other plants. However, this fungi is host specific and will only effect other Phlox paniculata. Other varieties of powdery mildew affect other plants such as lilacs and roses. ANDREW MESSINGER

Years ago, I was one of the first on the East End to be diagnosed with Lyme disease. And as if that wasn’t bad enough, the same tick gave me a disease known as babesiosis, which has just been reported in England for the first time. I spend five difficult days in Southampton Hospital with a temperature as high as 103 degrees and yet I was freezing cold. I was not a happy camper, and I swear I saw the pearly gates in a near-death experience.

A number of years later I got my first LYMErix vaccine injection with the hope that it would protect me. But before I could get the second or booster shot the vaccine was taken off the market, and there hasn’t been a vaccine since. That may change very soon.

According to a piece in the Washington Post and other news outlets, a new vaccine called Lyme PrEP has been shown to be nearly 100 percent effective against Lyme and from the time of injection, not weeks later. It works differently than traditional vaccines, and one shot should last for the entire tick season. Animal studies have been very promising, and phase one clinical trials will be completed in 2021. Hopefully, phase three testing may result in the vaccine being marketed in late 2023.

In the meantime, it’s still a very good idea to use repellents containing DEET and longer-lasting sprays of Permethrin, which gets applied to clothes only. Last year, I stocked up on a DEET repellent recommended by Consumer Reports that contained 30 percent DEET and had very poor results resulting in two attached ticks. This year I switched to a product that contains 40 percent DEET, and so far not a single bite or attachment.

My phone vibrates, and it’s a text message from neighbor Nancy who, like many of you, is doing much more gardening work and exploration this year. “White flies all over the place, what are they?” The tiny white, flying insect are indeed whiteflies. There are several varieties of this insect but only a few that invade our gardens, and they all get treated the same way.

Whiteflies are almost endemic to certain plants and are a big issue for poinsettia growers because there are several species that just love “points.” When out of control — say, on tomato plants, Lantana and Forsythia — they can all take off at once, creating a moving white cloud. Their wings have a wax-like coating that can make it difficult for sprays to be effective. They have an uncanny ability to know you’re nearby so stealth is critical. Spray the undersides of the foliage and work from top to bottom. Whitefly is a vector for a number of plant diseases. Generally, they do not overwinter and should be taken care of early in the season when they first show up. I have, however, seen them overwinter in mild years on cold crops and leafy greens not done in by frost.

Another issue that’s showing up a great deal is the fungus disease we call powdery mildew. This can be an issue on lilacs, roses and tall garden Phlox. However, it’s a different strain of mildew on each plant, and it does not spread from lilacs to roses to Phlox. Once again, when spotted early it can be easily managed and with simple to use organics. If not controlled and left on the leaves that fall to the ground, it will return every year on the same plants. Overhead watering from automatic irrigation systems helps it spread as the irrigation water carries the spores as the water splashes.

I use Phlox paniculata “David” (tall garden Phlox) as an indicator plant. This particular Phlox has shown great resistance to powdery mildew. This year, it’s covered. The new varieties of Phlox that come from a cross of P. paniculata and P. maculate seem mildew free.

It’s normal for many plants to wilt when it’s hot and dry. It’s important to know, though, that there are two types of wilting. One is temporary and the other is permanent. Tomato plants are good indicators of temporary wilting as on hot days they simply can’t pump enough water up into the foliage to keep the leaves turgid. No amount of watering will change this and, in fact, if you over water a plant in this stage you are setting the scene for soil disease issues that can then lead to permanent wilting. Temporary wilting can be common in annuals and some perennials. If a plant doesn’t recover as the sun goes down you’ve got more serious problems.

Those loud buzzing sounds at the tops of trees on hot days are the sounds of cicadas. Yes, there are “periodic” cicadas that show up every 11, 14 and 16 years but there are also some that show up every year. They go to the top of trees and emit their tune to attract mates. Once mating takes place, the female drops to the ground where she lays her eggs. That is unless the cicada killer finds her. This is a very, very large wasp that feeds on the cicada. The killer nests in sandy soils (especially between walkway pavers) and looks very menacing. They won’t bother you, but don’t annoy them.

The killer stings the cicada and immobilizes it. It then picks up the cicada and flies it back to its subterranean nest where it gets fed to the kids. Don’t let your exterminator kill the killers. They don’t hang around long, and if you just leave them alone they’ll leave you alone.

Prime time to order your spring-flowering bulbs. These are the ones you took copious notes about when you saw them blooming (or not) last spring. If you order them now you get the pick of the crop and, hopefully, avoid depleted inventories, which I think there may be plenty of this year. Also time to order hybrid lilies for fall planting. And you do have your fall veggie garden planned and seeds on hand, right?

The East End got little to no rain from this weeks tropical storm but plenty of wind blowing off the ocean. This wind may have carried salt spray in the air that will/may result in foliar damage to trees, shrubs and other plants along the barrier beaches and slightly inland. If trees defoliate, they will leaf out again. Where possible, plants should be hosed down to remove any remaining salt. Little permanent damage will be done as long as this doesn’t happen again this hurricane season. More in next week’s notes.

Keep up the good work and keep growing.