GARDEN NOTES: Time To Get Back Into The Vegetable Garden - 27 East 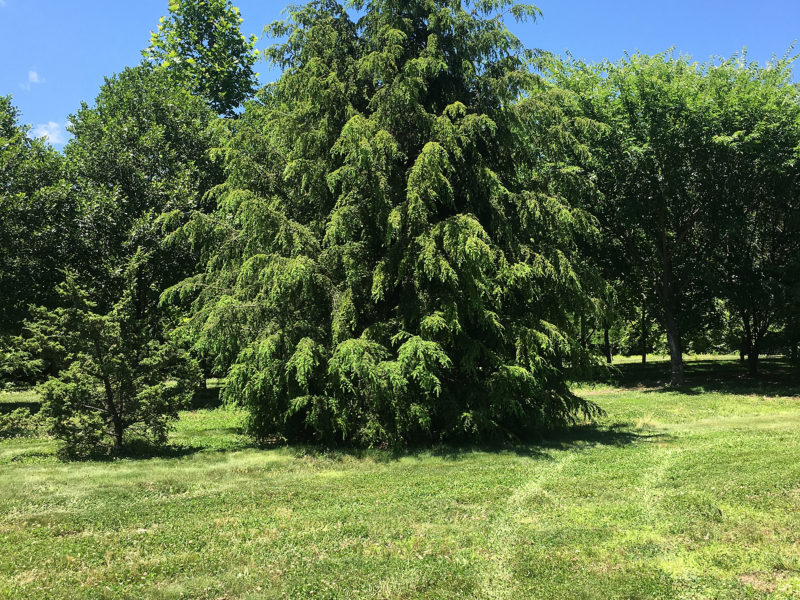 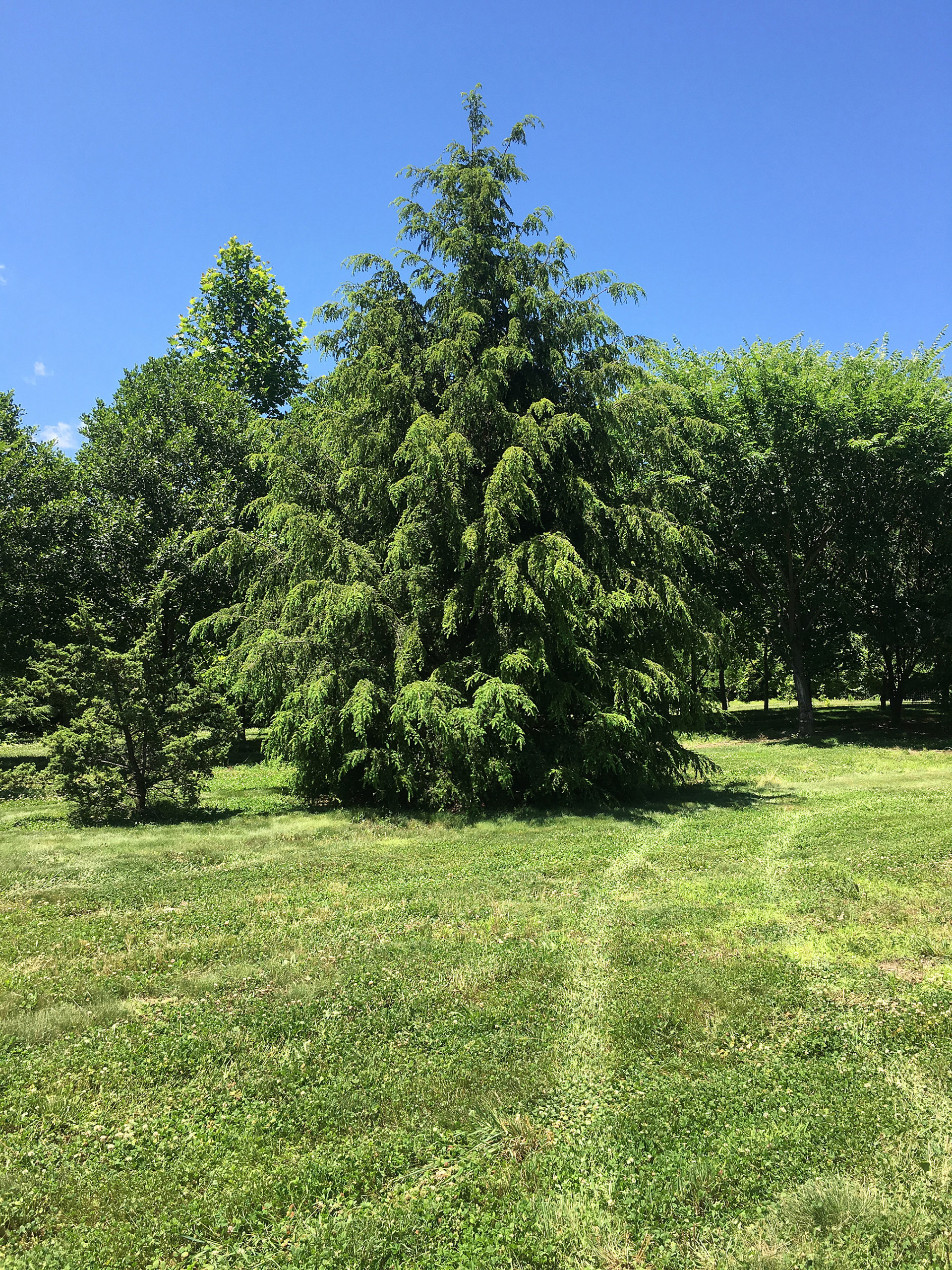 # 4330 The new hemlock named "Traveler" developed by the USDA in Maryland. This is hardy cross between the Carolina hemlock and the Chinese hemlock. Traveler is resistant to the insect killing all our native hemlocks. 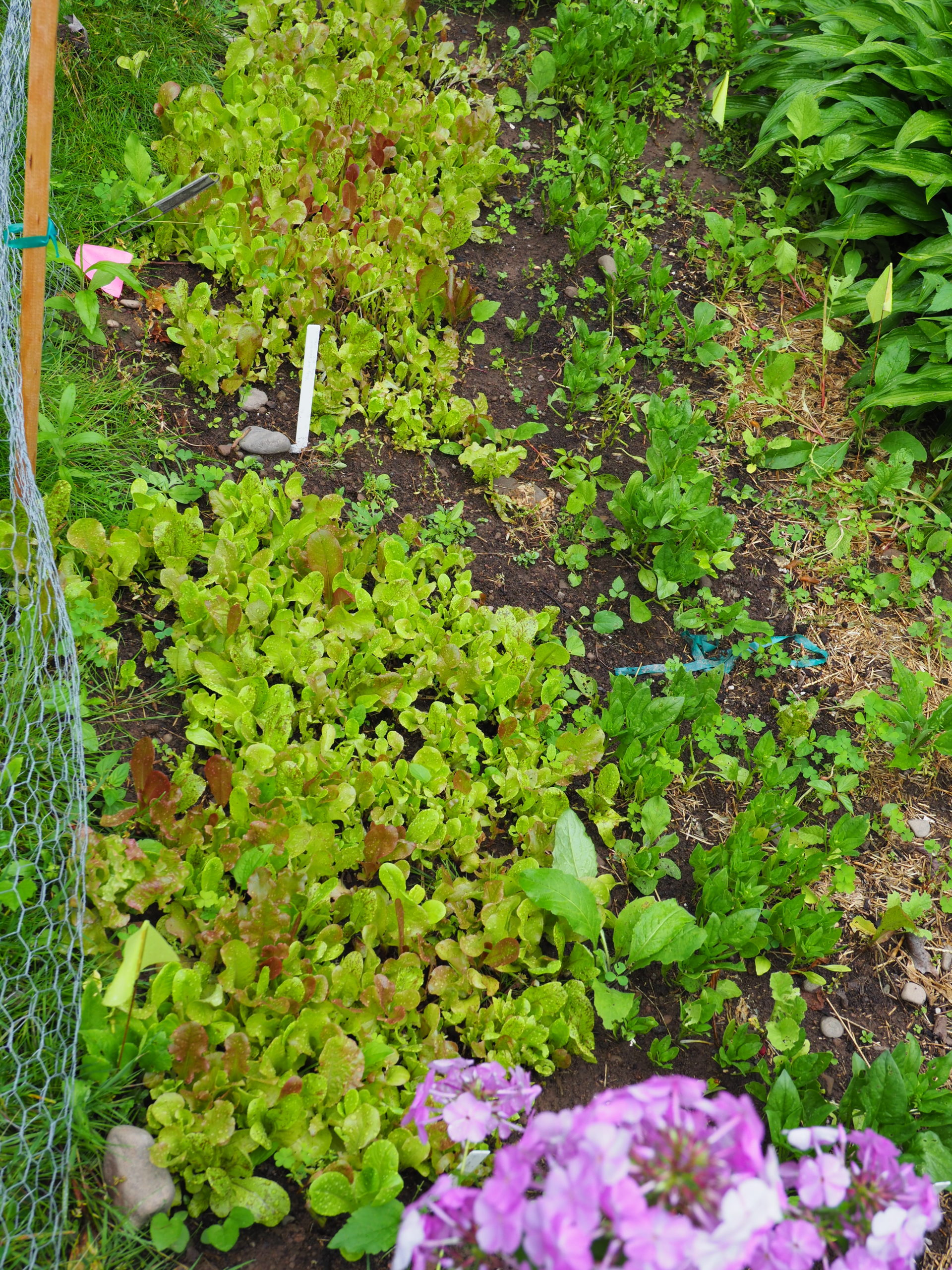 The two baby lettuce plots planted a month apart are on the left. The two plots of less than 15 square feet supply enough salad greens for two people for up to 12 weeks. ANDREW MESSINGER 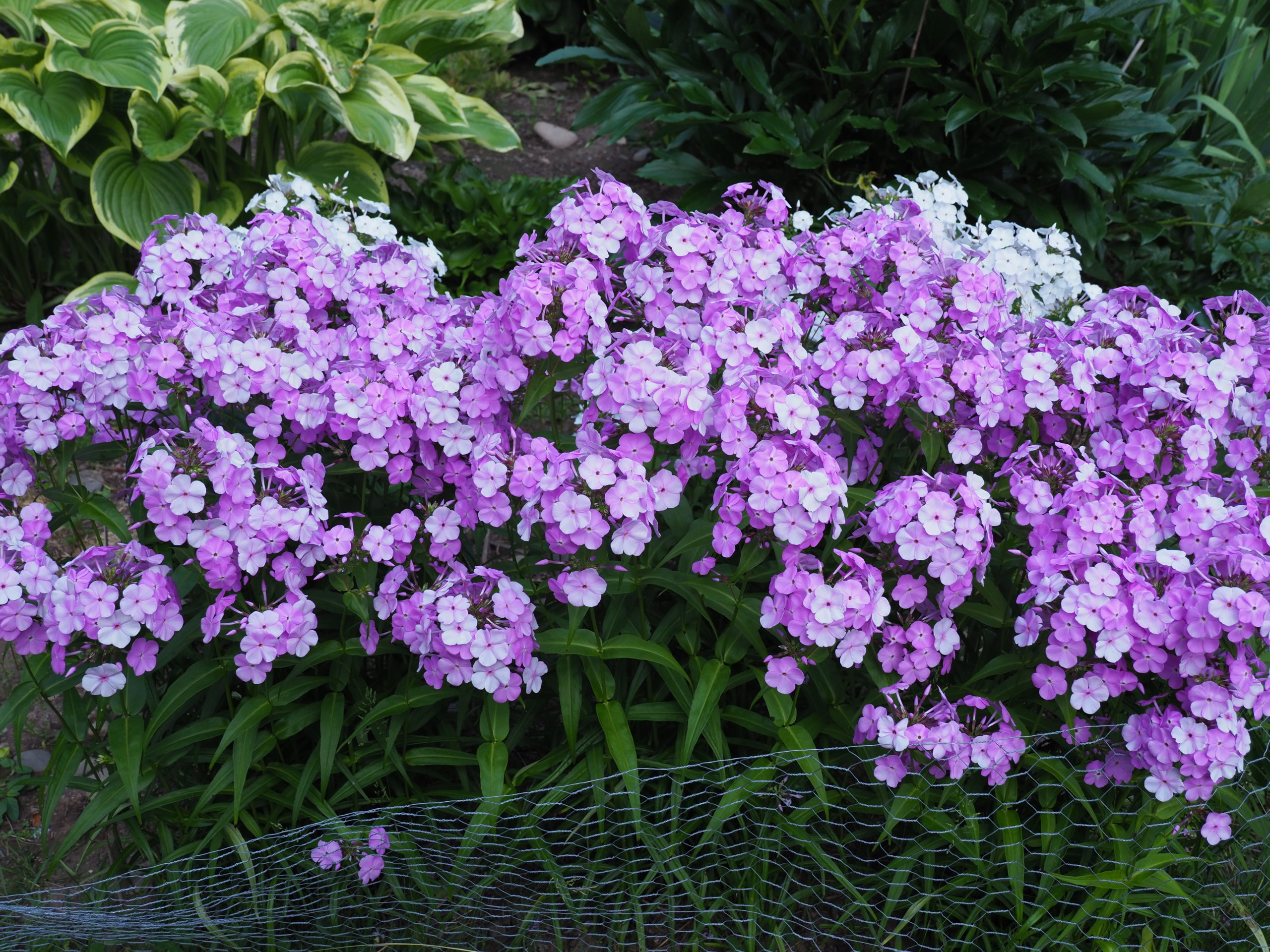 It’s time to get our heads back into the vegetable garden again, because sowing and planting for the second season is only days away. Think things like beets, carrots, cabbage, Brussels sprouts and maybe even peas.

Get the seeds you need now if you don’t have them already and keep them in a cool and dry place. They don’t need to be refrigerated, but high humidity and heat is the death knell for seed storage.

This year, I wanted to see how my salad greens would stack up against store-bought but pre-packaged organic salad greens. In mid-April, I planted three plots — 18 inches by 4 feet for each plot — of Renee’s Baby Leaf Lettuce Heirloom Cutting Mix, Renee’s Baby Leaf Spinach Catalina and Renee’s Gourmet Mesclun Salad Asian Baby Leaf.

Harvesting began in May and has continued since, and a second plot of each type was planted in mid-May. I cut these at least twice a week and sometimes three times a week.

It’s been pretty amazing. The harvest has been plentiful, and there’s been more than enough production to supply two of us with freshly picked salads every day and then some. Total cost for the seed was about $9. Throw in some dollars for the rabbit fencing (which can be reused) and a tiny bit of fertilizer, and there’s quite a savings over, maybe, a 10-to-12-week harvest season.

But the minimal cost becomes irrelevant when you consider the incredible taste of the salads when the greens are fresh or a day old, and I know exactly what’s gone into the soil and sprayed on the crop (absolutely nothing).

I suspect things will slow down, or if it gets really hot these cool-season crops will just stop producing. What remains will be turned into the soil as a green manure, and a few weeks later I’ll begin seeding for the next round. It’s easy, nearly foolproof, and you can even get kids involved.

Harvesting is as simple as going out with a sharp pair of scissors early in the morning and cutting the next portion of the block that’s ready. That block is usually ready for reharvest a week to 10 days later.

I had one complaint that the Catalina spinach didn’t have enough flavor, but it was fine for me. My chief complaint was that the mesclun (Asian Baby Leaf) was a bit coarse and rough — but my better half loves it.

There is a relatively new series of perennial phlox that I’ve been trialing for several years that I now have some comments on. The series is the Fashionably Early series, and right now there are three available.

What sets them apart from other garden phlox is that they flower a month or more earlier than the standard garden phlox in the paniculate family. But there’s more.

This new group, which is a cross between the P. paniculate and P. maculata, does not seem to get any powdery mildew that the paniculata are prone to, and so far no issues with spider mites. They are also rebloomers, so you can expect flowering in June into July, then again toward the end of the summer.

With relatively tall stems, these phlox are great for cuts and for garden use, but beware that, due to their P. maculate parentage, the roots tend to spread a bit, as do the plantings. They are by no means invasive and can easily be tamed simply by thinning the stands each spring. They are easily transplanted and divided every two to three years if desired.

Fashionably Early Princess is the first to flower in mid-June. The plants grow to about 32 inches, with spotty flowering at first, then a mass of fully covered stems with a light fuchsia pink flower with a darker eye. You can easily take 12-to-18-inch stem cuttings for cut flowers, but the longer the stems are cut, the longer it will take to rebloom.

In the flowering sequence, Early Princess is followed by Early Crystal about two weeks later. This one is referred to as a pure white, but it isn’t really a pure white: The flower had a light purple eye. This one grows to about 28 inches tall.

The last in my trial is Early Flamingo, which is the tallest, at nearly 36 inches, and the latest, with flowering in early July then again in late September continuing into mid-October. The color is a pleasant light lavender pink.

There will be others in this series, but so far the ones I’ve been growing seem really great for cuts and may work well into your garden(s), as long as you pay attention to when they flower and their heights. The scent on all of them is mild and doesn’t make me sneeze … lol.

Another new introduction that we’ll see in a few years is a new hemlock that seems to be very resistant to the hemlock woolly adelgid that has damaged or killed nearly all our native and landscape hemlocks. The Chinese hemlock has been touted as a resistant variety, but it has a more drooping habit than our native.

Breeders have not been able to cross the native variety with the Chinese type, but they have been successful crossing the Carolina hemlock with the Chinese hemlock, and the result is a “handsome symmetrical evergreen growth habit with slightly weeping branches.”

The plant has been in trials down south and in Connecticut, and the reports so far are very encouraging. The U.S. Department of Agriculture is now looking for cooperative nurseries who will grow them on the wholesale level, so we may seem them for sale in six to eight years or sooner.

There are reports of bad infections of the boxwood blight in New Jersey in June, and we can’t be far behind. No matter what your landscaper or nursery tells you, there are no boxwoods known to be immune to this disease, and if they try to sell you one that they say is immune or resistant, ask for the proof — or a five-year warranty.

Keep up your great work. Continue to plant, water, feed and make your observations for diseases and insects. Empty spots in the veggie gardens should get a cover crop, even if just for a month.