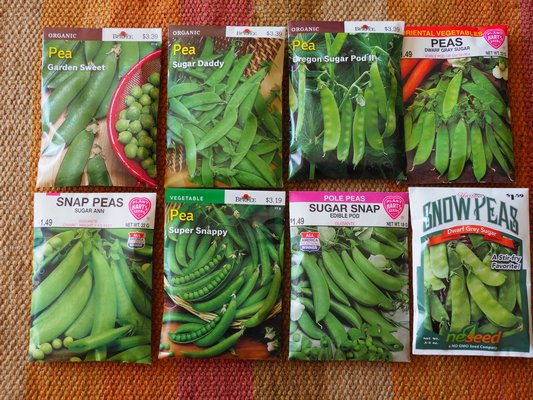 With four basic pea types to choose from, know how tall your choices will grow, how long they take to mature and what their intended use will be. For example, shelling peas don’t work well for stir fry and stir fry peas don’t store like shelling peas do. ANDREW MESSINGER OLYMPUS DIGITAL CAMERA 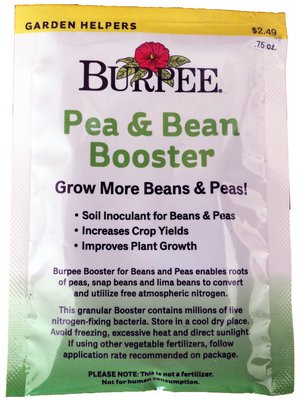 This soil-applied inoculant from Burpee works on peas and beans because it contains four different species of bacteria. Read the directions carefully, as some inoculants are applied to the soil while others are applied to the seeds as a pre-plant soaking. Never use chlorinated water if soaking your seed in the inoculant. OLYMPUS DIGITAL CAMERA 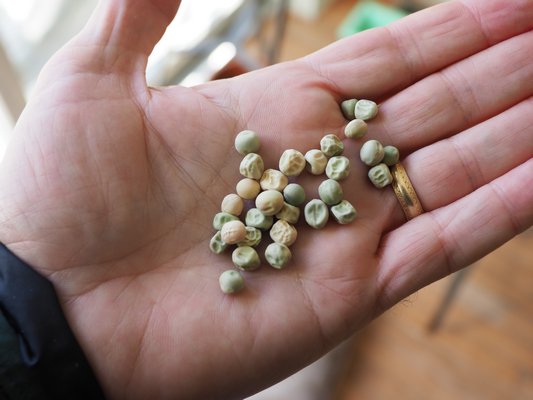 Pea seeds are just dry peas from last year. The seeds are large enough for children to handle, making them easy for kids to plant. Watch for broken and shattered seed, only planting the shriveled but whole seeds. ANDREW MESSINGER ANDREW MESSINGER OLYMPUS DIGITAL CAMERA

This week we continue with one of our earliest planted garden vegetables, the pea.

For starters, an appropriate question would be, how much to plant? A row? How long? How many peas in that row?

Peas are notorious for being unpredictable germinators. If planted too early they can take three weeks to germinate. Cold and wet soil can stall or wipe out early plantings. But we still do them because the vagaries of gardening mean that some years you’ll be lucky with an early crop and some years you’ll be really happy that you planted several cycles of peas because it may be the second or third planting that’s the one that makes it.

Peas should be planted in rows about 10 feet long with seeds spaced about an inch apart and just over an inch deep but you can find several planting schemes. Some gardeners sow single rows while others prefer double rows. The rule of thumb is to have 18 to 24 inches between single or pairs of rows and 8 to 10 inches between double rows in pairs. But before you do any planting you need to think about how many people will be eating these peas.

There are lots of charts available, and you can get lots of advice from fellow gardeners. A good place to start is to end up with about six plants per foot row once germination and thinning takes place. Then figure that if you have a family of four you’ll want about 15 to 20 plants per person or a total of at least 70 plants for a four-member family. Of course, this doesn’t take into account high-yield varieties and those shorter types that you might grow in a corner here and there or in containers. Keep some records on how many seeds you sow, what your spacing is like and what your yields are. This will be very helpful if you do a fall sowing and next year as well.

And what’s this stuff that people dust their seed with or that they add to water that they soak their seed in? Peas are members of the legume (Fabaceae) family, as are beans and even some of our landscape trees like the Acacia and Mimosa. Through a symbiotic relationship with a soil bacterium (Rhizobium), peas are able to “fix” atmospheric nitrogen in nodules on their roots. The pea plants literally grab nitrogen out of the air and move it through the foliage and stems down into the roots. If the Rhizobium is present in the root zone or if you have “inoculated” your seeds so the bacterium has attached to the seed, the nitrogen is reproduced in tiny pink nodules on the roots. As the pea plant matures, the nitrogen is released back into the soil and reabsorbed by the roots as a nutrient. It may sound supernatural, but it’s actually quite scientific, natural and organic. If you have a rich garden soil or if you’ve added 2 to 3 inches of compost to your garden in the past few years and worked it into the soil, there’s probably no other need for other nutrients or fertilizer for your peas. And if you grow your peas in the same general area every year, the need to add the inoculant powder probably isn’t necessary as the bacterium can persist in the soil for several years. You can purchase the inoculant in any garden center and simply follow the packet directions.

Keep in mind that if you give your plants a rich soil you can expect them to surpass their predicted heights. Sugar Snaps grow to 7 feet tall if given the chance. Pea fences are simple contraptions made of nylon netting and strung between two tall stakes or lightweight fence posts and this is a great method of trellising your peas. When you are finished just roll it up and put it away for next year. Don’t, however, underestimate the strength of the posts needed as a dense row of pea plants can catch plenty of wind—and it’s tough trying to get the vines back up again after a blow.

Also keep in mind that the space where you’re planting your peas will be available in late June to early July for other crops as the peas finish off. Consider what you’ll fill this space with to keep your garden productive through the entire growing season. It might be a great spot for heat-loving crops like eggplants, melons and squashes that you buy as starts at the garden center or that you started from seed in pots in April or early May.

As vines mature and peas appear on them, the foliage will begin to dry up from the bottom toward the top. This is normal and no cause for concern. Ultimately, the whole vine will dry up, losing much of its green color. When this happens, you will know it’s time to pull the crop out. Be sure to add the vines and any attached roots to the compost pile, for the pea plant is high in nutrients and its decomposition will enrich your garden for the following seasons.

Peas also make a great growing and learning project for kids. First, this obviously can’t be a Jack and the Beanstalk project. But it can be a Penelope or Peter pea pod or pea vine project. The pea seeds are large enough so that younger children can handle them but make sure they don’t put them in their mouths. Explain that the peas being planted came from pea pods that grew last year and that one small pea seed or pea can grow a vine that can produce dozens more pea pods and hundreds of new peas.

Questions you might want to raise are why the peas have to be planted in the ground instead of on the surface? That’s because the seeds need darkness to germinate (sprout and grow a new plant) and the moisture surrounding the seed once in the soil as well as the warmth from the sun as it heats the soil is what makes the seed sprout.

Then as the vine emerges you can explain why it reaches for the sky and why if the tendrils can’t attach to something the plant may not flower (Once the tendrils attach it stimulates the plant to continue growing and to flower). When the flowers open, they need to be pollinated. Who does this? Older children can be taught about fertilization and the pollination process and the importance of the insects that do this. But peas can be both cross-pollinated and self-pollinated, so this subject might be better learned from a simpler plant like the melons that have very large flowers that are visibly pollinated by bees.

Patience will also be a lesson because there isn’t any instant gratification with this project. The sugar snaps that will most appeal to kids’ tastes will take 60 to 70 days from seeding to harvest. And if your kids have been reluctant veggie eaters, there’s nothing that will change this faster than sugar snaps right from the vine and into the mouth.

Older children can also be taught what a legume is and the function of the nitrogen-producing nodules produced on the roots. You can even dig up a few roots to show them these cool nodules that make the pea one of the vegetables that produce their own fertilizer and also enrich the soil.

There’s even a lesson here on successional planting since the peas are finished early in the season giving you (and the kids) a chance to get in a second crop—maybe pumpkins or watermelons that you’ve already sown the seed for inside.