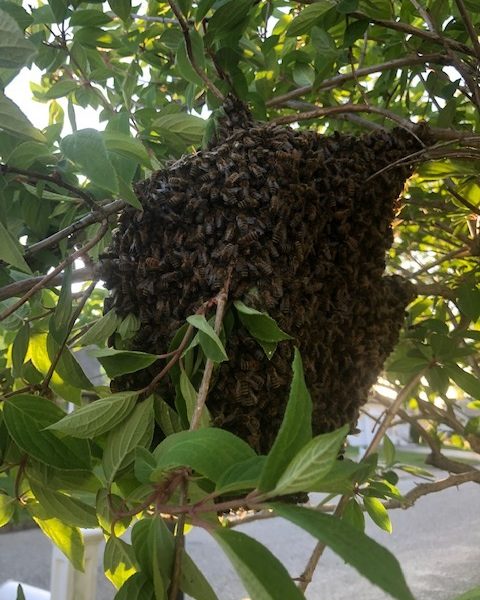 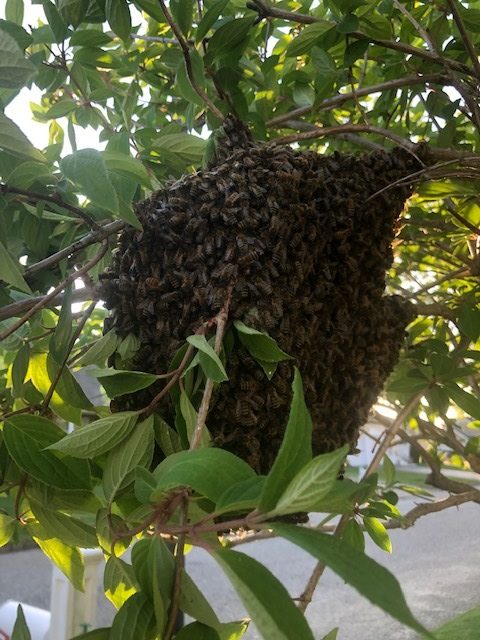 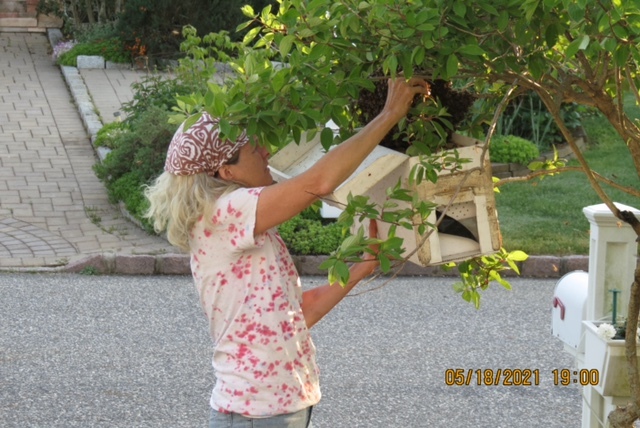 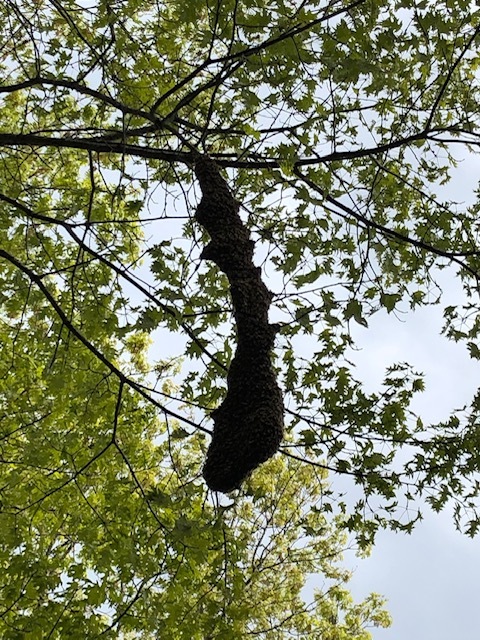 Imagine you walk out your front door one morning to find a huge cluster of bees hanging from a nearby branch, your roof, maybe even draped from your car’s mirror. Assuming you’re not a beekeeper, and not someone inherently comfortable in the presence of a few thousand insects — any of which could, in theory, sting you — you could easily find the sight a smidge disturbing, even frightening.

But what you are seeing is anything but threatening. What you are seeing is a swarm of honeybees, the natural result of a nearby colony’s decision to create a new colony, sending the queen and half the bees off to find a new home. Honeybees tend to swarm in the spring, when food is plentiful, the weather is nice, and things in general are looking up. Consider it a testament to the health of the environment in your neighborhood.

For some, however, the sight of a swarm is followed shortly by a call to the local pest control company, demanding that someone get out there now and kill all those scary bees.

A new bill introduced by Al Krupski, the Suffolk County legislator for District 1, would make it illegal to kill a honeybee swarm or colony.

“As a farmer, I understand the value of pollinators,” Mr. Krupski said. “While honeybees aren’t native, they certainly are part of the whole pollinator universe, and you don’t want people spraying something that will kill something they haven’t even identified.”

Mr. Krupski, whose Peconic pumpkin farm hosts several beehives, said the issue was brought to his attention by Adrienne Esposito, the executive director of Citizens Campaign for the Environment. A similar bill was introduced in the state legislature in October 2019 by New York State Assemblyman Fred W. Thiele Jr. but has yet to pass.

“If we do this bill first on the county level, it will give a lot of incentive for legislators to pass it at the state level,” Ms. Esposito said. “Suffolk is the second-largest agricultural county in New York state, so Suffolk should have a meaningful commitment to preserving honeybees for the agricultural community. In 2019, the honeybee was declared the most important species on the planet by the Earthwatch Institute, and we really believe that if people understand this law, they will be more than willing to support it.”

At 2 p.m. on Tuesday, June 8, a public hearing on the bill will be held. “We’re hoping for input, for this to turn into a really meaningful discussion,” she said. “If beekeepers call in to testify, they can be asked questions by the legislators.”

“What we hope for is input,” Mr. Krupski added. “The whole point is to get good comments and suggestions, and then we can amend the bill as needed. It’s good to get involvement from everyone who’s interested.”

Deb Klughers, a certified Master Beekeeper and owner of Bonac Bees, one of the largest beekeeping businesses on Long Island, worked to get the state bill under consideration by launching a petition on change.org that garnered more than 5,000 signatures and agrees that action at the county level could provide needed impetus to the state bill.

“The biggest thing we need to accomplish is public education and awareness that there are options, and that honeybees are not aggressive by nature,” Ms. Klughers said. “A swarm is the most vulnerable life phase of a honeybee colony’s life — killing a swarm is like kicking a baby.”

Honeybees in a swarm are at their least dangerous. They can’t forage, they’re exposed to the weather, and their total focus is on getting the queen to a safe new home. They have no babies or food to protect, so no incentive to sting.

Ms. Klughers urges anybody who sees a swarm to call a beekeeper, who can capture and rehome it in a managed hive. “A lot of people think it’s better to just let them fly and go where they want, but only 20 percent of swarms will survive in the wild,” she said.

When bees swarm from an established colony, they don’t go far, usually first landing within a few hundred feet. Most of the bees focus on tending to the queen, while a few scouts go out to find a suitable place to call home. The swarm will stay where they first land for a few hours, a day or two at most. Their first choice for a permanent home is usually a hollow tree, but failing that, the bees may also choose to move into an attic, a wall — any protected space they can gain access to.

Once they move in, they begin building comb, the queen begins laying eggs, and the bees start to fill their new home with honey and pollen. If the colony has chosen a hollow tree, that might not be a problem, but if they’ve chosen to move into your wall, it can be a big problem. And pesticides aren’t the solution.

Poisoning an established colony leaves a toxic mess behind. Without the bees to maintain order, the larva will rot, honey will drip down inside your walls, and every kind of vermin in the neighborhood will be drawn to your house.

If you do have an established colony living someplace it just can’t stay, calling a beekeeper is the best solution. Beekeepers can remove the bees to a safe location, cutting out all the colony components to take along with them so the integrity of your building isn’t compromised.

As Ms. Esposito said, “It’s all of our obligation to protect honeybees, and this is one simple, easy, free way to achieve that goal.”

If you would like to join the discussion on Tuesday, June 8, you can sign up to receive the meeting invitation by filling out the online public hearing speaker form at scnylegislature.us/publichearing.

Tune in to the livestream to watch the hearing at 2 p.m. on June 8 here: livestream.com/scnylegislature

If you find a swarm or an established colony that needs to be relocated, you can find a beekeeper to help through the Long Island Beekeepers Club at longislandbeekeepers.org/report-a-swarm.