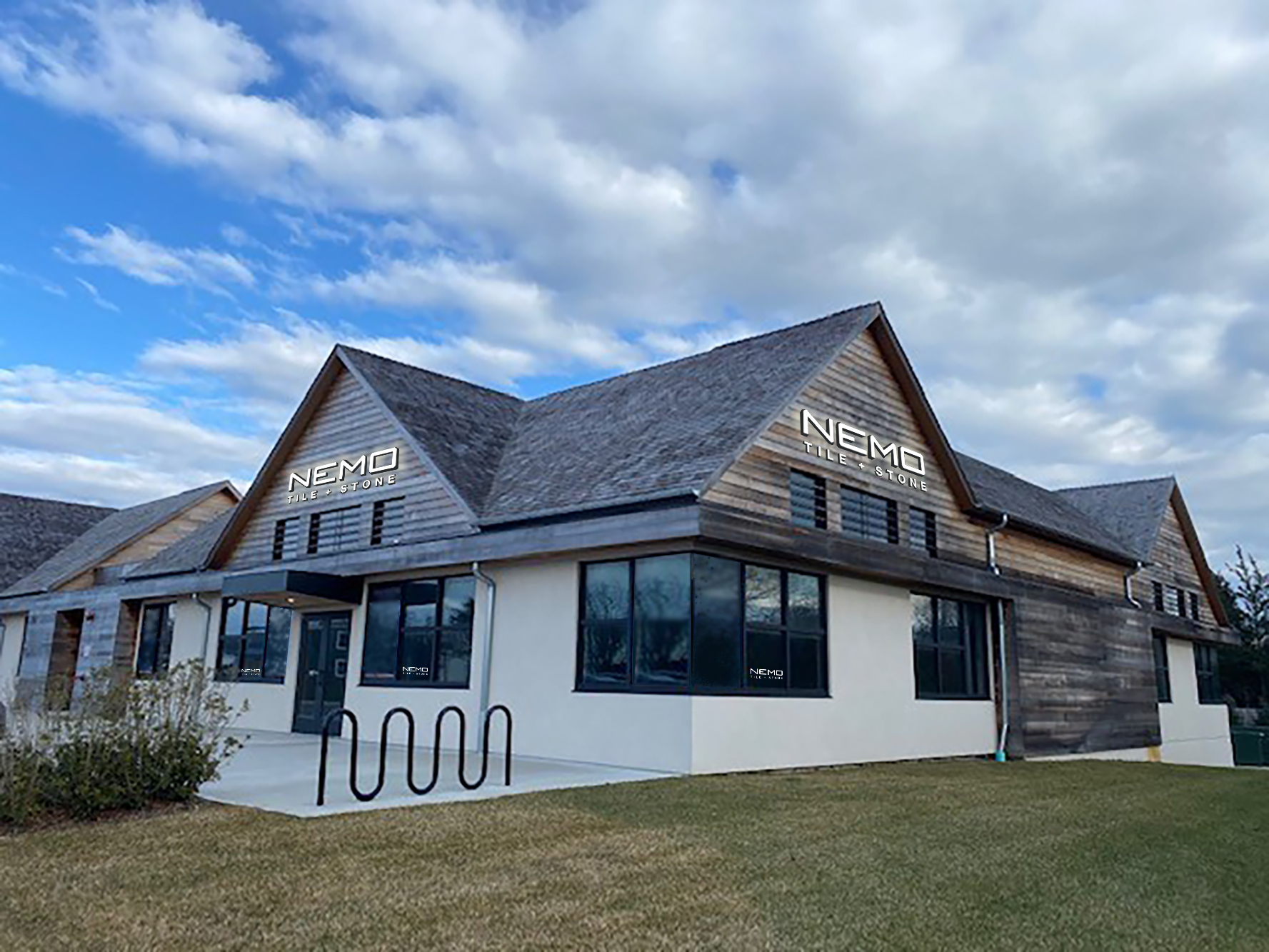 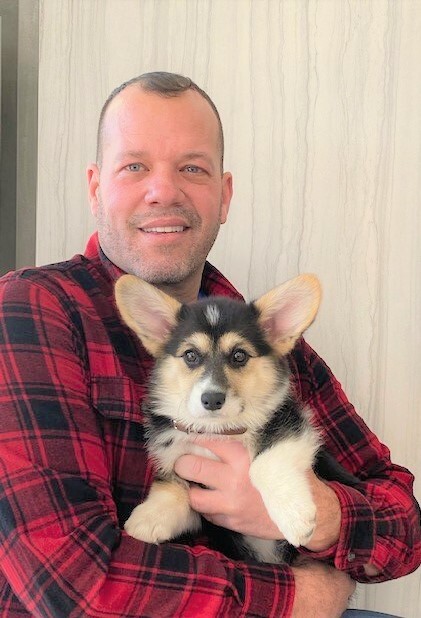 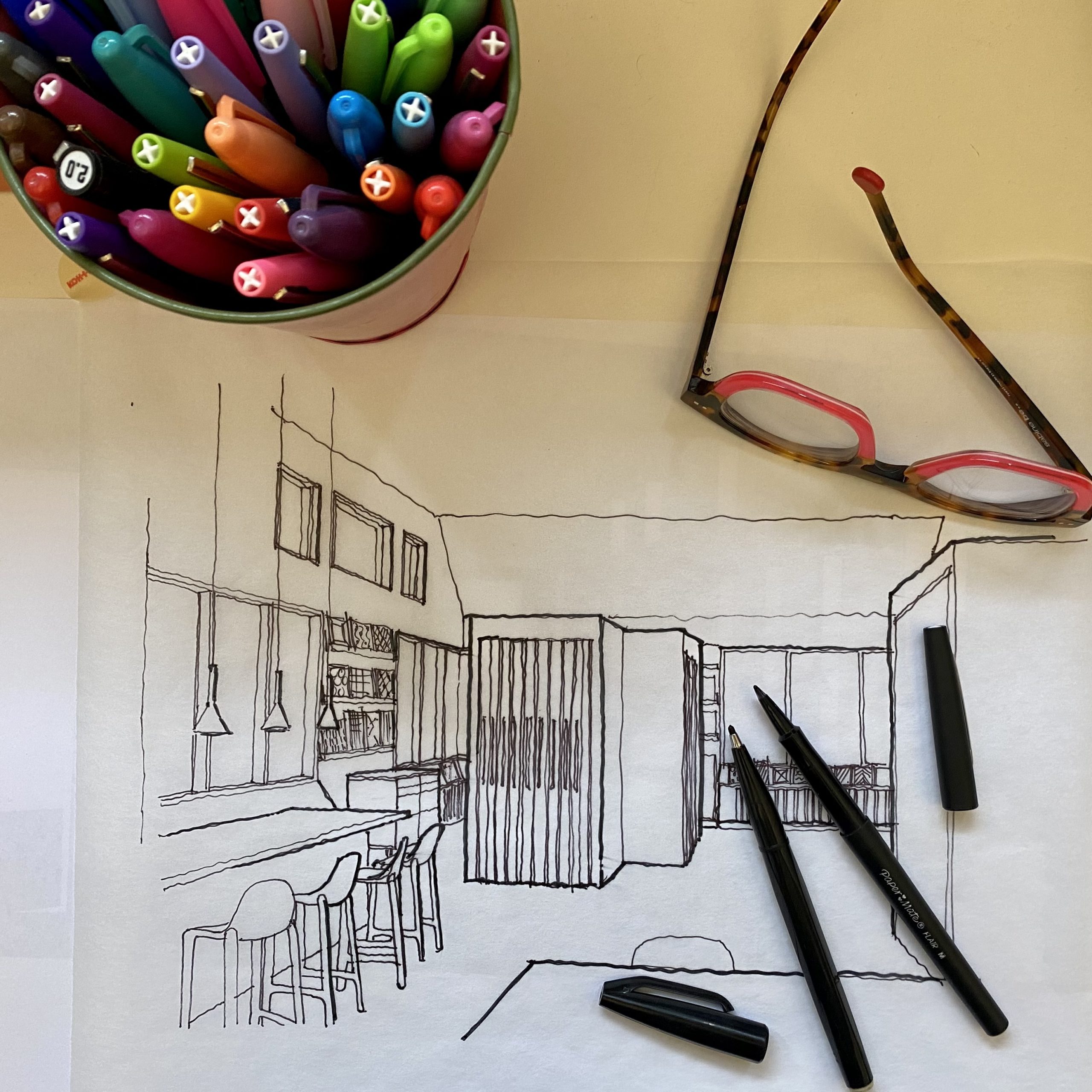 A sketch of the planned interior of the Nemo Tile + Stone showroom in Southampton. COURTESY NEMO TILE + STONE 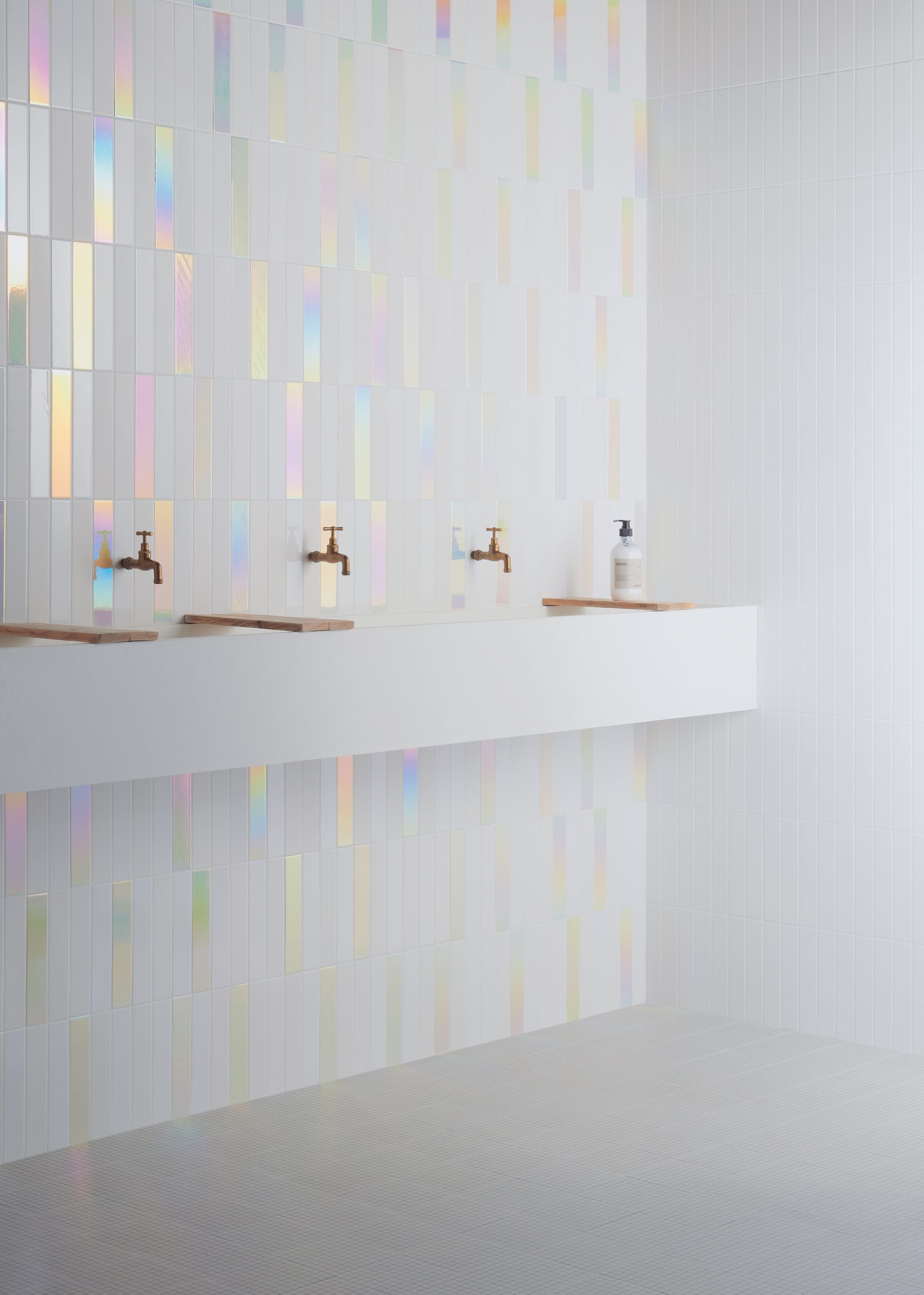 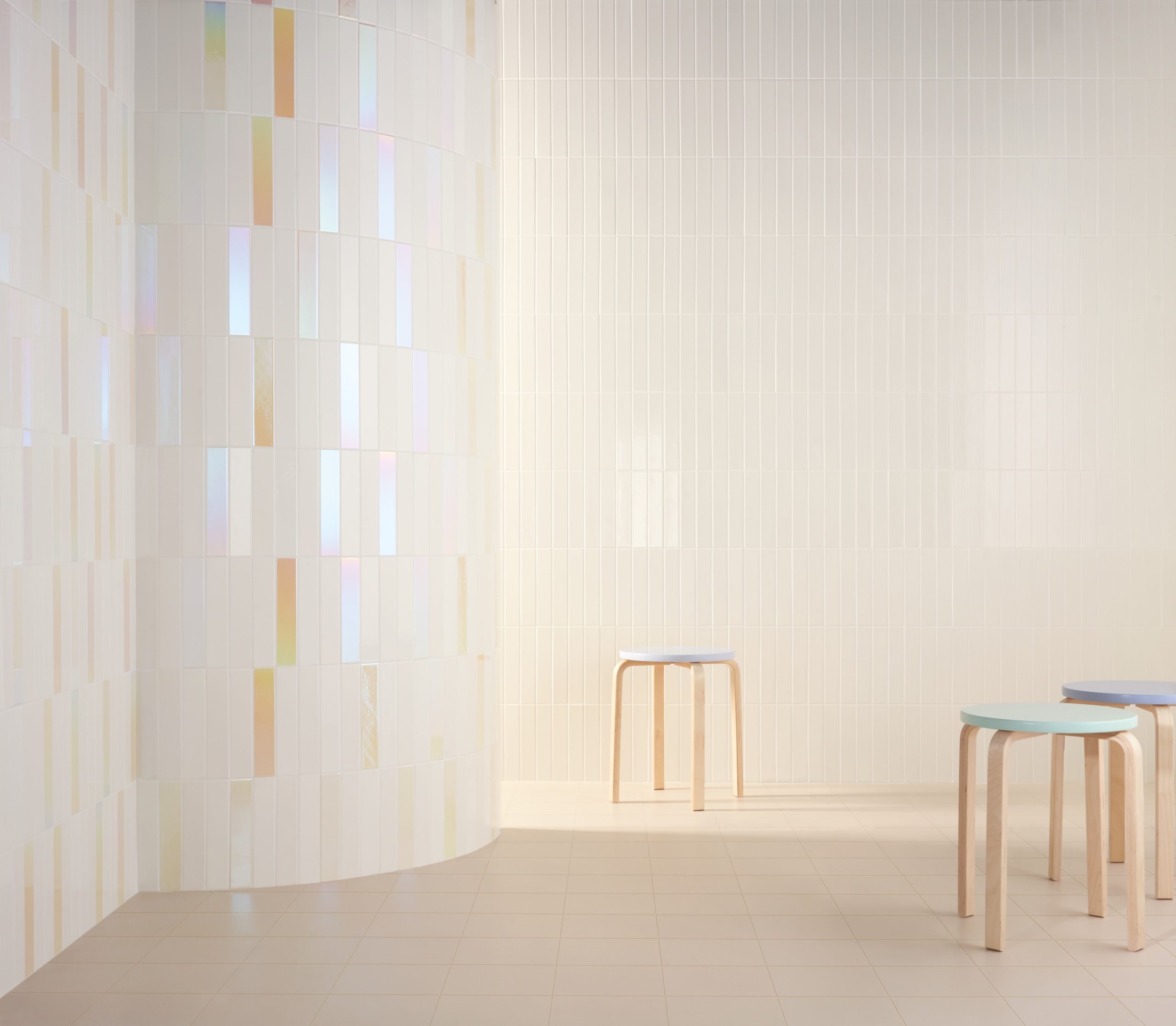 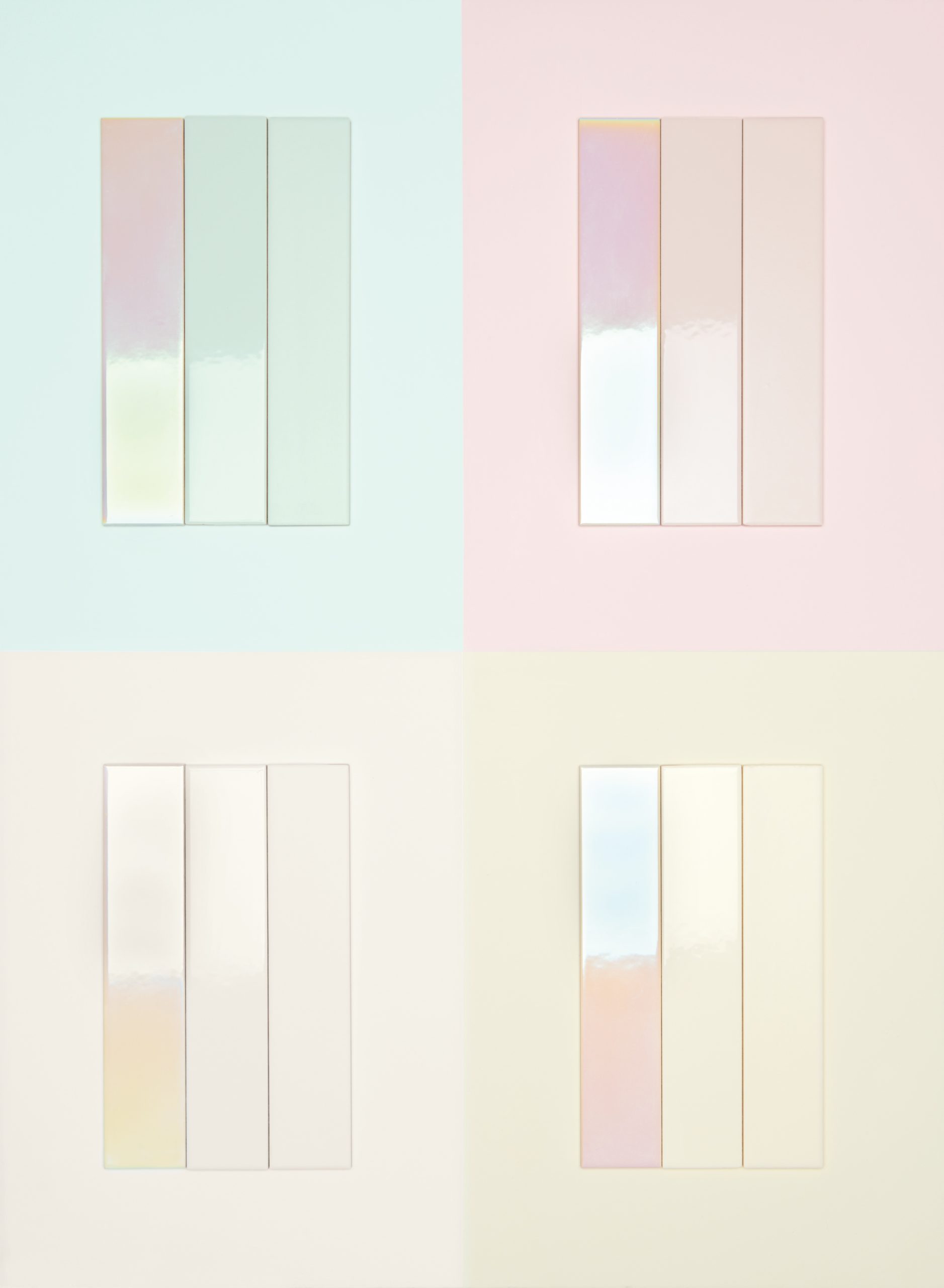 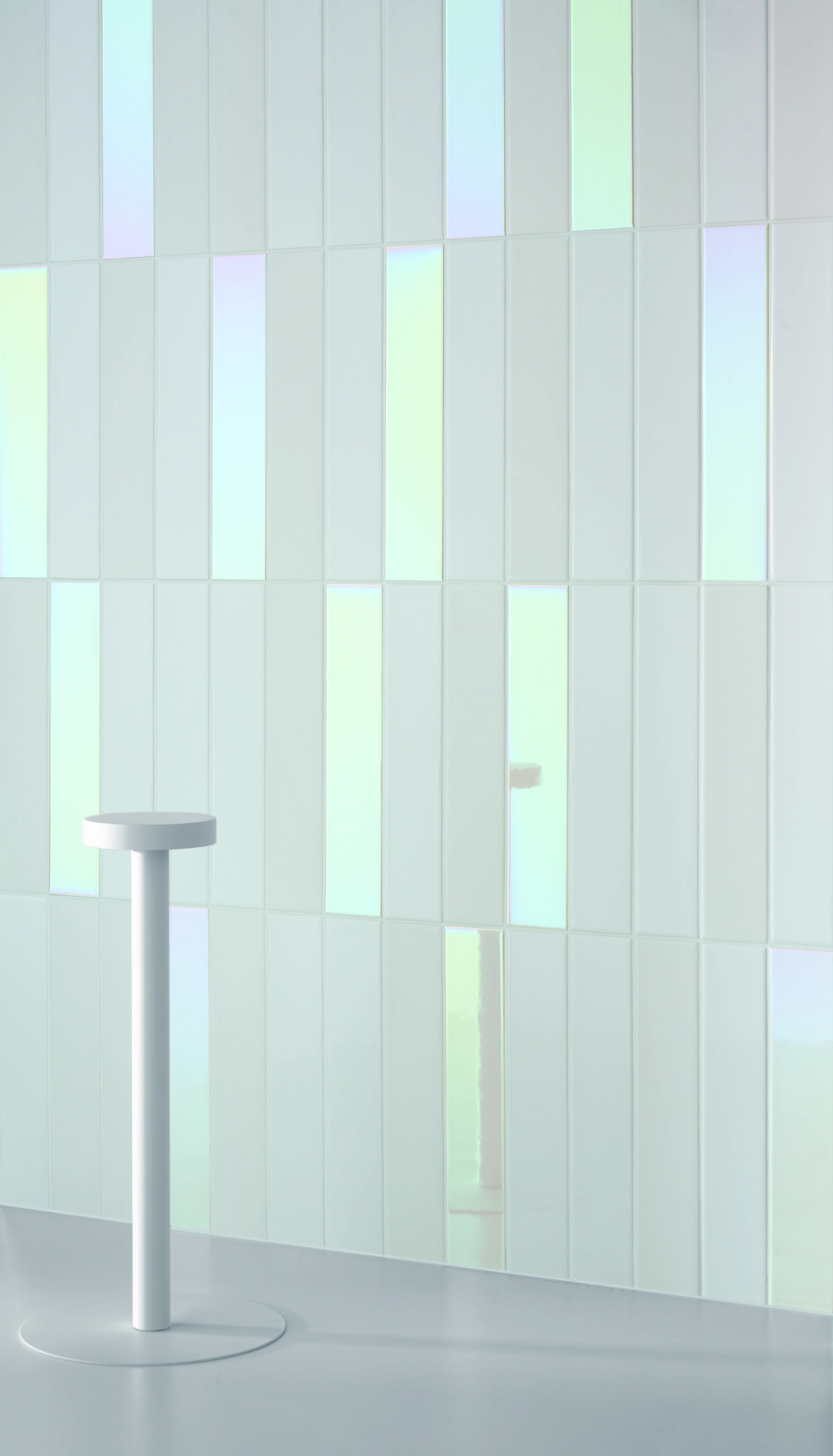 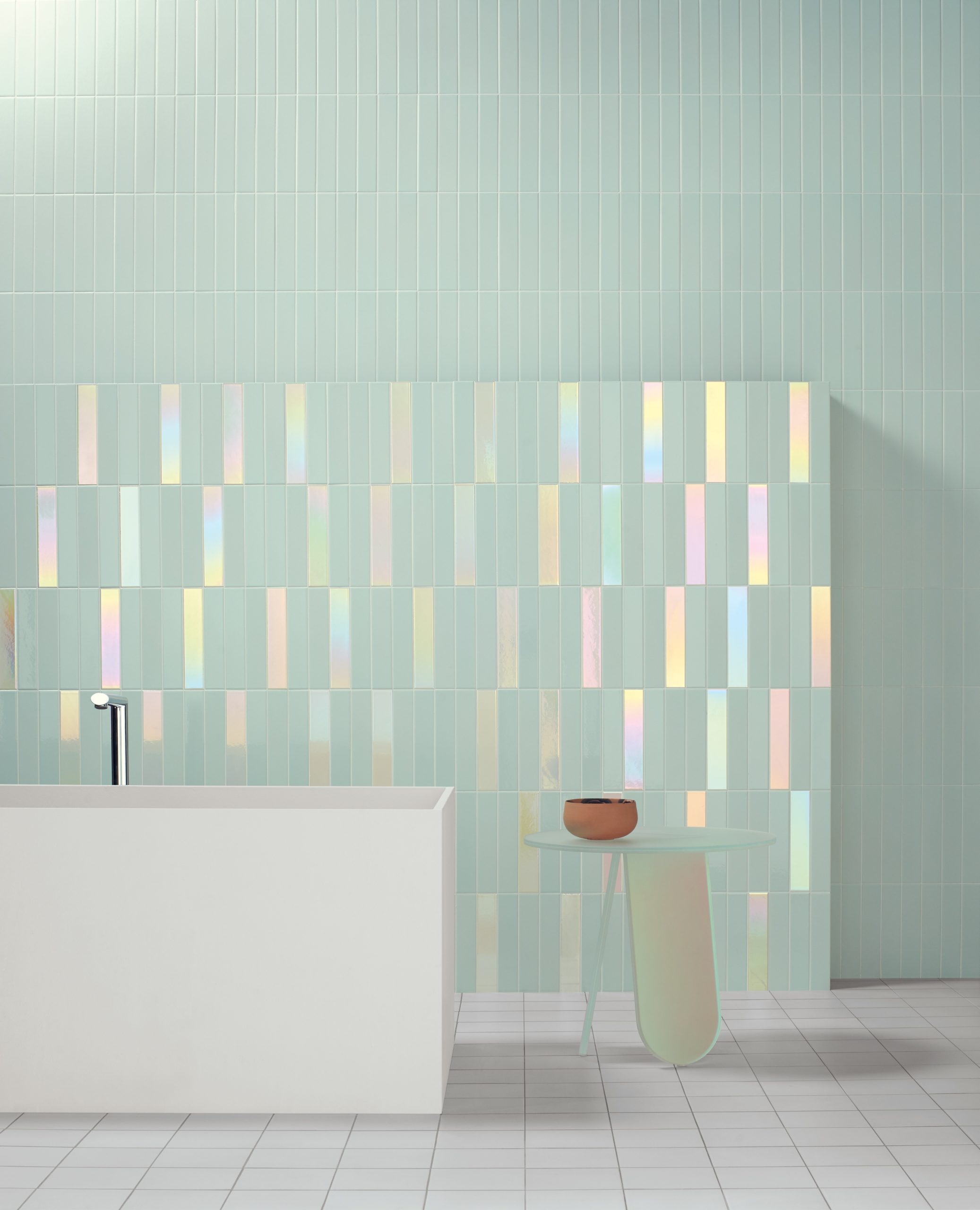 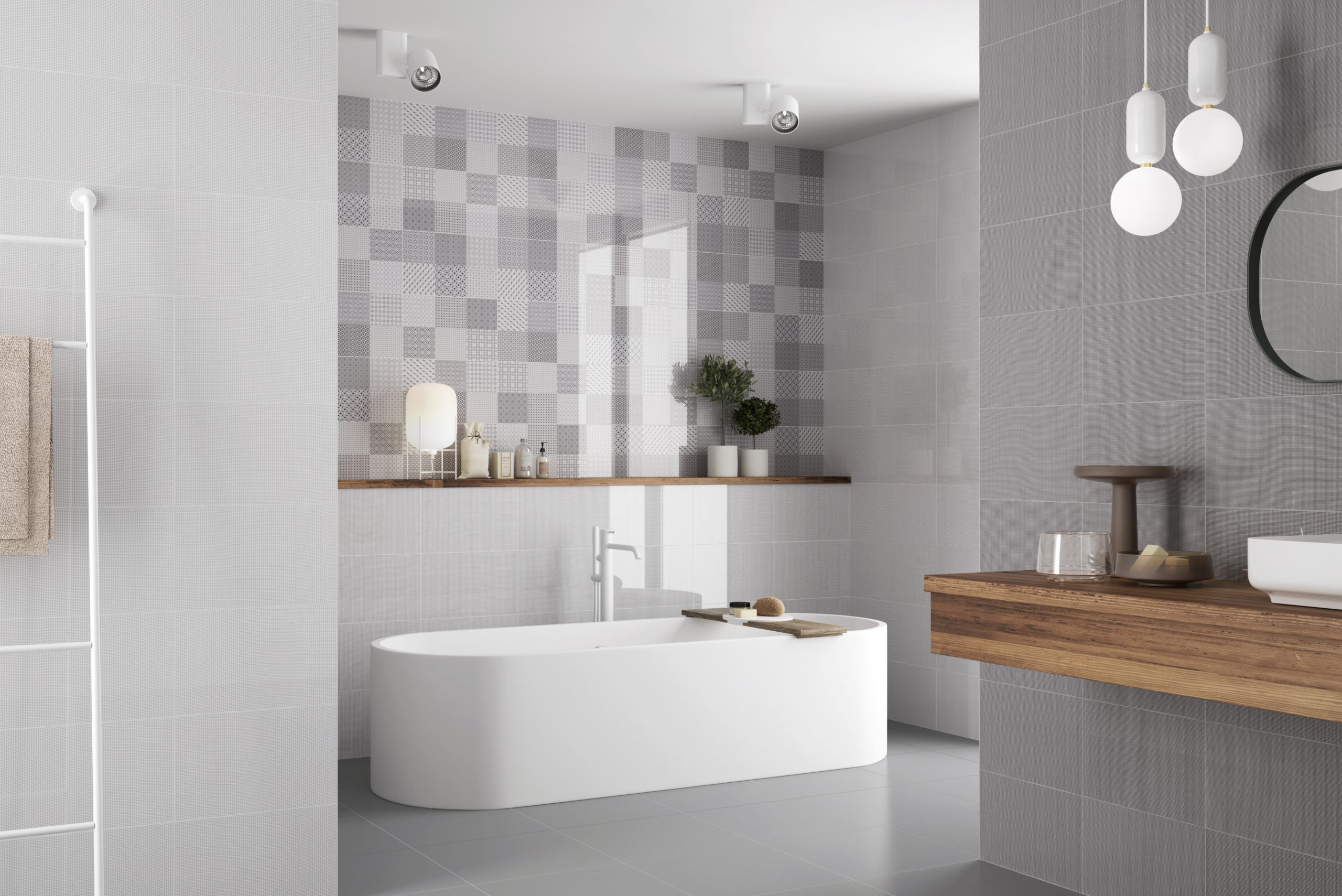 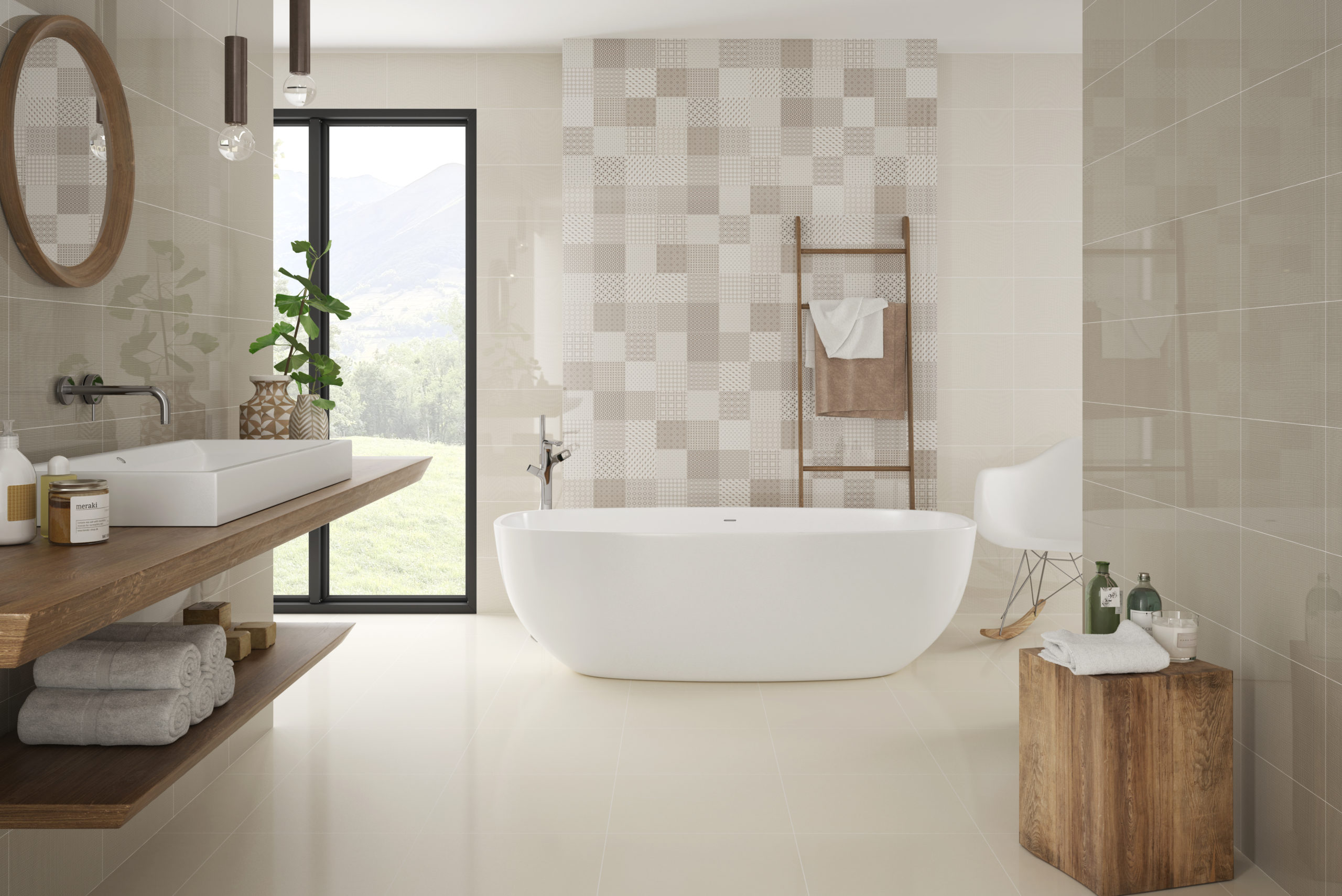 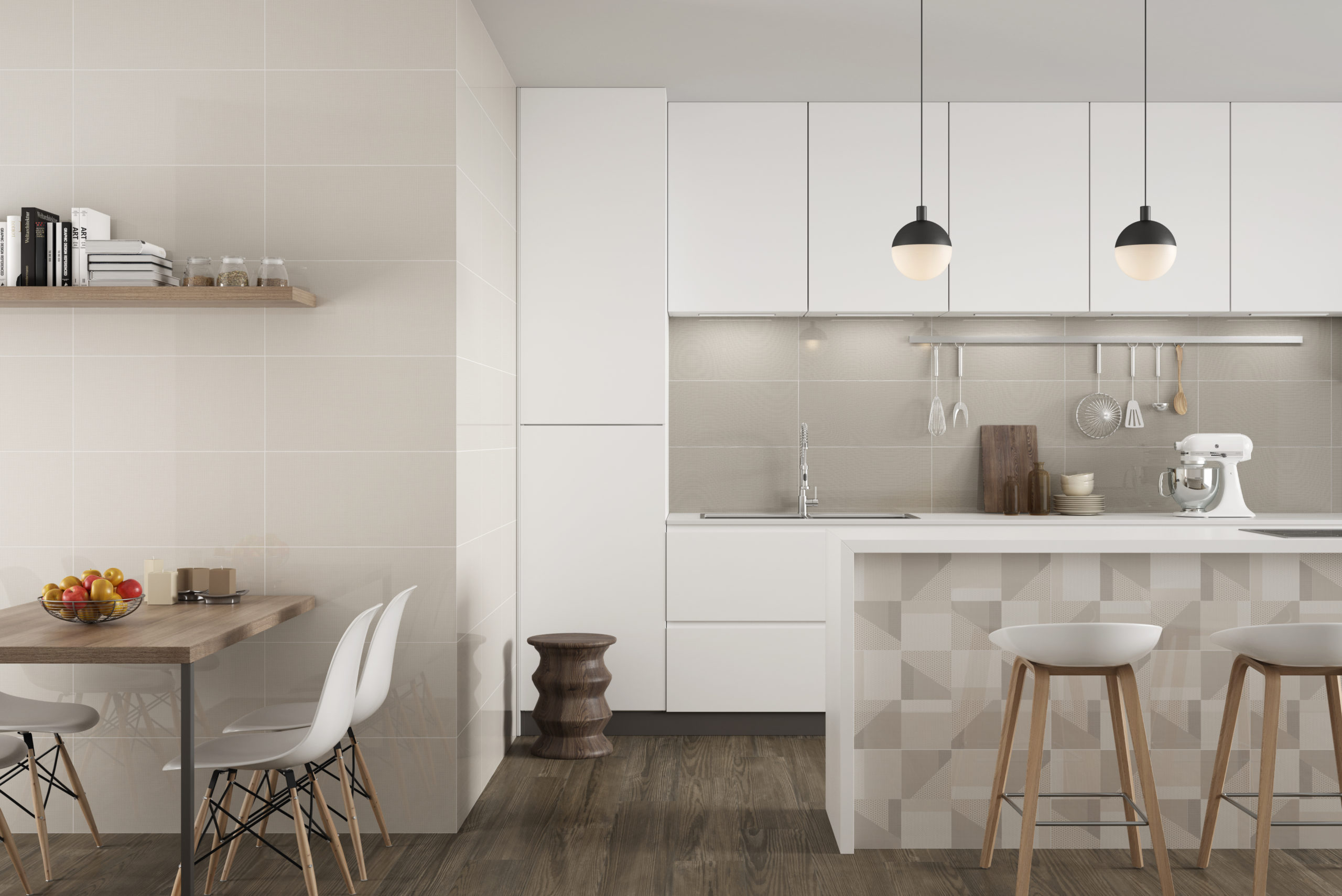 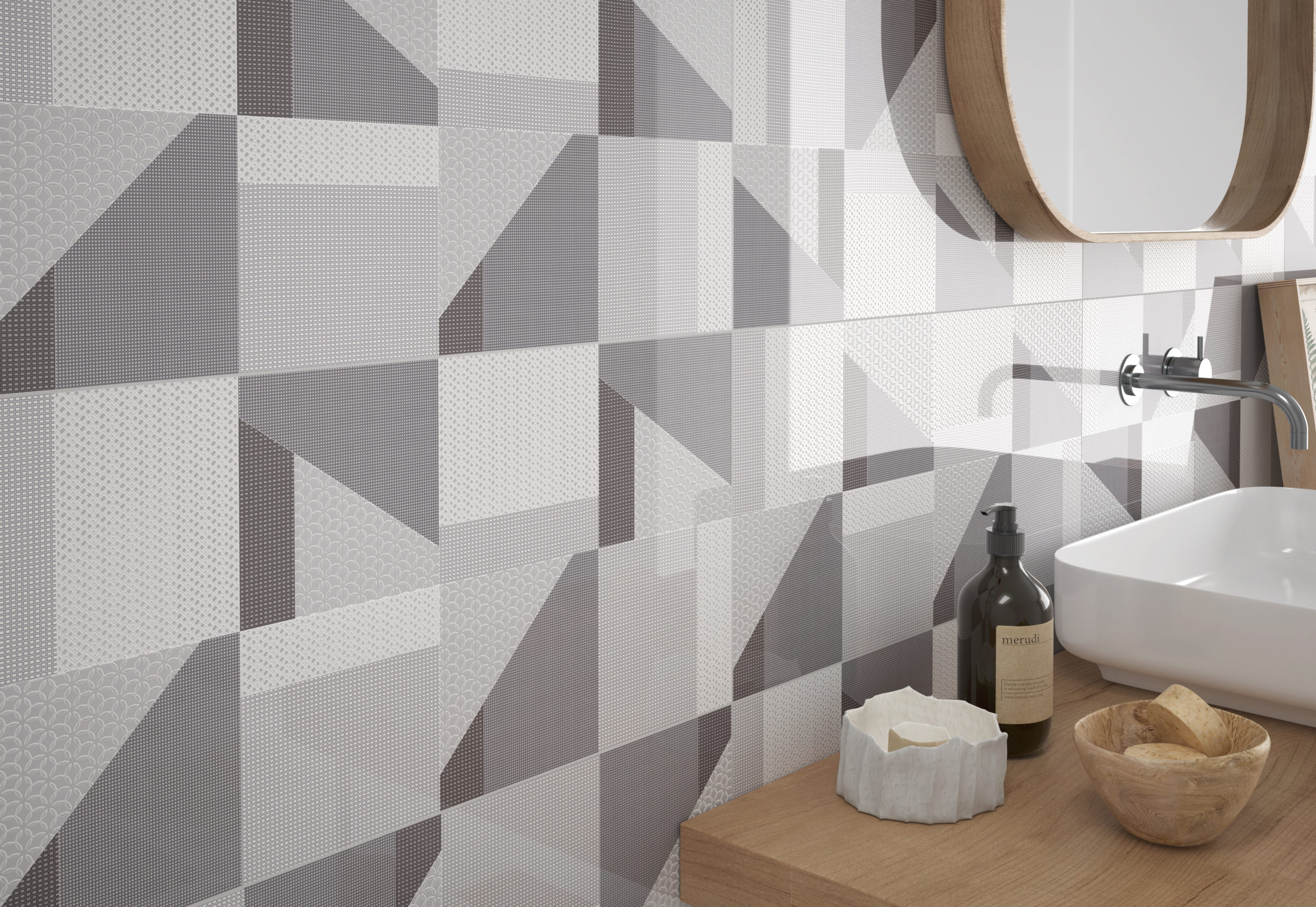 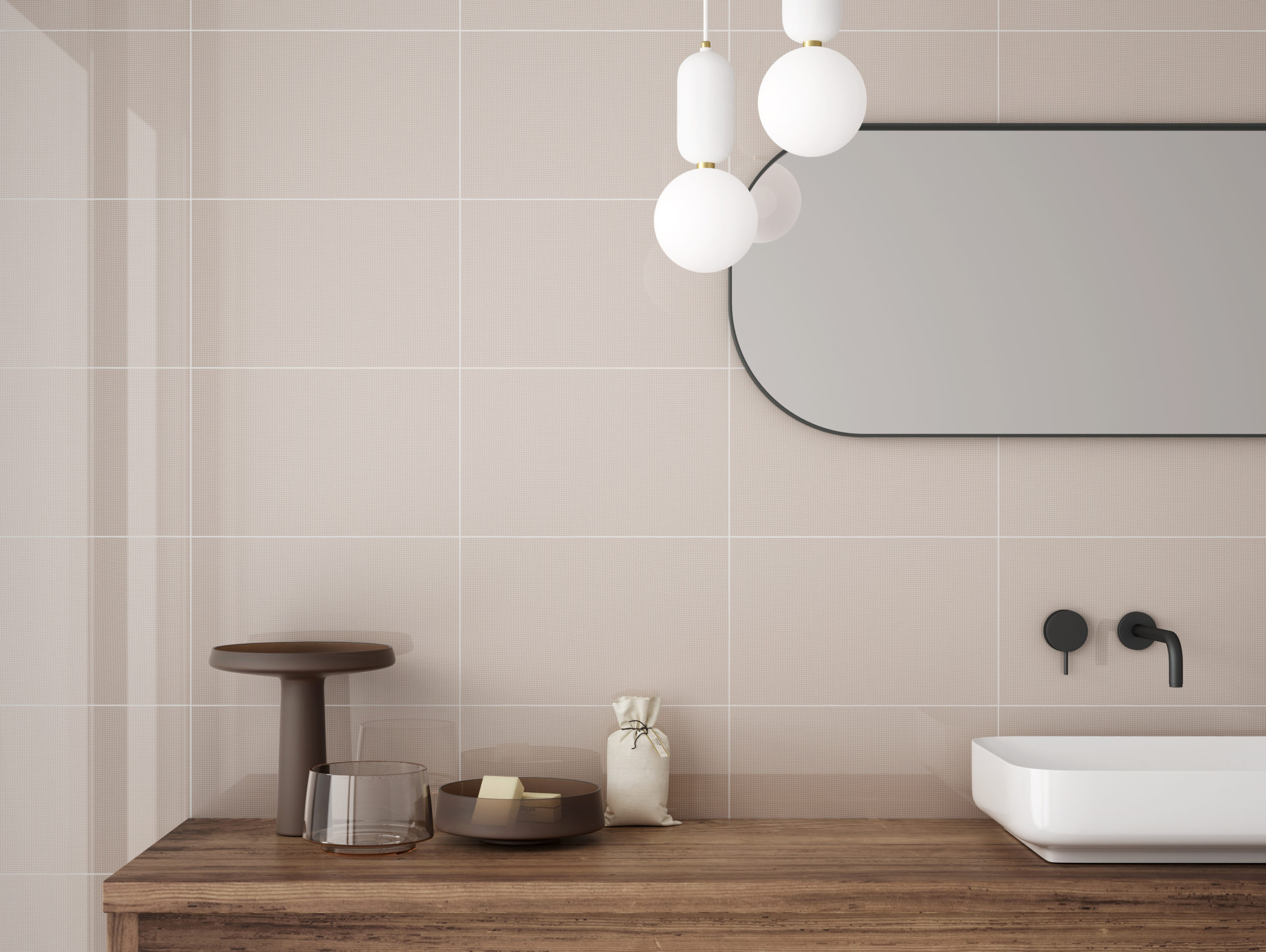 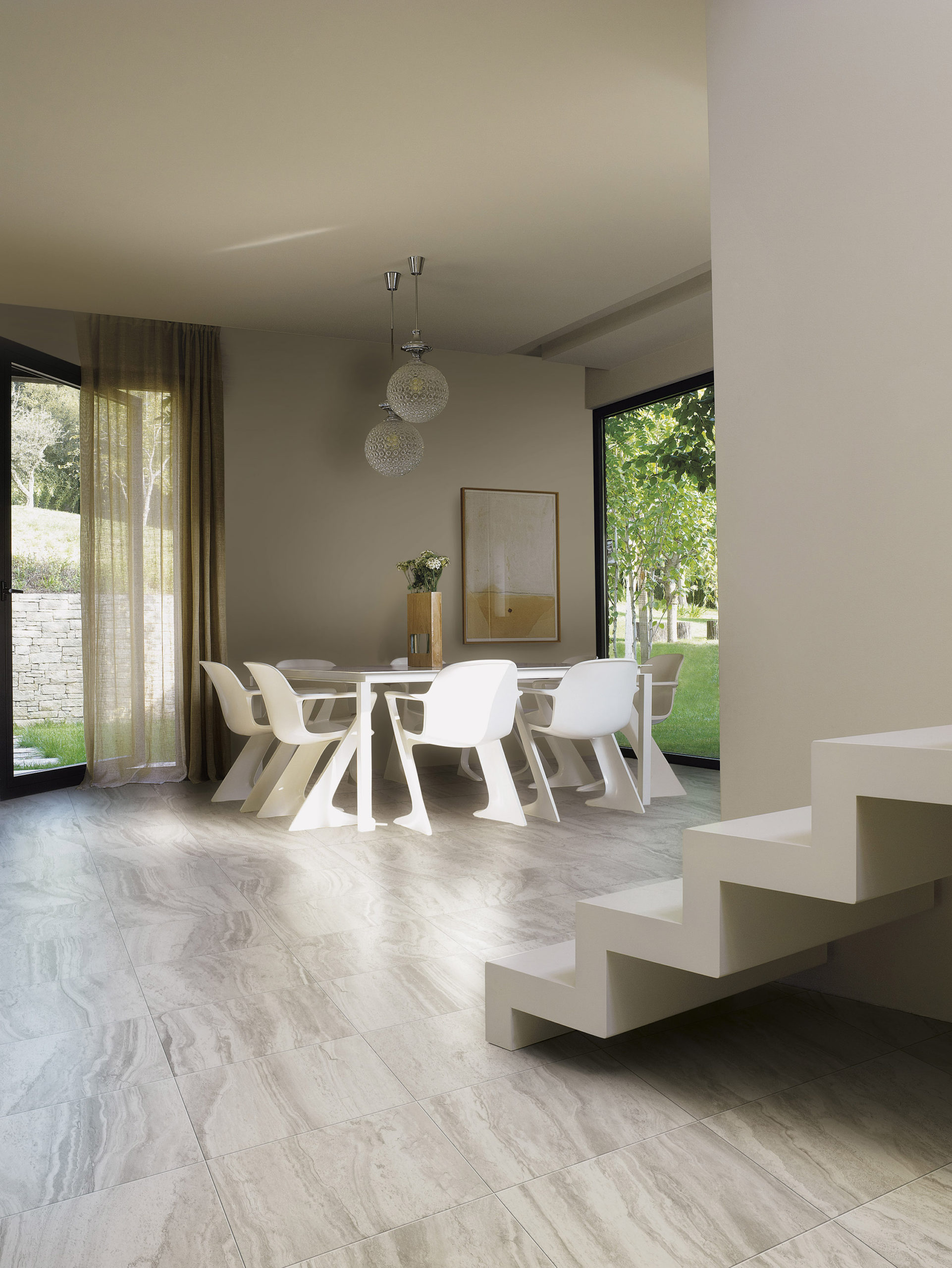 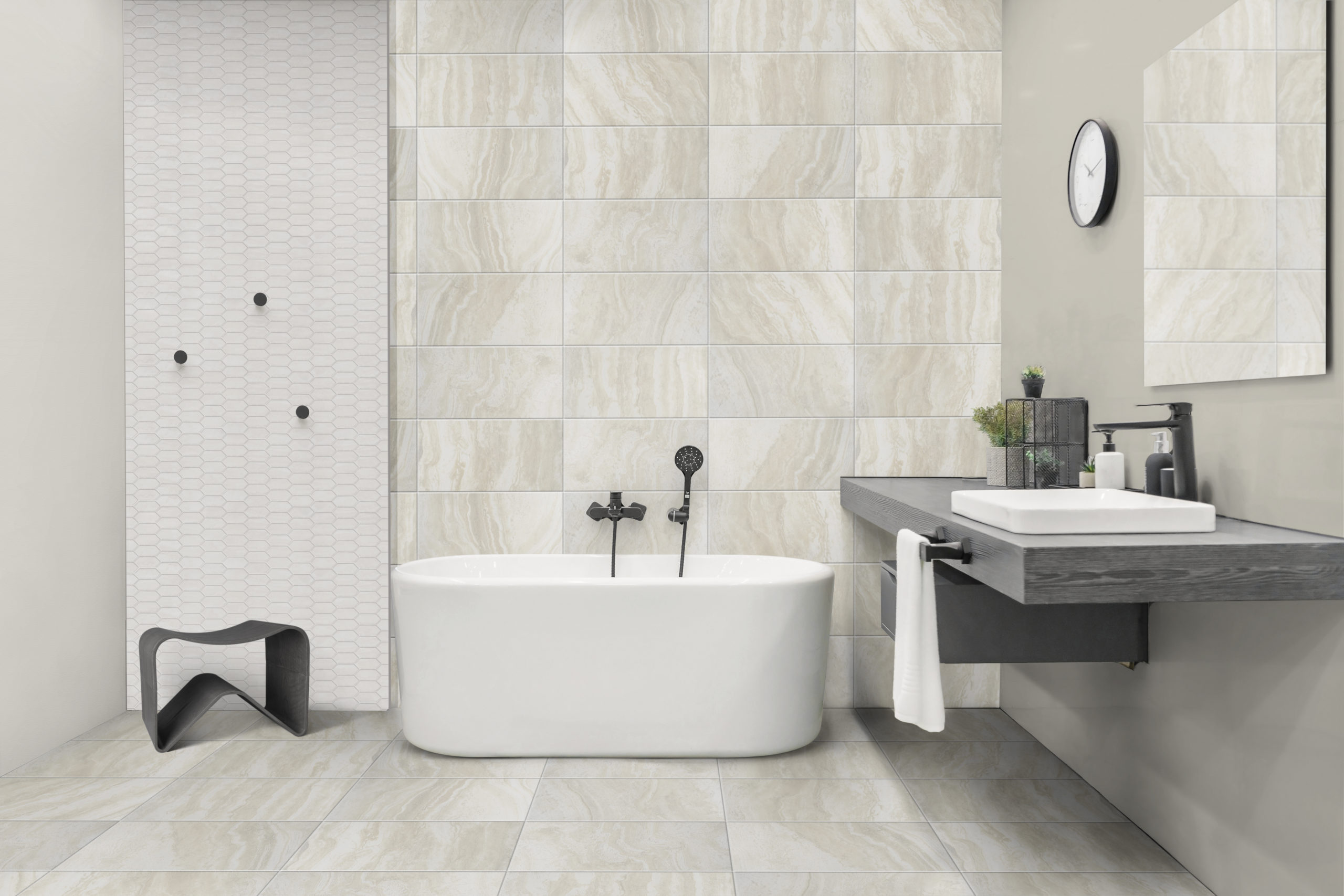 New York City-based Nemo Tile + Stone is expanding its reach to the East End with the opening of a showroom in Water Mill at the end of May with a local veteran of the tile and stone trade at the helm.

Herb Crestani is the showroom manager and design consultant for the new 5,700-square-foot facility at the intersection of Montauk Highway and Flying Point Road. He has worked in tile and stone in East Hampton for 17 years and has known Nemo owner and President Matt Karlin for about as long. They had long talked about working together on a showroom in the Hamptons, and now the idea is coming to fruition.

Nemo has Manhattan, Boston, Philadelphia, Red Bank, Queens and Hicksville locations and is celebrating 100 years in business in 2021.

“We are eager to begin this chapter in the Hamptons, and expand our horizons further, bringing both Nemo Tile + Stone’s expertise and extensive lineup of products to our long-time clients who have relocated out east during the pandemic,” Mr. Karlin said in a statement. “I am looking forward to seeing the success of the location and hit the ground running with the addition of an experienced team lead that is well-versed in the area’s needs.”

Mr. Crestani is tasked with overseeing the procurement of materials for customers and establishing and fostering relationships with clients. During a recent interview, he explained what clients can expect to see at the showroom and talked about design trends in tile and stone.

Having Nemo Tile + Stone in Southampton will bring a large selection and inventory to the East End that designers and architects often had to travel to Manhattan to see, he said. The showroom will also carry Schluter and Laticrete supplies for builders.

While the showroom will mostly serve designers and architects, Mr. Crestani also anticipates visits from retail clients and homeowners who want to experience it for themselves.

He said his approach is that a showroom is not selling tile, but rather it’s a place to design with tile. He helps with the layout and configurations of bathrooms, kitchens and other spaces where clients want tile and finds what will work best with their fabric and carpet swatches.

The new showroom will be modern, sleek and free of clutter, according to Mr. Crestani.

“Half of the showroom is going to be tile and stone,” he said. “The other half is displaying porcelain and stone slabs, which I think is something that’s really needed out here in the Hamptons.”

Slabs are often used in the Hamptons, but there are not many places to go see the materials, he said.

Nemo carries domestic products as well as imported porcelain and stone from Italy, the Philippines and South America, including some Nemo exclusives.

Mr. Crestani said the popularity of stone versus porcelain has flip-flopped in recent years: Now, porcelain is more popular than stone, 60 to 40.

He attributed porcelain’s rise in popularity to a few different reasons, starting with advances in technology. “Porcelains are just so well done,” he said, noting that they are now available in larger formats and the pixelation of the printing is much improved. “The porcelains have really taken over the market in a really good way.”

In fact, some porcelain products are nearly indistinguishable from stone.

“There are suppliers and vendors that we import that you can put the real stone next to the porcelain and it’s really hard to tell,” he said.

Another trend he’s observed is that in the last four to five years there are more people who want to bring the indoors out.

“There’s a lot of spaces where they want continuous flow that goes into the exterior, and I’ve been doing quite a bit of that,” he said.

New porcelain products help in that regard because the same materials used indoors can often be applied outdoors as well, providing continuity.

Porcelains are now found outdoors where natural stone would have been before, such as in pavers, stepping stones and pool coping.

“For so many years, basically our only access for exterior material was bluestone, and bluestone gets hot, it snags — like if you’re sitting on a coping with a bathing suit,” Mr. Crestani said.

Porcelain is indestructible and stain-free, while bluestone can stain, especially with suntan lotion around the pool, he noted.

Porcelain that’s just three-eighths of an inch thick can be used outdoors on a concrete slab, or three-quarter-inch porcelain can be set on a pedestal or sand or among grass where the permitted lot coverage is limited, he said.

While the showroom is being built out in a new building by Farrell Commercial, a division of Farrell Building Company in Bridgehampton, Nemo Tile + Stone is operating a temporary space from the same address, 56 Flying Point Road, Water Mill. It’s open from 9 a.m. to 5 p.m. Monday through Friday. The showroom is slated to open in late spring, but an exact date has not been set. For more information, visit nemotile.com.

After a few years off, Guild Hall of East Hampton has brought back its annual ... 22 Jun 2021 by Staff Writer

Of all the rooms in a fine Hamptons home, or any home, really, a kitchen ... by Oliver Peterson

Martha Stewart led a discussion about the work of renowned architect Grosvenor Atterbury with New ... by Staff Writer

Paul Wagner of Greener Pastures Organics will present “Going Organic — Roses in Your Garden” at Peconic Land Trust’s Bridge Gardens on Tuesday, June 29, at 3 p.m. Mr. Wagner will lead a walk through the large rose garden at Bridge Gardens and share techniques for organic rose care. He has been working with Rick Bogusch, the Bridge Gardens garden director, to make organic applications to keep the roses looking their best on even hot and humid days. Admission is $5 per person and reservations are required. Call 631-283-3195 extension 17 and leave your name and call-back number, or email ... by Staff Writer

Six private gardens around Sag Harbor Village will be open to the public for the ... 14 Jun 2021 by Staff Writer

Staking and tying plants in the garden seems particularly relevant this year because most of ... by Andrew Messinger

Entomologist Doug Tallamy of the University of Delaware will present “Nature’s Best Hope,” his talk ... 8 Jun 2021 by Brendan J. O’Reilly