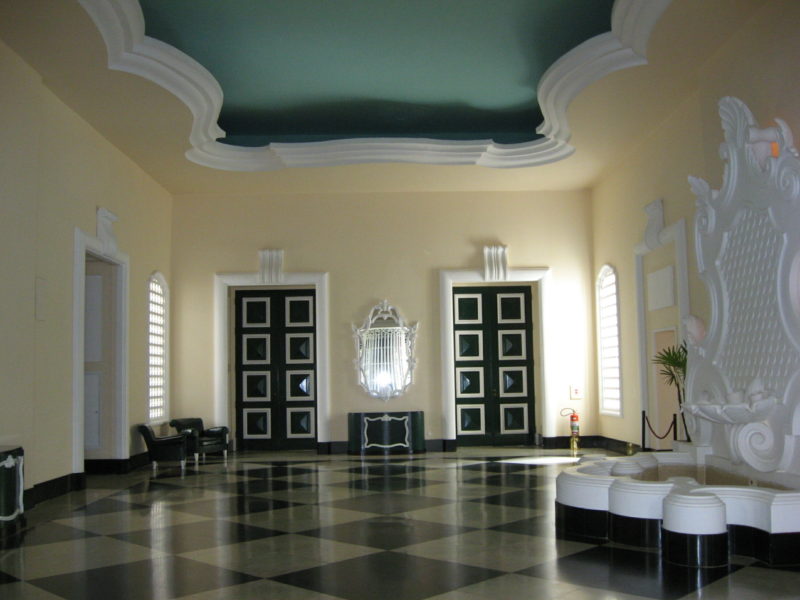 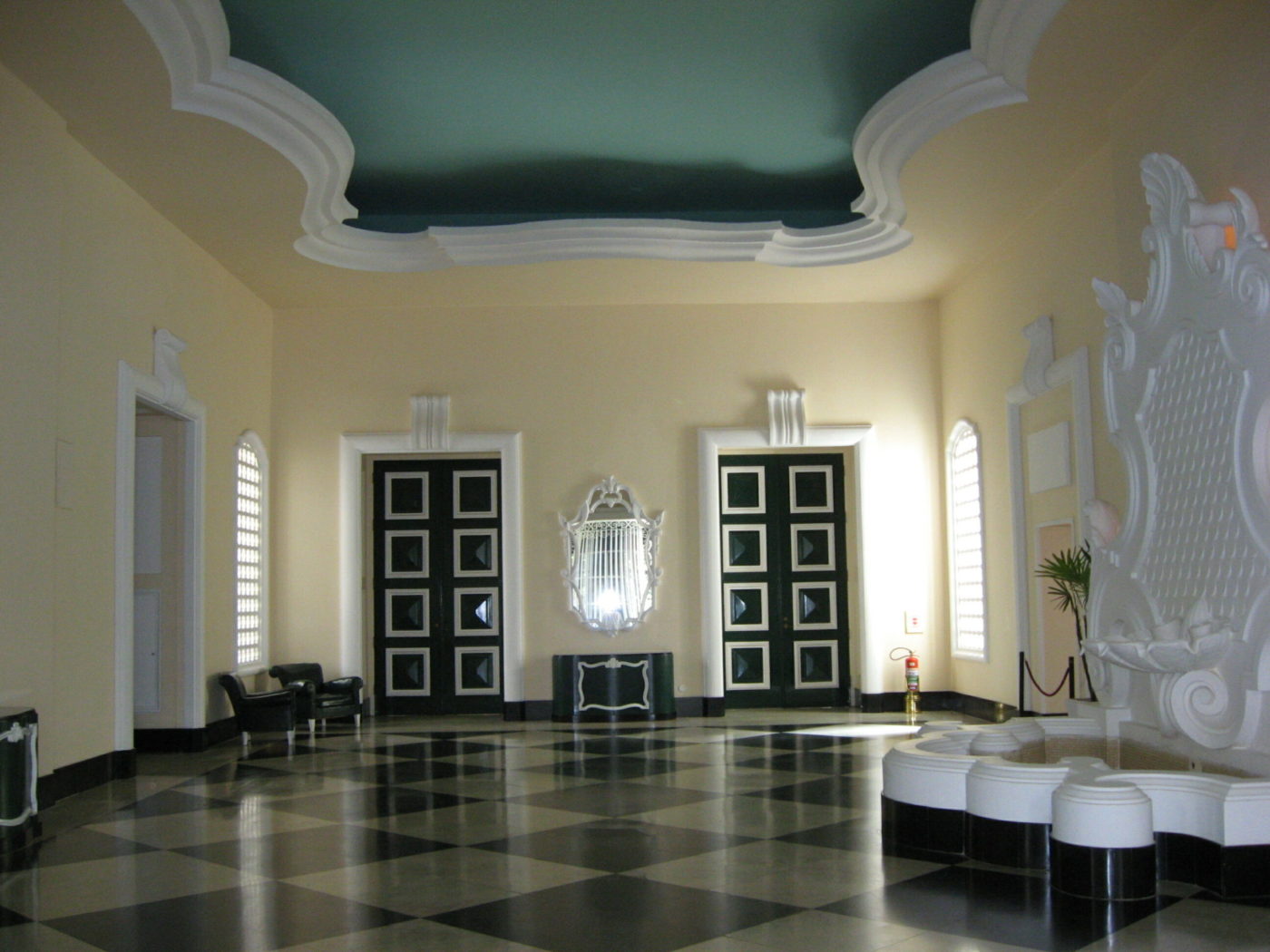 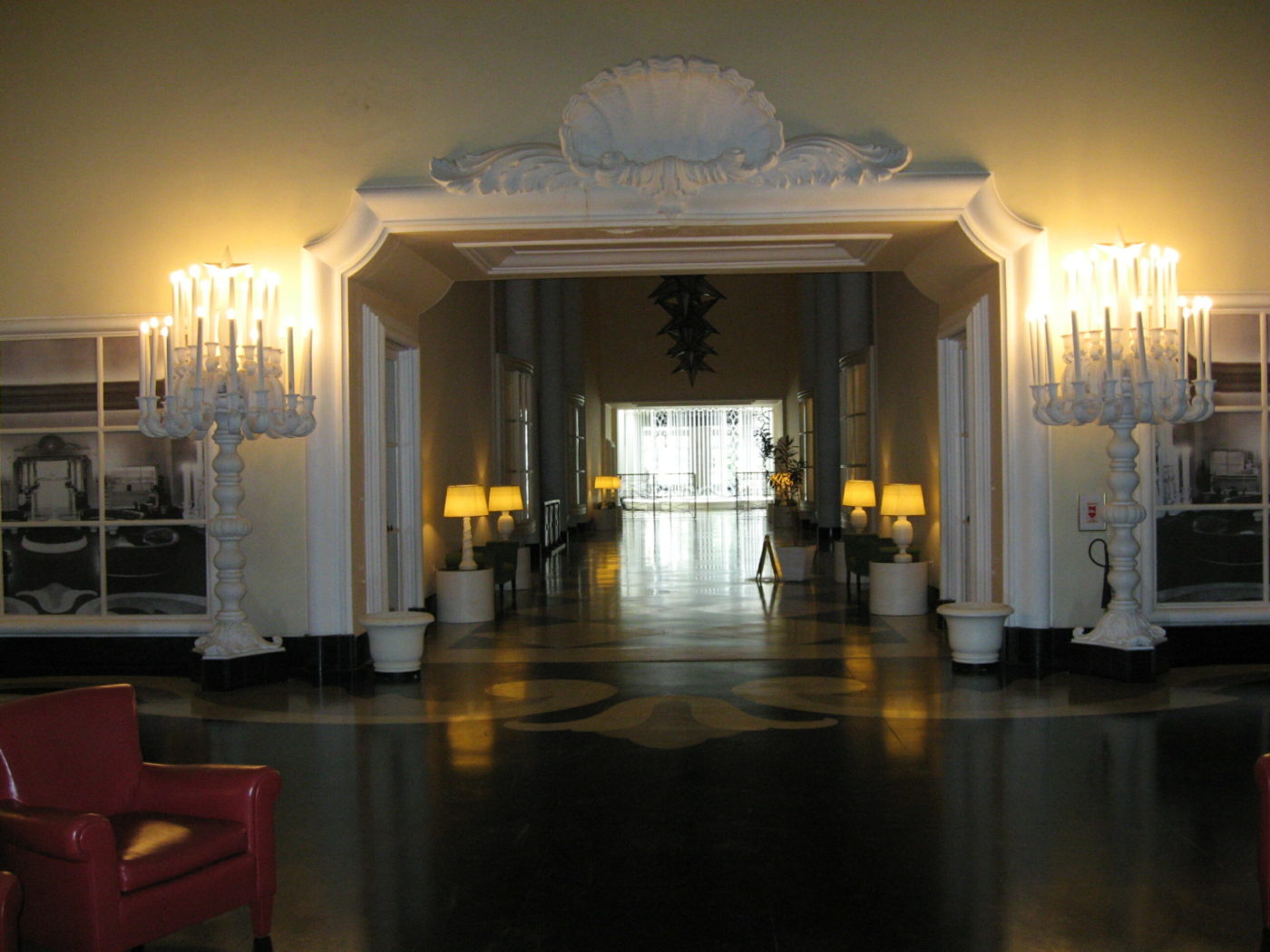 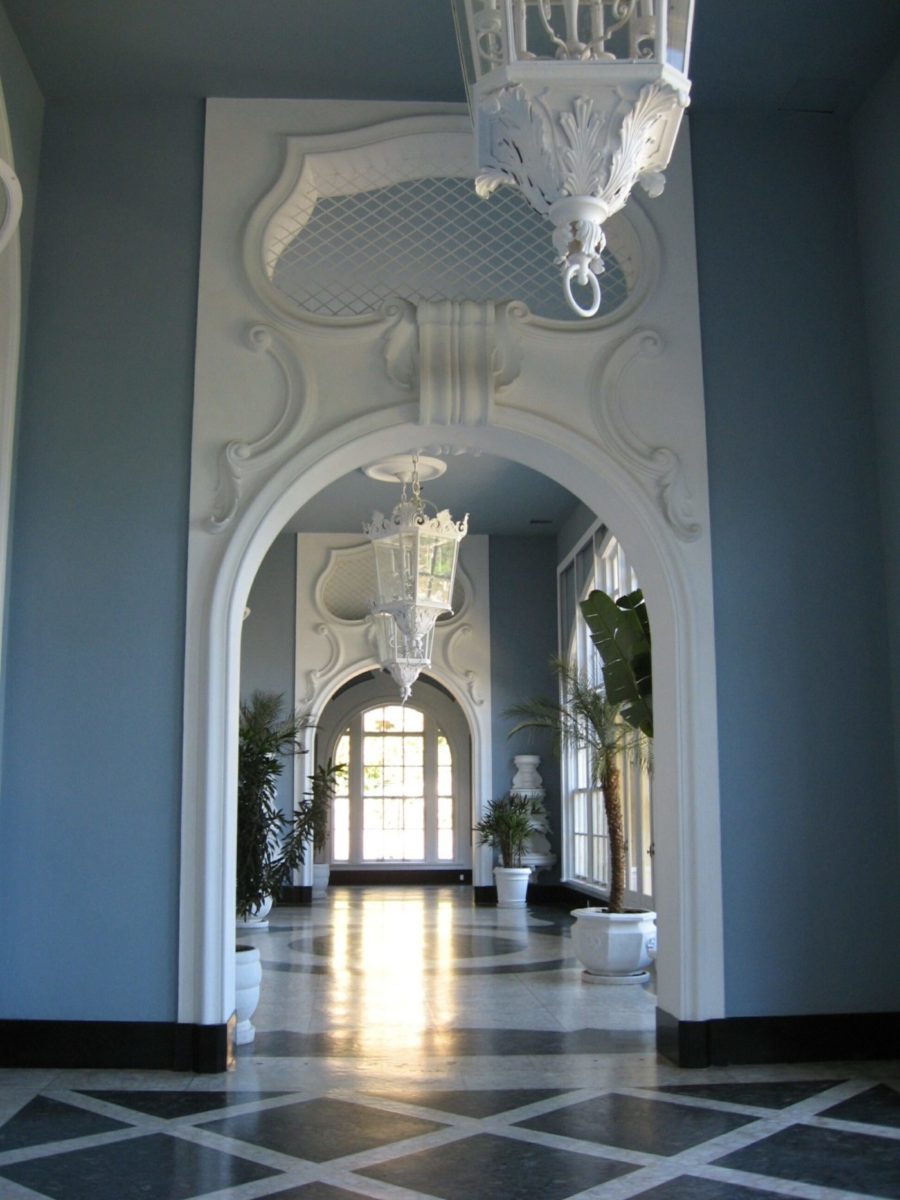 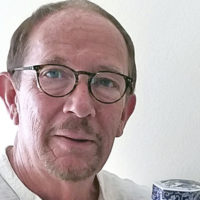 According to the trendsetters and color predictors, the next big color that will be showing up in houses is pink.

An underrated color, in my opinion, usually orphaned to a teenage girl’s room or nursery. I hereby endorse the use of pink as a wall color!

The trend in furniture and decoration is something called Hollywood Regency, which makes one think of Busby Berkeley musicals of the 1930s and black and white movies of the same period. Well, that’s just what it is. It is becoming a sought after style for designers and buyers of furniture, accessories and lighting that reflect a flair for the dramatic, and it could be the next collecting craze.

But first, let’s examine the term “Hollywood Regency,” or, as it is sometimes called, “Regency Moderne.” This is a style of interior design characterized by bold use of color (did someone say pink?) and a lot of contrast often with metallic and glass accents meant to signify opulence and comfort. Hollywood Regency is typified by the glamorous homes and estates of the actors and actresses of Hollywood’s Golden Age, roughly from the 1920s to 1950s, and specifically, the work of designers Billy Haines and Dorothy Draper, who coined the term Hollywood Regency in the 1920s. I think Ms. Draper came to prefer the term Regency Moderne, since she really didn’t approve of Southern Californian designers.

So, what to look for are frivolously overdone yet sleek and modern furniture, repetitive ornament, blocks of contrasting color — especially pink(!), turquoise (from dark near-blue to bright pale sea foam), and yellow — black and white checkerboards, and sometimes very orderly but often asymmetric repetition in different textures. Lots of mirrors on the walls and laminated to furniture such as dressers and side tables. Animal prints abound; think zebra rugs, cheetah pillows and snakeskin-covered tables and cushions. Bamboo used as trimming and table legs, room-dividing screens in bamboo latticework, etc.

Exploring the phenomenon of Regency Moderne on the East End, I was introduced to Fred Bernstein of Shelter Island who has been decorating with this aesthetic for many years, albeit a little under the design radar. Like many of the designers of the Hollywood Regency period, he came from the apparel side of the design business, starting with fashion, fashion detailing and visual merchandising. As a creative director, his ethos was edgy (Fiorucci like), sophisticated, elegant and comfortable. His shop reflects both how he approaches design and the furniture and style he favors, which is very mid-century but with a deep bow to the art deco and art moderne movements, which preceded the 1950s.

Influenced by his own mother, who had a penchant for dressing in animal prints and who wallpapered their house in leopard print paper, it is not hard to understand Mr. Bernstein’s fascination with fusing fashion with interior design, since to him they go hand in hand. In his shop, one will find many of the kinds of furniture and accessories that define Hollywood Regency, from painted mirror cabinets to bold-colored lamps and over-scaled wardrobes.

The great thing about this to a collector is that these pieces are virtually one-of-a-kind. Almost all were commissioned works or experimental at the time. These sometimes odd combinations and bold use of color are what, according to Mr. Bernstein, make interiors look good, not to mention luxurious, while being comfortable spaces to live in. To the collector, this style is uniquely American and fixed in time. As a rule, the furniture is made of solid woods, the fabrics are lush and often reflective (satin for example), the colors are complementary to the furnishings, and perhaps most important, the effect is a stage or backdrop for the owner. Items from this period can sometimes be high in cost depending on the provenance, especially if it had been owned by a famous movie star. But many things are still quite reasonable and available. I’d say this “craze” has legs!