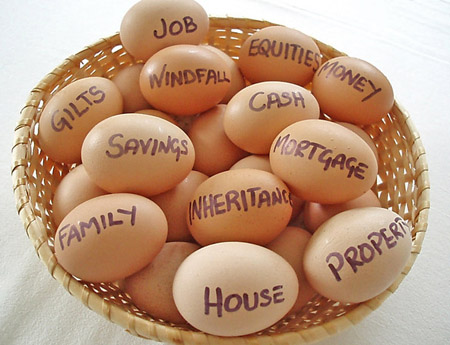 Did you refinance your mortgage during the days when credit was free and easy, when offers to “unlock” the value of your home arrived on nearly a daily basis?

Did you take a home-equity loan on your primary residence because you wanted to tap into the value of your property?

Are you paying a higher interest rate on your mortgage than what’s now commonly being offered by banks and other lenders?

Nationally, mortgage rates are between 4 and 5 percent and are expected to remain at such historically seductive levels for at least the balance of 2009.

In the not too distant past, nearly no homeowners borrowed or refinanced their property to reduce their interest rate. Most refinancing had been done for amounts that were larger than the amount of the previous loan or mortgage. While this enabled many to enhance their homes with physical improvements such as additional rooms, remodeled kitchens or adding swimming pools or tennis courts, it also sustained what became a harmful love affair with big-time debt.

Today, the pendulum has swung in the opposite direction. Many are looking to restructure their home loan because interest rates are very low and financial institutions may be willing to renegotiate rather than usher a client into foreclosure. Many banks such as JP Morgan Chase and Citigroup have created “relief programs” to help homeowners who may be anticipating trouble making loan payments.

The first step a homeowner looking to restructure a loan should take is to get in touch with the company that’s servicing the mortgage or loan. If you took your mortgage from a large bank, such as Citigroup, it may no longer be servicing your loan.

“This is part of the reason big banks are in such trouble today,” says Rocco Carriero, an adviser with Ameriprise Financial in Southampton. “Their credit standards were too loose and then most of the loans were ‘bundled’ and sold to other investment companies.”

If your mortgage was bundled off, chances are you cannot go to the original lender to renegotiate. You may, however, be able to refinance with another lender providing you have a good credit score and no other loans against the property. A fee is usually involved in any renegotiation.

“Check with a good mortgage broker,” Mr. Carriero advises. “They can often provide a multitude of choices and deal with numerous banks from across the country.”

For a referral to a reliable mortgage broker, check with a financial adviser or real estate lawyer.

“It’s possible to call your lender to see if they’ll renegotiate,” Mr. Carriero says. “Smaller regional and community banks are more likely to do this.”

Homeowners can also call HOPE NOW, an alliance between the U.S. Department of Housing and Urban Development (HUD) approved counseling agents, servicers, investors and other mortgage market participants to provide free foreclosure prevention assistance (www.hopenow.com/tel: 888-995-HOPE). Homeowners are urged to contact their lender as soon as they anticipate having difficulty meeting mortgage payments. It is not necessary to wait until the interest rate re-sets or until one is behind in payments. To have access to the most available options, it’s generally recommended to call for foreclosure-avoidance help sooner rather than later.

When not used to pay down debt, refinancing usually is not recommended as many homeowners have accessed the cash for the wrong reasons. Many actually increased their debt level by refinancing. This practice can actually make the borrower less desirable in the eyes of first-class lenders should they wish to borrow in the future as what’s probably their largest single asset, their home, is being used as collateral, meaning the more you borrow against it, the less of it one actually owns. If you’re considering bankruptcy, think again.

“Declaring bankruptcy should almost never be considered,” counsels Mr. Carriero. “This is usually a very irresponsible choice with very bad, long-term ramifications that people often do not take into adequate consideration when they first consider it.”

Individual credit ratings are commonly known as FICO scores. The acronym is derived from Fair Isaac Corp., a consulting firm that created the formula. It measures credit risk and is the most used credit score in the world. FICO scores are available through all of the major consumer reporting agencies in the United States and Canada: Equifax, Experian, TransUnion and PRBC. Lenders rely on it to determine credit rates for mortgages, credit cards and nearly all forms of borrowing.

FICO scores range from 300 to 850 and are based on five components including payment history, how much debt one has, the length of one’s credit history, the number of credit accounts one has and the type of credit, i.e., charge cards, student loans, mortgages etc.

A longer credit history will earn one a better FICO score than a shorter one. Similarly, obvious glitches in your payment history such as failing to pay income tax, missing mortgage, student loan or credit card payments will weaken one’s score. Even being irresponsible with such relatively small bills like those for cell phone or cable television service can reflect negatively on one’s credit report. Negligent treatment of hospital bills almost always impacts one’s credit score.

A lesser credit score results in stricter terms on any loan for which you may be applying. In today’s climate, lenders are insisting on stricter terms. Consider that for a $150,000 30-year, fixed-rate mortgage a person with FICO scores of 760 or better will pay $750 less per month than someone scoring below 620, for an annual savings of $9,000. A FICO score between 760 and 850 is considered excellent; 700 to 759 is very good. Those scoring from 590 to 669 are considered fair credit risk and will generally pay higher rates and probably need to make larger down payments or provide greater collateral. Those scoring lower than 589 are considered poor risks and will likely need a co-signer who assumes payment of the loan should the principal borrower fail to do so plus will pay higher rates as well as make a comparatively large down payment.

Most consumers can annually obtain a free, detailed credit report or credit file disclosure of their credit history at: www.AnnualCreditReport.com from each of the nationwide consumer credit reporting companies. This does not provide a credit score but includes a record of everyone who has received a report about you from a consumer reporting company within a certain time period. Individuals can fight identity theft by monitoring and reviewing their credit report.

While those offers to borrow against your home may be slowing down, it always pays to maintain a good credit score. Prospective employers often check applicants’ credit reports. A poor credit score may actually prevent one from landing a job.

Joseph Finora Jr. is a freelance writer in Laurel. Contact him at jfinora@optonline.net.