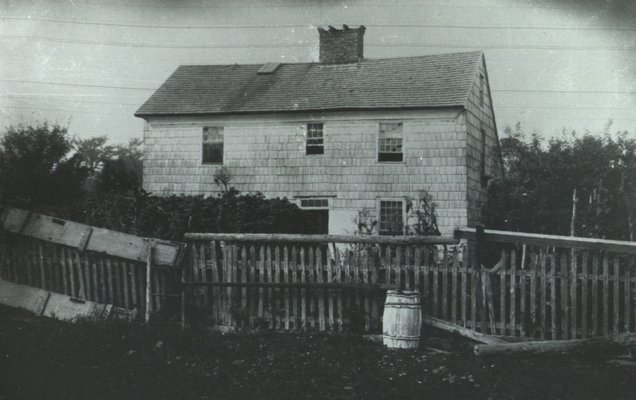 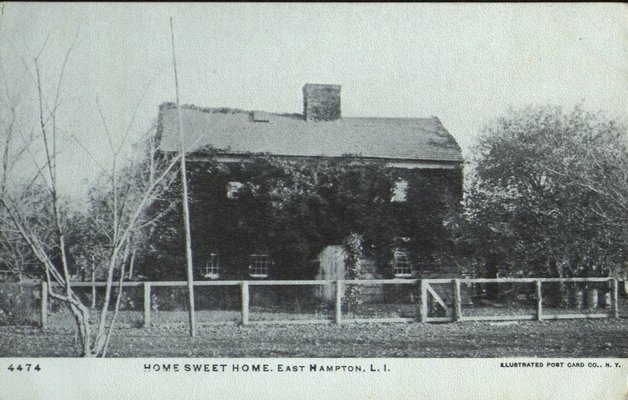 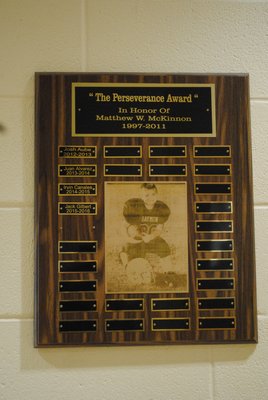 The names of the recipients of the Perseverance Award, in memory of Matthew McKinnon, are displayed on a plaque outside the Hampton Bays Middle School gymnasium. AMANDA BERNOCCO 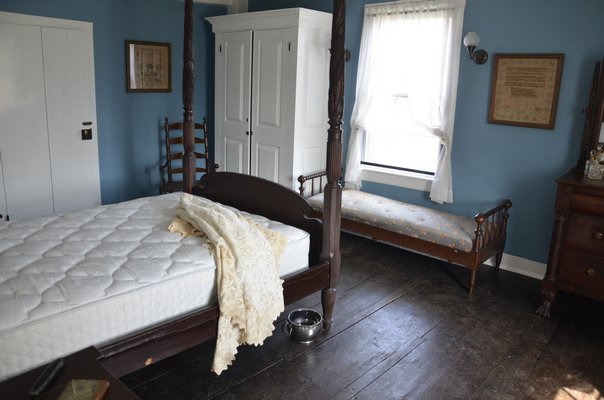 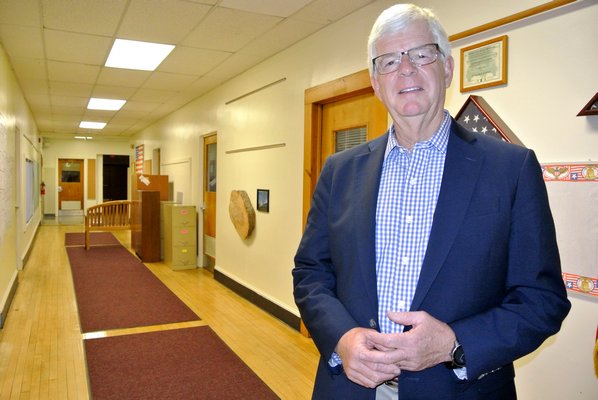 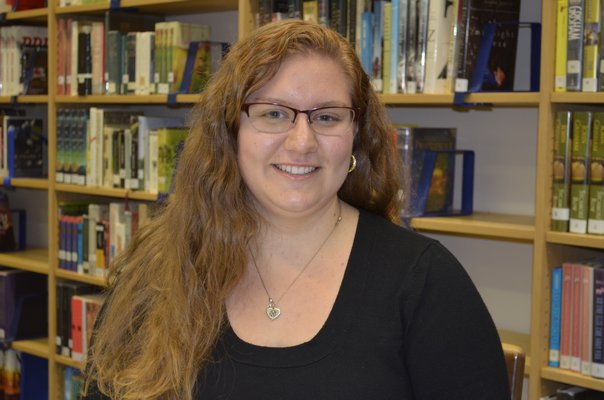 Victoria Blydenburgh has been nominated as Presidential Scholar. BY ERIN MCKINLEY 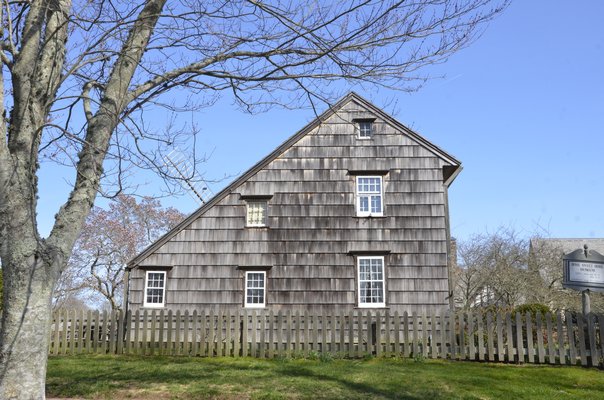 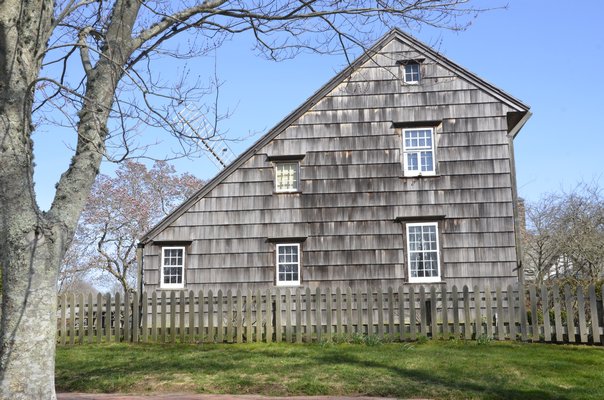 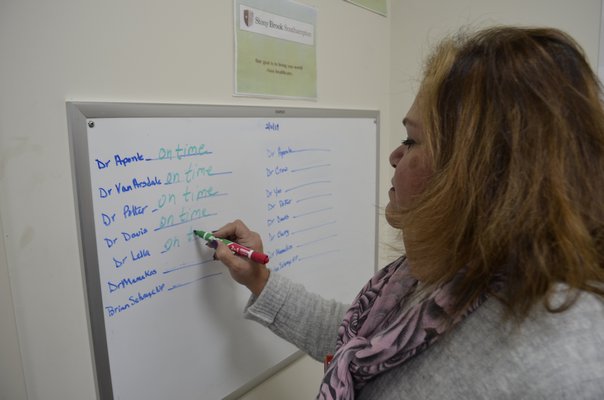 Westhampton Primary Care Center Site Administrator Maria Barlowe informing patients which doctors are in that day on a white board displayed in the waiting room. ANISAH ABDULLAH 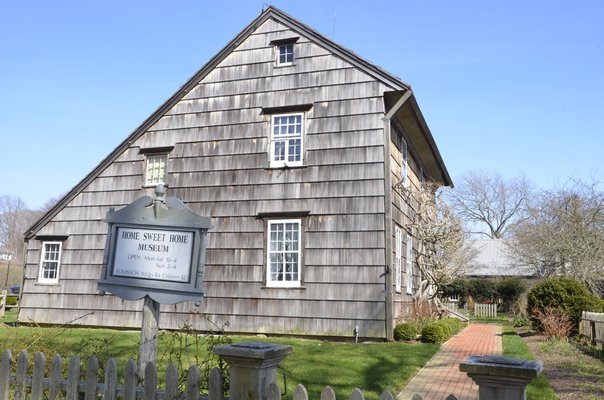 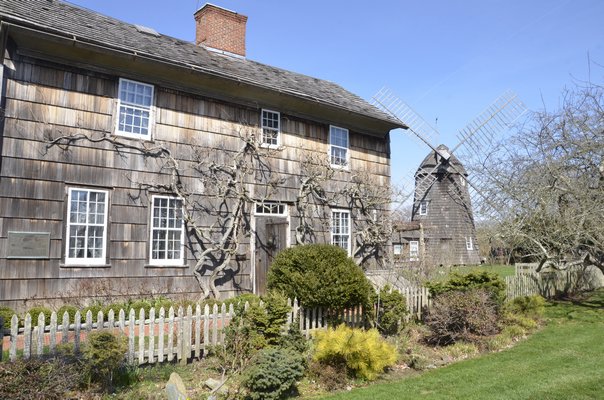 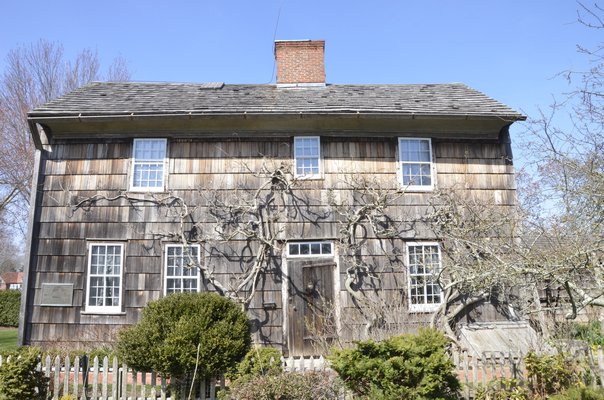 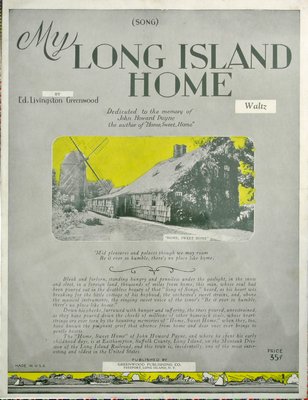 In the middle of East Hampton Village sits a little house that, although ever so humble, has settled into the hearts of residents and visitors alike.To many, Home Sweet Home on James Lane represents the essence of East Hampton, just as it must have for John Howard Payne, the American actor, poet, playwright and author who was so inspired by it that he wrote his famous lyrics to the song, “Home, Sweet Home”:

“An exile from home, splendor dazzles in vain;

Oh, give me my lowly thatched cottage again!”

Home Sweet Home, which has been a museum since 1928, is opening its doors to the public once again for the season on May 1, after undergoing a metamorphosis from a museum housing a mishmash of antiques to a museum that resembles a humble, early 20th century abode. Home Sweet Home is now complete, according to museum director Hugh King.

Visitors will be able to have a glimpse into what the home was like around the turn of the last century and after, when Gustav and Hannah Buek lived there. A good friend of the artist Thomas Moran, Mr. Buek was an art collector, lithographer and early founder of the East Hampton Historical Society, according to Mr. King.

“The Bueks had good taste,” Mr. King said at the museum last week. “It’s not so much a museum. It’s a house.”

The home has had several owners since its construction around 1720.

Sea captain Elisha Jones transformed the cottage around 1750, from what was then a lean-to farmhouse into a Georgian-style residence.

Generations of the Jones family lived there from about 1750 to 1850, and then Henry Mulford bought the home. Eventually, it landed in the possession of St. Luke’s Church, which then sold it to the Bueks, who had been residing in Brooklyn. They lived in the home from 1907 to 1927.

The Bueks had an extensive collection of “Home, Sweet Home” memorabilia, all of which had gained popularity after Mr. Payne’s song about the home went viral in the mid-to-late 19th century. It was Mr. Buek who had the Pantigo windmill moved next door to Home Sweet Home. After he died in 1927, his widow sold the house, along with everything inside it, to East Hampton Village.

In the time that the museum has been in operation, tons of collectibles from different eras have been donated and displayed there. And it wasn’t until about five years ago that Richard Barons, the director of the East Hampton Historical Society, realized that he couldn’t exactly interpret the home to tourists during a National Trust tour.

With that, Mr. Barons, Mr. King and Robert Hefner, the village’s historic preservation consultant, set out to make the museum relevant to the Colonial Revival style popular during the Bueks’ lifetime.

Mr. Barons said he, Mr. King and Mr. Hefner studied photographs from old magazines from 1915 and later, which showed the enthusiasm everyone had for “Home, Sweet Home” after World War I.

The articles talked about the colors on the walls and the photos detailed what was in the rooms, down to the very blue and white china on display.

The historians blew up the photos and put things back to where they were or as near as possible.

“I thought, ‘my God, we can put this back together,’” Mr. Barons said.

In storage, they found a “fantastic” collection of samplers—embroidered cloths with various stitches that would demonstrate skill in needlework.

Over four winters, while the museum was closed for the season, the historians, with help from their wives and various community members and even the village’s highway department, which helped paint rooms, transformed the house to how it used to be. Paint was scraped off, revealing the blue, yellow and white paint the Bueks had used. Furniture pieces, which had never been sold off or given away, were arranged in the way they had been back in the day. A sweet touch—a mid-19th-century music box that still plays “Home, Sweet Home”—was placed in the guest room to charm those who venture there with Mr. King.

Ms. Bataller donated her time and her own hand-sewn frames that date back to the early 20th century.

The oldest sampler she framed, completed by an 8-year-old girl, depicts Jesus with text and dates back to 1723.

“Samplers are so special because that’s how women’s lineage gets followed,” Mr. King said, explaining that girls and young women stitched their maiden names in their work, whereas after marriage they assumed their husband’s last name.

Walking through the museum feels like walking through someone’s tidy home, as if they had just left the house for the afternoon. There are no barriers between visitors and the preserved relics.

“Gone now are the old runners and rope lines and with them the sense of walking through a museum, albeit a very small one,” Mr. Barons said. “What remains is a liveable house in the Colonial Revival style that looks much the way it did in the 1920s, when the Bueks were spending almost all of their time there.”

Before the changes, no one had ever told Mr. King that Home Sweet Home was beautiful, he said. Now, things are different, according to Mr. Barons.

“Hugh called me up and said, ‘You won’t believe it. Somebody said how beautiful this is,’” Mr. Barons said. “All of a sudden they’re saying, ‘I could live here.’”