How To Choose And Care For Holiday Season Houseplants - 27 East

How To Choose And Care For Holiday Season Houseplants 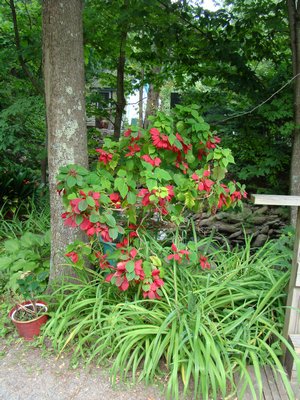 A Poinsettia in full color in a Southampton garden in July--a creative use of this holiday plant as long as you remember it’s a tropical and Jack Frost will do it in. ANDREW MESSINGER 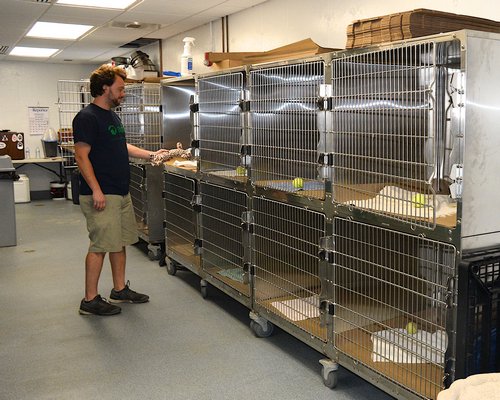 Aquilegia chrysantha in a mass woodland planting. This species grows to 30 inches, is long spurred and looks great. ANDREW MESSINGER 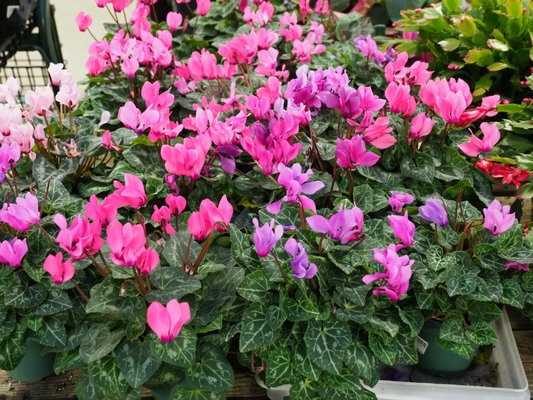 The florist’s Cyclamen does well in a cool spot and will continue to flower indoors all winter so it’s a holiday plant that gives back for months. ANDREW MESSINGER OLYMPUS DIGITAL CAMERA 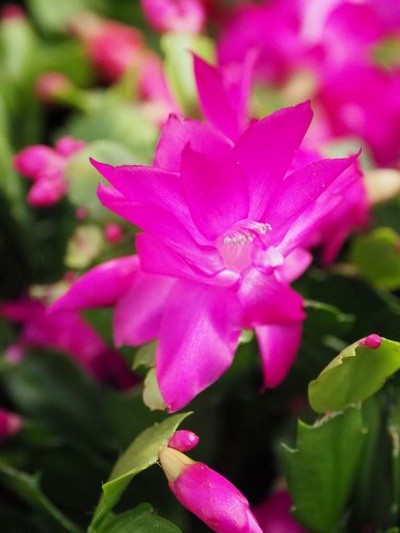 A traditionally colored Christmas cactus. This plant will flower at the same time every year as long as it’s left in the same location. It thrives on neglect. ANDREW MESSINGER 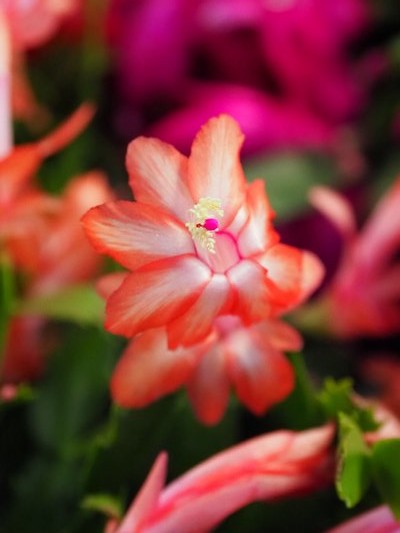 Christmas cacti can be found in a range of colors but all revolving around a cherry pink to red to orange theme. ANDREW MESSINGER

Many plants are available to provide color during the Christmas season, and they can flourish with proper care, though some will live much longer than others.

Holiday plants were once given as office gifts but now they are more often used for decoration to liven up the holiday season at home and at work. While the poinsettia has long been the traditional holiday plant, the cyclamen, Jerusalem cherry and ornamental peppers are also beautiful holiday plants. The one that will live for years and years and can survive on neglect is the Christmas cactus.

The cyclamen and poinsettia are grown for their colorful flowers and foliage, whereas the Jerusalem cherry and the ornamental peppers are grown for their small but colorful fruits. However, in order to achieve their holiday colors, these plants must be given proper care. Other plants appearing during the holidays (and much of the rest of the year) include the amaryllis, azalea, begonia, chrysanthemum, Gloxinia, Kalanchoe, paperwhite narcissus, miniature roses and orchids, all of which can flourish beautifully as houseplants even if just for several months.

Proper care varies with the particular plant, but there are some general recommendations to follow when caring for these plants. Most of them do best in a location where as much natural light as possible is available, but not necessarily direct sunlight. Optimal temperatures include a daytime temperature of 65 to 75 degrees and around 50 to 60 degrees during the night. However, there are some exceptions; the cyclamen and paperwhite narcissus would hold up better at 60 to 65 degrees during the daytime and 50 degrees at night. African violets, poinsettias, and begonias should be kept even warmer at night, at temperatures around 60 degrees.

Because most homes are extremely dry compared to the greenhouse environment where they were grown, it is recommended that the plants be placed in groups or on trays with water. To help prolong the flowering period, plants can be placed in rooms with higher humidity, such as the bathroom or kitchen. Usually, however, the plants should be kept in a cooler room, away from warm air currents and fireplaces. The plants should be checked daily and watered as needed. If the pot has a drainage hole, enough water should be applied so some will drain out the bottom, but the plants should not stand in water for more than 15 minutes. Remember, you can always add water, but it’s nearly impossible to remove it when you’ve over watered. Most of these plants do not need any fertilizer during their blooming time.

Reblooming is usually a challenge, except for amaryllis and holiday cactus, though many a green thumb will try to rebloom a poinsettia and most will fail. The cyclamen should be grown in a cool, well-lighted area but not in direct sunlight. An ideal exposure is an east window where the plant does not touch the glass and temperatures are 50 degrees at night and 60 degrees during the day. Cyclamen requires moist soil and good drainage. When watering, use lukewarm water, taking care to keep the water off the foliage and crown of the plant. Don’t allow the plant to remain in water for long periods, as this hastens the rotting of the corm.

The plant should be watered so that the soil is not washed from around the corm (bulb-like structure) and roots. Drainage may be improved by placing gravel or broken pieces of pottery in the bottom of the container. In the late winter and early spring, older flowers will fade and new flower buds will continue to open often well into early spring. Then, the leaves may start to turn brown, no more flowers will appear, and the plant will seem to deteriorate but it’s actually going into a normal period of dormancy. If the plant is to be carried over to another season, it will need a rest period. The amount and frequency of watering should be reduced, and the plant should be placed in a cool area (40 to 50 degrees) until warm, spring weather arrives. At this time, the corm can be replanted in a prepared soil mix of one part soil, one part peat moss, and one part sand).

After danger of frost is over (out here that’s around April 24), place the plant in a cool, protected, outdoors location. The plant should be given adequate water and fertilizer about once a month or less, with a water-soluble fertilizer employed during the summer months. During the brightest days of summer, select a bright location that provides partial shade for the plant to grow. The plant should be taken indoors before frost in the fall. During the late fall and throughout the winter, the plant should be given full sun (east exposure), with temperatures no higher than 65 degrees. Flowering should occur between mid-November and early December.

During the holiday season, in order to keep the fruit of Jerusalem cherry (which is neither a cherry nor from Jerusalem) on the plant for the maximum length of time, put the plant in a cool (45 to 50 degrees at night), sunny location. If the plant is kept in a warm, drafty room, the leaves and fruit may drop rather quickly. It should be noted that the fruits are considered poisonous. After the holidays, the plant itself is seldom worth carrying over for a second year. However, by collecting the ripe fruit from the original plant, and removing and drying the seeds and storing them until spring, new plants can be produced for next Christmas.

The Christmas pepper and the Christmas cherry are very closely related, and the care is about the same. Neither fruit is edible and if there are young children around these plants the plants should either be raised out of reach or the children should be taught the general rule that unless otherwise advised by a parent, red fruit from any plant should never be eaten or put to the lips. Both of these are annuals and cannot be forced to re-fruit.

Give your Christmas cactus plenty of light and keep it in the same location if you want it to flower at the same time every year. Easy on the water—it’s a cactus.

Now, for a twist on your poinsettia: Keep it in good shape until May, then it can be planted in a semi-shaded part of your garden where it will grow and thrive all summer. But at the first frost, it’s toast.

Have a wonderful holiday. Lots of new plants to talk about in January. And of course, keep growing.