If Marijuana Legalization Comes To New York, Should Gardeners Grow It? - 27 East

If Marijuana Legalization Comes To New York, Should Gardeners Grow It? 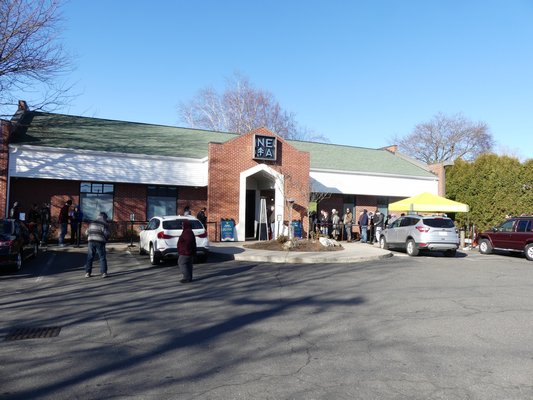 A NETA dispensary in Massachusetts where medicinal and recreational cannabis products are on sale. To the right of the main entry, consumers line up for up to an hour to get in. To the left, those who placed orders online had to wait only two minutes. ANDREW MESSINGER 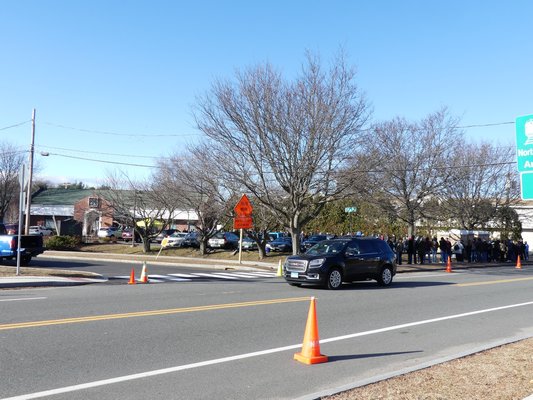 On a cold winter afternoon, more than 100 potential consumers line up for nearly an hour in Massachusetts to legally purchase recreational marijuana. But due to high demand, they could only buy up to 3 grams even though the law permits possession of up to 1 ounce. ANDREW MESSINGER

Last week the governor of the State of New York officially asked the state legislature to pass legislation not just decriminalizing the possession of small amounts of marijuana but also setting the process into motion that will allow for retail sales and commercial cultivation of Cannabis sativa, Cannabis indica and their hybrids. The proposed law would also allow you to do what gardeners do best: grow your own. But do you really want to? Do you know the ramifications of home-grown pot or do you want to buy it at a store?

If the New York legislature passes the law proposed by Cuomo, the agency set up to issue the licenses to grow and sell the pot will likely have to issue those licenses within 18 months of the law going into effect. However, since the law would decriminalize marijuana for recreational use you may actually be able start your own seeds the day the law goes into effect without the fear of your actions being criminal.

When I was in college and my friends would go out to buy pot they’d often get it from what you might call seedy characters. The seller might have been a friend, a friend of a friend, a regular dealer or it may have been a guy hanging out on a street corner. You never knew exactly what you were getting or where it came from. And if you are still buying the stuff off the street you really should be wondering what else might be in it. In the 1970s and 1980s, some of the biggest fears were whether or not the pot in the baggie had been sprayed with an herbicide before it was harvested in Mexico, Colombia or other Central or South American countries.

What you could be assured of though was that the baggie would, could and did contain lots of twigs and seeds. These days illicit pot rarely contains seeds because when it’s grown indoors and under artificial light the growers are able to grow only plants that don’t produce seeds. Gone are the days of separating your twigs and seeds, saving the seeds and throwing them out the window as you drive along Sunrise Highway hoping that one of those seeds will someday sprout.

Actually, in the 1920s and 1930s pot apparently did grow wild and it could be found growing in vacant lots in larger cities and in the countryside. That was until there were mass eradication efforts and over time the demon weed slowly but surely disappeared. But is a new day dawning? Will you be growing it in your flower garden or veggie garden next summer? You may indeed, and while you won’t have to worry about the boys in blue taking you to jail, you might have to worry about your neighbor or friends trying to score your weed.

A recent check online showed that you can buy pot seed pretty easily online. But it’s not like getting seed from Burpee, Johnny’s, or any reputable seeds vendor who has both a history and reputation backing the seed they sell. Will you even be getting pot seed? Will it really be the Maui Wowee that the website promised? And will it germinate? There’s no line of print on the bag that says “Tested January 2019, 88% germination” as there is on certified flower and vegetable seed. And it looks like marijuana seed can cost 10 bucks a seed and up. That’s pretty steep for an untested and unknown seed.

In the dozen or so states where pot cultivation is now legal, home gardeners can grow it indoors or outdoors but there’s a limit on how many plants you can grow and how much “finished product” you can have on hand. In Massachusetts, the closest state to New York where home cultivation is legal, you can have a maximum of 12 plants, but only six of them can be in flower at any given time. But that number is substantially higher if you have a permit to grow the pot for medicinal use. Oh, and if you grow your own, the law in the Pilgrim State also allows you to “gift” a certain amount of pot to your friends.

And since Massachusetts is the closest state where you can legally buy pot, your intrepid reporter took a drive up in December to see what the legal pot business looks like. But why would you buy it at a store where it could cost close to $300 an ounce when you can grow it at home for free? Ah, that indeed, is the question. But don’t go running up to Massachusetts just yet to score your ounce. There’s so much demand and so little supply while the “farmers” gear up that you’ll be able to get only a fraction of an ounce, sorry.

The answer is pretty simple. And not. In each state where marijuana can be legally bought at a retail store or “dispensary,” the laws require very strict record keeping and potency testing. There are severe limits on what can be sprayed on the marijuana to control pests and what can be used for fertilizers. One legal grower was recently shut down because they were alleged to have used two pesticides not on the approved list. And while both are commonly used in our home gardens and “natural,” neither is considered organic. So, according to the Law Journal, this will be duked out in court.

So, Governor Cuomo knows a good revenue stream when he sees one and he knows that the taxes that Massachusetts is getting from pot sales look very lucrative. New Jersey may not be far behind. And why should New Yorkers have to go out of state for their legal pot when you could buy it right here with the label “Grown in New York”? And why would you want to buy it legally when the guy on the corner or down the street will sell it for a hundred bucks less an ounce?

Like I said, simple! Because if you buy it legally you’ll know exactly what you’re getting with some degree of surety that it’s what the label says it is, that it’s been grown with no dangerous chemicals and you’ll have a label that clearly states the potency. Take a look at the NETA site at netacare.org and look around. You’ll get a much better idea of what this is all about.

I won’t get into the debate if legalization is good or bad. I won’t tell you how to grow your own and where to grow it—until it’s legal. I do wonder if the day isn’t far off when you’ll be going down to your local garden center or favorite mail-order nursery and buying cloned, rooted cuttings of Moonshine Haze, Buddha’s Sister or Master Kush. But I will say that this may be a new and interesting opportunity for home gardeners and we’ve already seen the secondary benefits of legal marijuana in terms of pesticide and disease products that are natural and organic. After all, there are others who want to cash in on this other than just the growers.

As the legalization process progresses in Albany, it’ll be very interesting to see whose model New York follows while working out the legislation. I don’t think you’ll see fields of pot instead of rows of grape vines or hops. But some of those old potato barns could have an interesting future. This all gives my weekly sign off some new meaning. Maybe. Keep growing.