In the Hamptons, The Tiny House Movement Finds Advocates Among Huge Mansions - 27 East

In the Hamptons, The Tiny House Movement Finds Advocates Among Huge Mansions 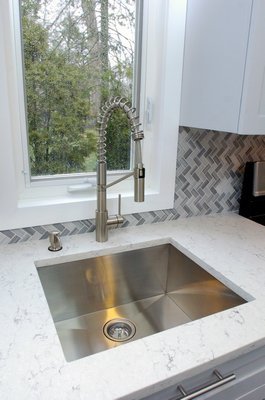 The kitchen sink in the timy house. 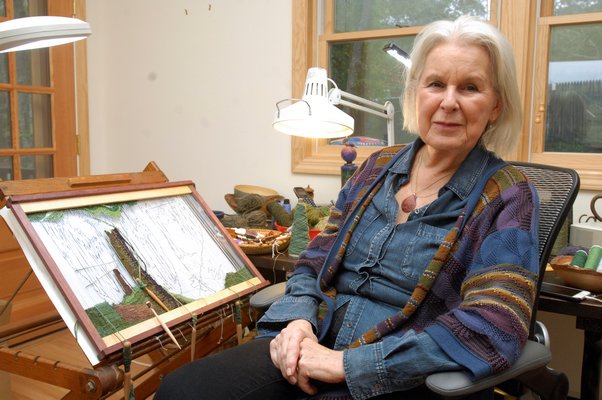 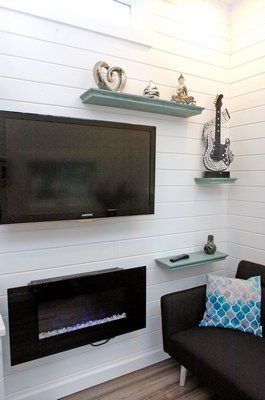 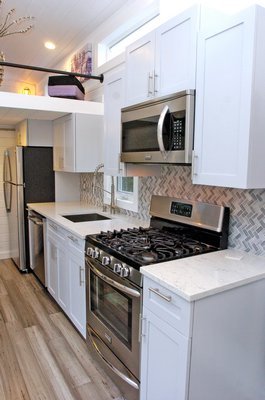 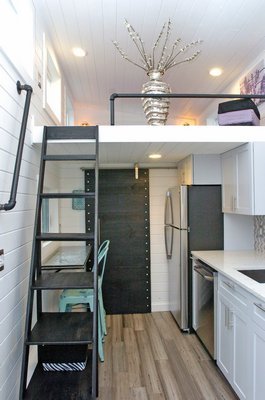 July 4: It was a dominant performance. Inbee Park pulled away from the field to win the 68th U.S. Women's Open Golf Championship at Sebonack Golf Club in Southampton. 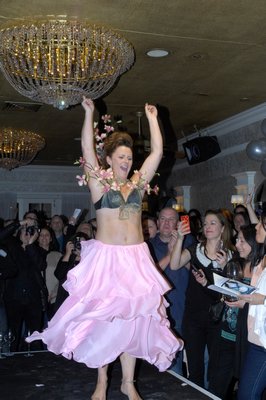 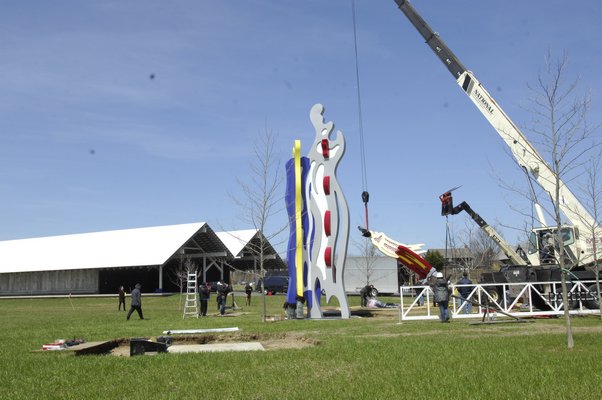 The exterior of the house. DANA SHAW 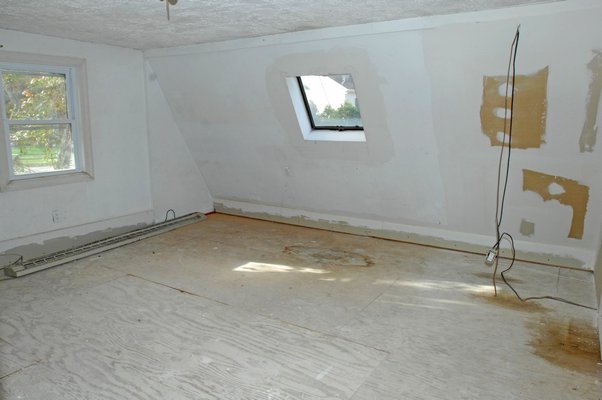 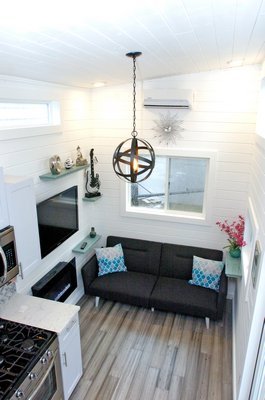 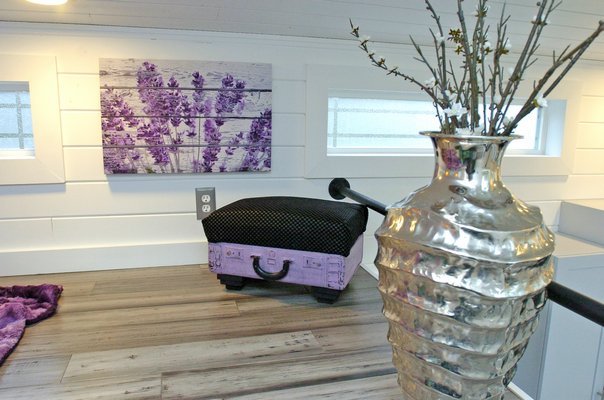 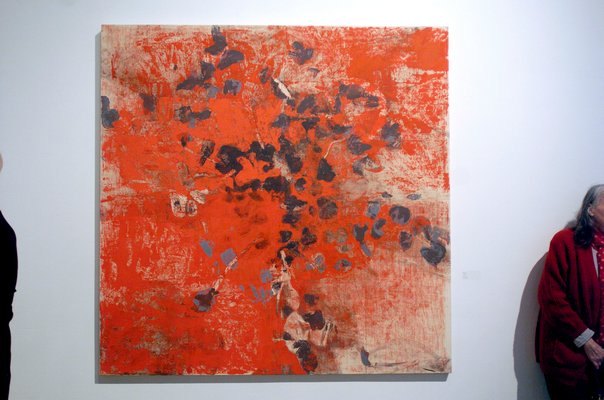 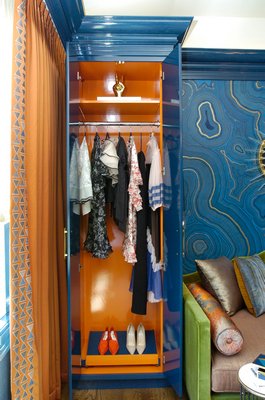 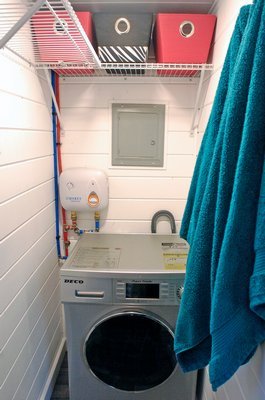 The house has an area for a washer/dryer. DANA SHAW

It’s been called the “tiny movement”—a sustainable architectural and social living trend toward downsizing. But “tiny living” on the East End sounds like an oxymoron, considering the sprawling estates that are synonymous with the Hamptons’ real estate landscape.East Quogue couple Jessica and Mark Dunkirk aim to change all that and prove that bigger isn’t necessarily better with the launch of their LLC, Tiny Hamptons.

“We both have a strong passion for making things beautiful and functional and we try to bring out each other’s best while designing and on site—building our projects,” said Jessica Dunkirk last weekend at one of two well-attended open houses held on consecutive Sundays in Southampton, right on County Road 39.

“We have been working together in the design and construction industry in the Hamptons for many years now,” she said.

The Dunkirks decided to bring their design and construction experience and offer South Fork residents big design in a tiny package—an idea whose time has come.

Tiny homes have become popular all over the world and especially in America following the 2007 to 2008 housing crisis, offering residents the opportunity to live minimally and with more freedom. Tiny homes are environmentally friendly and economically desirable.

Take the latest from Tiny Hamptons, “The Montauk.” The Montauk is a fully equipped home, with pine tongue-and-groove and shiplap interior walls and bamboo flooring. Totaling fewer than 300 square feet, it doesn’t sacrifice creature comforts and features gleaming quartz countertops, marble backsplashes and a full-sized stainless steel dishwasher, refrigerator, gas stove and microwave. The bathroom has an oversized (3 by 4 feet) glass-tiled rain shower and an adjacent washer and dryer and walk-in closet.

Efficient use of space is a hallmark of a tiny home and that is abundantly clear in The Montauk. There is an electric fireplace, large flat-screen TV and couch in the living room area and a separate area for (two-seat) eating. Solar power and fresh, gray and black water tanks are available.

It’s bright and open and airy and really feels like a breath of fresh Montauk air.

Eight-year-old Zachary Goodwin, at the open house with his parents who live in Southampton, eagerly climbed up to the spacious bedroom loft and proclaimed, “This is so cool!”

Indeed, The Montauk met with “oohs and aahs” from everyone who walked inside as Mr. Dunkirk fielded questions regarding septic tanks and hot water heaters, which would vary depending on use.

Town restrictions need to be addressed on a case-by-case basis, even when putting a tiny home on a relative’s property.

“A tiny home is the perfect option for a guest house, an in-law suite, a vacation home or a Hamptons summer home,” Mr. Dunkirk said.

“It could be an office,” Cathy Goodwin said.

Or a man cave, or an extra room for guests. The loft bed could be lowered and customized for elderly parents or in-laws.

The Montauk’s exterior is made of contemporary cedar siding with a metal roof. The wood was chosen, both inside and outside the home, to stand up against any movement. The Montauk sells for $75,000.

Tiny Hamptons also has The Water Mill, which sells for $34,000, and is a 288-square-foot newly renovated travel trailer. It features a custom kitchen with deep cabinets and quartz countertops, a slate tile backsplash and a dishwasher. The shower stall is covered in glass tile.

For most Americans, one-third to one-half of their income goes toward housing. The typical American home is 2,600 square feet, and on the East End they can run a lot larger.

Tiny homes save owners money in terms of taxes, heating, maintenance, and repair costs. This lower cost of living may be especially appealing to those 55 and older with fixed incomes. And in addition to costing less, tiny homes encourage a simpler lifestyle and reduce ecological impacts.

“The American dream is to own a home. Tiny houses give many people the opportunity to own their own home. They may not have had that before with the outrageous prices of homes on Long Island. Instead of throwing away money on rent, in a few years they can pay off their tiny home loan,” Mr. Dunkirk said.

Ms. Dunkirk continued, “In the past few years we’ve taken a keen interest in tiny homes and the freedom that they bring to people. Our main focus and attention has shifted to building and designing tiny homes since the beginning of last year.”

Currently living in East Quogue with a full house of kids—three from previous relationships and one together—Jessica and Mark Dunkirk both attended Westhampton Beach High School, but didn’t know each other while there. They met after graduation and married in December 2014.

Both are quick to point out the benefits of tiny living: “financial freedom, simplicity, smaller carbon footprint, less to keep clean.”

Ms. Dunkirk added, “And the ability to move your home anywhere you desire!”

Mr. Dunkirk said they both feel the movement will appeal to East End residents.

“Many local residents have been forced to move out of the area due to the prices of traditional homes,” he said. “With some town permitting and regulations, this is a viable option to help get them back into our communities. Unbuildable and untaxable lots could be utilized with the small footprint of our tiny homes on wheels.”

In addition to offering completed homes like The Montauk, Tiny Hamptons will make custom tiny houses built from the ground up.

Oh, and they deliver!