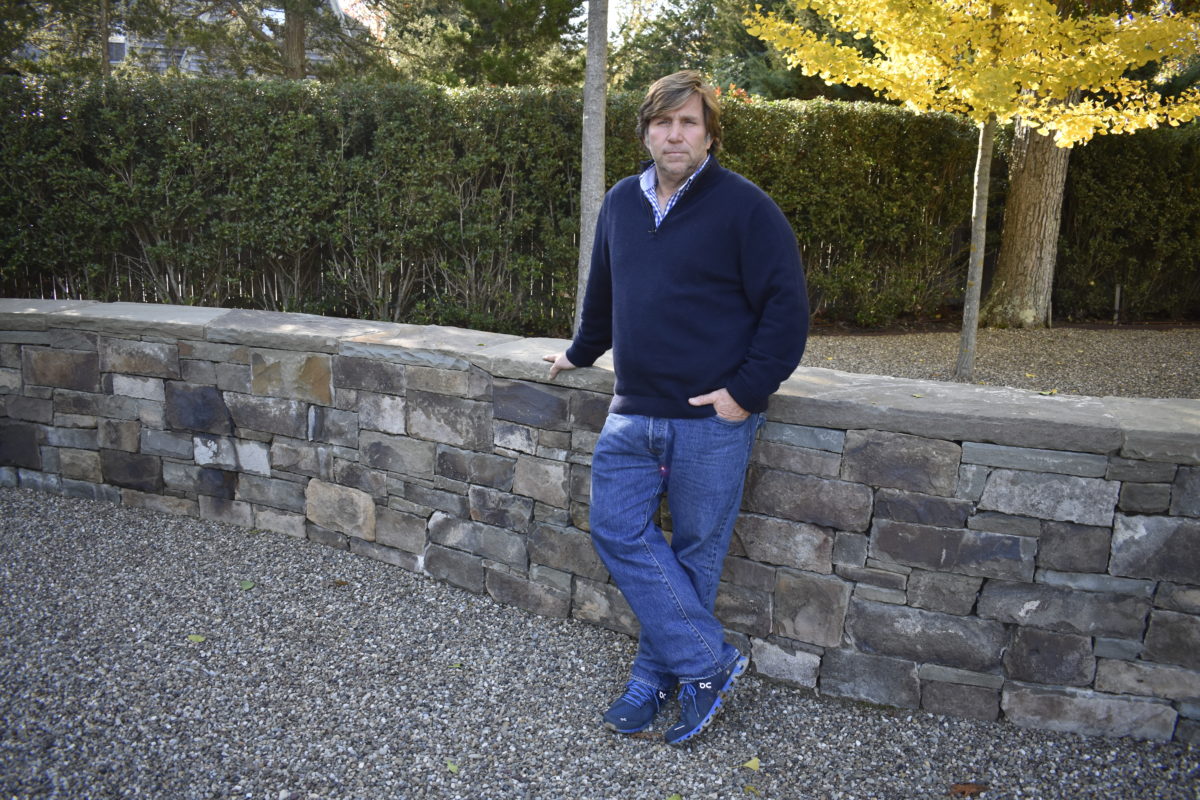 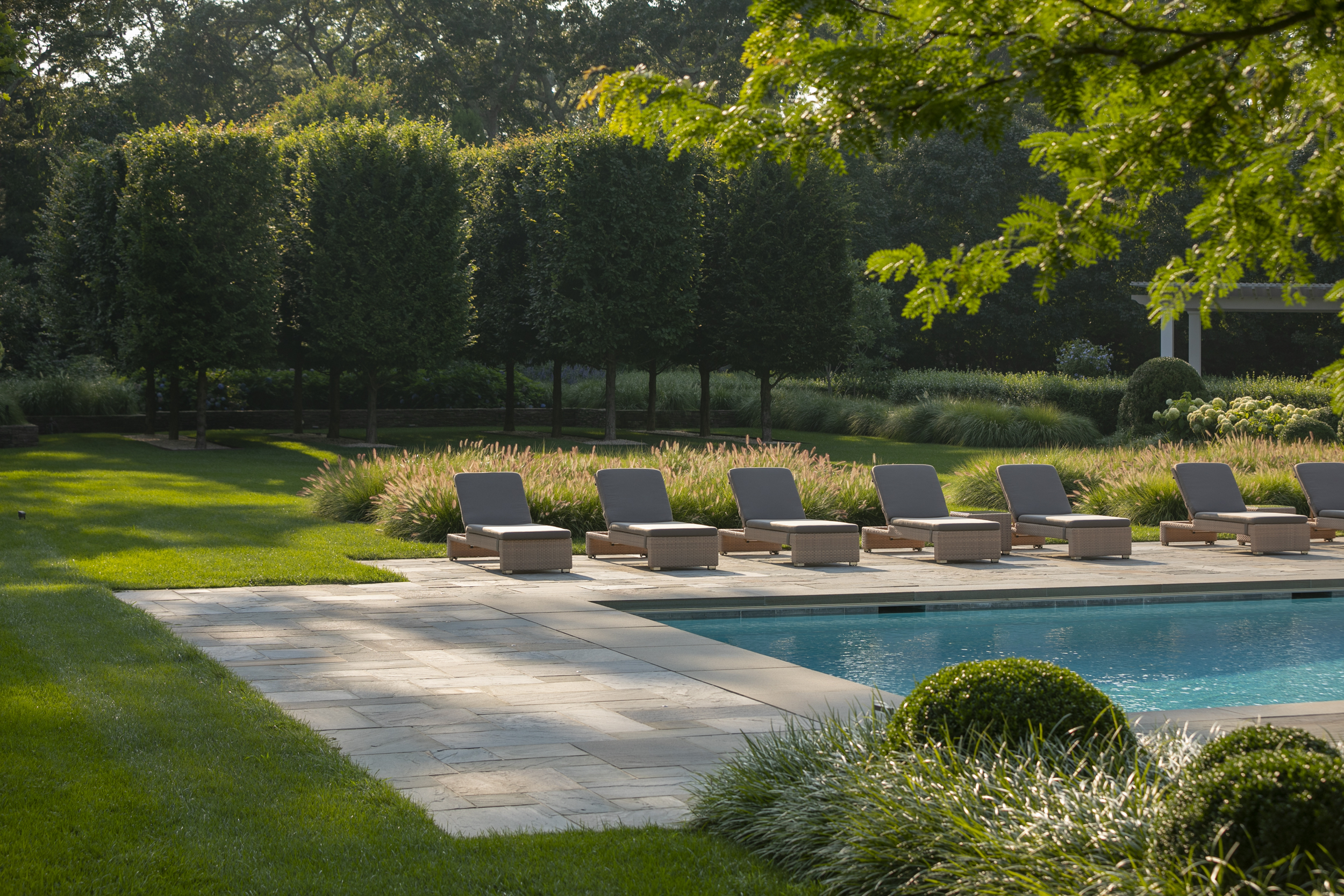 An example of work by Landscape Details. 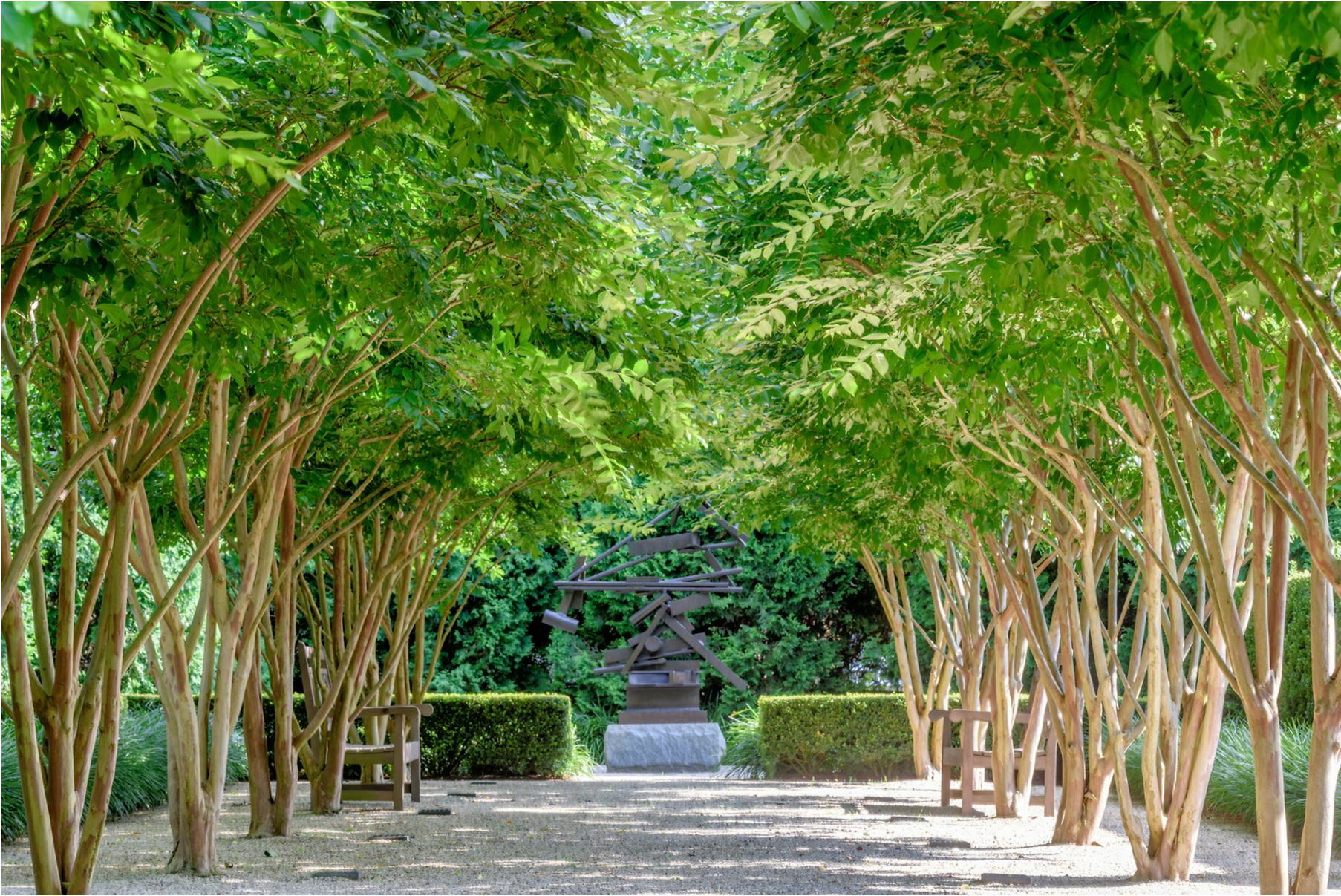 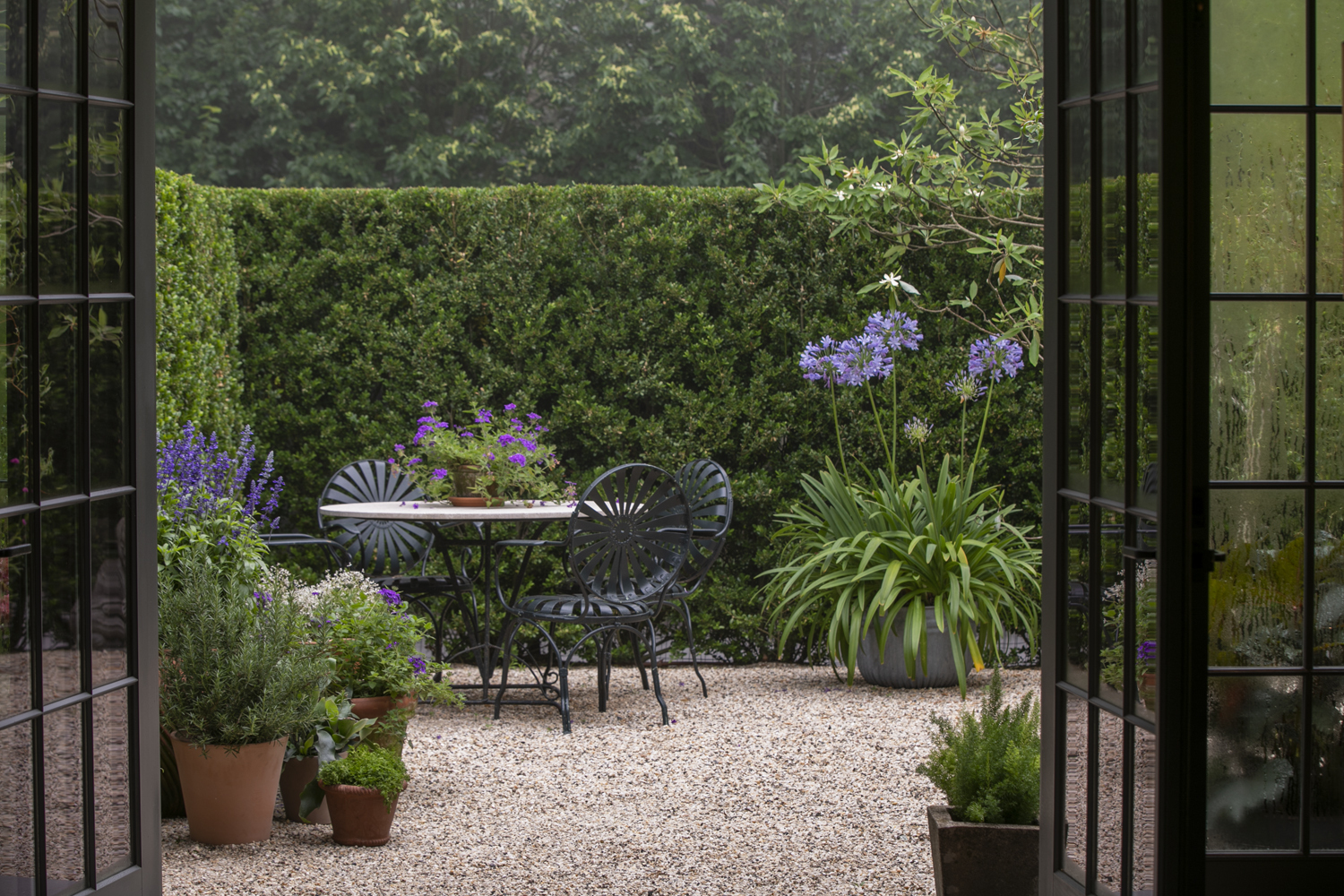 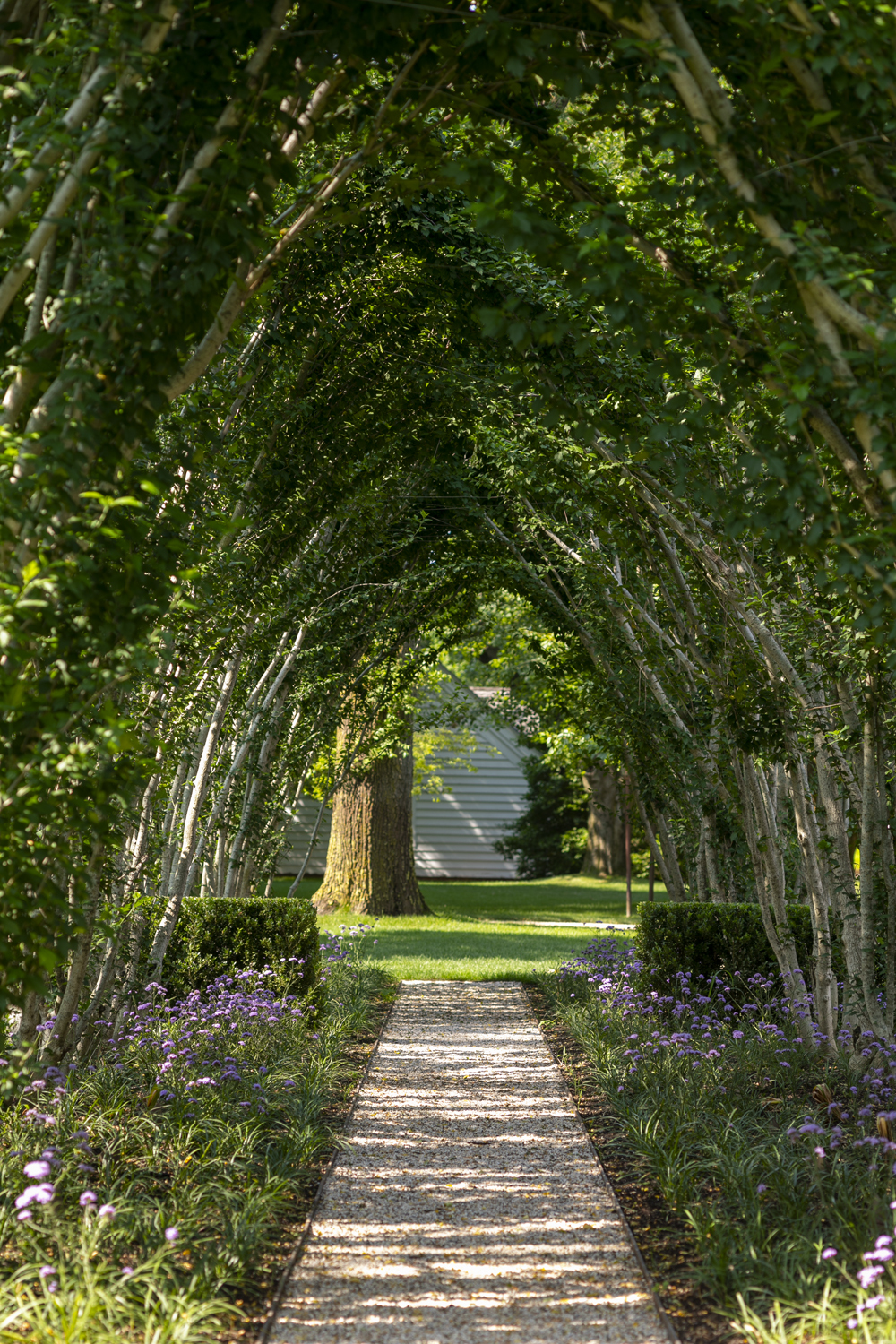 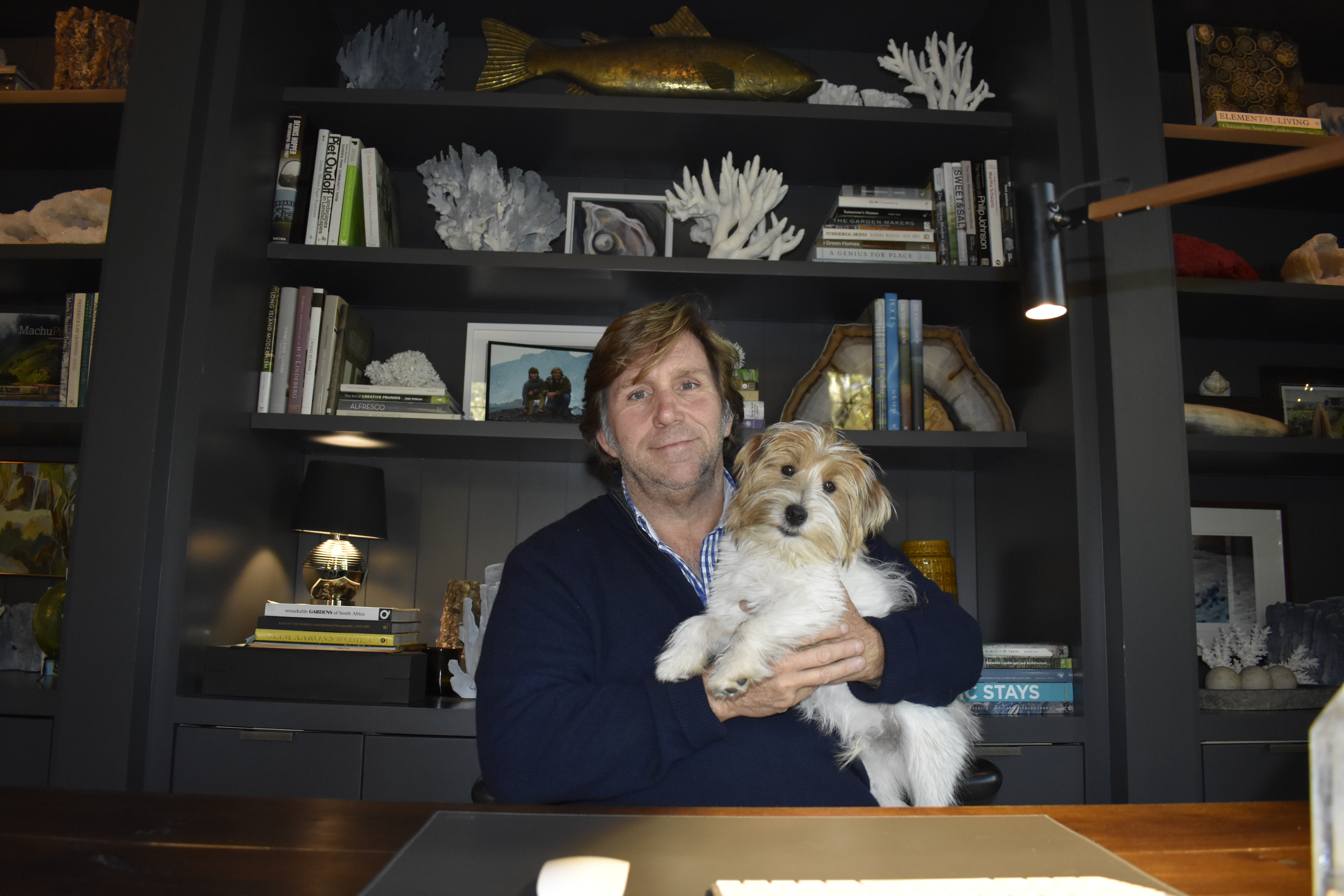 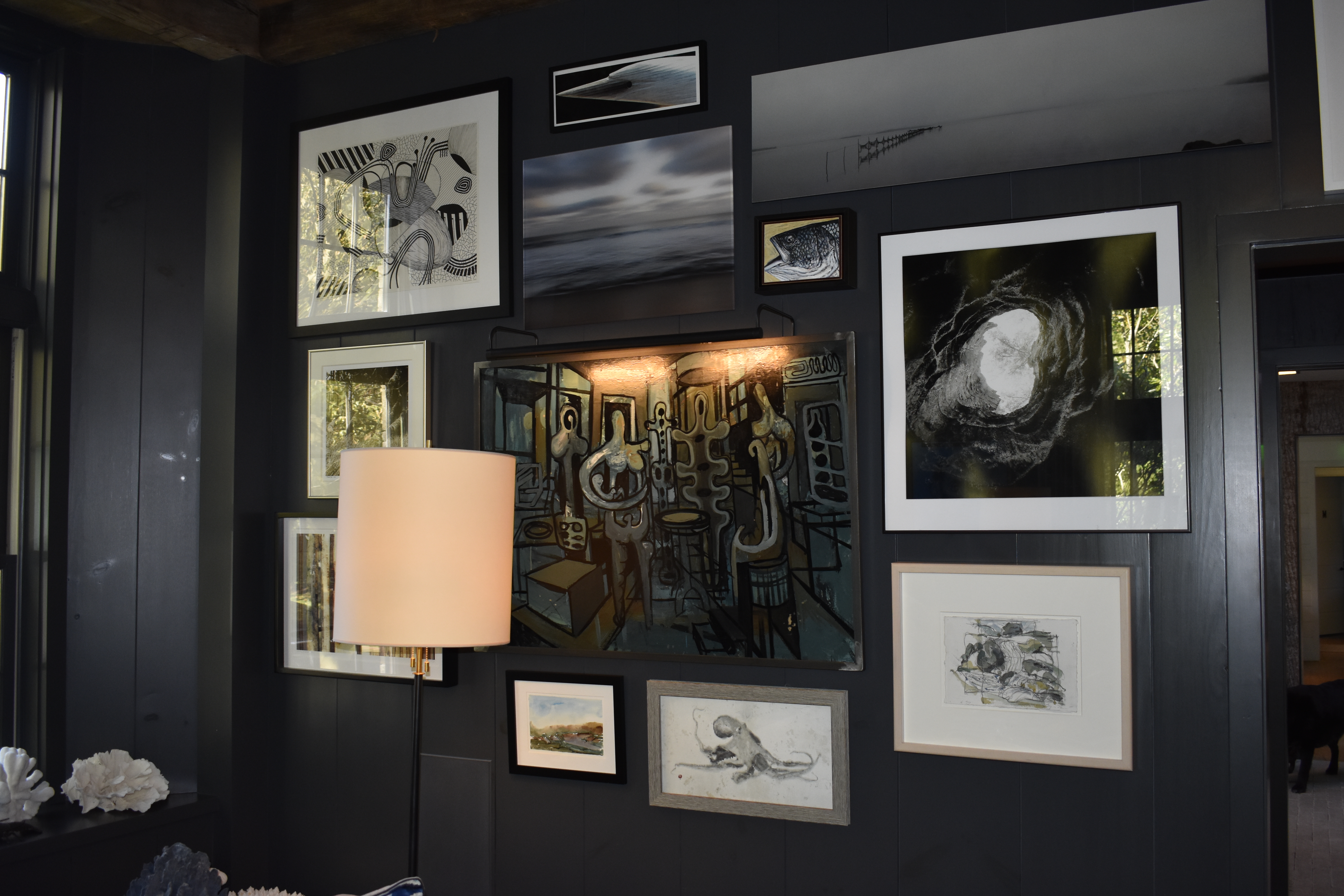 Some of the art in Michael Derrig's office. BRENDAN J. O'REILLY

Few people have left a mark on the South Fork — in both the literal and figurative sense — as much as landscape architect Michael Derrig has.

Mr. Derrig launched his design-build firm, Landscape Details, in Sag Harbor in 2000, and a few years ago moved to East Hampton, all the while creating beautiful gardens from Southampton to Montauk.

For his contributions to landscape architecture, he was honored last month at the 2019 Stars of Design ceremony, presented by Cohen Design Centers’ Decoration & Design Building, an industry-only space in Manhattan with more than 130 showrooms.

“Working hand in hand with esteemed clients, renowned architects and designers from across the globe, Michael has brought his creative energy, elegant aesthetic and keen design perspective to many of the finest estates on the East End,” said Charles S. Cohen, the CEO and owner of Cohen Design Centers, as he introduced Mr. Derrig at the October 15 ceremony.

Though Mr. Derrig is now the founding partner and president of a full-service landscape firm that can boast 180 employees at the height of the season, he explained in an interview at his office last month that he was originally on a much different path.

He grew up in New Jersey and in the early 1980s enrolled at Rutgers University, initially focusing on computer science. “Remember, this was ‘before.’ The only computers were in libraries,” he noted. “Nobody had laptops — they didn’t exist.”

It was a hot major, but Intro to Computer Science was offered at 7:30 p.m. on Thursdays — the same night when the parties were held, he said.

So he dropped the class and looked for a new major that would be a good fit. “I didn’t like to read, and I didn’t like these big textbooks,” he added.

When he flipped through the university’s course offerings, he found landscape architecture. “The name kind of really struck me,” he recalled. “And I’m a guy who always worked with my hands. I had circular saws when I was 11 years old. I built patios out of Ortho books. I always was painting houses, working on motorcycles. I never was really into sports — I always just built things.”

He looked at the course syllabus and saw it was a five-credit studio class with just one hour of lecture — and no textbooks. When he entered the studio for the first time and saw the graphics and drawings on the wall, he said to himself, “This is for me.”

Every student had a personally decorated drafting table with their own plants, they had long hair and were listening to music, he remembered.

It was landscape architecture that brought him east, or, as he likes to say, “trees.”

“I came out here and I saw an opportunity to work on beautiful gardens, and I liked residential design,” he explained. “I worked in the commercial market building zoos and parks and athletic fields throughout the tri-state area, and then I came out here. And I fell in love with the East End and just picked up and moved out here.

“So, the year I moved out here, I built a house, got married and had a baby all in the first year — literally, within 12 months of being married.”

He and his wife, Dwyer, have two children, Hanna, 21, and Michael, 18. The family also has three dogs, Henry, Sweet Pea and Carlos, who accompany Mr. Derrig to the office.

His first East End office was in Sag Harbor, while his present office in East Hampton Village is about two minutes from his house. He bought the East Hampton building — a former restaurant space at 103 Montauk Highway that was known as JL East, Beachhouse and The Players Club, among many other names — about four years ago and set about getting approvals and renovating it.

A village building inspector had found that the oldest parts of the building date back to the 1920s, when it was The Oaks Inn. The building was in rough shape when Mr. Derrig purchased it, and some of it was never built to last. “As the place got bigger, and there was a need for freezers and another part of the kitchen, they just cleared the ground and built, like, shanties,” he said.

Those parts, to the rear of the building, we removed and rebuilt over an 11-foot basement.

The building now has offices and workspaces for Landscape Details’ many divisions: masonry, lighting, irrigation, earthwork and drainage, softscaping and maintenance, not to mention design.

Where clients can see Landscape Details shine is on the office’s grounds. The hedges, trees, lawns and other plantings give visitors an idea of the work the firm can do. It’s easy to envision a garden party in one area, or dining outdoors in the summer by candlelight surrounded by greenery in another. Mr. Derrig’s personal office has doors to a garden with hedges for privacy.

Mr. Derrig’s office itself is a sight to behold. An enormous moose head is mounted over the wood-burning fireplace. The walls are decorated with photographs, paintings and drawings. Behind his desk, the built-in shelves are filled with large pieces of coral of various shapes and sizes in white, blue, red and more colors, as well as design books and more art. Even more coral is displayed around the fireplace, and in a closet outside his office he has additional coral stored. It’s quite the collection.

By way of explaining his interest in coral, Mr. Derrig pointed to a time when he lived in Hawaii and noted that for the past 15 years he has spent February on Harbor Island in the Bahamas.

Though Mr. Derrig’s office is a relaxing space to be in, with a couch and comfortable chairs, he prefers to be in the field.

Just that day, his oversaw an excavation for an addition to an East Hampton home on Middle Lane. At another job site, large plain trees were being planted, each with a 12-inch caliper — the industry term for the diameter of a tree.

“I’m not out there digging,” he said, “but I am on site directing, laying out, figuring out, making changes, selecting plant materials, developing heights of walls, heights of fences.”

Mr. Derrig said that what he’s come to be known for — besides quality work — is his sensibility to design and his good eye for aesthetics. There is no one style that he is known for, but his designs are clean, aesthetic, simplified and geometrics, he said.

“The thing that interests me the most are old existing landscapes that need to be renovated. I always find that, because of the existing trees, they already have a lot of old character,” he said. “The home is typically never torn down, because it is so beautiful and you are renovating it. So there’s some history there, and we work with the existing, historic homes.”

Most historic homes come with really magnificent trees, he noted. “The beauty is already there. Now you’re just adding to it.”

Working with “another potato field in Sagaponack” is just not that interesting, he said. Each job is different, though. “It really is client-driven and site-driven,” Mr. Derrig said.

The owner may want a vegetable garden, or all perennials and no maintenance, or more lawn.

“What I try to do is listen to the clients. That’s the best thing I can do,” he said.

Some will offer him a clean slate and tell him to be as creative as he can be, he said, but even then he wants to know the clients’ favorite colors, how much time they spend outside, do they cook outside, do they love flowers, do they want to garden, do they want formal sheared hedges or loose informal borders, etc.

A big factor is whether they will use the house for spring, summer and fall or for a shorter period: “That would obviously have a big difference on plant selection.”

Sometimes, based on the constraints of a site, he may see things differently than his clients do, and they have to strike a balance, he said.

“In the old days, I would be afraid to tell ya. I would say ‘yes’ to everything. And now I’m, like, ‘That would be a big mistake. We’re not doing that.’ And I explain why. Most of the time, they agree.

Homeowners in Suffolk County who received septic improvement grants have had to pay thousands of ... by Brendan J. O’Reilly