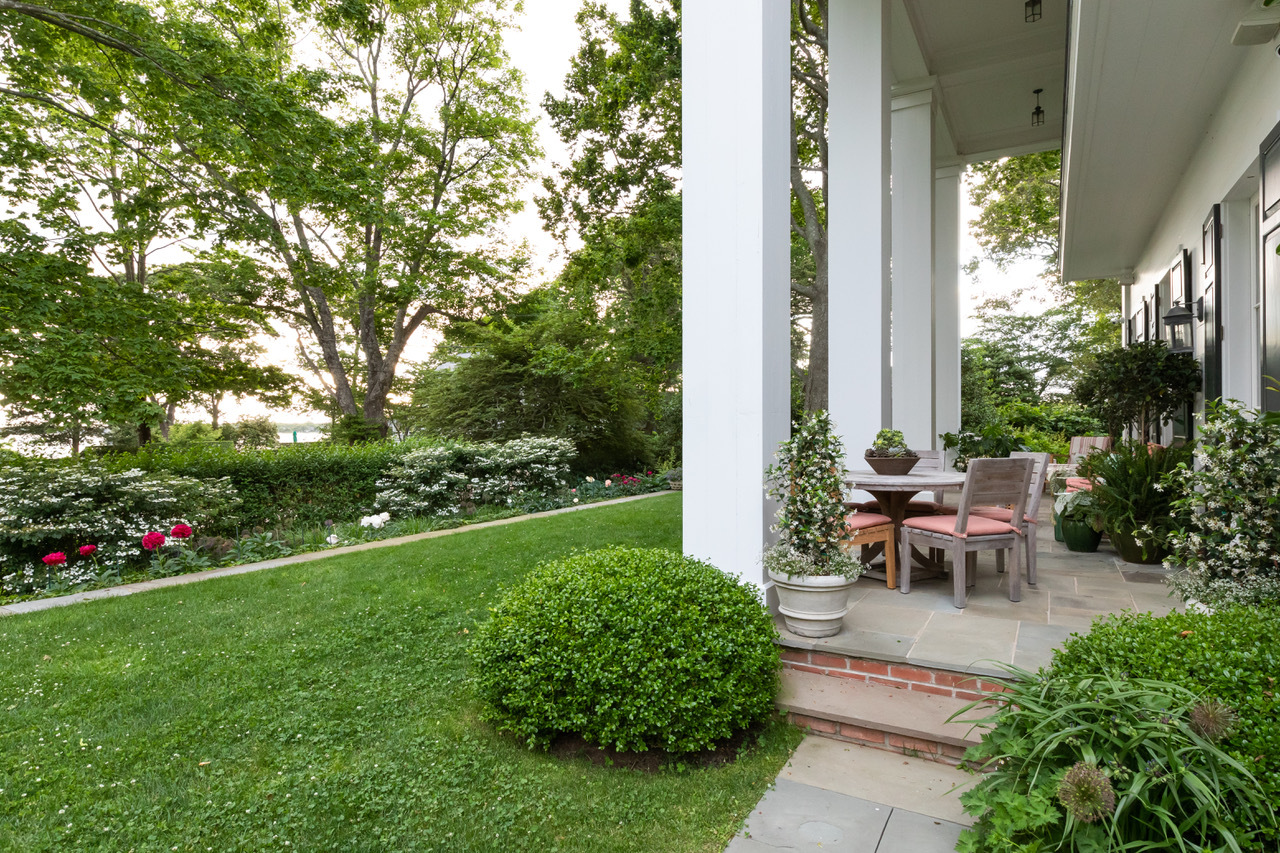 The Rose family home and garden in Dering Harbor on Shelter Island. 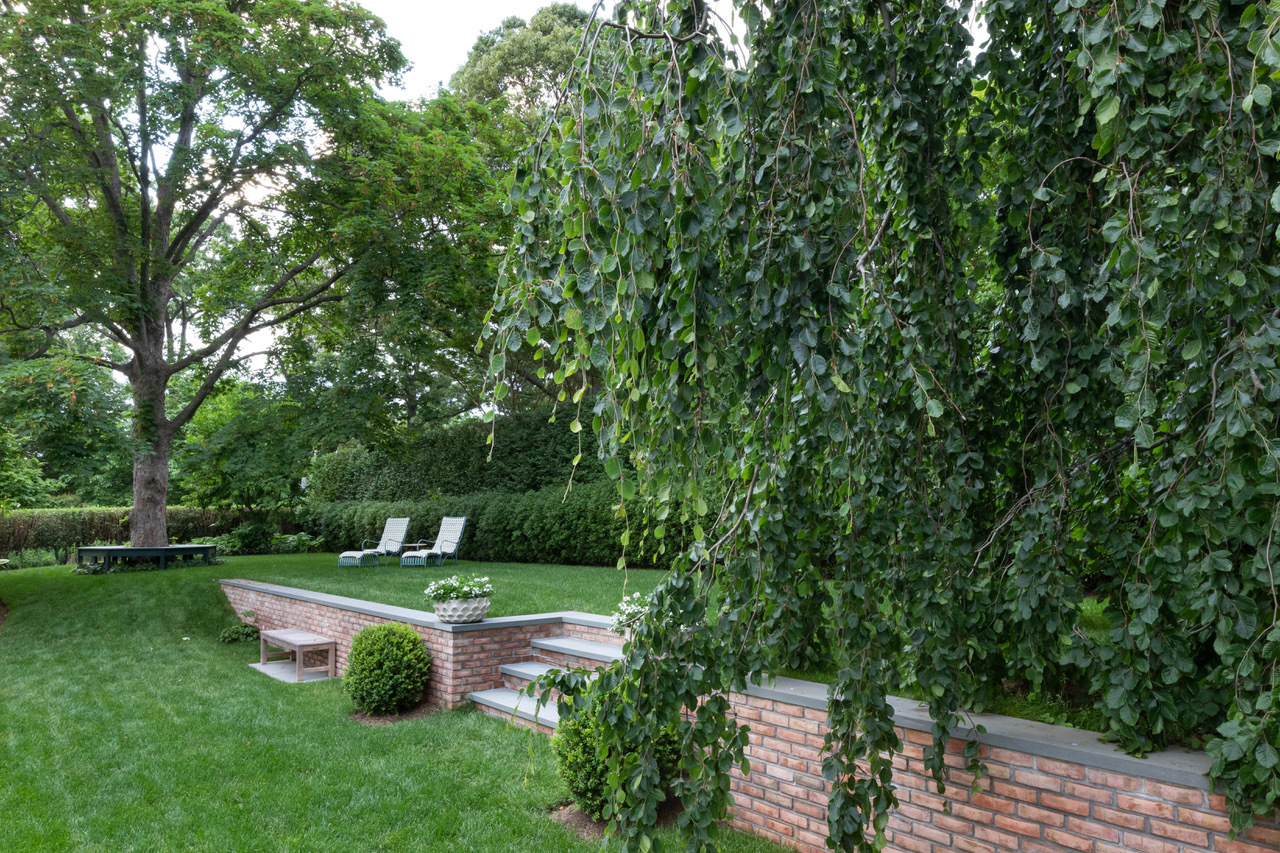 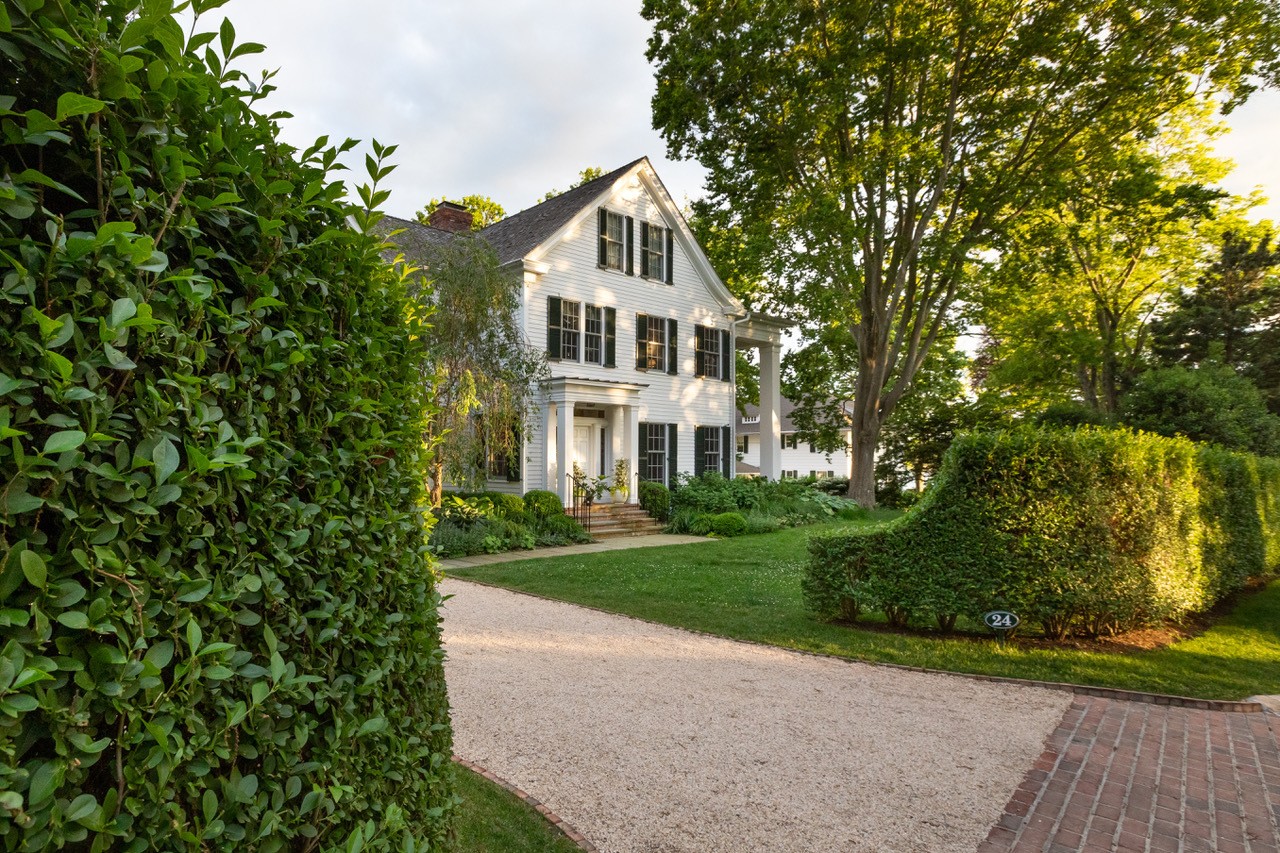 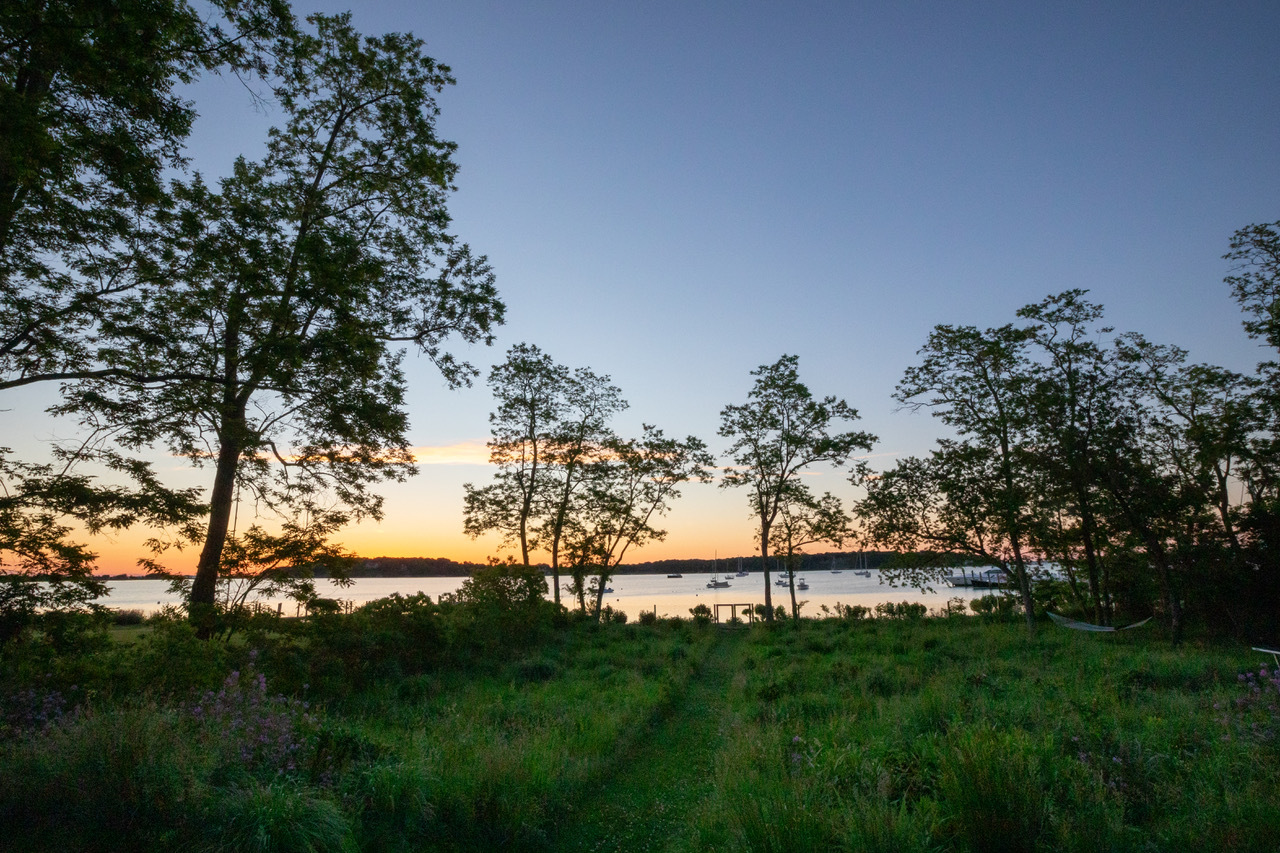 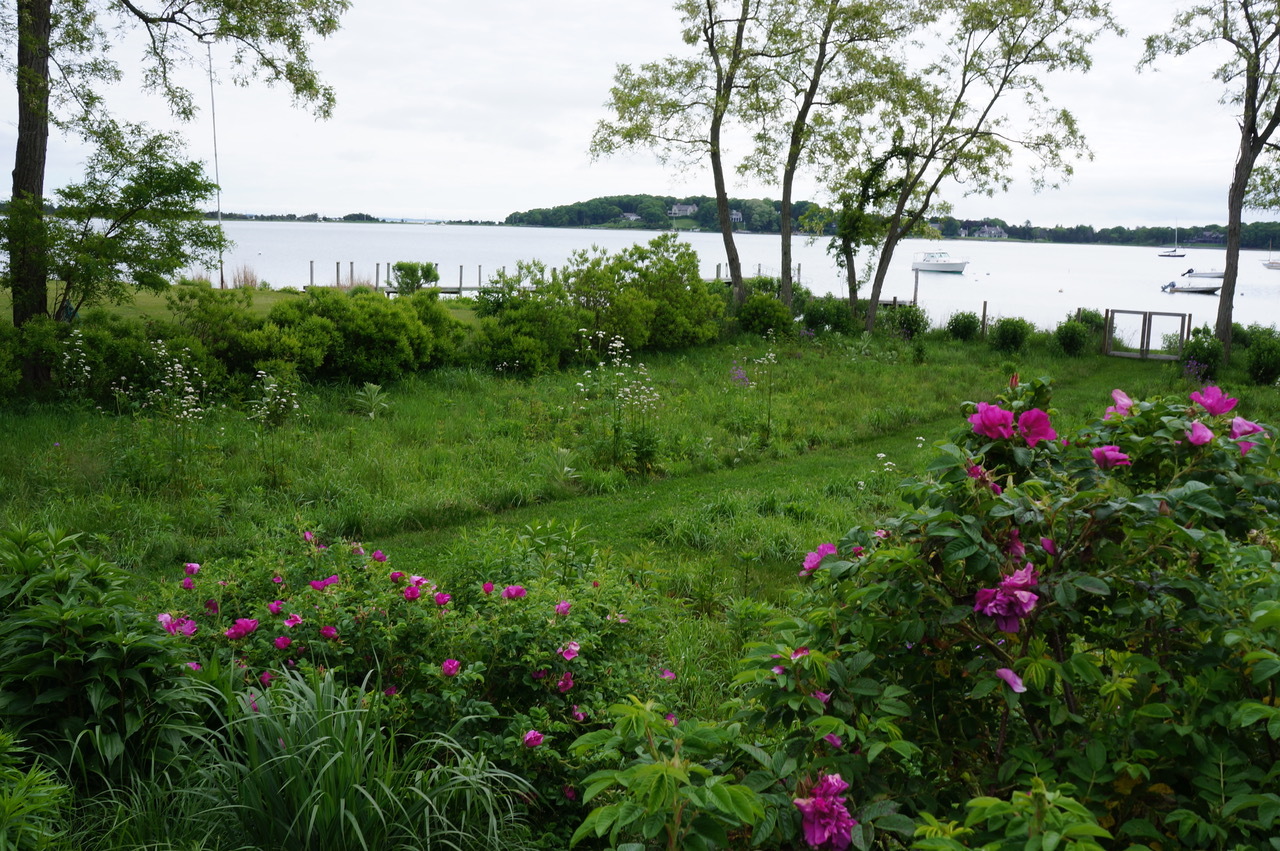 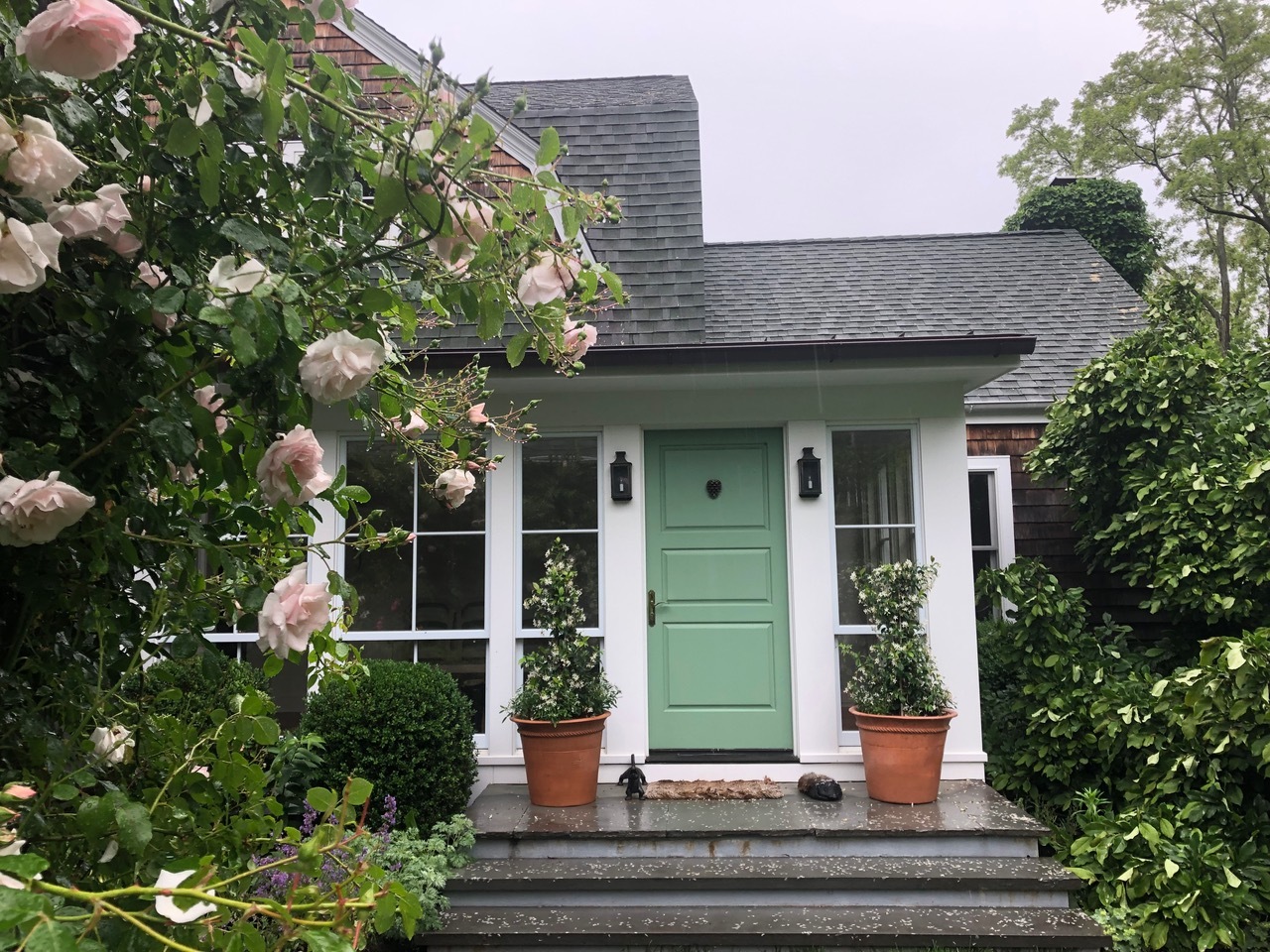 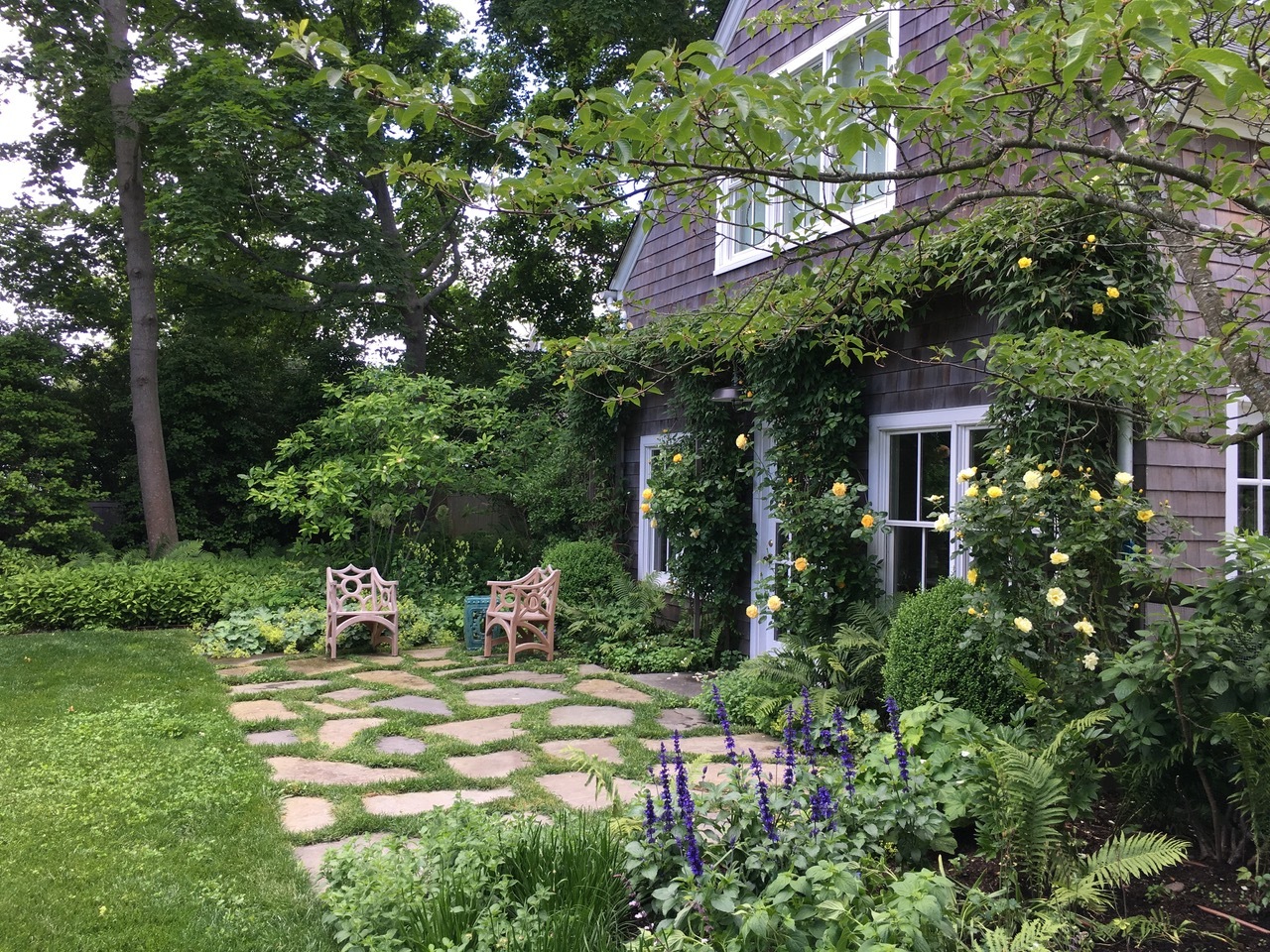 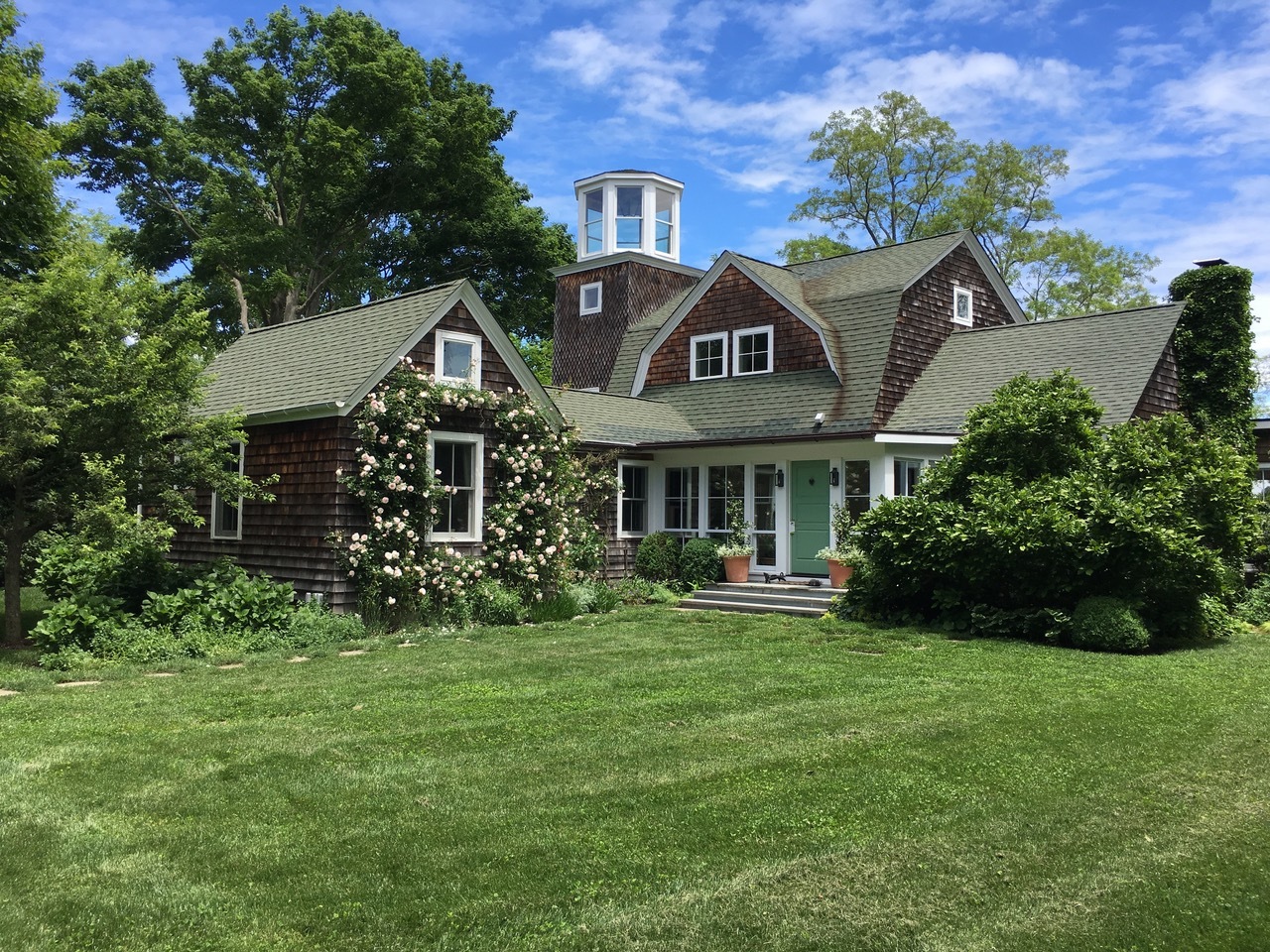 "Leaning into the Wind: Andy Goldsworthy" will screen outdoors at the Parrish Art Museum on Friday, September 11, at 8 p.m. Gates open at 7:30 p.m. Tickets are $20, or $10 for Parrish members and free for Landscape Pleasures ticket holders, students and children. © THOMAS RIEDELSHEIME/COURTESY MAGNOLIA PICTURES

The Parrish Art Museum’s 36th annual Landscape Pleasures, originally planned for June, is now happening this weekend, September 11 to 13, in a modified form, including a socially distanced garden tour on Shelter Island on Sunday.

Five private gardens on Shelter Island will open to Landscape Pleasures ticketholders on Sunday. Lisa Stamm of The Homestead Garden & Design is opening her personal garden and one garden by Vickie Cardaro of Buttercup Design Group will be shown as well. The three remaining gardens on the tour are by Abby Clough Lawless of Farm Landscape Design.

Besides admiring the beauty of the gardens, tourgoers may gain an appreciation of the relationship between home landscapes and wildlife.

“The garden is not your living room, it’s alive,” Ms. Lawless said during an interview last week. “It’s not a static place. You’re sharing it, and it’s part of a larger fabric. And when you come out here, you should be celebrating this place — this special place.”

Ms. Lawless, who lives on Shelter Island and has an office in East Hampton Village, grew up on her parents’ Spring Ledge Farm in New Hampshire, where they grew vegetables and flowers, and she interned at the New York Botanical Garden after studying art history at Middlebury College in Vermont.

“That interest in art and the landscape, that creativity and the love of the land is where it all started,” Ms. Lawless said.

“She’s a mentor of mine,” Ms. Lawless said of Ms. von Gal. “I worked for her for many years then attended Cornell and studied landscape architecture, and after I graduated rejoined Edwina, but she had moved her office out here.”

It was around 2007 that Ms. Lawless ventured out on her own and started her own landscape design firm. One of the stops on the tour is the home of clients she has had a continued relationship with since the beginning.

“I started with the Shore Road property, which is the half-acre, in 2008,” she said. “It was one of my first projects, and it was for a young couple. They now have three kids and two amazingly cute French bulldogs. I’ve just been working with them over the years, and we just added a pool for them last year.”

The garden she designed on Nicoll Road in Shelter’s Island’s Dering Harbor Village “has an amazing view of Greenport, on a big bluff,” she said.

“It had been originally designed by Elizabeth Lear,” Ms. Lawless continued. “I think she did the pool. We were brought in many, many years later. We did a new master plan.”

The work continues. The lot goes from the water to the woods, and she just started to get into the woodlands, she said.

She said one of her firm’s signature looks is intense “naturalistic plantings.” The best example of this on the tour is a Hudson Avenue residence.

“We did something rather radical for the East End, which is we took out all the lawn by the water — 75 feet of lawn, and created a meadow. It faces east, and the clients just love it,” she said, calling it vibrant, magical and peaceful.

“My work is more focused on regenerative practices, like bringing these kind of landscapes to life,” she added.

She said such projects are loved and lived in, integrated into the family and folding into their personal lives.

But the benefits are more than aesthetic. Not only do meadows and trees capture and filter stormwater runoff before it enters the bay, using native plantings reverses a longtime trend toward sterile landscapes that don’t support wildlife.

“We have really created a food desert,” Ms. Lawless said. “Non-native plants are not a food source for insects and birds. When you put in that beautiful Korean dogwood, you’re not providing life. You put in an oak and you’re providing life to something like 500 different kinds of caterpillars, which feeds the birds.”

Her clients report seeing a difference in the bird population after adding native cedars and sweetbay magnolias.

“Birds sweep in and out and into the meadow,” Ms. Lawless said. “They’re just amazed by the life that is happening.”

Her goal is to use 70 percent or more native plants in her landscape designs. “In my mind, we need to be moving away from lawn, boxwoods and hydrangeas, 100 percent,” she said.

The pandemic has provided more opportunities for landscape designers to encourage homeowners to use natives and to provide year-round gardens that sustain wildlife and will bloom in months when pollinators have a harder time finding food sources.

“A lot of people are reluctant to return to the city, so people are reinvesting in their landscapes,” Ms. Lawless said, noting that people who came to their summer homes in March this year couldn’t believe what they have been missing.

Ms. Lawless is also on the Parrish’s garden tour committee. She said she had suggested Shelter Island for the 2020 Landscape Pleasures tour because it is a hidden place that South Forkers enjoy visiting for a day, and it doesn’t have the same traffic that’s on the South Fork. She noted that, having been moved from June to September, the tour will be different visually and aesthetically.

The Landscape Pleasures weekend kicks off Friday, September 11, with an outdoor screening of “Leaning into the Wind — Andy Goldsworthy,” a German documentary from director Thomas Riedelsheimer presented in collaboration with Hamptons Doc Fest. The film follows English artist Andy Goldsworthy, who integrates his body into his work and incorporates massive machinery and crews into his biggest projects. Gates will open at 7:30 p.m. at the Parrish Art Museum in Water Mill for an 8 p.m. showing. Admission is $20, or $10 for Parrish members and free for Landscape Pleasures ticket holders, students and children.

Patrick Cullina, an award-winning horticulturist, landscape designer, photographer, lecturer, and organizational consultant with more than 25 years of experience in the landscape field, will present an online talk available on parrishart.org to watch at the convenience of ticketholders.

Tickets to Landscape Pleasures are $250, or $200 for Parrish Art Museum members, and include access to the online presentation, the garden tour and the film screening. Visit parrishart.org/LandscapePleasures2020 or email benefitevents@parrishart.org.