Living With Art In Water Mill 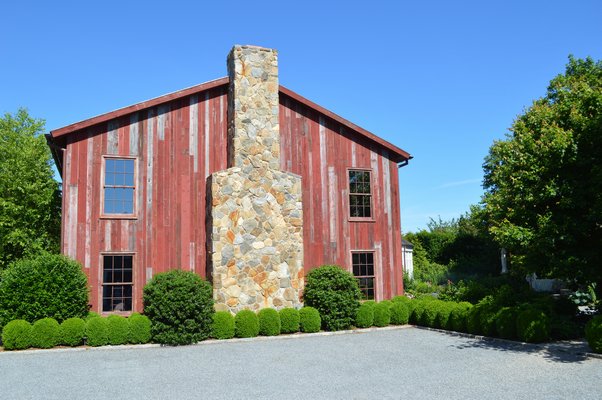 Joan and George Hornig;s art barn in Water Mill serves as a site for a variety of events. A Clintion Global Initiative "with all 3 Clintons" is scheduled for later this summer. CHRIS ARNOLD 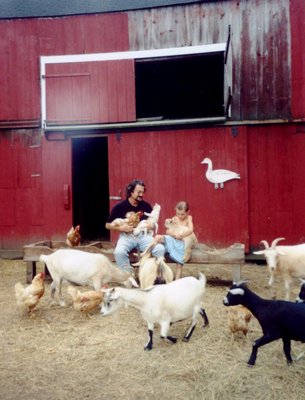 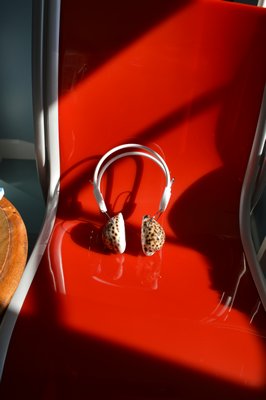 A pair of art headphones that rest on a chair in a guest area. "You can wear them when you read," Joan Hornig explains. CHRIS ARNOLD 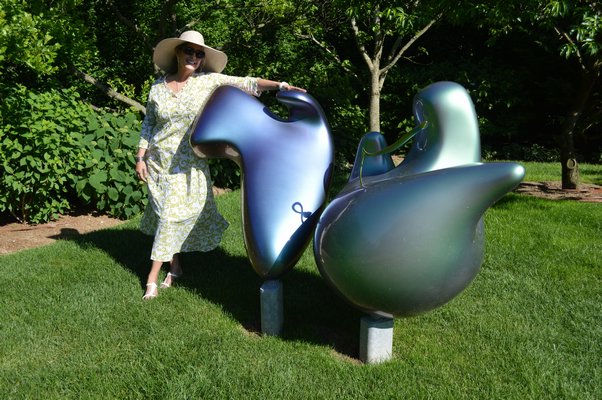 "Joan and the Peptides." sounds like a groovy band doesn't it? Ms. Hornig is proud of her Polypeptide-themed sculpture by Mara G. Haseltine, whose work often involves nature and science. She just had a piece installed at the Univeristy of Pennsylvania breast cancer center. CHRIS ARNOLD 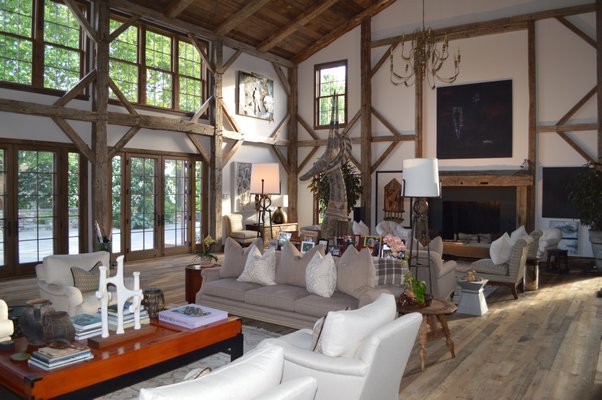 Joan and George Hornig's art barn in Water Mill serves as a venue for events, including a Clinton Global Initiative with all three Clintons later this summer. CHRIS ARNOLD 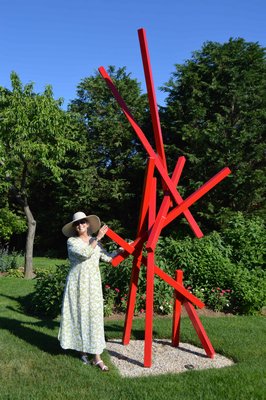 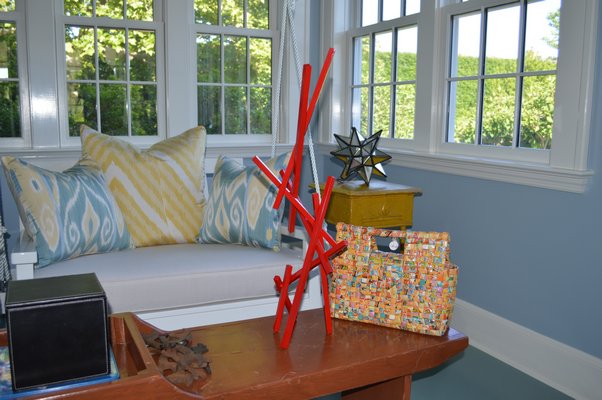 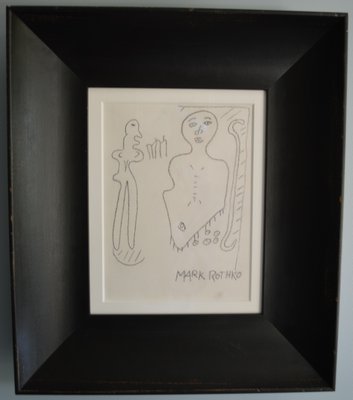 "I love drawings," explains Joan Hornig, and who doesn't? Especially if it's a charming and arresting one by Mark Rothko, hung unassumingly in a hallway. CHRIS ARNOLD 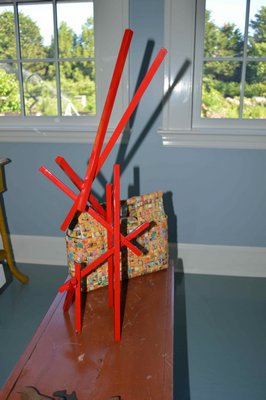 A Vaiasuso sculpture maquette juxtaposed with a a $6 South African artisinal handbag made from gum wrappers. CHRIS ARNOLD 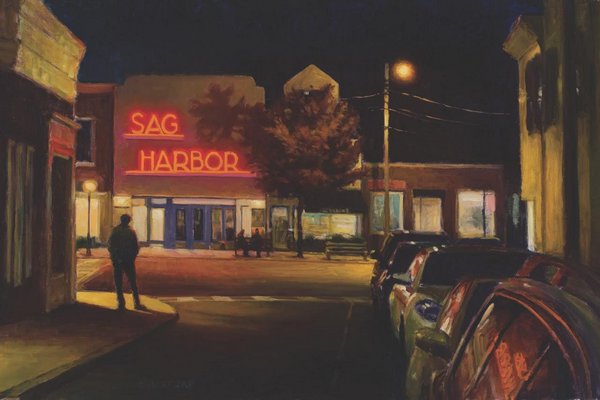 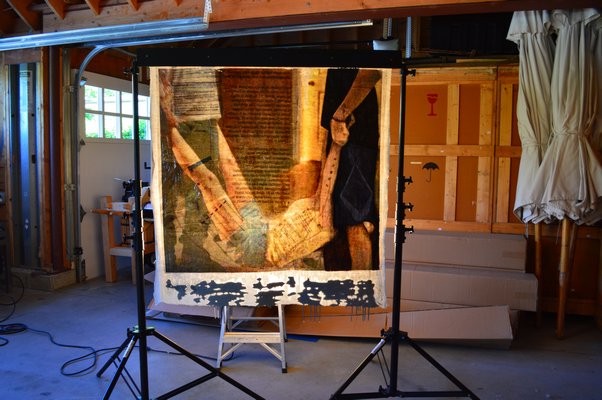 Stephanie Farr's "U" on display in the Hornigs' garage. "U" describes the shape that the Steubenville rape victim's body was in as she was carried in the memorable photo of the incident. Print on the art is from contemporaneous tweets, texts and news about the incident. CHRIS ARNOLD 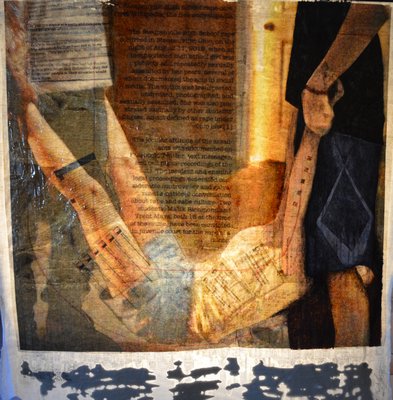 Stephanie Farr's powerful and disturbing work "U" depicts a scene from the Steubenville rape case. It caught the eye of Beth McNeill, who now represents the artist in her Southampton gallery. CHRIS ARNOLD

Let’s say that you’re a writer, and you’ve been assigned a feature about interesting private art collections in the Hamptons. And let’s imagine that an art world chum has suggested you check out Joan and George Hornig’s Water Mill estate, at which you arrive one Sunday lunchtime after a long drive from the city.

So, predictably, before starting the interview, you may need to use the restroom. And while washing up, you can’t help but notice the name “Lichtenstein” scrawled on a framed drawing. On another wall a drawing is signed “Francis Bacon.” Oh and here’s one by Cy Twombly.

Well you would assume then, wouldn’t you, that you had come to the right place. I mean right here in the loo there’s basically a primer on 20th-century modern art.

So then of course you can’t help but comment to Joan Hornig, a soft-featured lady in a cool, long and loose dress, “Holy cow, that is some collection in the powder room!”

“Well, I suppose if you have to mention those headliners in your piece to draw readers in, go ahead. But that’s really not what this collection is all about.”

What the collection is all about, it immediately becomes apparent, is walking, because there is a lot of ground, both literally and figuratively, to cover.

As we make our way into what Ms. Hornig describes as a “worker’s house,” I ask how many buildings are on the property.

And is there artwork in all of them?

So no dawdling then as we begin viewing what is a vast, diverse, puzzling, involving and utterly unique collection of paintings, sculptures large and small, mixed media, crafts, African art chandeliers and lighting fixtures, and video installations.

“Art needs to be consumed. I am a consumer of art.” Ms. Hornig champions young artists, local artists, artists from impoverished nations, you name it. Just about every single wall in every single room of every single building is hung with art or laden with objets d’art. Hundreds and hundreds of pieces.

And not only does she support artists by patronage, she promotes them by selling, with casual shows in her garage (yes, we’ll get to that) and by donating 30 percent of each sale to the purchaser’s charity of choice.

We don’t have a lot of time. There’s lunch being prepared for what looks like 20 people. All sorts of neatly julienned vegetables and crumpled cheeses are lined up on spotless counters by cheerful and friendly workers.

George Hornig, a senior managing director and COO of Pinebridge Investments, is busily going over seating charts for his 60th birthday, to be held here in just a few days. Later he smiles as he walks by, mouthing the words “business call,” when asked if he will pose for a picture.

But before that major production they have the Tony Awards tonight. They are investors in “Beautiful,” the Carole King bio-musical on Broadway, and they have their fingers crossed. The show is nominated for seven Tony awards (and will win Best Performance in a Musical by actress Jessie Mueller). “We’re hoping if it does well there’ll be a road tour, like ‘Jersey Boys,’” Mr. Hornig mentions.

Then there’s tomorrow night, Ms. Hornig is being honored by the Fashion Institute of Technology for her philanthropy. It turns out that in 2003, she left a Wall Street career to launch Joan Hornig Jewelry, which donates a shocking 100 percent of its profits to charitable causes. Largely 18-karat gold, it is sold in fine stores such as Bergdorf Goodman (whose creative/fashion/everything director Linda Fargo will share the stage with Ms. Hornig as an FIT honoree) as well as at JoanHornig.com. In its roughly 10 years in business, and in conjunction with the Joan Hornig Foundation, Joan Hornig Jewelry has contributed to over 800 distinct charities.

So briskly we march from cottage to house to barn to garage, etc., via curved pebble pathways through a full-scale outdoor statuary, with Ms. Hornig chatting away calmly as her visitor stares agog at the staggering amount of visual information to take in.

“I buy from everything, everywhere. I buy from the annual Clothesline Art Sale at Guild Hall,” she explains, where a $10 entry fee allows an artist to display up to five works (scheduled for Saturday, August 2, this year). I’m fascinated by an artisanal handbag made of gum wrappers from a South African market juxtaposed to the red maquette (a scale model) of a 15-foot-high steel sculpture that sits outside on the lawn by Joey Vaiasuso of San Diego (www.joeyvaiasuso.com). Just out of curiosity, I ask how much the intricately woven bag may have cost? Ms. Hornig shrugs. ”I don’t know ... maybe six dollars?”

Later I see another Vaiasuso model, this time in white, is it another of the same sculpture? “No, it’s a different one. I just like maquettes.”

In one cottage, I spy a set of white headphones with conch shells for earpieces. “You can put them on while you sit here and read. There should pairs all over the place, I wonder where they are ...,” her voice trailing off.

But don’t be fooled by Ms. Hornig’s low-key demeanor as she conducts the tour of the collection, which she describes as “casual, yet excited.” She graduated Phi Beta Kappa as a fine arts major at Harvard.

Time to go to the garage.

At first I wonder why I am standing here looking at a bunch of elaborate plywood containers. But I notice a few hooks. Ms. Hornig gives a quick, impossible set of instructions to some staffers asking about four or five different artworks.

Then in an instant there is a back-lit, striking and disturbing painting by Stephanie Farr (www.stephaniefarr.com), titled “U.” It is a photo-based work, with print and fabric. Why does it look familiar?

“It’s the famous photo of the young woman who passed out and was carried by her two rapists in the Steubenville case. ‘U’” refers to her shape. If you get close you can read a tweet or something from one of the bystanders: “The girl asked for it, and in my opinion they gave it to her.”

“I like art that sends a message, that informs and illuminates,” Ms. Hornig mentions.

But why has she staged it here in the garage?

“It started a few years ago,” Ms. Hornig recounts as more pictures appear. “Mark Milroy [www.MarkMilroy.com] painted a portrait of me, came as a guest and hung it in the garage, then he put a sign that said, ‘Garage Guest Gallery,’ and we hung some other pictures and sold them. So it became kind of a thing.”

While 30 percent of the purchase price of each artwork goes to a charity of the buyer’s choice, the balance goes to the artist.

A gentleman named Terrance Landman appears and is introduced, as his abstract “Unnamed, 2013” is hung for me to admire. I learn that he is having a garage show in early August. And how did Joan and Terrance meet?

So now we are off to the Barn, an enormous old thing just bursting with a nice woody smell.

Here is where they throw the “big” parties. There’s one coming up ... a conversation with renowned local artist Chuck Close. “But don’t publicize that, there’s really no more room.”

On August 9, there is a fundraiser for the Clinton Global Initiative. “All three of them will be here. You can mention that, I suppose, but when all three of them are together, the tickets sell,” Ms. Hornig mentions.

I see another back-lit photo essay by Stephanie Farr. This time the topic is “Roofies,” date rape. Is it creepy to say that it is really pretty and engaging?

It occurs to this writer that not all of this can make it into the story. “Oh I know,” Ms. Hornig reassures. “Just try and get them to consume as much of the art as you can, and I will be happy.”