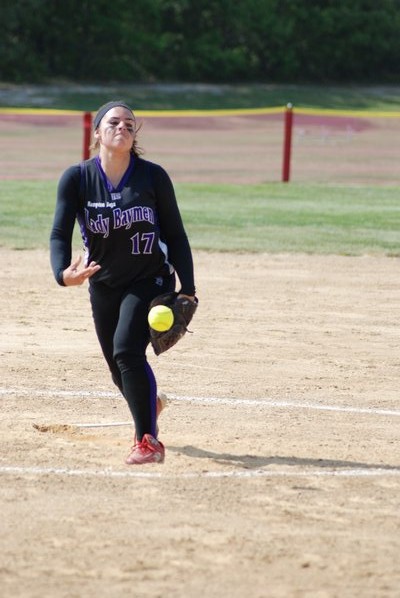 Southampton Town will tap Steven Troyd, a 28-year law enforcement veteran with the Federal Bureau of Investigation, to head the municipality’s newly created Department of Public Safety and Emergency Preparedness.

Mr. Troyd, who is expected to be appointed to his new post by the Town Board at its next meeting on August 22 and will earn $105,000 annually, will be responsible for overseeing the town’s code enforcement, animal control and fire marshal’s offices, along with the emergency preparedness division—all of which is now grouped together under the umbrella of the new Department of Public Safety. The new department was created earlier this year and added to this year’s budget by Town Supervisor Jay Schneiderman.

A Brooklyn native, Mr. Troyd began his career with the FBI in 1988 as a security patrol and complaint clerk in the Brooklyn-Queens resident agency. From there, he became an investigative specialist in the bureau’s special surveillance group, conducting national security investigations.

He graduated from the John Jay College of Criminal Justice in New York City in 1992 and was appointed as a special agent in the FBI two years later. Mr. Troyd said he investigated bombing evidence from the first terrorist attack on the World Trade Center in 1993, when a truck filled with explosives was detonated below the North Tower, killing six people and injuring more than 1,000.

He was assigned to several high-profile investigations over the years, including the terrorist attacks of September 11, 2001, and, two months later, the crash of American Airlines Flight 587 that went down almost immediately after takeoff from John F. Kennedy Airport, killing all aboard and several people on the ground in Queens.

When he starts his new role with Southampton Town in September, Mr. Troyd said he will immediately focus on emergency preparedness efforts, working in coordination with the Town Police, and revamping the town’s code enforcement efforts, cracking down specifically on overcrowding.

“Overcrowding is an issue,” Mr. Troyd said on Tuesday. “It’s a sanitation issue. It’s a school issue. It touches on so many points in people’s quality of lives.

“That’s something that we’d have to take a look at early on,” he continued. “That’s the genesis of many other problems.”

In a press release announcing Mr. Troyd’s pending appointment, Mr. Schneiderman said he intends to include funding in next year’s budget to allow for the hiring of an additional code enforcement officer. That individual, he continued, would focus on the enforcement of environmental regulations, freeing up the other five code enforcement officers so they can turn their full attention to housing code violations.

“Our ordinance enforcement division has suffered from a lack of daily supervision and oversight,” Mr. Schneiderman said in a statement. “That is about to change. Our town has enacted strong codes to protect our quality of life. The laws need to be vigorously enforced.”

The press release also illustrates the town’s new three-pronged approach to addressing overcrowded housing and other quality of life issues. It notes that the appointment of Mr. Troyd will “maximize the effectiveness” of code enforcement. Additionally, Diana Weir, through the newly formed Office of Housing and Community Development, will continue to work to create affordable housing opportunities within the municipality. The final prong involves efforts to revitalize areas like Hampton Bays, Flanders, Riverside and Northampton through infrastructure investments.

“We need to find innovative ways, thinking outside the box, to resolve these issues,” said Mr. Troyd, who added that he and his wife of 27 years, Denise, are considering relocating to the East End. “There’s a three-pronged approach but, to me, it’s all about coordinating.”

Although he enjoyed his time with the FBI, Mr. Troyd, who has two adult children, said this week that he is ready to branch out and start a “second career” in Southampton. “I think it’s part of growth,” he added.