Looking Back On The 2010s In Gardening And Horticulture - 27 East 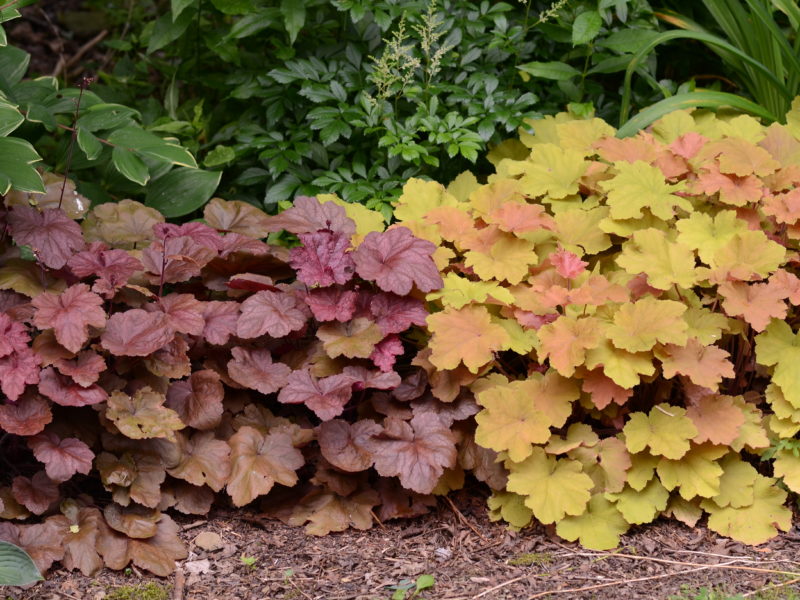 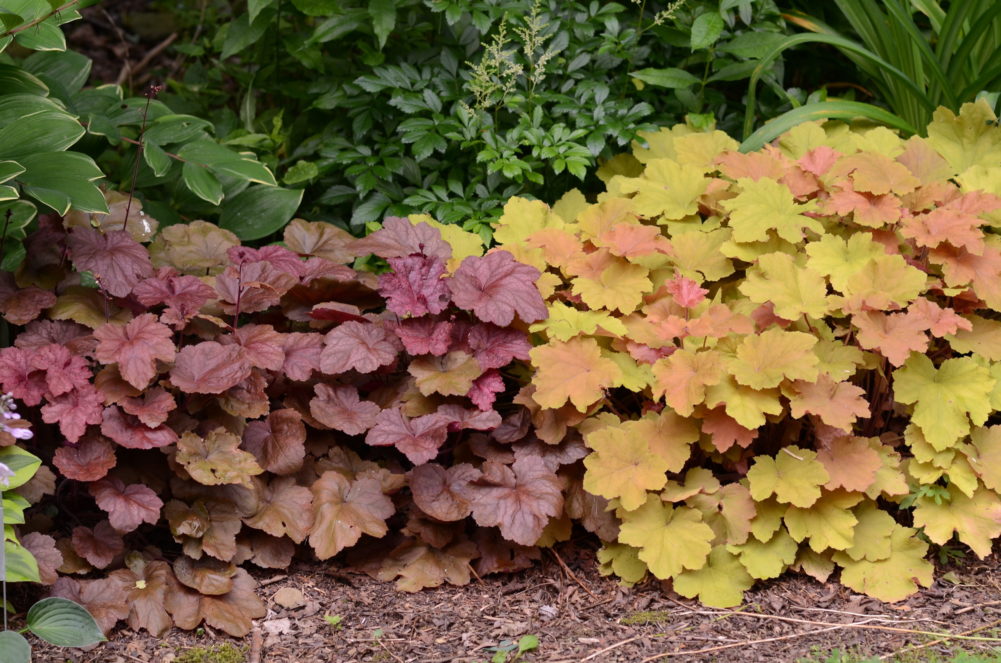 Heuchera “Beaujolais” (left) and “Caramel” (right) are my favorite Heuchera color combinations. Both do well in light or high shade and will burn in full sun. Both are relatively hardy but expect to make some replacements after two to three years. ANDREW MESSINGER 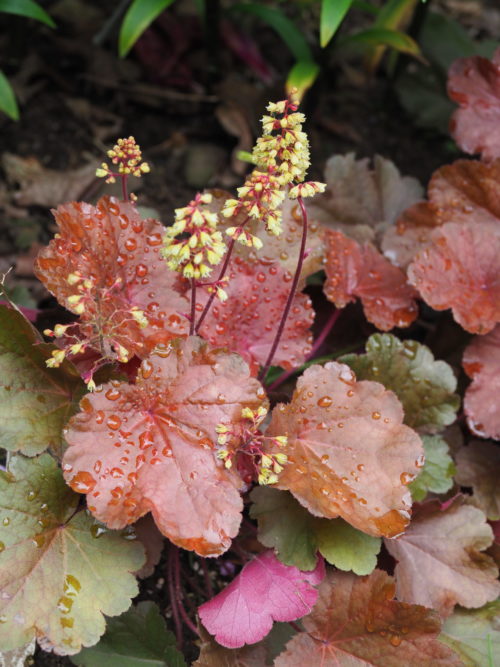 Heuchera “Blondie Little Cutie” was an introduction of the twenty-teens. It’s proven to be reliably hardy, compact and is one of the few Heucheras to have attractive yellow flowers in the summer. It makes a great edger. 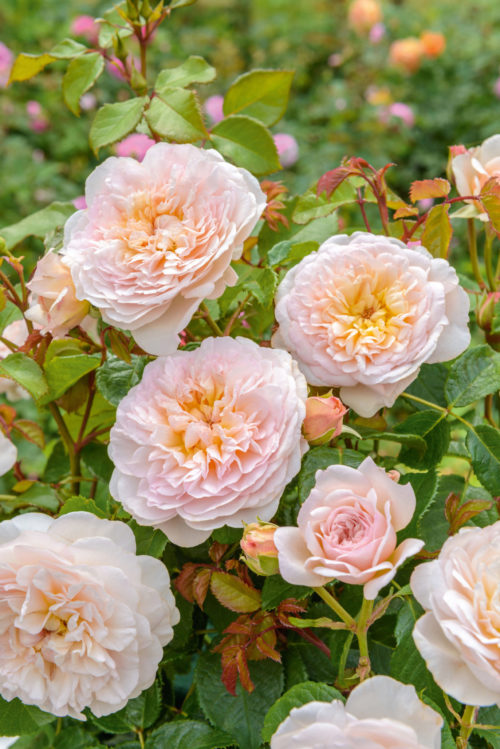 Though David Austin passed away in 2018, we will be fortunate to have his roses and new introductions into the next decade. This English Rose, Emily Bronte, is one of Austin’s 2020 introductions growing 4 feet tall and nearly as wide, with each flower having up to 100 petals. It’s named after the English author of “Wuthering Heights.” COURTESY DAVIDAUSTINROSES.COM 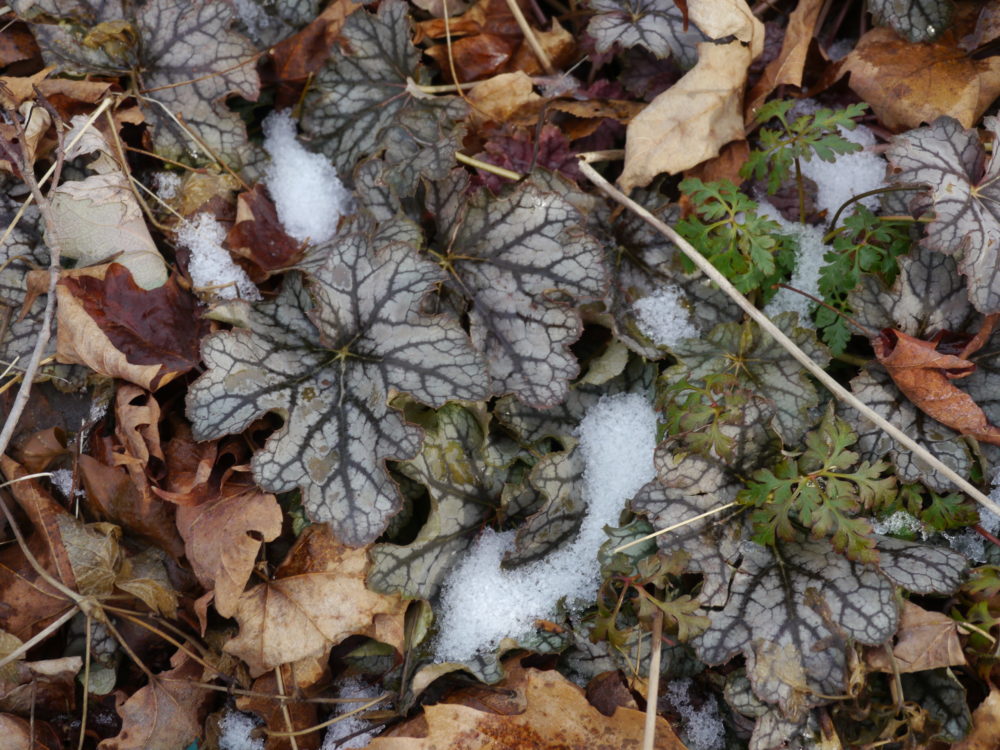 Heuchera “Mystic Angel” is not only hardy but can often retain its colorful foliage through the fall and into the winter. This photo is from late December. ANDREW MESSINGER

It’s not just 2019 that’s rapidly coming to an end but an entire decade. The past 10 years in the world of gardening and horticulture have been pretty spectacular, so this week let’s take a look back to see what’s happened.

The most striking phenomenon has been the rapid acceptance of organic gardening and organic foods. It was the long-time dream of Jerome Irving Rodale to make organic gardening and farming the mainstay of American agriculture and horticulture and, for the most part, that dream is finally being realized. But alas, Rodale was seen as a quack to many. The Rodale publishing empire, including books and magazines, has withered away. But few, if any of us, will go back to the days when our gardens and groceries were laden with pesticides and when we had no choices or options. So, the twenty-teens was certainly the decade that saw organics mature and bloom.

It was also a decade when we saw great turmoil in the commercial horticulture world. Many of the major seed houses that we knew and trusted have either disappeared or are now under new corporate ownership. Park Seeds, Burpee, Jackson & Perkins, and Wayside Gardens are now names and brands owned by much larger agribusinesses. David Austin, who brought us dozens and dozens of new hardy and disease-resistant roses, passed away, but his roses and his breeding work will live on for generations.

In the world of shrubs, we saw an explosion of new hydrangea varieties and colors. Once just a few species in blue, pink and white that bloomed and were gone, hydrangeas now have myriad colors and flower styles that, in some cases, will bloom for months instead of weeks. But the rush to breed these new varieties has led to confusion and consumer discontent. The hardiness on some varieties is questionable and the promised nonstop blooms are, well, sporadic, though in some cases they’ll give two strong blooming seasons a year. But the deer don’t care, since a deer-resistant variety is still our dream. In the meantime, they do their thing. If we could only teach the deer which ones to prune and when.

It still remains to be seen if the twenty-teens was the decade that saw the demise of a major shrub component in many gardens, the boxwoods. Boxwood blight is playing havoc with this timeless shrub that may have met its match in a disease that can be “masked” but, so far, not eradicated or stopped.

In the world of perennials, my world, there have been hundreds of new introductions. But again, you and other gardeners complain that many of the new introductions are short-lived or not hardy at all. It seems that every year there’s at least a dozen new Heucheras, but if you don’t know who the genetic parents are you may not know how hardy they are. And that information is often hard to come by. And yet, we still pay $15 to $25 for large potted plants and often replace them every year as if they’re annuals. Pay attention to those that survive year after year and concentrate on them.

The issue has been the same with Coreopsis in both the verticillata and lanceolata species. Every year, new colors, new claims of hardiness and remarkable pictures in the catalogs come along with glowing reports from the breeders. But when I talk to you and hear other gardeners, the reports are not quite so glowing. And, again, we end up using many of these as annuals in spite of what it says on the tag, like “hardy to zone 6.” In my dreams.

And let’s not forget the “temperennials.” These are alleged perennials that aren’t hardy up here. They coined a new word, but we used to call them annuals or tender perennials as they’re simply perennials that don’t survive our winters. Same price or more than perennials, though. These seem to be mostly new varieties of Digitalis, and some are sterile so you can’t even collect the seed and grow more on your own. It’s like marketing tomato plants as perennials. And yes, technically, tomatoes are indeed perennials, but in their native South America, not in New York.

The twenty-teens also brought us some interesting developments in the world of herbicides. Corn gluten began to be marketed as an organic herbicide. While its effectiveness is limited, it is an option that some use in their vegetable gardens and fruit trees. In lawns, not so much. There was also some work done on a liquid herbicide that’s organic and has the ability to stop plants from growing. Many of these are oils, soaps and mild organic acids (citric and acetic) that desiccate and kill plants as does horticultural vinegar. But they are nonselective and are rarely effective on perennial weeds, which regrow from the roots. There is promise for a biological herbicide that we may see widely marketed in the next few years.

And then there’s Roundup, or glyphosate. Once thought to be perfectly safe, we are no longer perfectly sure about that. And for many, the two words Roundup and glyphosate are synonymous. Yes, Roundup is actually a trade name now owned by Bayer, and there have been a few failed attempts to market other herbicides under the Roundup name. They have not done well and can be dangerously confusing to consumers. And the Roundup-ready seed that farmers use? That also is turning into a bit of a debacle, but you can read about that elsewhere.

There was much better news in the area of insecticides that were mass marketed and “matured” in the twenty-teens. Spinosad, Azadirachtin (neem oils) are just a few, but there are also new biological fungicides and miticides that have come to market as well as highly refined horticultural oils, mineral dusts like kaolin clay (Surround) and citrus plant extracts as well as rosemary extracts. Why the sudden flood of these organic options? In a word, marijuana, or, to be technical, Cannabis. It’s big business now, and growers of pot, be it for THC or CBD, can only use organic pesticides based on the laws in states (and Canada) where commercial growing is legal. And there’s more good news to come.

We learned an incredible amount about trees in the twenty-teens, and that’s been applied to our landscape and urban arboriculture as well as fruit trees. We understand the role of tree roots so much better than we did 10 years ago. We now know that tree roots can continue to function well into and sometimes through the winter. We once thought they went dormant. We know so much more about transplanting and have become so much more successful at moving large trees and shrubs based on what we’ve learned about their roots and the microbes that live around them. Biostimulants have become critically important, and tree fertilizers less so.

In orchards, fruit trees are more likely to be grown on a trellis system instead of on leaders and branches that could grow 20 feet tall or taller. This has reduced the labor costs for maintenance and harvesting, increased yields and reduced the use of pesticides. Trellising at home? Think espalier.

Lastly, greenhouses. Did you know there’s a boom in the greenhouse business? Not home greenhouses, but commercial ones. Big ones, really, really big ones. There’s one that’s just being completed in Oneida that covers 54 acres. Large greenhouse ranges used to cover eastern Long Island, where orchids, roses and tropical plants were grown and shipped up and down the East Coast. Most of those operations moved down South, but these new greenhouses are being built in rural New York as well as in urban sites. What’s being grown in them? Salad greens, tomatoes, cucumbers and berries. A Canadian firm now has millions of acres of greenhouse space in the United States as well as in Canada, and you’ve probably eaten lots of veggies that were grown in them.

The other big greenhouse crop? Cannabis, again. This crop is also grown in commercial greenhouses, and there are hundreds of thousands of square feet of greenhouse space being used for growing marijuana in the United States and Canada. A decade ago, before the twenty-teens — nada. For all of these operations, the twenty-teens saw the introduction of LED lighting to supplement sunlight. It’s inexpensive and opening all kinds of new growing opportunities.

So, bye to the last decade and what it’s enabled us to grow. Onward to the 2020s and, of course, keep growing.